Will a dSLR and compact camera produce the same bokeh output at f/2.0?

No. The sensor size plays a major part in bokeh. Sensor dimensions of your dSLR are about 3 times bigger than sensor of the compact, so a photo taken with compact's 5.1mm f/2 will look similar to one taken at 16mm f/6.3 using APS-C sensor. Also, the shorter focal length will reduce bokeh effect, because wider angle of view means more background has to fit into same image space and therefore each background object will be projected smaller (more dot-like, i.e. sharper).

Here's a quick comparison of two photos with similar subject, both at f/2, first taken with a compact camera (at its widest focal length) and second with a dSLR (58mm lens): 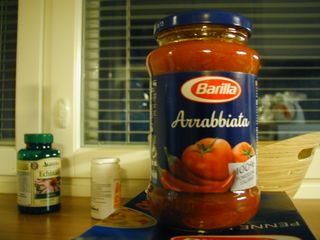 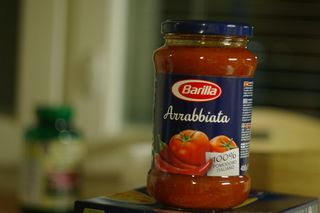 The angle of view will be similar near the longer end of the LX5 lens, where maximum available aperture is f/3.3; to see how its bokeh would look like, set your 50mm on D80 to f/10.

Here's a quick comparison of two photos with similar subject and similar angle of view, first taken with a compact camera (at its longest focal length) at f/3.2, second taken with a dSLR (58mm lens at f/11): 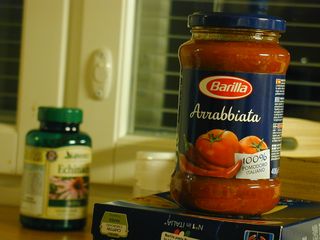 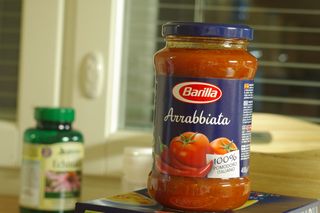 To get bokeh effect on a compact camera, you have to pay up for a large sensor, such as in Fuji X100 or Sigma DP2. And even then, the effect will be weaker, because the angle of view of those cameras is wider than your 50mm on a dSLR. Or, you could rely on some alternative techniques to get good background separation.

The two cameras you mentioned will have different subject distances if you want to compose the picture the same way i.e. to cover the same area of frame, as effective focal length of a lens varies greatly with sensor size. DSLRs have much larger sensors compared to prosumers and point and shoot cameras. (The size ratio of the sensor to the standard 35mm sensor is called the crop factor of the sensor) In effect, they will have different bokeh.

f/2 is f/2 is f/2. That's the ratio of the focal length divided by the aperture, which is basically a measure of the light that is coming into the camera.

Bokeh is simply the Japanese word for "blur". What we call bokeh is just the parts of the photos that are outside the Circle of Confusion. Some people (such as this guy) will have you believe that bokeh is the quality of the blur and not the out-of-focus areas themselves. It's generally held that the more blades in the diaphragm (it sets the aperture), the better (more pleasing) the quality of the bokeh produced by that lens.

Consider this: a shot on 35mm film with a 50mm lens set at f/2 and 2m distance of a very large painted grey wall that is perfectly illuminated has constant brightness across the film. The center of the film is no less dark than the outer edges. The circle of confusion doesn't change at all. The lens doesn't care that you've put it on a Leica III (Model F) loaded with 35mm Tri-X or if you've put it on an Epson R-1D (which has a "crop factor" of 1.6 due to its sensor size). The only thing that will change is the real-world area of the image (e.g. the entire car vs. just the passenger doors when shot from the side) when identical settings and vantage points are used.

All the numbers on a camera with regards to focal length and f-stop are typically given in 35mm equivalents, thus a f/2 aperture with the zoom set at 50mm focal distance on a pocket camera is going to be the same as a f/2 aperture on a Leica Summitar mounted on a Leica and will give you the same out of focus area just less total area photographed, due to the reduced size of the imager.

There is no objective measurement of bokeh as such, it is very much an aesthetic quality that can't really be quanitified. However, it is generally considered to be 'better' when the following apply:

Depth of field is a function of aperture, but it is actually directly related to the absolute size of the aperture, not just its relation to the focal length, which is what the f-number refers to. The two lenses you specify will have an aperture diameter of 25mm in the case of the 50mm lens, and 12mm in the 24mm lens, meaning the depth of field is greater in the 24mm lens.

By these measurements, the 50mm lens, with its larger physical aperture, is more likely to provide 'better' bokeh, on the assumption that both lenses, when wide open, will have perfectly circular apertures.

No, a compact and DSLR won't product the same bokeh. All of the answers given thus far are entirely correct, however there is a more fundamental reason they create different results: bokeh is the result of the number of aperture diaphragm blades and the optical formula used to create the lens. In other words, two different lenses will have different bokeh -- that's all there is to it.

Now, two different lenses could produce very pleasing bokeh, and could even produce very similar bokeh. But remember that the bokeh is first a result of the lens you use and it's easy to tell that the results are most likely to be different.

Not the answer you're looking for? Browse other questions tagged dslr bokeh compact-cameras or ask your own question.

121
What is bokeh, exactly?
46
How can I maximize the “blurry background, sharp subject” (bokeh) effect?
68
What exactly determines depth of field?
36
Why does a bigger sensor lead to a shallower depth of field?
25
Can a smaller sensor's “crop factor” be used to calculate the exact increase in depth of field?

6
Is depth of field and bokeh influenced by distance to the subject?
4
Can this cheap tilt-shift compact camera produce good results?
6
Do compact and DSLR cameras have the same sensor size if they have the same number of megapixels?
2
Is 24mm F/1.8 Prime lens blur bokeh is good (not distorted face) for portraits
5
Why are my Close-up Photos Underexposed with the EF 100mm f/2.0 USM?
2
Will 50mm f1.4 and 85mm f1.8 lenses produce the same bokeh, given the same framing?
2
Does amount of background blur change with focal length given equal framing?