Where does the noise come from in a long exposure?

I created another test. This time I exposed for 36 minutes, because I wanted to test star photography. This is not meant to be a nice photo; I really just tested.

Camera was inside the house behind the window (it is too cold to go out) in dark. Minimal light from other room came from behind the camera. It is a Canon EOS D1000 set on BULB, F29, ISO800

The question is: Where do the blue and red dots (noise) come from? 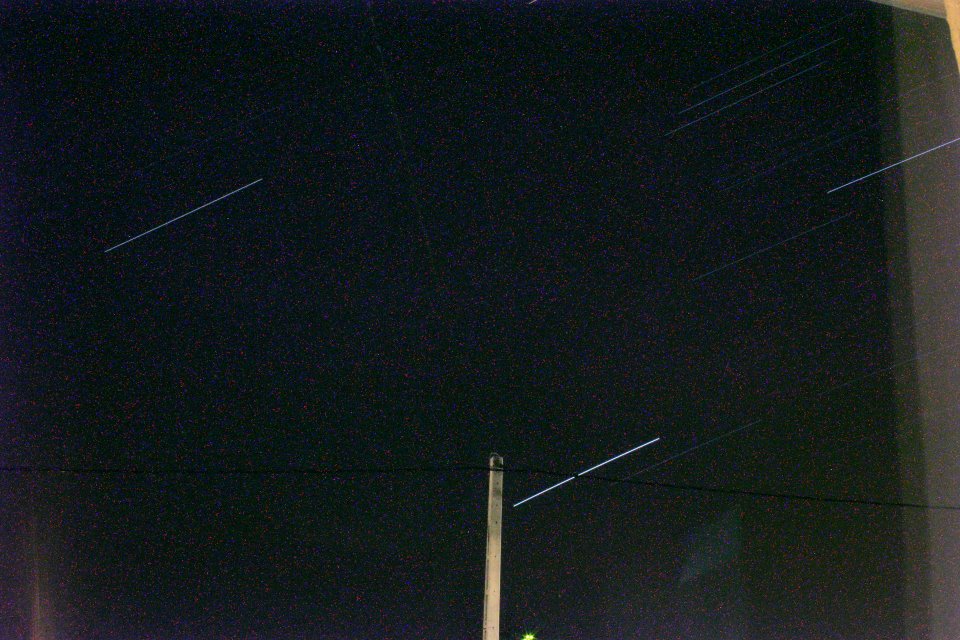 Well, perhaps you should have gone out after all :)

The noise is thermal noise, which will become noticeable as your sensor heats up during a long exposure. In astrophotography, it's quite a common problem.

Some ways to reduce such noise:

The Stanford CS178 lectures have a slide deck on Noise and ISO, which I shall attempt to paraphrase. There are several sources of noise, but the 3 biggest causes of noise in this photo are likely:

Photon shot noise Photons arrive probabilistically following a Poisson distribution. This means is there is a sqrt(intensity) variance in the recorded intensity of a light source. For darker images, sqrt(I) is very close to I, which causes significant noise. You can't really avoid this problem except by taking pictures of brighter things :)

Dark current Electrons in your camera's CMOS sensor are dislodged by thermal activity. Unless you live in a bucket of liquid nitrogen, it is too hot for you to avoid this type of noise. Going into the cold outdoors would reduce it. User Edd also points out that your camera has a Long Exposure Noise Reduction function, under C.Fn-3, which uses dark field subtraction in the camera to average out a lot of the thermal noise.

Read noise Heat causes the circuits that read out the data from your image sensor to record more noise. (This effect is reduced in CCD cameras.) Since you have a Canon, which uses CMOS, go outside into the cold.

Not the answer you're looking for? Browse other questions tagged noise long-exposure noise-reduction or ask your own question.