What types of digital cameras are out there?

Everything I come across while researching digital cameras for the most part falls into two categories: Point-and-Shoot and SLRs.

Are there any other types of cameras, be it professional or consumer, and if so, are there any advantages or disadvantages over point-and-shoot or SLR?

Note: I am not referring to "special" cameras that are specifically developed for a certain use; I am looking for a general overview. I'm also only interested in digital, not in film cameras.

Other camera types that I can think of, in terms of digital, would be:

However, even in the two you really know about, the variation is enormous. Not all P&S cameras are made equal and for the SLR world you have:

Note that some of these cameras blend or bleed between tiers, but the feature sets on the cameras do tend to lend themselves to one of those 4 tiers.

Anyways, that's my synopsis. I'm sure others could expound upon this much more.

The Lytro cameras are a recently introduced type of camera that I guess fits in the entry level or point & shoot category. They are marketed as "light field cameras". With this camera you can take pictures without focusing. The focusing is done as a post-process in the computer, the camera is said to capture enough information to allow you to place the focus anywhere, even create multiple versions of the same picture with different focus points and DOF.

The cameras are not available yet, so not much is known about them. While I have no use for such a camera, I admit that the demos at the site above are impressive.

I would like to add Pin Hole cameras here, as they are really fun to us, and can be made at home out of almost anything. 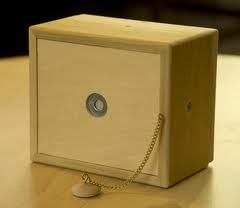 Most modern video cameras can also take stills much the same way as some of the newer models of DSLR such as the Sony a77 or Nikon D300s can take video as well as stills.

However we find that DSLRs are becoming more and more common in film making and we do not see many Video cameras competing in photography. The Canon 5D MK II has been used for the whole fianl episode of House

Not the answer you're looking for? Browse other questions tagged digital camera-basics body camera-types or ask your own question.