What are the differences between an entry-level DSLR and a Canon PowerShot?

In other words, is it necessary for an amateur to own a DSLR over a point and shoot camera such as a Canon Powershot?

The 1st difference, and arguably the most important one, is the image sensor's size. DSLR has an APS-C or Full-Frame (35mm) sizes CMOS sensors, where Powershots have much smaller, some CCD some CMOS sensors. this translates to superior image quality in terms of digital image noise - the larger the sensor, the less noise is apparent in the image. In this picture from Wikipedia, the 1/1.6" and smaller rectangles are the realm of P&S: 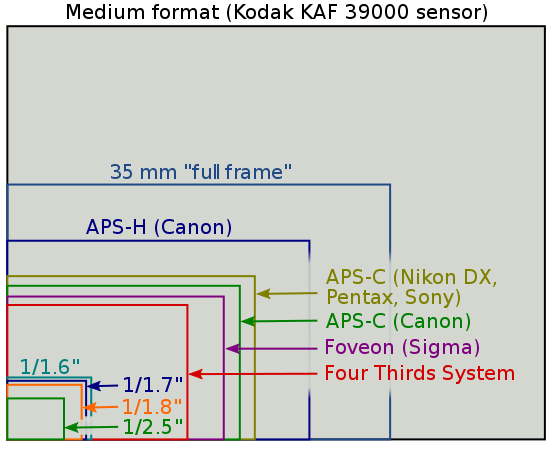 Also important is the fact that DSLR have interchangeable lenses, as well as TTL (Through The Lens) Optical Viewfinders which lets you see what the sensor sees.

DSLR are generally quicker than P&S, and occasionally have more features (but not necessarily, as the Powershot line has compatible CHDK alternative firmwares which enable many of the DSLR features).

Is it "enough"? This is a very subjective question. Given the price tag, the different size and weight group and more factors, only you can evaluate the "enough-ness" of a P&S camera to your needs.

What are the differences between an entry-level DSLR and a Canon Powershot?

The main differences between Canon's dSLR bodies and the Powershots are:

The EOS M mirrorless series is the weird midpoint hybridization of these two types of cameras. The EOS M bodies allow you swap lenses, and use the larger APS-C sensors the lower-end dSLRs use, but you are still limited to liveview for composition and may lack a viewfinder or flash hotshoe.

... is it necessary for an amateur to own a DSLR over a point and shoot camera such as a Canon Powershot?

No. My personal criteria for a "serious" camera is RAW, PSAM modes, and (optionally) a flash hotshoe, all of which can be found on Powershot models (albeit the higher end ones). A smaller sensor and a fixed lens can limit what you can shoot and the effects you can achieve, but within those limits, you can still take great photographs if you have good technique. The reasons to go with an EOS M or EOS digital camera would be if you need to go past those limits.

These days, older used dSLR gear is abundant at prices that are similar to those of new Powershots, though. So, if you're thinking of a Powershot as simply a way to save money, understand, that your major price savings with a Powershot will be in not buying lenses, not in the camera prices.

See also: What do I need to consider to choose between dSLR, mirrorless, or a compact as my first "serious" camera?

3
What are practical advantages of Compact cameras over DSLR?
0
Comparing PowerShot SX160 and EOS 1100-D
25
What makes a DSLR better than a Point & Shoot?
23
Why don't compact digital cameras have the aperture range of DSLRs?
17
What do I need to consider to choose between dSLR, mirrorless, or a compact as my first "serious" camera?
13
What are the differences between a bridge camera and a DSLR?
4
Is it possible to combine compact camera portability with professional SLR quality?
2
Beginner photography - Low end DSLR vs mid/high end Point and Shoot/P&S?
5
What does a more expensive camera offer over cheap ones — and why are they so much more expensive?
0
Switch from T3i to Fuji X20?
See more linked questions

5
Is there any way to stop down the aperture of a Canon PowerShot SD780 IS?
10
Do point and shoots exist which can get close to what DSLRs can produce? (And where could I find one?)
6
Which mode should I use on my camera?
2
Differences between DSLR and DSLT?
2
Beginner photography - Low end DSLR vs mid/high end Point and Shoot/P&S?
2
Looking for features on entry-level DSLR cameras
0
I changed my Nikon DSLR settings and now images are blurry — what to do?
4
Why is the Depth of Field Preview button necessary?