Does Picasa for Linux support RAW from a Canon 7D?

I'm running Ubuntu (Lucid) and have installed Google Picasa using the Synaptic Package Manager. The current version of Picasa for Linux is 3.0.0 Build 57.4402.

Currently, it renders my RAW images as thin pink rectangles. Is there any way I can get Picasa to handle my RAW files? I know my RAW format is supported in the current Windows version. 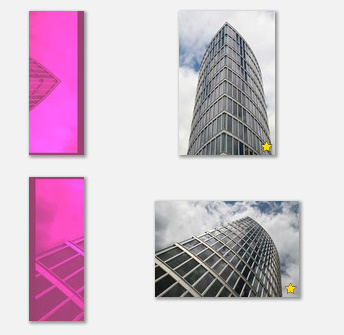 That behavior is pretty typical for Picasa when it doesn't support a given format correctly (older releases had similar behavior with Nikon NEF files, and new Canon RAW formats as they are released):

If the windows version is working for you, I'd suspect it's simply because the Linux release is quite out of date (the version you posted is the most recent release for Linux, as of the time I'm writing this). As chills42 mentioned, you might try running the most recent Windows release on Wine, or look into native alternatives like Rawstudio, Shotwell, or F-Spot.

The Linux version is only a beta, and google seems to have discontinued updates.

It looks like some people in the picasa for linux user group are having a better time using the windows version installed through wine.

Assuming it doesn't, based on the images, you could pre-process your images with something like DCRaw (which does support the 7D and about 400 other cameras) into either 8-bit or 16-bit images (depending on whether or not you want to keep the full 14-bits of info from your 7D).

With the -T option, DCRaw will generate a 16-bit TIFF with metadta. Otherwise I believe it makes 8-bit JPEGs.

Not the answer you're looking for? Browse other questions tagged canon raw linux picasa canon-7d or ask your own question.

27
Is there something similar to Adobe Lightroom for Linux?
5
Is there any Linux software that can import picasa.ini edits?
8
How to do the same crop on a batch of photos?
1
Is there software to integrate photos stored in different cloud solutions with my local collection?
2
How do I make my Windows 7 (VirtualBox) VM talk to my EOS 50D using EOS Utility?
13
How to migrate from Picasa to Lightroom?
3
How can I physically rotate a digital photo under Linux?
0
How to open .NEF raw files(Nikon Raw Files) in windows 10 without lightroom?
0
darktable “lighttable” view: how to show only one of each JPG or raw image in a directory?