How can I tell if two pictures were taken with the same camera without metadata?

Is it possible to identify images (without exif data) and link them to the exact same camera? If so, I'd like some software recommendations to get the job done.

I have two photos that I'd like to compare whether they were taken with the same camera or not. They both seem to lack EXIF data but I am sure I've heard of other hidden fingerprints to be found within the images.

For instance, sensor noise should be rather consistent if the photos were taken with the same camera, pretty much like firing a handgun and the bullet gets unique marks. I've also heard that the camera manufacturers sometimes add a hidden watermark which can be read with some special software.

For instance, sensor noise should be rather consistent if the photos were taken with the same camera, pretty much like firing a handgun and the bullet gets unique marks.

Bingo - that's right on the money.

There are two aspects research aspects that I'm familiar with when I worked in this area in 2006-2007. The first was the identification of the make and model of the camera and the second was identifying if a specific camera took a specific image.

However, the algorithms and techniques to do this are patented. I believe US Patent 7,616,237 is relevant to your particular question. It cites the work of Jessica Fridrich, Miroslav Goljan, and Jan Lukas and also provides a number of research papers on the subject. Unfortunately, I'm not familiar with any publicly available software (commercial or otherwise) that implements this technique. The work that I was doing was on behalf of the US Department of Defense, who supported the research that went into this patent.

If the sensor has hot pixels and these pixels are not removed from the photos, then you might identify the camera.

Yes, it is possible to match a photo to the discrete camera it was taken with (without metadata) and it is also pretty reliable. The technique is readily available in a few software products, one of those is Amped Authenticate, produced by Amped Software (disclaimer: I am the company CEO and Founder).

The basic idea is that every single device leaves a different “noise fingerprint” on each photo it produces. This component is called PRNU (Photo Response Non-Uniformity) and it has been widely studied in literature. It has been shown to be:

However, it does not work properly in these situations:

How does it work

To extract the PRNU of the image you need to basically extract a specific component of the noise. You can do it denoising the image and subtracting to it the original image. In literature it is recommended to use Wavelet filters, but even with simpler and faster filters you can get similar results.

Practically speaking the procedure is done in the following way:

The threshold can be obtained calculating the correlation for: 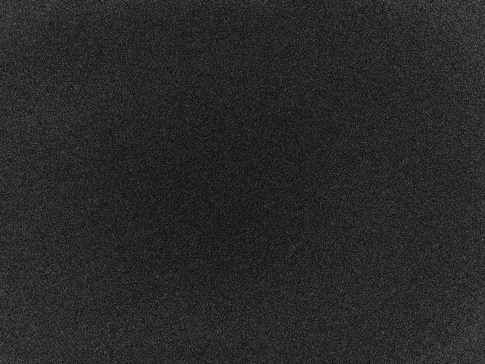 In general it’s likely that the positive sets and the negative sets will not be perfectly separated, so you must set a desired balance between false positives and false negative that you want to obtain from case to case.

If used appropriately the method has been shown to be very reliable, even though it has been shown that it is possible to find two exemplars of the same model with very similar PRNU. This may happen, for example, if the sensor of the two devices was produced from the same silicon wafer. It’s a remote possibility, but still a possibility.

As an example, this image below is the PRNU extracted from an image without any significant content (out of focus picture of a wall).

The PRNU correlation can also be applied locally to detect tampering on the images. The idea is to calculate the PRNU on a sliding window of n x n pixels across the image to create a map of correlation. Areas with low correlation will have a high probability of having been subject to tampering.

The image below represents an example of a picture being analyzed. 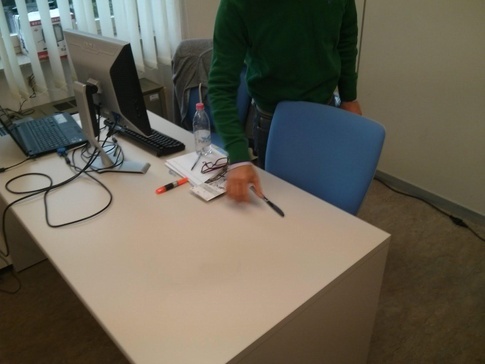 Below is the result of the block wise correlation of CRP with the PRNU extracted from the image. The white area represents the areas most likely to be tampered, where the noise is inconsistent. In the middle of the desk there is a clear sign of tampering. 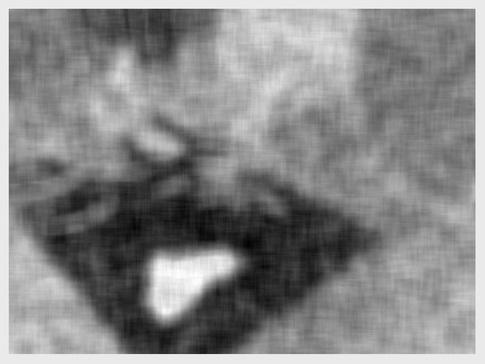 In fact, this is the original picture, from where a gun has been removed. 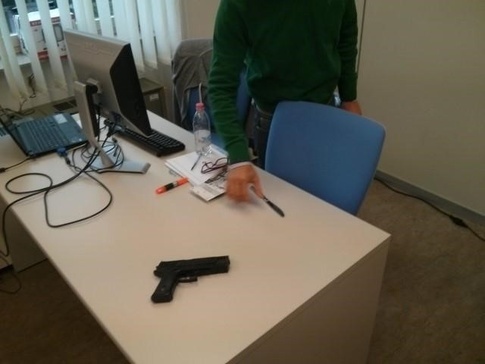 There are countless papers which analyze the PRNU by different points of view, but these are probably the most important:

The technology to distinguish pictures coming from different cameras, even if they are the same make and model, exists and is pretty established in the academic and forensic community. There are some software products available on the market which allow you to do it with relative ease and also evaluate the authenticity of the image with a similar process.

In your situation, you pretty much cannot. Noise is not entirely random but has a random component to it. To isolate the fingerprint of the camera, you need to profile the camera over a series of shots. Having just two shots, there is not much you can do.

Some camera makers add a signature but that goes in the metadata, so if the EXIF was stripped then your are out of luck on that front. Plus, that is designed to determine if an image came from a camera, not which camera it came from.

This is an interesting question. While I don't think its possible with 100% accuracy, you should be able to determine, with a sufficient number of source photos, from which type of camera it came from. This is given certain noise distributions, certain camera internal properties (which can be determined from just raw photo data), etc... But there is no known software that I know of to do this. Realistically speaking though at this point you should just consider it currently not possible.

Not the answer you're looking for? Browse other questions tagged metadata noise or ask your own question.

2
Can you match a photo to the discrete camera it was taken with, without metadata?
23
How do I remove dead pixels from a digital photo?
1
If I wanted to compare image's RGB pixelation values of the same object taken with differing cameras, what discrepancies might I run into to?

2
How can I batch add keywords (metadata) to JPGs, with matching?
4
Custom descriptors vs EXIF vs IPTC
1
Is Lightroom 6 the tool for me?
11
Can I find out if two pictures were taken by the exact same device?
8
Lighroom Conflating distinct Lenses - No model information displayed
2
Exif Data - identifiable fields
0
Is there a way to batch add date taken field to images?
2
How to sort photos by time, while ignoring date?
3
Random EXIF data with same camera settings