Is the iPhone 4S camera good enough to serve as one's “everyday-carry”?

I'd like to have a camera with me at all times, but my DSLR is often too bulky. For some time now, I have tried cell phones as a compact camera substitutes, but with limited success. Often, the picture quality was dismal and the setup/app loading time really too high for snapshots - especially with iOS 4 on my iPhone 3G.

I've heard about the sensor and lens improvements of the iPhone 4S, as well as the possibility to access the photo application directly from the unlock screen, all of which sounds pretty interesting.

Is this finally a cell phone camera that can substitute a separate compact to an acceptable degree?

The iPhone 4s alongside iOS5 makes a very compelling argument against a standard point and shoot camera in addition to a phone.

iOS5 has made some major improvements to make the experience with the camera more enjoyable. The lock screen has a new way to access the camera that makes opening it up possible without unlocking the device. Images can now be captured not only by tapping the on screen shutter release, but by using the volume up hardware button. In actual use I found found this to be a huge improvement in certain situations. For example, I was taking shots at a concert venue, and holding the camera above by head with one arm. To hold the phone and use the touchscreen at the same time above my head is very difficult, but to use the hardware volume button as the shutter release was very easy and worked well.

If you search online you will find articles outlining how high of a priority the camera operation and speed was to the Apple development team. They supposedly shaved every millisecond possible off of the cameras start-up time to limit the dreaded "aperture" waiting screen that many of us are familiar with.

The iPhone as a camera does have some downsides, the two biggest being that it lacks any optical zoom, and the flash is nearly useless.

Some examples of photography with the iPhone 4 that I did can be found in this answer: How do I get the best results with a cell phone camera?

Overall, I have found the colors, white balance, and speed of the iPhone 4s and iOS5 camera to be very impressive and overall capable in replacing the need for a pocket point and shoot camera.

Some images straight out of the iPhone 4(not as good as the iPhone4s): 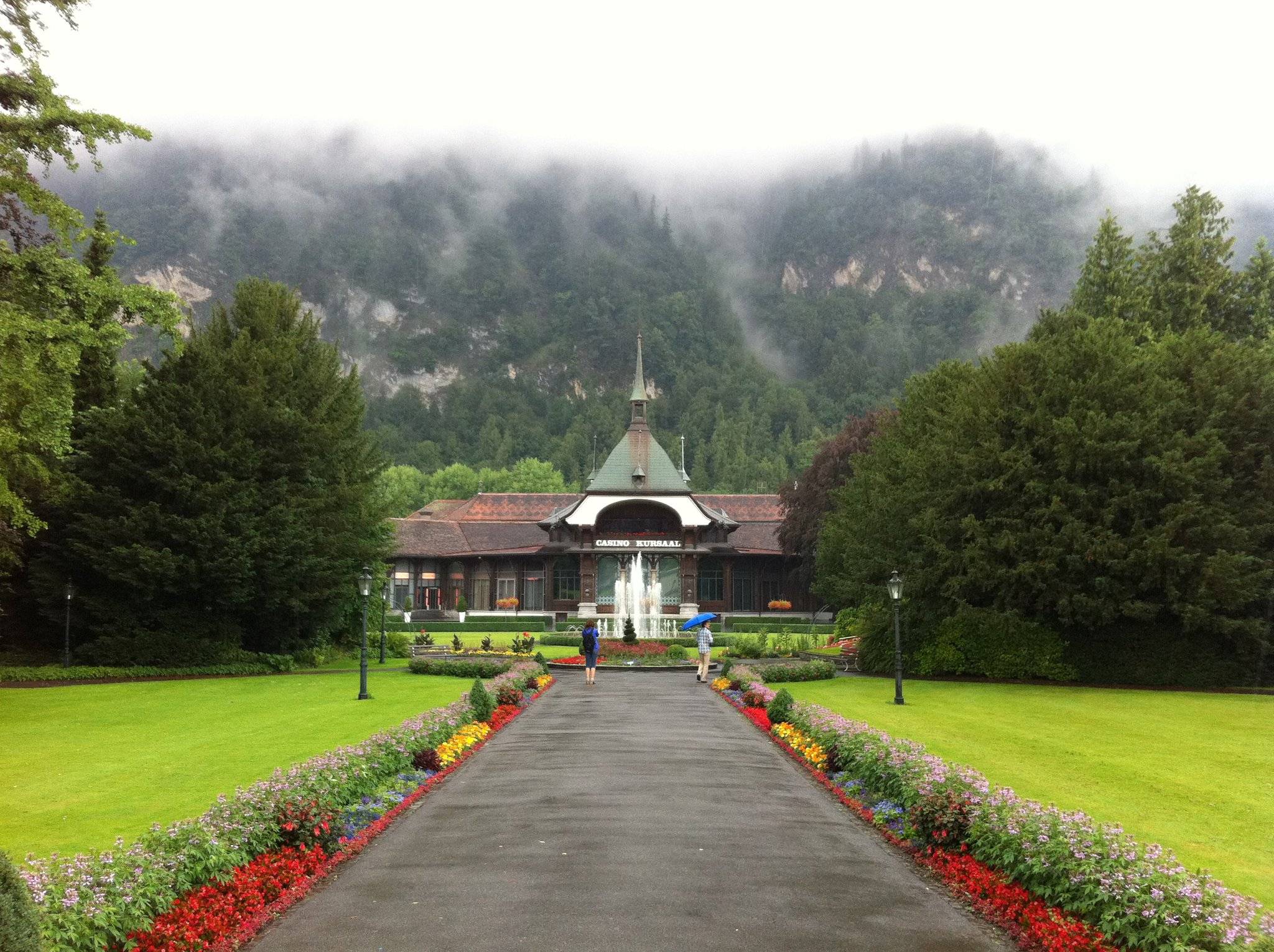 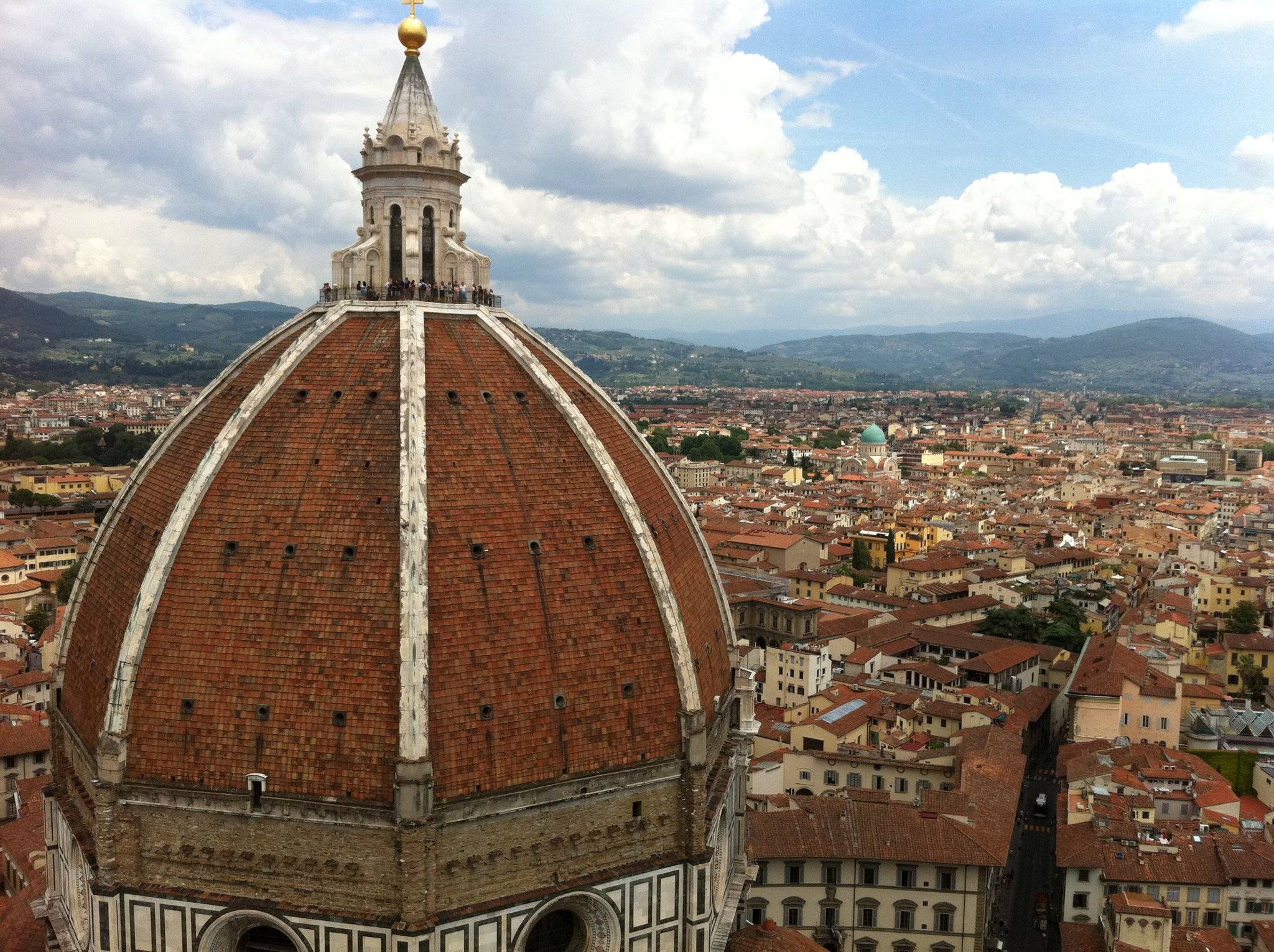 I own an Xperia Neo which one of the posters before listed as one of the phones with the same sensor as the iPhone 4S. Do I use the camera? A lot!

But as always, if this "suffices" really depends on your requirements for a carry-everywhere camera. In the regard that you nearly always have it with you, the iPhone certainly wins. If you will be happy with the image quality largely depends on what you are planning to do with those images, and what the shooting situation is.

Real life example - this summer I stumbled into a staged "fox hunt", and tried to capture some images as I would have with my DSLR / larger gear. Best photo (follow the link): 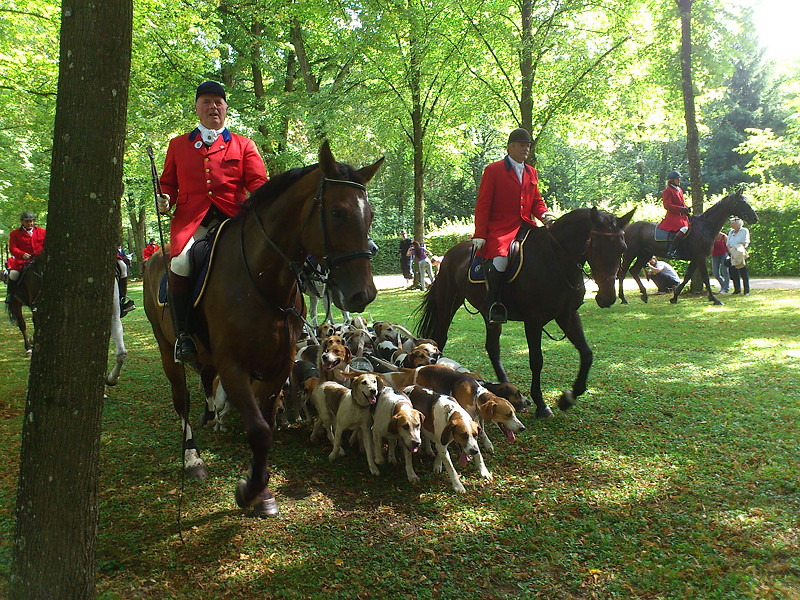 But, best action shot of the same event (follow the link): 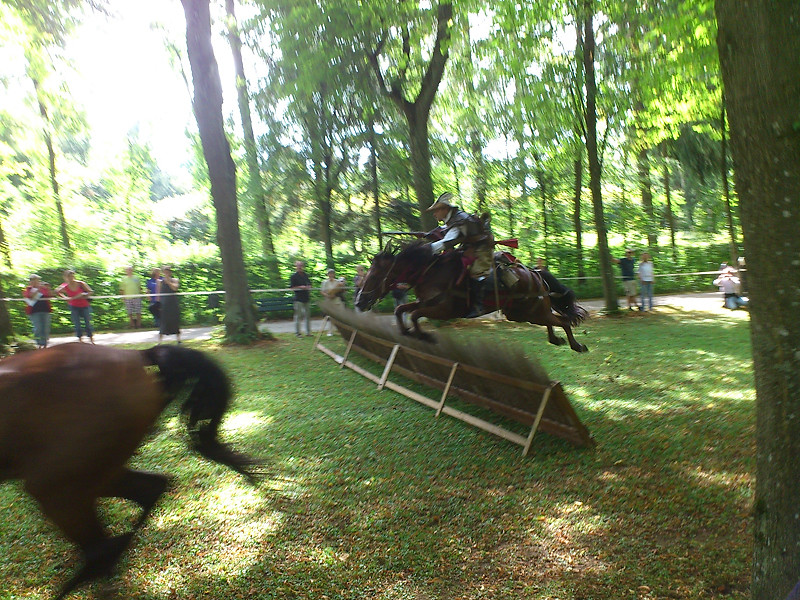 Ok, I used the sports program of the camera, which didn't (to my suprise) raise the ISO, but kept ISO at 100 and thus chose a 1/100s at f/2.4. But the wide angle lens (and no zoom) made it hard to get closer (without being trampled), and the shutter lag rendered many shots of jumping horses useless because they were not correctly framed.

Worst problem - using the camera a lot sucks up battery, and after a while of shooting I ran so low I couldn't even phone my wife to tell her I would be late because I had met the fox hunters...

Do I use it as an everyday camera? Yes, but for, say, ambitous amateur level photography, I even disregarded all compacts for lack of image quality and chose an Olympus Pen with it's micro four thirds sensor. Different league in all respects of course. (More on my findings with the Pen in my blog article about my solution to the carry everywhere camera problem: http://www.alpenglow.info/2011/02/12/my-solution-to-the-carry-everywhere-camera-problem/

Update - I was so frustrated with stackexchange's limit of inline images for new users I turned my answer into a blog post with nicer layout at http://alpenglow.info/2011/10/19/using-a-smartphone-as-a-carry-everywhere-camera/

One more update - thanks for voting this answer up, now I could inline the images here as well :-)

John Gruber of Daring Fireball put together an interesting set of comparison photos between The iPhone 4, 4s, and a Richoh GRD:

Generally I think the iPhone 4s has crossed the point where most people could use it instead of a compact, but not as a replacement for a more "serious" compact.

Their conclusion is this:

As we said at the outset, every camera choice comes with its own set of compromises and won't suit every individual photographer. Still, we have no qualms recommending the iPhone 4S as great alternative to compact, point-n-shoot cameras. It can take great photos when traveling or out with friends. Since it's also your phone, you'll always have it with you, so you may be able to grab shots in situations when you might not be able to otherwise take pictures at all.

In the end, the iPhone 4S offers convenience—light weight, fits in pocket, simple controls—along with competitive, if not excellent, image quality. Unless you need or want full manual control or greater versatility in lens options, the iPhone 4S certainly makes a great photographic tool.

We are entering into a strange and wonderful new era of photography. cellphone camera or no: There has never been a better time to be an amateur photographer.

These forums usually ask the wrong question, in my opinion. The correct issue is this: Are cameraphones as good as snapshot cameras used in bygone eras? And if so, what are they as good at?

Cameraphones (I am speaking only of the cameras that are at least as good as on iphone 4's and Droid phones with typically 8 mp cameras) are:

In other words, cameraphones are as good as the overwhelming majority of consumer grade cameras that were bought by consumers (not Pros) over the last 30 or 40 years.

The iPhone 4S camera really isn't too bad at all, I have found myself using it far more than I expected to. When I don't have my DSLR with me it makes for a good backup if I want to capture the moment. The camera could of course be better in certain situations e.g. there isn't a huge amount of control over DOF; it's not ideal for low light shots; built-in flash is pretty poor; limited control over exposure from the native camera app etc. In the daytime the quality is typically very good indeed.

You can access the camera from the lock screen and it takes somewhere between 1-2 seconds to open I would guesstimate. It's pretty quick and I've never been frustrated with the speed as I have been with the older iPhone models (3G & iPhone 4).

I'm not sure how it compares to the current crop of point and shoot cameras but it is a surprisingly capable little camera when all things are considered.

This is an image I took on bonfire night a couple of days after picking up the phone last year. This was just a quick handheld snapshot but gives you some idea of the performance at night. This image is straight from the iPhone with absolutely no post processing, it has just been reduced in size. 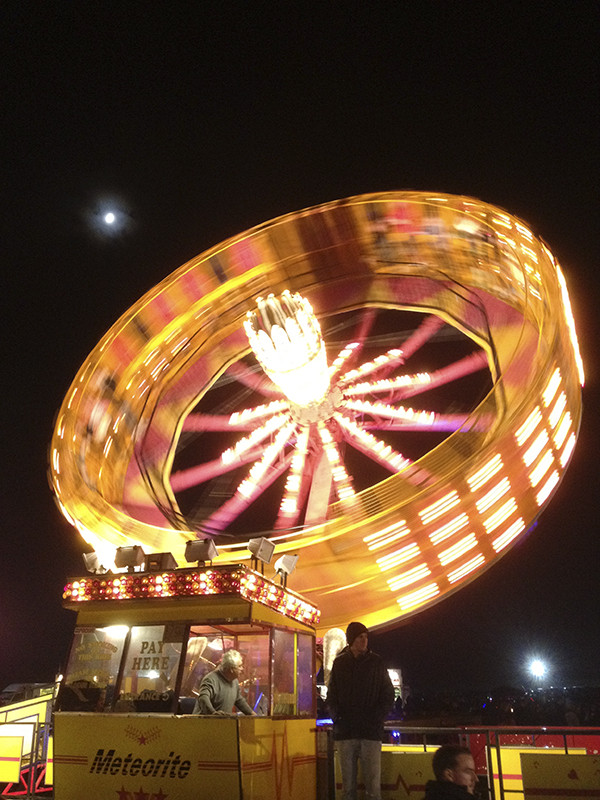 Quite simply, no. The iPhone 4s, while having a great camera and is great at many things, but a master at none of them. If you're looking for quality you can hang up on your wall - it just won't do - but if you're looking for a camera that you can take spur of the moment photos of your kids with - it's fantastic.

While I'm yet to use the iPhone 4S camera, I've seen some samples and would go so far as to say that I would use prefer to a dedicated compact, as they are typically not much more than the same thing with an optical zoom and flash. I never regard the sensors on compacts as anything to be awed at, but the 4S is promising in that regard. Coupled with the fact that it's basically on you at all times, I think compacts are really not as useful as they used to be for a growing number of people.

I guess the only reason why one might still want to use a standalone compact is the optical zoom lens and Xenon flash.

From the reviews (and my very brief hands on with a couple of friends phones) then yeah, it's pretty much a replacement for 90% of low-end compact cameras. It still struggles in some places, the flash is still nigh on useless (possibly more so than P&S flashes), but overall it's good enough to save having a compact as well.

Not the answer you're looking for? Browse other questions tagged iphone cameraphones compact-cameras or ask your own question.

27
How do I get the best results with a cell phone camera?
17
How can I make my new DSLR more portable and convenient?
21
What are the advantages or disadvantages of a back illuminated CMOS sensor?
9
How do I choose a point and shoot camera under $400?
4
Upgrading from a modern smartphone camera without going all in on a DSLR kit
4
How can I get the best quality prints from an iPhone photo?
1
What are the advantages and disadvantages of compact cameras vs phone cameras?
1
IPhone Camera for 16x20 photo
-2
What (presumably mid-range) phone cameras compete with $100 Point & Shoot cameras?
0
What camera specifications best complement a smartphone?
See more linked questions

4
Is there a “sweep style” iPhone app that mimics the new Sony compact camera technique?
4
iPhone 3GS/4 camera sensor chip
4
What's a good iPhone application to view large images (5000px+)?
4
How can I get the best quality prints from an iPhone photo?
1
What's the brightness depth of IPhone 5 camera in bits?
0
what would the most effective metrics to compare the quality of photos taken from a smartphone/iPhone and a digital still camera?
0
Compact camera for every-day-carry
2
How is the continuous (optical) zoom feature realised in the new iPhone 7 using two lenses
3
What's the maximum exposure time an iPhone X can reach using manual controls?