To take my portrait photography to the next level, should I get a second flashgun or a monolight?

I bought 430EX-II flashgun, and it works great as off-camera flash with the 600D's built in transmitter. I also have a flash-modifiers kit from eBay.

Things are working great, but I want to take my portrait photography to next level. I am thinking to add a second light source along with the umbrella setup.

Am I on the right track? Should I go for a second flashgun or go for a monolight (or monolights)? What you suggest, and why?

Either way you're getting more lights, so you'll be adding some additional tools to sculpt your light either way.

So what to get depends on how you want to use it.

I say get the monolight(s) if:

Get the second battery-powered strobe if you won't consistently have access to a power outlet for the monolight (like, you're shooting on location with no access to an outlet) and you can live with the lower power, reliance on batteries, and longer recycle times.

Strobist has many articles on what to consider if you're stepping up to big lights and specifically has a lengthy look at doing it (relatively) cheaply with the AlienBees line of lights if you want some additional reading.

Well, I can tell you that I went for the bigger option with the Alien Bees option. I have four of the B800s with umbrellas, softboxes, etc. Basically, I went down this path, over hotshoe options, because:

The Alien Bees lineup are really good, in my opinion, and give nice, consistent light. Pretty hard to beat the deal all in all.

This is a sample of my use: 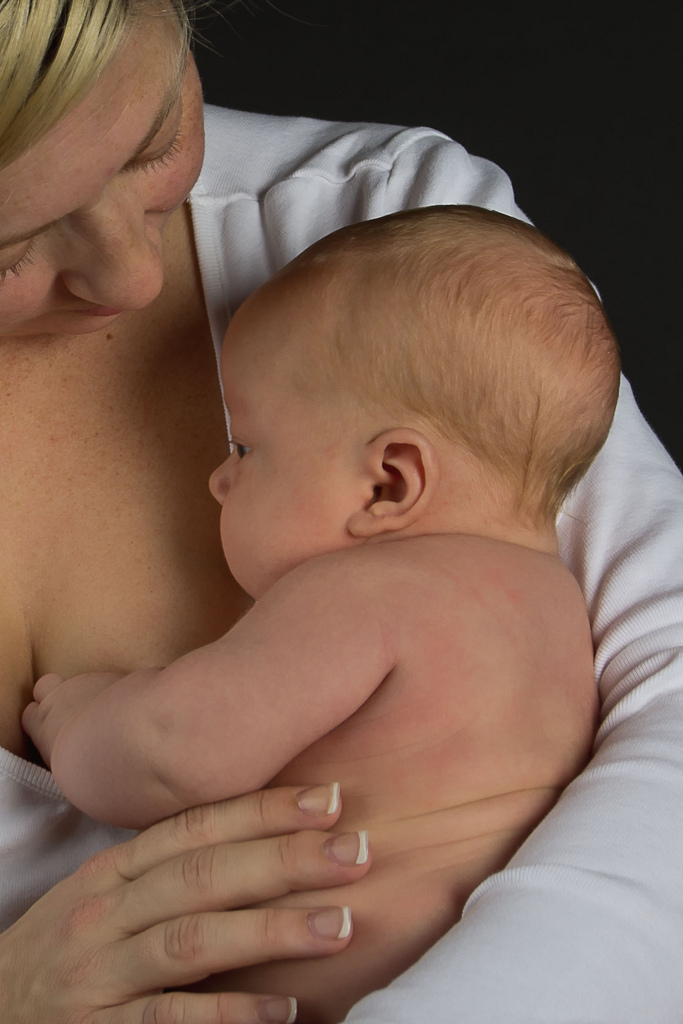 And I have a bit of writeup on them on my website. So, I guess you could say I'm recommending that you go monoblocks... :)

(actually, that last point might go either way: perhaps you want to broaden your experience and try something different?)

Consider using a cheaper strobe as your second light (I use Vivitar 285s).
You could fire it in slave mode or use cheap radio triggers (I use Cactus Vs). 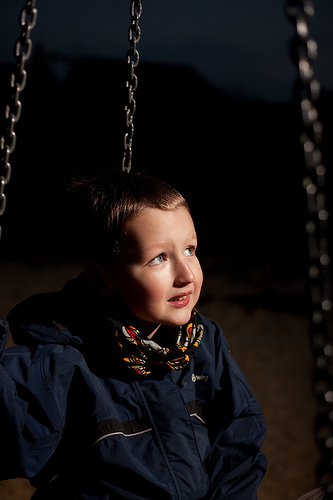 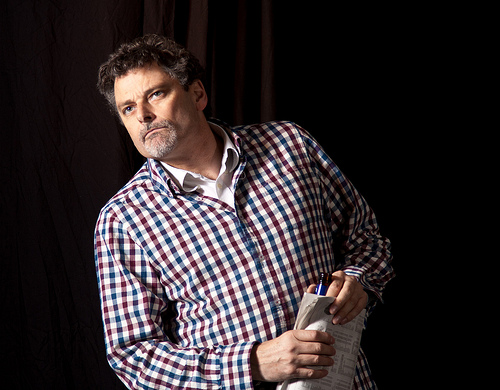 ... Or you could go along with @Joanne C's very sensible answer.

+1 on previous answers. Monolights require a power source, so if you expect to be away from such a source, they may not be for you. If you are looking for a kind of hybrid solution, Paul C. Buff (Alien Bees guy) has a portable power supply, the Vagabond (http://www.paulcbuff.com/vagabond.php) that gives you AC for a monolight in the field. Be aware that you are 1) adding gear, and 2) the number of flashes on this power supply will be limited -- by how much, I don't know.

If you mix a "smart" speedlight like the 480 with a moonlight, just because you'll have to run the monolight on full manual. Otherwise, the 480 is free to change exposure and you won't know until you've made the image how that interaction worked out.

In large measure, light is light. If you don't have enough, then buy bigger (i.e., studio lights, as you're discussing). If you want more shape but feel your power is ok, then just add another speedlight and have done with it.

One final caveat: Modifiers will reduce the effective light output of your speedlight because you are either bouncing or diffusing it. Either way, some light is dissipated, so whatever strength of light you have without the umbrella, you will have less with one.

Not the answer you're looking for? Browse other questions tagged lighting flash portrait off-camera-flash studio-lighting or ask your own question.

4
How to use built-in flash with off-camera 430ex ii on my Canon 600D
2
How should I set up my studio to take sharp portraits without shadows with two white umbrellas and one silver umbrella?
5
How do I get started with off camera flash in the Canon ecosystem?
3
Canon Speedlite 320EX or 430EX II, which one to choose?
4
Can I compete with outdoor light using a diffused flash?
1
Remote flash triggering options for Canon 6D
2
How to control a Canon 430ex ii from a YN-622C-TX?
0
Is there a portable flash setup that would allow me to shoot in daylight without generating harsh shadows?
2
Options for a 5-flash 4-group lighting set-up using Canon (compatible) gear
1
Shutter sync issue with Godox X2T-N and Nikon D5100