What is causing increased noise in my recent photos?

In the last two shoots I've taken I have noticed much more noise in the resulting photos. In the first instance, I put this down to my fault, as I was shooting at high ISO levels, but in the second case I overcompensated and went to a very low ISO level.

Now, this could be a software thing — I've only just started using Adobe Lightroom and Photoshop, having been using Gimp for several years — but that doesn't sound likely. I've tried the noise reduction tool in LR but could not get a satisfactory result.

Equally unlikely, to me at least, is that the CF card has changed. I was running low on space during my days out with the camera and so changed my 1GB CF to a 4GB number. Could this be the culprit?

What could be causing this to suddenly start happening? Is there anything I can do to rescue the photos?

It might not be noise I'm seeing but something else. The background is certainly speckled which I've always assumed was noise but more worryingly is the loss of detail I'm seeing in certain areas — it's as if a low quality JPEG has been rendered from the image. The same region, when viewed in the camera's LCD, has plenty of detail in place.

The image is in RAW format and the lower ISO mentioned above was compensated for by using a flash. 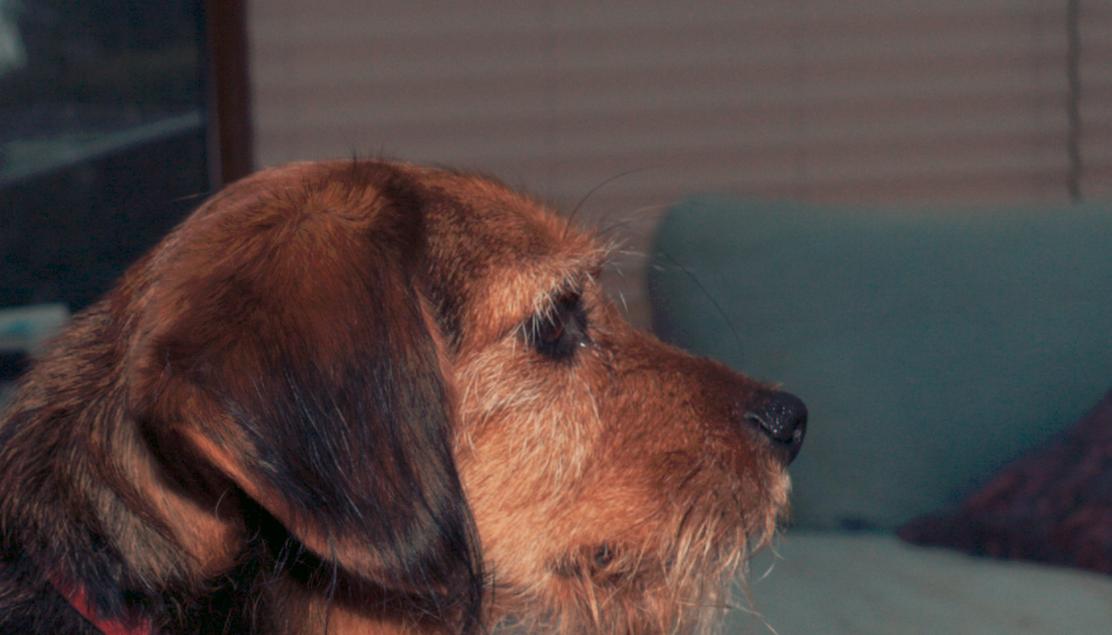 A quick update: a colleague opened this image on their computer just fine - there was no noise and now blocks of colour. So this seems a software config issue. I have the latest codecs installed so I'm at a loss why I am not seeing a faithful reproduction of the image the camera captured.

High ISOs don't cause noise, lack of light causes noise. If you decrease the ISO without doing something to address the level of incoming light (note if you shoot in one of the auto modes your camera will do this for you) your signal to noise ratio will get worse.

There are a few other contributory factors, for example if the sensor is left on for a long period of time and becomes hot e.g. using live view then noise can increase.

Your post processing regime also contributes, if you pull the shadows up a lot then you will see a lot more noise.

But the major contributory factors in noise are "shot noise" due to the random emission of photons from a light source and not collecting enough photons to even out the randomness, and electrical noise from the sensor itself.

Both of these get better with more light (by capturing more photons the signal produced is stronger with respect to the electrical noise). The fixes are to use a longer shutter time (and tripod if necessary), open the aperture more, or use an external source of light such as a flash.

The noise is always there, at pretty much the same level all the time.

It's the signal-to-noise ratio that determines if the noise is visible in the image. When the signal is weak (i.e. low exposure), the noise is more visible. When you are shooting at high ISO, you are simply allowing a weak signal, and you compensate for this in the post process, making the noise more visible.

Even when you shoot at low ISO, there may be low-key areas in the image where the signal is weak, and the noise may still be visible.

Since your colleague sees a better image, it has to be something in your computer's hardware or settings.

I have had a similarly puzzled moment when my display settings had somehow dropped from 24-bit colors to 16-bit colors. Banded gradients are a sure sign of such problem.

What you are seeing does look like noise to me.

When shooting at high ISOs noise tends to be more prevalent, but you can compensate by making sure you expose correctly. Check your histogram when shooting and 'shoot to the right'. You might need to overexpose by as much as a stop, but the result will be a cleaner image.

Remember that the term overexpose in this context just refers to adjusting the exposure that the camera's meter calculated; in other words, it more than likely calculated a darker exposure than you required, which then had to be rescued in post.

Any recovery of underexposure performed in post will emphasise noise.

Not the answer you're looking for? Browse other questions tagged canon troubleshooting noise artifacts or ask your own question.

6
How much does in-camera image processing affect noise on Canon DSLRs?
3
Why is there so much noise in RAW files from my new Canon 7D?
1
Why is my RAW import not displaying properly?
1
What is the source of excessive noise in images from my D7000?
12
Does the human eye experience noise as a camera would?
4
At what point does the Canon 5D Mark IV's high-ISO performance give it higher real resolution than the 5DS (R)?
3
Seeing a lot of noise when editing in RAW
3
Red noise in lower edge and corners
5
What is causing these stripes in my images?