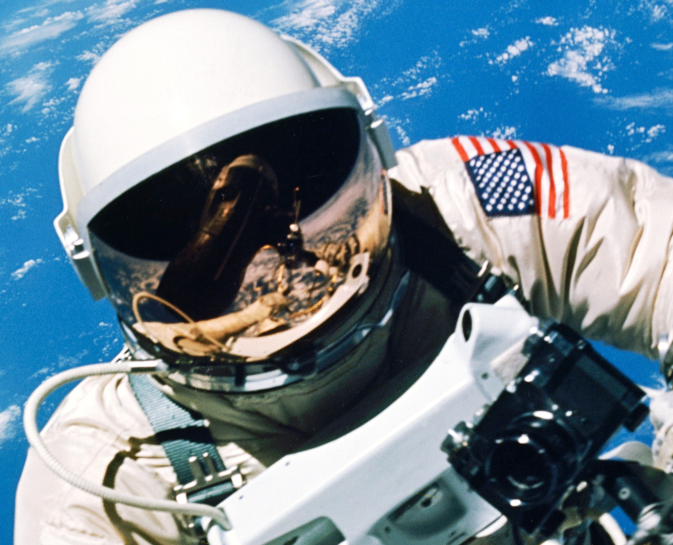 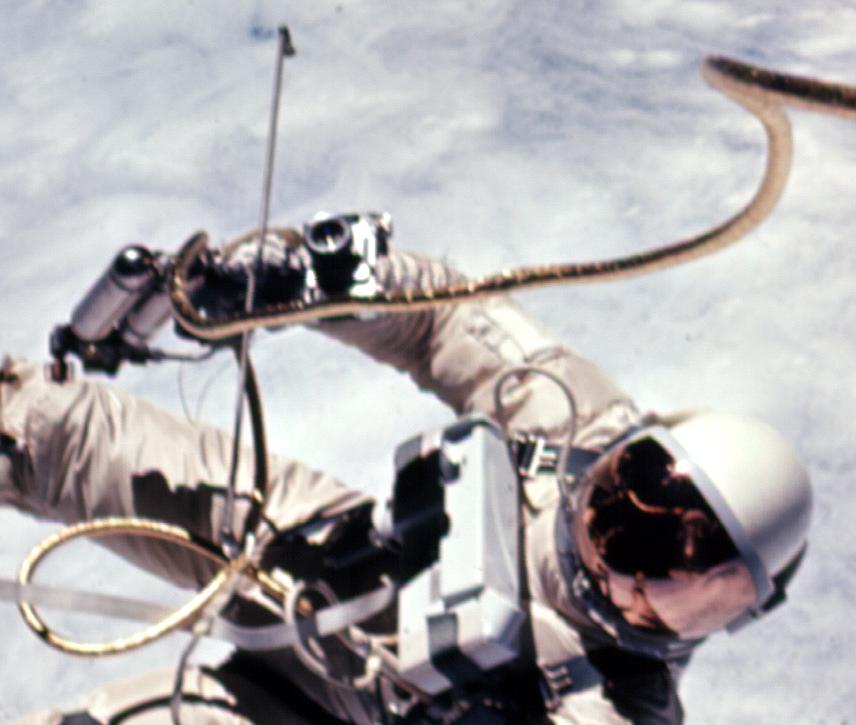 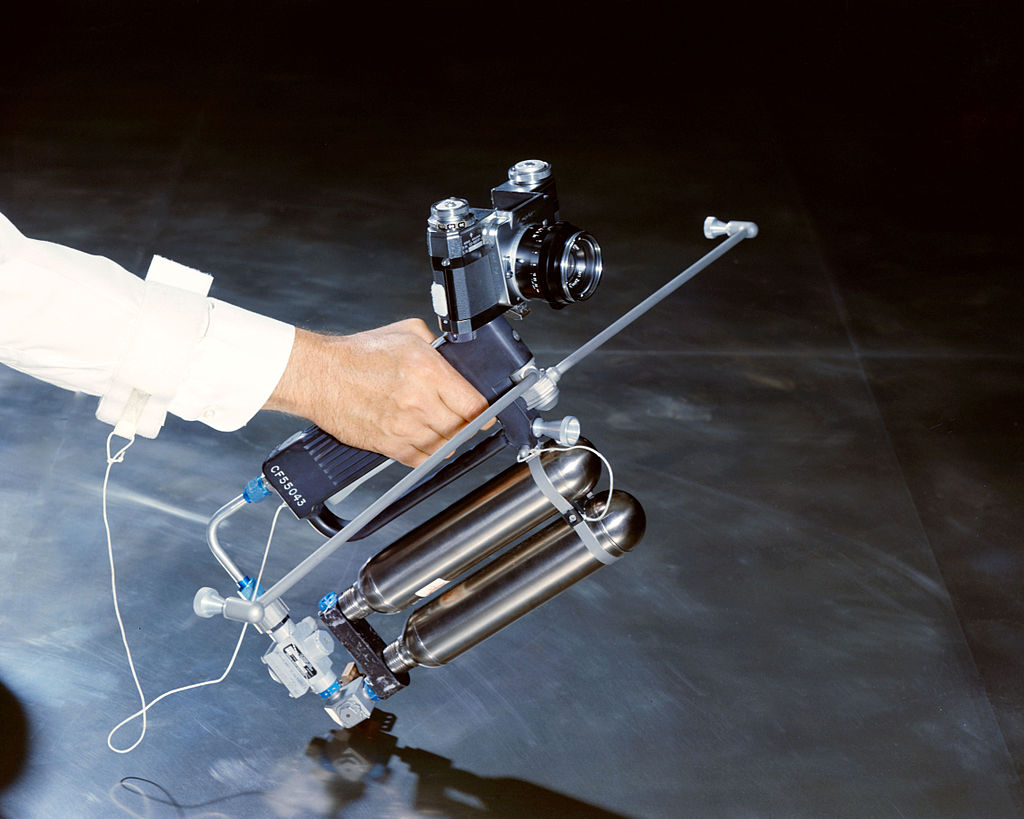 I was the one who prepared the camera for this mission, It was a Zeiss-Ikon Contarex Special; everybody could buy this model. Because the Astronaut was wearing a bulky helmet, he could not get his eyes close enough to the viewfinder so the prism viewfinder was taken off. The lens was a normal Tessar 2,8 50mm ste at f/11 and 15ft. The camera was brought to our shop (Z.I.V.S) by a Mr. Burkhard from McDonnell Aircraft of Saint Louis who at that time were building the space capsules. I'm proud to have contributed a tiny bit to the Space Program. Best Regards.

21
Is space radiation a risk for space film photography, and how is this prevented?

4
Help identifying a camera during the London Olympics games 2012
4
How were negatives backed up prior to the availability of inexpensive scanners?
33
How was photo data processed and transferred back to Earth from satellites before digital photography became commonplace?
1
Difference between 2 GoPro Hero Cameras
4
What is this weird BLUETECH camera?
11
What was the "revolutionary" digital camera with infinite depth of field and focus adjustment in post-processing?
8
Who were the Bauhaus photographers and what was their impact on commercial and artistic photography today?
2
What is the white camera in Thelma And Louise '91?
21
Is space radiation a risk for space film photography, and how is this prevented?