Why is the Nikon 35mm f/2D AF considered a Wide-Angle lens?

On your D7000, they will both have the same field of view (not wide, more of the 'normal' range, around the same field of view as a 50mm lens when mounted on a full frame camera). Imagine two circles (two image cirlces projected by their respective lenses), one bigger than the other (the DX being the small circle), but the same size rectangle (your sensor) in the middle of each - just large enough to fit fully in the small circle. They're not magnifying the image more than each other (since they're the same focal length), so the rectangle in the middle is still representing the same portion of the image. 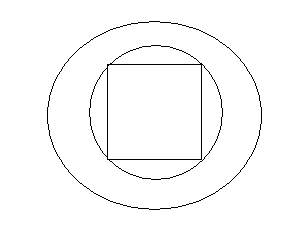 On a full frame camera, leave the two circles the same, but now the rectangle (sensor) is bigger than the DX circle. 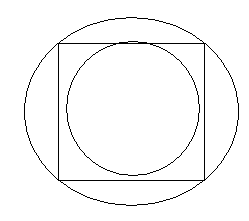 The important piece to note is that your D7000 is a crop sensor camera, so both the DX and non DX lenses will have the field of view of a 52.5mm lens on a full frame camera due to the 1.5x crop factor. So you will not be able to use either as a wide angle lens!

The Nikon 35mm f/1.8G AF-S DX Lens is designed to work with APS-C, or cropped, sensors. As such, it's image circle is smaller than a Nikon 35mm f/2D AF Wide-Angle Lens which was designed for a full-frame sensor. The difference in image circle sizes is realized as a difference in angle of view. Nikon APS-C sensors have a 1.5x "crop factor" in relation to their Full Frame sensors. To easily compare the angle of view for a cropped sensor lens with that of a full-frame lens, simply multiply the focal length of the cropped sensor lens by 1.5:

The 35mm DX lens "behaves like" a 52.5mm full-frame lens from an angle-of-view perspective. Since 50mm lenses fall within that "normal angle" range rather than "wide-angle" range, it wouldn't really be appropriate to call it a wide angle lens. On the flip side...if you attached the 35mm full frame lens to a DX body, it would also behave like a 52.5mm lens, and also no longer be wide angle.

Not the answer you're looking for? Browse other questions tagged nikon terminology wide-angle or ask your own question.

18
What is an ultra-wide lens?
1
What are my options for a wide angle lens for a DX format camera like the Nikon D90?
1
What can I do with Nikon NIKKOR AF-S DX 35mm f/1.8G lens?
0
Below which focal length are lenses considered to be wide angle?
2
Can I use Wide Angle Lens converter for my existing lens Nikkor 35mm f1.8?
3
What to look for in a wide angle lens?
1
Why doesn't Nikon offer a low-priced wide-angle, low light lens — and what are my alternatives?