What to look for on a DSLR's LCD?

I think the main features of a reflex's LCD are:

So how important is each one of them? Which one is the most important? What number of pixels is considered enough?

Resolution first, given that size does not vary much lately (2.7-3"). That lets you check sharpness and focus better, particularly if you use Live-View.

Rotating or tilting (vary-angle) can be useful for somethings but is also a liability since it can break. No Pro cameras have such displays because they need to be tough first.

You forgot the viewing angle. If the display is rotating that does not matter so much, but otherwise having a good viewing angle helps with getting odd-angle shots using Live-View.

Size and resolution of course. But vari-angle was a pleasant surprise for me. I didn't really care about the feature when buying my Canon 60D. I had a Pentax with a fixed LCD before I didn't really know why on earth would i need one. However. Can't comment on the Nikon, but... I use it on my Canon often now especially when shooting from obscure angles (above my head or on the ground, etc.) Where I love the variangle the most is when I shot landscape on a tripod. I use it to frame my scene and focus. I can magnify 10x digitally on the LCD then manually fine tune my focus to perfect sharpness. I can also rotate it and tilt it to prevent glare and neck pain from prolonged staring into the optical finder. On a tripod I now only shoot using the lcd and variangle. It will be a feature I must have on my next body.

It's also surprisingly sturdy. When you rotate and flip the image is always orientated correctly. If you are worried about scratches or are primarely shooting without the lcd you can flip it around and close it with the lcd facing the body. 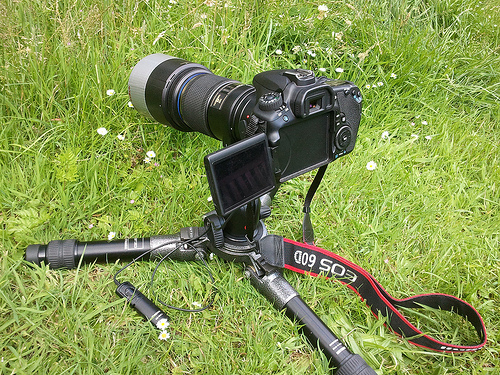 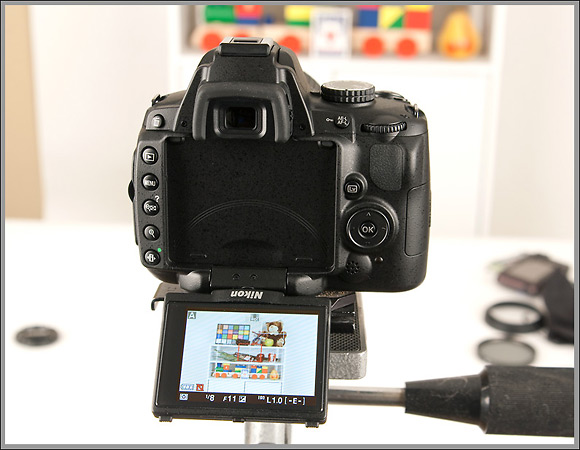 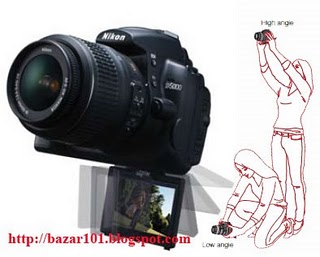 While size and resolution are important, the most important factor is probably maximum brightness. I've used several DSLR's that had beautiful screens, but could barely be seen in daylight. A big 3", million-dot screen won't do you much good if you can't really see it. Screens based on OLED will usually provide the best of resolution, contrast, and brightness. AMOLED screens are the best type, however I am not sure many DSLR's use them yet (I think a few samsungs do). I believe the Canon 7D uses an OLED screen, which while not quite as nice as an AMOLED screen (less-black blacks), it still offers great brightness and resolution.

Here is a simple video demonstration of AMOLED vs. TFT LCD. In this case, the AMOLED screen is a Samsung...both cameras are P&S, but the tech would compare the same on DSLR's:

OLED/AMOLED screens coming to a camera near you

As far as resolution goes, 920k or 1040k dot screens, which are pretty common on current-generation DSLR's, make it a LOT easier to see how sharp/unsharp or in-focus/out-of-focus your shots are. A 200k and 400k dot screens tend to be dimmer and far less sharp.

Articulating screens can be handy, if you need the functionality. They are often very useful for self-portraits, family/friends portraits that include the photographer, and for shooting video with DSLR's. On the flip side, they are an additional component that can break.

Not the answer you're looking for? Browse other questions tagged nikon lcd pixels or ask your own question.

14
Is the D90 worth the extra money for a beginner?
4
What third-party speedlite/flashes are available for Nikon?
4
What lenses should a college photography club buy to go with an entry-level Nikon body?
3
Does Expeed 3 make D3200 better than D5100?
1
Nikon D5100: should I avoid the firmware update if I want to use 3rd party batteries?