How can I get the right exposure when parts of the scene are in the shade and others are in the sun?

Have a look at these snaps. On the first one the church has the right exposure but the tree is too dark. On the other hand in the second one the tree is perfect but the church is too bright.

Is there any technique/parameter setting i should use to capture both things with the right exposure? 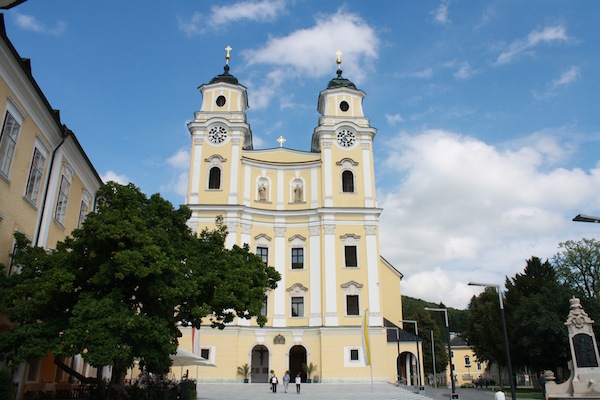 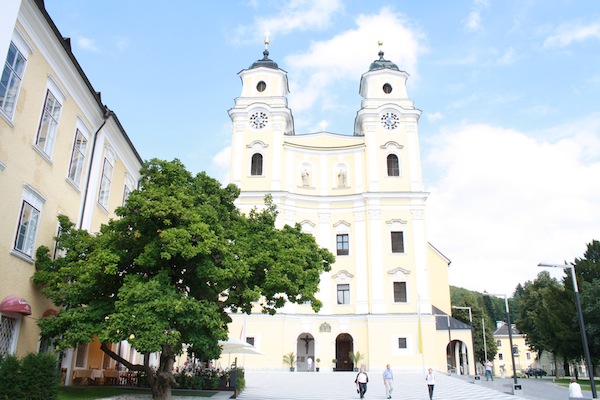 It looks like the first one has the right exposure. Not only is the church properly exposed but the tree has not lost details except in the darkest shadows.

If you wish for the tree to be brighter then you will be able to adjust things using a post-processing software (look for levels, curves or something similar). Since a camera sensor has a fixed dynamic-range there is nothing much you can do about controlling all the tones in a single shot.

For the times where the dynamic-range of the scene is too high, people use Exposure-Fusion or HDR which requires multiple shots taken and merged by software to capture details across all tonal ranges.

Expose for the brightest things in the scene. You can often pull details out of the shadows, but once something goes pure white then there's nothing you can do. In this case the exposure settings for your first image are preferable.

Canon has a mode called Highlight Tone Priority which is designed for situations like this, which will underexpose the image to protect the highlights and then boost the shadows and midtones to obtain a less dark looking picture. I think Nikon's active d-lighting is similar.

Alternatively if you shoot raw you can get the same effect (but with more control) when you do your raw conversion (provided you haven't blown the highlights).

Finally you can combine exposures as Itai suggests using a technique called HDR. This requires extra preparation such as using a tripod, shooting multiple exposures (which creates difficulties if you have movement), and a lot more fiddling in post production to get good looking results.

In summary I would suggest shooting single raw images, exposing for the highlights and boosting the shadows during raw conversion.

The darker trees in the first picture are not so dark that the details are lost. They are just a little bit dark. You should use any sort of image editing software. There are a lot to chose from. Lightroom, Aperture och Photoshop Elements are all good commercial programs. You could also give Gimp a spin.

In whatever program You choose there should be a slider to lighten the shadows. That should do it for this picture.

As Itai mentioned.. the first one seems to be the right exposure. However the dynamic range is not high enough to warrant HDR. Try playing with levels/curves selectively to get the tree to your liking..

11
Sunny day in the shade - how to deal with white balance and exposure settings?
6
How does one best deal with shaded faces in bright sunlight?
3
How to adjust exposure for both the sky and the landscape?
0
Why am I getting overexposed shots in P mode with a D7000?

7
How do I know I have the correct exposure when shooting in manual mode?
13
How to edit the exposure/contrast of two different areas of a photo with a smooth transition between the two parts?
17
How can I use a histogram to expose correctly when the scene is very dark?
0
Is it possible to take HDR-photos straight out of camera?
4
How to fix the exposure of a snow scene which came out gray?
7
Is there a camera which can capture all shades from dark foreground to bright background?
0
How to set exposure for photographing the milky way?
9
Why is the earth not overexposed in this star photo from the ISS?
4
Light source giving wrong color