Do I really need a fast 50mm lens?

Everyone I speak to says that a 50mm lens is the best and beats them all as an all-rounder. I was wondering whether to get myself a decent, fast 50mm as well. However I'm still not 100% sure whether I really need such a lens.

I use a Pentax K10D and mainly shoot people (kids, portraits, some street shots). The lens I love and use most is the DA 70mm f/2.4 Limited. I often also use a DA 40mm f/2.8 Limited. They are great little lenses that produce very high quality images but they could be a bit faster.

Is is worth spending 400 quid on a Sigma 50mm f/1.4 in my situation? It seems like a good compromise between the 40mm and 70mm and much faster (in fact, 2 f-stops faster than the DA 70mm f/2.8!). On the other hand would the lens be sufficiently different from my current lenses?

In some circles of photography, the 50mm has reached almost cult religion status. It seems to solve everything from focus problems to technique stagnation to global warming. Ask a question about photography, and chances are, someone will recommend a 50mm lens as the solution ("I want to take images of the space station crossing the sun" "The 50mm 1.2 is perfect for this! the narrow depth of field will give you a nice soft focus on the sun's surface")

In reality, for some types of photography, the 50mm is awesome; some portraiture, but more still life and item photography and places where the narrow depth of field can get the image a very strong focal composition. And if you do that kind of photography, then a 50mm is a good lens to add to your kit.

but many of us see no need for it, don't do photography that lends itself to a 50mm, and have no intention of ever buying one. And while we get shunned by some photographers who look in our kit and see the missing slot where a 50mm should go, we don't feel particularly deprived.

There's a lot of "religion" tied to the 50mm left over from the days when prime lenses were significantly better than zooms, when film was slow and cameras were manual and lenses were slower and your choices were limited. Today, it's a lot different landscape than it used to be, and so some of these "givens" aren't really as true as they used to be.

So here's the hint: anyone who tells you to get a 50mm without knowing what kind of photography you do or how you plan on using it is wrong. it's not a panacea, it's not a given it'll improve your photography. It might, depending on your interests.

But it's certainly not a given that you need one.

So here's the question back: what would you use it for? How often are you shooting your existing lenses in the 20-80 range wide open and what are you trying to do then that you find you can't? If you aren't fighting to create an image under those circumstances and failing because your lens won't do what you need to do, then a 50mm probably won't solve the problem you're trying to solve. It might, however, be an interesting lens to add if you want to start exploring new techniques or styles of photography -- but either way, don't buy it because someone said to, buy it because you've analyzed what you're doing, thought about how you'll use it, and decided that it will help you do whatever you are wanting to do with your camera (that your existing gear can't).

I always tell people to never buy gear unless they can explain what that gear will do for them that their existing ear can't (or can't do well, or easily enough). too often we get into gear lust, and too often, that's what ends up gathering dust...

(by the way, if you have an aps sized (or crop) sensor, it's not even a 50mm any more. that works for full frame sensors, but if you have a crop sensor camera, it's about a 35mm lens... 50mm on a crop sensor acts more like an 85mm lens).

Possibly - but the real answer lies in whether you find yourself limited by your current lenses in available light and portrait situations.

Two stops is a lot of shutter speed and DoF, but I rarely find myself shooting my Sigma 50mm wide open at 1.4. Not because its too soft (its still plenty sharp for me there), but because the depth of field is so narrow its difficult to nail focus on a subject that's moving at all. You'll focus on the eyes and then they barely move and suddenly its the nose. I find myself much, much more often in the range of 2-2.8 for the kids and portraits - I can't even remember the last time I felt the need to go down to 1.4. This is really a stylistic decision though, some people like the depth so shallow that the ears are out of focus. So for me its really a question of more like 0-1 stops in many, many situations.

My gut tells me its probably not worth it given the lenses you already have. The 70mm should be a great portrait lens and the 40mm should be great to walk around with. (In fact, I'm jealous of those two lenses for those purposes.)

I see a fast 50mm recommended for 3 typical reasons:

A big negative against the Sigma 50mm compared to your current lenses is that its HUGE compared to them. It is quite a bit larger and you definitely start to feel the weight of it after a bit.

The number one reason for a beginner to get a 50mm lens is that on Canon and Nikon (don't know about other brands) the 50mm f/1.8 is cheap (the Canon 50 1.8 is the cheapest, smallest and lightest lens they make) - so it's a cheap introduction into the world of fast primes and it's so much better than the kit lens.

You already have a 40mm and a 70mm - do you find yourself wishing you had something in the middle? do you struggle with low light situation or wish you had shallower depth of field? - if the answer to one of this question is yes you should consider getting a fast 50mm.

There's nothing magic about the 50mm focal length.

You may not "need" one but wow am I enjoying mine! It is not the lens to have in your bag but definitely fulfills a space! Just as in the kitchen, you don't have to have an old cast iron skillet, but it definitely fills a need that only it can!

But then, I don't have a long time to live. Sure glad I added this lens. It's a keeper!

Not "necessary" to get 50mm lens. That depends on what you like to shoot and your style. You may, for example, like to shoot portraits with a longer or shorter focal length... Your choice. I DO think a fast lens is worth what you can afford to pay! You will be amazed at the results you can extend yourself to with anything faster than f/2. The faster the better, depending on what you can afford. Combined with the amazing sensitivity of the latest sensors and ever decreasing noise at higher ISO settings, why not expand your horizons with the fastest lens you can get? There are some great buys out there on used lenses... BTW, I shoot Pentax and I'm using vintage glass. My first film camera was a Ricoh in 1978 with a 50mm, f/2 lens which works beatifully!

Haven't used a 50mm in going on 20 years, so you indeed don't need one (and of course your 40mm is pretty close to 50 in focal length...).
That said, I've been considering getting one and ditching my heavy 28-70 f/2.8 (which, with a 50 in the collection, will have been completely covered by primes at all important focal lengths). But that's a convenience thing, I'd rather take a few light weight primes with me than that big heavy zoom (4 primes to cover it would together weigh less and be about the same size as that 28-70), not because I urgently "need" a 50mm because without one I can't take the shots I want.

No, you do not need a 50mm lens. I have checked my photo collection (35 years worth of pictures) and the only time I used the 50mm was when I just bought my first SLR at age 14 and could not afford any other lense. As soon as I had a 35mm and a 135, that's all I used. Then when I got older I bought a 35mm and a 85mm (and later a 200mm) and I loved using them, while my 50mm was collecting dust. Then even later, I switched to DSLR with good zooms (Canon L) and I can now check what focal lengths I zoom to, and it is always either < 40 or > 80. Apparently, I do not need a 50 mm, and to be honest, I am not too impressed by others using it either. It is a horrible flat characterless focal length. Not the intimacy of tele, not the overview of wide. So if you want my 50mm, you can have it.

Yes, if you consider 1.8 fast. There is no reason not to spend approx $100 to get a lens under f/2.8. To go to 1.4 or 1.2 you're going to spend exponentially more though! Also keep in mind the "crop-zoom" factor. The 50mm 1.8 was my first fast lens and I don't really use it too much anymore, but later on I grabbed a 28mm 1.8 which is closer to a 50mm range on a crop-sensor, and I use that all the time. I still love both and when I go to full-frame 5DmkII I'll probably mess around with the 50mm/1.8 again or splurge on a really fast 1.2 or 1.4. For doing natural light shots in tight spaces/at weddings, you can't beat them.

If you expect to also expand your night photography capabilities that way, know that not all f1.4 or f1.2 primes are made equal. For example, classic 50mm designs without aspherics are known to behave quite differently from aspherical designs like the Sigma you mentioned, or the f1.8 AF G Nikkor, when challenged with a typical urban nightscape scene, due to very different contrast performance and correction of coma aberration when wide open.

As many other have said, 50mm f/1.4 is not really needed. I have had one from when I first started photography and honestly, I never really use it anymore. I really just bring it out for when I want to improve my skill of improvisation of using a fixed focal length - which I sometimes do when traveling.

But in reality, 50mm focal length, in my opinion anyway, it kind of a boring focal length. It is standard POV, which unless you are a street photographer, doesn't often inspire much creativity. I honestly prefer much wider to have more dramatic compositions. The lenses I have been using a lot lately is my 15-30mm F/2.8, where it is mostly always at 15mm. Also my 85mm F/1.4 is quite frequently used and if I need longer, I would use my 70-200mm F/2.8 - which honestly is not very often now with a 85mm F/1.4. 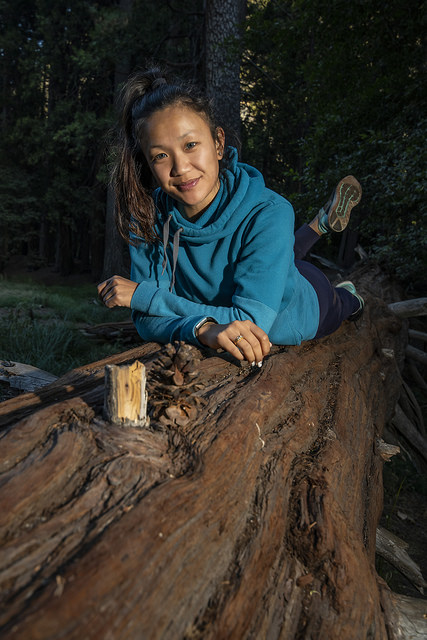 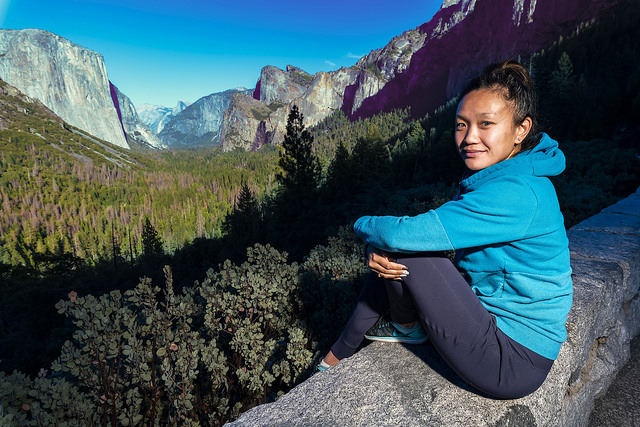 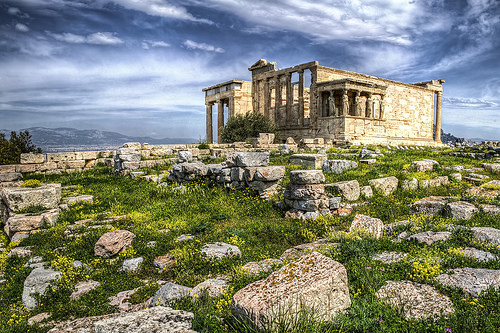 Not the answer you're looking for? Browse other questions tagged lens equipment-recommendation pentax sigma 50mm or ask your own question.