How much "noise" is acceptable in a photograph?

I've been at photography for a little over a year, and I primarily do landscape and wildlife/bird photography. Most of my work has been a learning experience so far, with few shots actually something that I believe is high enough quality to try selling.

As I've experimented, I've learned that the best times of day to shoot interesting shots (particularly for landscape) are in the mornings and evenings. At these times, light is lower, and I tend to have to increase the ISO to capture a proper shot. With landscapes, I have the option of exposing for a longer duration (or use an ND filter and expose for a considerably longer time, but that totally changes the game), and I don't have to increase ISO as much, but for wildlife, to get a shot with enough sharpness I often have to increase my ISO to 800, and in a very few occasions, 1600. As a result, I have very few shots that I've felt were "acceptable" due to lots of grainy noise.

My camera, the Canon 450D (Rebel XSi), does not have very good ISO performance, so 800 is not particularly good, and 1600 is pretty terrible. At least, this has been my gut feeling most of the time. I am wondering when noise is unacceptable in a photograph, and if there are tools (other than Lightroom) that are adept at removing noise without softening the resulting image so much that it is still unacceptable. I like to print at 13x19 (A+) size, so the sharpness and clarity of my shots shows through on my prints to a considerable degree. 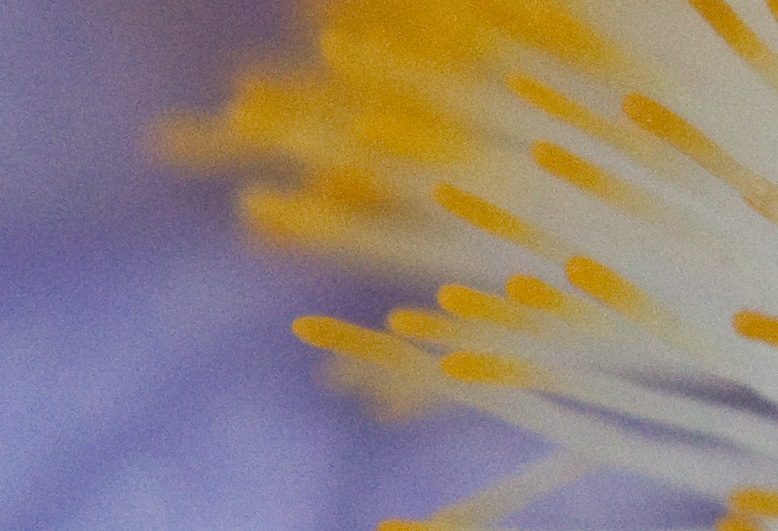 Figure 1: A macro shot of an Iris at 1600 ISO. Tried to shoot some that were in full sunlight, however wind forced me to reposition to flowers in the shade that were not moving, and I had to use ISO 1600. Looked OK on the camera, but the noise is extremely visible on screen, and shows up when printed. There are little details in the stamen that have been pretty much obliterated. 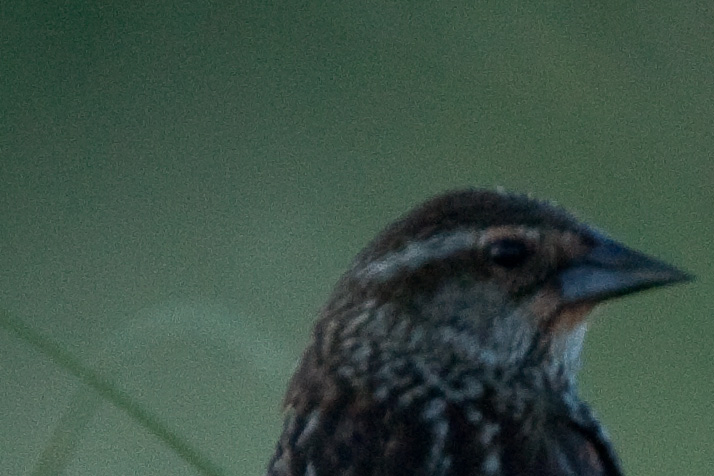 Figure 2: A shot of a finch near sunset, surprisingly shot at ISO 400. I had to shoot at the 400mm end of my 100-400mm, so the image was a tad soft to start with. The noise drowned out any of the feather detail that was left. I'm not really sure why this shot, at ISO 400, looks so grainy...most of my ISO 400 shots seem to be ok, and the noise is acceptable. This shot was cropped quite a bit before it was printed, and the noise was visible in the final print, although it wasn't quite as bad as the ISO 1600 shot of the Iris.

It totally depends - it's an artistic vision thing, and I don't think anyone but you can really answer it. That said, I've rarely encountered folks who were insufficiently concerned about noise; far, far more often people are more worried than they should be. It might be worth your while to have some third-party critiques of prints you're concerned about. Perhaps you could post an image here too?

Whatever you do, don't evaluate noise by zooming to 100%. It will look far worse than it really is.

Another answer suggested a B&W conversion - that can help dramatically in terms of noise mitigation.

Also, given the new samples, which appear to be at 1:1, I do wonder if you are falling into the 100% crop trap. Since you're most concerned with prints, I'd suggest circulating those for feedback - unfortunately, that's not something we can help with. :) But even non-photographer friends could help; get their initial impressions, and then ask them if they think it's too grainy.

Don't forget that noise can also be a creative tool. Especially when paired with black-and-white, high ISO noise can sometimes add a lot of atmosphere to the image. Some images need noise.

I'd say that the answer to your question is "as much as the image can take".

There are two different kinds of noise, and they should be discussed separately: luminance noise and color noise.

The color noise is disturbing, unwanted and should always be avoided. Here's how it looks: 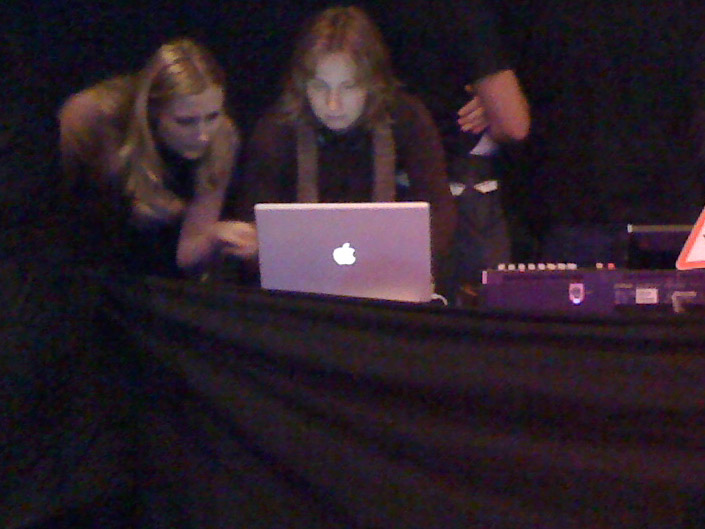 Luckily, it's very simple to eliminate it without loosing details, so about any noise reduction software will do: 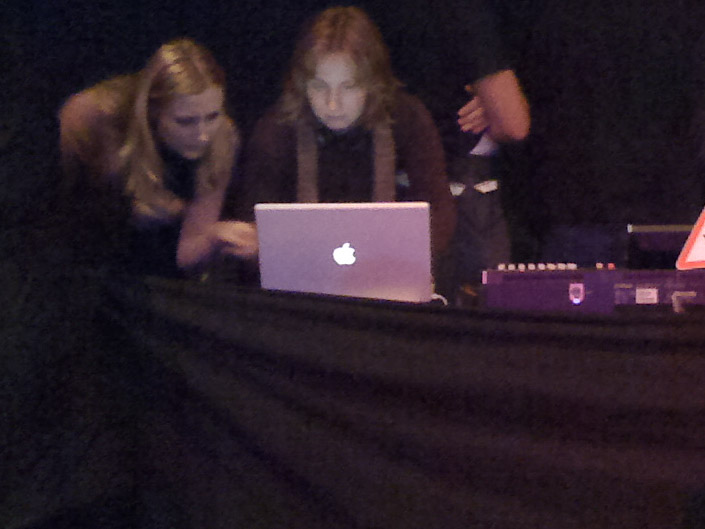 (of course, this is an extreme example).

Of course, if you have an extremely noisy picture, you will have to reduce luminance noise as well, but never too much.

I guess it depends on personal taste. There surely are people which would claim anything above ISO 200 has unacceptable noise, while others are happy with low-light images from compact cameras which look like oil painting and still are significantly noisy.

If you feel your high-iso photos are unusable, feel free to avoid the settings, but it will cost you some amazing pictures you'd otherwise be able to make.

How much noise/grain we accept is subjective, but there are at least some things we can say:

So, noise that look like film grain is generally more accepted. By reducing most of the color noise and some of the luminance noise, I think that you can reach a good compromise that doesn't remoce too much detail.

Even if you think that your camera doesn't have very good ISO performance, it's still a lot better than my first DSLR, the Canon D60. It was terrible at 800 and awful at 1000, and it didn't even go as high as 1600. Still I payed about five times as much for it...

Newer cameras are definitely pretty good at high ISO, both compared to older cameras and compared to film grain. If you compare the result from your camera at ISO 1600 with the grain in an ISO 1600 film, it's not very noisy at all.

Most of the answers here discuss noise removal in post-processing. My suggestion would be to do everything you can to avoid noise (if noise is not part of the concept) before you take the shot - good camera, fast lenses, VR/IS where applicable, stable tripod for landscapes and gimbal type head for wildlife, proper technique.

I only apply some general noise reduction in Lightroom 3. Both in luminance and colour. The colour is the primary culprit.

That being said, I practically never shoot above ISO 1600 and to me ISO 1600 is often something I'm not really fussed about, at least with my 50D. In fact, I rarely skip a beat when having to dial up to ISO 1600. It's just part of nailing the shot with the right shutter speed and aperture in the given conditions.

With lower performance in the noise area however, I can see how you might be concerned. The problem really amounts to what feels right.

When you print an ISO 800 image, does the noise bother you? Do you apply any basic noise reduction?

This example, in particular is shot at ISO 1600. You and I can notice some noise but in no way does it really impact the photo at all. 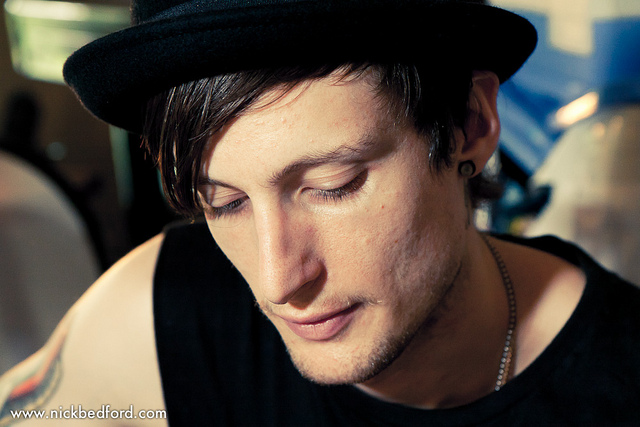 Here is the 100% crop. Again, this is with some moderate noise reduction in LR3. 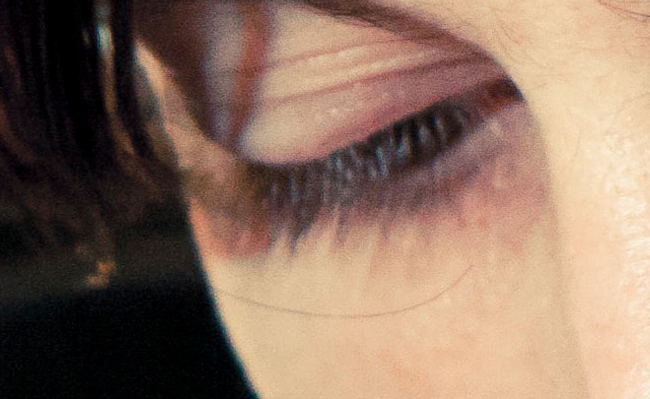 It depends, not only on you, but also on which parts of the picture.

Noise is often hardly visible in contrasty, sharp areas, but may be more disturbing in the bokeh for example. In your iris picture, I'd apply a rather brutal noise reduction (for example, a gaussian blur of several pixels) and be more conservative on the sharp parts.

For an example: http://mmoy.piwigo.com/picture?/2434/category/15-nature&slidestop=&metadata. The picture is taken at ISO 800 and was a bit noisy out of the camera. I completely eliminated the noise in the background. You can still see the noise if you zoom to 100% on the fly (http://mmoy.piwigo.com/action.php?id=2434&part=e&download for full-resolution), but I find it really acceptable. The bad news is: doing this kind of thing takes some time for each picture.

(I did this with darktable)

Noise is very subjective but one thing others dont mention is the point of the shot and subject.

Main things that pop into my head that noise would simply not be acceptable for:

Basically - the more detail you want to be able to see, or smoother the subject should look, the more important it will be to get rid of or reduce the noise. For 35mm street photography, full body portraits, composed scenes and stuff like that its far less important and can even add another dimension to the piece.

And then also consider the view and medium. If its going on social media it'll probably be scaled down so much that noise won't be a factor. In print it can depend on the image but also on the paper - noise on a matte finish looks very different than noise on a glossy finish. On a personal website it's very subjective to your taste and look you were going for.

I try to keep my ISO below 800 but have accidentally switched settings at times and had images with ISO up at 2000 that were still incredible photos. The soul and spirit of the photo is much more important than clarity unless its one of those photo types above. For architecture, fashion, street, landscape, sports, wildlife its entirely a manner of taste.

And for those at 800 and even 2000, I do not reduce noise at all in post. I think the results look far worse than leaving it in. That can vary though with sensor you're using but in general I find removing the noise creates a more pixelated "low resolution" look.

Not the answer you're looking for? Browse other questions tagged sharpness image-quality iso-noise or ask your own question.

24
How can I reduce the noise present when taking pictures without lowering my ISO?
3
What is a good amount of noise reduction to apply in post-processing?
0
Image quality - related to camera or not? Blurry, artificially sharpened images
1
In my Canon t5, how much can I bring up the ISO without getting unacceptable noise?

28
Is there any noise difference between averaged and long exposure photos?
3
Why do the 600D/7D sensors have more noise at high ISO than 5Dmk2 or 1Dmk4?
5
Why am I getting such high noise when using ISO 320/640?
24
Longer exposure & lower ISO or shorter exposure & higher ISO - what gives better results when photographing stars?
2
Why did exposing for the highlights and raising shadows in Adobe Camera Raw result in so much noise?
2
Noise & Blue Speck in A Priority Nikon D5200
4
How do Nikon full-frame handle ISO noise, especially at ISOs other than full-stop increments?
12
How much ISO noise is removable in post?
3
Does Manual iso = low noise?