What are the consequences of making camera bodies black?

Considering that silver and other camera colors are outsiders, I wonder if there is a specific reason to make black camera bodies.

I can think of several "marketing" reasons (discretion, first, or aesthetics - black is posh), but I wonder if more technical aspects play a role here, or on the contrary if the makers don't take some effects of the color into account to privilege design.

For example, black is probably pretty bad for the thermal protection (on hot days, the temperature of the body can jump due to light incidence), but good to avoid reflections. These are random thoughts...

Then what is the influence of the body color on the optical and mechanical system, or on the imaging process generally speaking? If there are sources somewhere explaining these aspects, that would be nice.

I think black is primarily chosen to be discrete, and because that's what people expect. Whilst some people like to be different, most want their camera to look like a camera. On the first point, a shiny camera would be a liability for nature photography, as light reflecting off it could scare away animals. People tend to use camo coverings over Canon's white lenses for this reason.

It's not a manufacturing limitation: there are plenty of silver plastic bodies, in the good ol' days bare metal was popular, and then there's Pentax ;)

The other argument comes down to temperature issues. Black absorbs the most solar energy, but also radiates the most heat energy back into the atmosphere so the problem isn't as bad as you might think.

Canon's supertelephoto lenses have traditionally been white (cream) and the reason given was to prevent heat expansion affecting the optics. Other manufacturers predominantly make back superteles (actually Nikon once made a 300 f/2.0 that was white), as Tzarium points out in the comments this may be due to their not using flourite elements and thus have fewer issues with heat expansion. 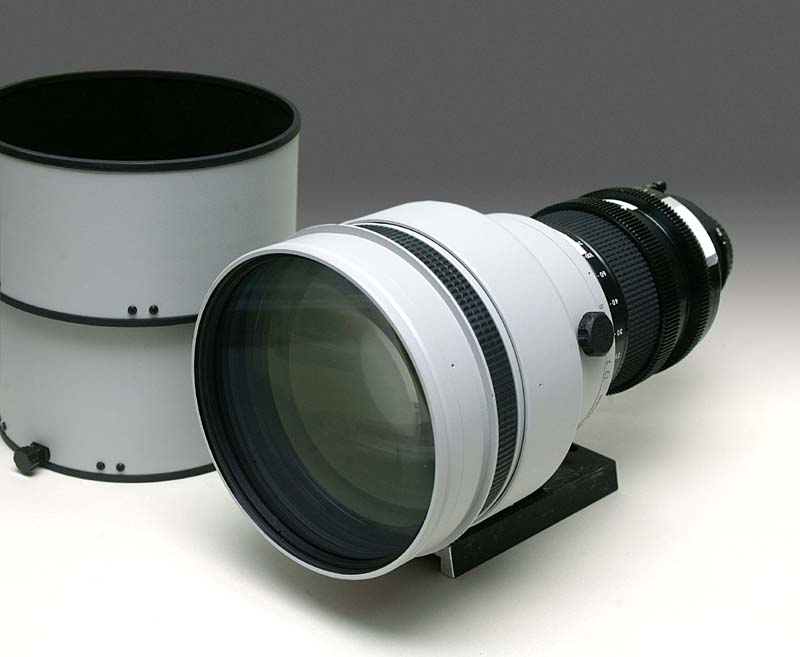 In the end then it comes down to marketing. White is Canon's trademark — when you see a sea of white lenses at a sporting event you know the majority of shooters are using Canon and that's a fantastic advert for them! 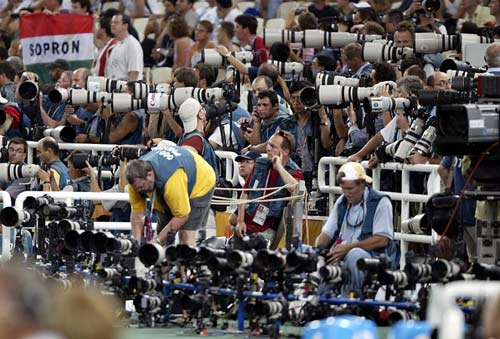 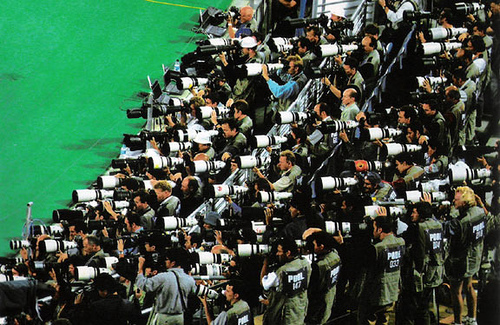 I think you're right: I'd say it's a combination of aesthetics (black is perceived as more professional) and reflection considerations (less distracting in reflected surfaces, subjects' eyes, etc.)

The fact that some DSLRs do come in colours (like the Pentax K-r in white and red) would seem to support the view that body colour makes no difference to picture quality, assuming the body is well constructed and light-sealed. (And if it isn't, the colour's the least of your worries. :)

The camera has a lot of surface area covered by your hand and the lens mount. The shape of the camera means most of the light is hitting the top, side and corners when the camera is held up during shooting. When the camera is idle on your chest only the top and maybe some of the sides are exposed.

Very little exposed area compared to a long telephoto lens. A silver or white camera is not easy on the eyes in almost all lighting conditions- I'm talking about looking at it to dial knobs and read labels on buttons.

Not the answer you're looking for? Browse other questions tagged dslr body science camera-design or ask your own question.

18
What are shutter actuations?
0
What are all the options or features a DSLR camera body can have?
76
Is it lenses which make your photographs, not camera bodies?
8
Why not have the diaphragm in camera body instead of the lens?
6
What are the heaviest parts of modern DSLR bodies?
1
What kind of plastic is used for good camera bodies?
2
Have lens/camera bodies been repairable by the consumer/user back in the day?
3
How to determine the resale value of used lenses and camera bodies?