What do I need to take really great shots of wedding cakes, including on-site?

First let me say I appreciate all answers and your time ... I just upgraded from a point and shoot (Olympus Stylus 7.1mp) to the Canon Rebel T2i and WOW am I excited and wow I just jumped into a big interesting world I know nothing of!

My reason for upgrading is that I am an executive pastry chef who has (over the last couple years) made the switch from Country Club/high end resort pastry chef to now owning her own Cake business. High end cakes, 3 awards won, 2 featured in International magazines. It's high time to take better pictures of my hard work.

So my question is: What should I buy to go with the T2i to get really great shots of the wedding cakes including on site (ballrooms, reception halls) for those cakes that are too large to move already built.

I am planning to get a new tripod (my current one does not pivot for tall shots), also planning to buy the 430e ii external flash. Thinking of getting light reflectors (gold bounces nice light onto white on white wedding cake detail work, I've noticed when the pros shot cake pics for magazines).

But do I need a lens hood? A filter? If so what filter? A soft box flash diffuser? Any other lenses? (other than what came with camera: EF-S 18-55, EF-S 55-250). Often the most elaborate labor intensive cakes are white on white which is always a challenge to capture in it's full beauty and detail.

I've shot plenty of wedding cakes (all on location) and whilst the techniques vary I can offer some general advice on the location side of things to complement Stan's fine answer on lighting techniques.

Lighting wise I use a bounced hotshoe flash whenever there's a white or neutral ceiling. Otherwise it's ambient light. One way cakes are not like people is that they don't move about so a tripod/monopod can help in low light, allowing longer exposures. A good standard setup is to use the corner of a white ballroom and bounce the flash, and shoot from a lowish angle:

Sometimes this angle doesn't work, this cake is lost in the background and fails to pop:

I got closer and higher and shot the following which is a bit better (though I included both shots as the latter doesn't shot the whole cake). Getting higher can help obscure a busy background:

I tried the high angle recently when a plain background was unavailable:

But for this shot I ended up settling for a lower shot as it suited the cake. You need to experiment to find out the cake's best side :)

Sometimes the cake will be the centre of the room, this makes it very hard to get a good shot, this cake was far too high to get above without a ladder! It's handy to have a long/fast lens available to allow you to blur the background. This was shot at 135mm f/2.0, not perfect but better than it would be with the background sharp!

Here's another example of blurring a busy background:

Usually getting closer works (even if the background isn't quite as good, again an f/2.0 lens helps here):

Some cakes need some context, so be aware of that too!

Finally sometimes you just get lucky - this last one was shot with available light only!

If there's one piece of advice I can give you, it's this: cakes are people too.

Your camera will be fine with the 18-55mm lens; you may decide later to get something a little longer and/or faster, but it's hardly necessary from the get-go. Wedding cakes tend not to be tiny, so the long end of the zoom range should give you a good "portrait" perspective on the cake. And it will let you focus closely enough to get the detail shots.

You will probably want to use a lens hood, since adequately lighting the cake for detail is going to involve off-camera flash (if you're not using ambient lighting or a continuous light source) and you'll want to avoid the possibility of any of the light striking the lens directly and causing flare. There's no need, though, for filters or any other lens-y accessories.

The 430e ii should be an adequate light source, but you won't want to use it "naked" -- the lighting will be too harsh, and you'll get overly dark shadows, especially in the fretwork-type details, flowers, etc., and behind the cake. Those tiny flash-mounted diffusers won't do a lot to fix that either; you'll want to use something fairly large. That can either be something to bounce the flash off of (like a large white reflector) or a shoot-through umbrella or diffuser panel. Or, if you're willing to spend a buck or two, a decent-sized softbox (Lastolite, Westcott and Photoflex, among others, make excellent units specifically for small flashes).

Going back to my lead sentence, the things that work for human brides will also work for their cakes. Well, except for direct flash -- you'll almost always want to light from an angle so you can see the details of the shape and texture. At the same time, though, you do want to control the contrast between the light and shadow side of things. You can use a reflector to fill, and later think about adding a second light at a lower power setting (if this gets addictive). I'd take it easy with the gold, though; the colour a standard gold reflector throws is really very yellow -- far too much for a white cake. There are reflectors with a silver/gold mix, sometimes in different ratios (Lastolite, for instance, has a "Sunfire" and a "Sunlite"). The difference between one of these "zebra" reflectors and a solid gold one is the difference between "white with vanilla shadows" and "white with caramel shadows".

If you start by treating your cakes as portrait subjects, you'll find that there's a lot of information out there to help you. Unlike a lot of food photography (which can be a real bear), you won't often have to worry about getting the sheen on sauces to look right, or conveying the feeling of heat or cold. You're working with the equivalent of complexion (the fondant) and fabrics (the decoration), so it's a matter of getting the colours and textures right as a whole. (Food photography as a genre can include some pretty intricate lighting to get all of the various disparate bits to all look right at the same time in the same picture.)

Avoid distracting backgrounds whenever you can. If you're shooting in your own space, you can use a seamless paper or vinyl background. On location, you may want to use a "pop-up" portable background (they're very similar to collapsible reflectors, and easy to schlep around, set up and put away) if there's a lot of unavoidable busy-ness.

Your camera will probably have an exposure setting for "high key" images (I don't know the Canon menus or settings), but you'll probably find that there will be a bit of trial-and-error involved in any case getting the exposure right. You'll want even the purest white to have enough body to it in order to have substance and texture, but not so dark that it doesn't register as "white" to the viewer's eye. That's a bit of a tricky balance, but if you keep to a fairly standard lighting setup, it won't take you long to zero in on a setting you can use as a fairly reliable starting point. It will only be when you're doing new custom colours that you'll have to do much fiddling around with exposure compensation and so on. It might help to use a grey card as a starting point.

Experiment a little. Play around. There's no reason why you shouldn't be able to take pictures that are at least as good as any of the ones currently on your site -- even those does by pros. You care about your cakes more than they do, and you know what you want to show to your customers.

One thing I didn't realise until doing the photographs at a friend's wedding recently (and the groom's sister had made the cake) is that a cake can have a front and a back (yes, even the round ones).

The back is where ribbons and any creases in the icing join up and once you look out for it you can spot it but it's something that can be easily overlooked if you weren't aware of it.

Looking through your gallery, the single piece of advice I'd give you is to pay attention to your backgrounds. You can do some adjustment of the exposure in photoshop at any point, but if you don't get the backgrounds right, there's little chance of ever making it a great picture.

At best, your background will complement the photo, and at worst, you should make sure that it doesn't contain any distracting elements (including doors, windows, window blinds, and picture frames). Before you take the picture, ask yourself if there is anything, especially items being partially cropped out on any of the sides of the picture, that are distracting. And if so, try to reposition yourself (high, low, another side, or get yourself a backdrop).

Get a lens that has good macro/close-focusing capabilities; this will let you get some of the fine details on the cake, which can be just as impressive as the entire cake itself.

I'd also recommend a lens with a large maximum aperture, such as a 50mm f/1.8 or f/1.4. This is important for two reasons:

Both are very important when shooting cakes on-location, where you'll probably have little time or control over the setting.

I would add a couple of things:

1 - a portable background can sometimes help - e.g. if the cake is in the middle of a cluttered room.

2 - shoot details as well as the whole cake.

I had trouble inserting an image, but here's a link to an example (I haven't done a lot of successful cake photography)

This is a follow up answer, to complement some of the others. Your website now has some nice photos of wedding cakes.

The photo on the front page has a big flaw: The cake sits in a fluffy, hairy carpet.

This is about the first thing I noticed! That might be just me, but especially because you have a very intricate cake, great lighting and background.

Then I think -- I don't like to eat of the carpet, especially such a hairy one. And, weird as I may be, I would look for a different cake designer! 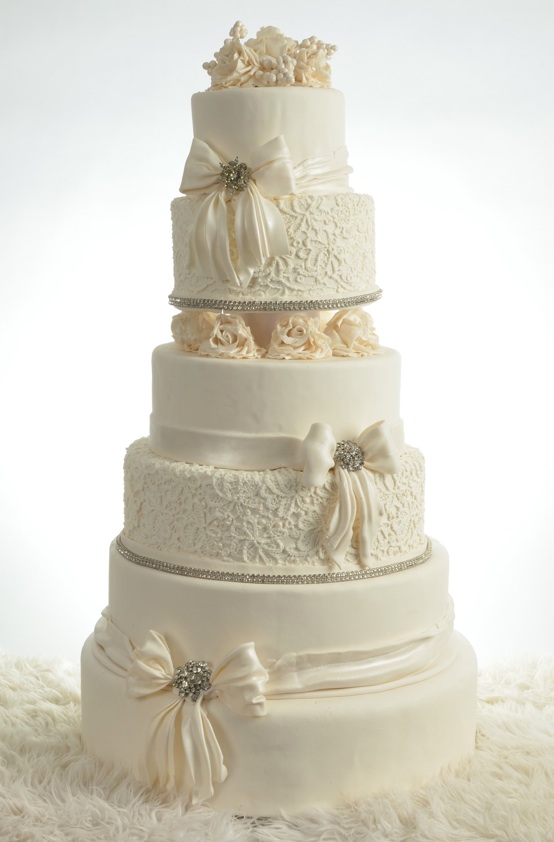 Not the answer you're looking for? Browse other questions tagged equipment-recommendation lighting wedding food-photography or ask your own question.

3
What do I need to take pics of building roofs?
9
What steps do I need to take to deconstruct the lighting of a portrait?
4
What lens to purchase for my Nikon D5000 for great portrait shots and pictures that are a distance away?
10
What is your stance when asked to shoot a wedding for friends or family?
6
What lens do I need to do super-close-up macro shots?
2
How to take product shots on a green screen background?
4
What is the difference between Canvera and Karizma wedding albums?
1
What type of camera do I need to take reasonable photos across a swimming pool?
2
What do I need to consider when doing a pre-wedding shoot in cloudy weather?