I went to shoot a sunrise this morning at the beach and got some great pictures, but when I uploaded them to some light post-processing, I was slightly surprised by how unsharp it was, and the amount of noise there was when I zoomed in. Is this normal for this camera/lens? My settings for the photo attached were 1/25, f4.0, ISO 100, and focus was set on the chair. My assumption is that it has something to do with the amount of available light, but I've seen plenty of sunrise/sunset pictures that are almost impossibly sharp. 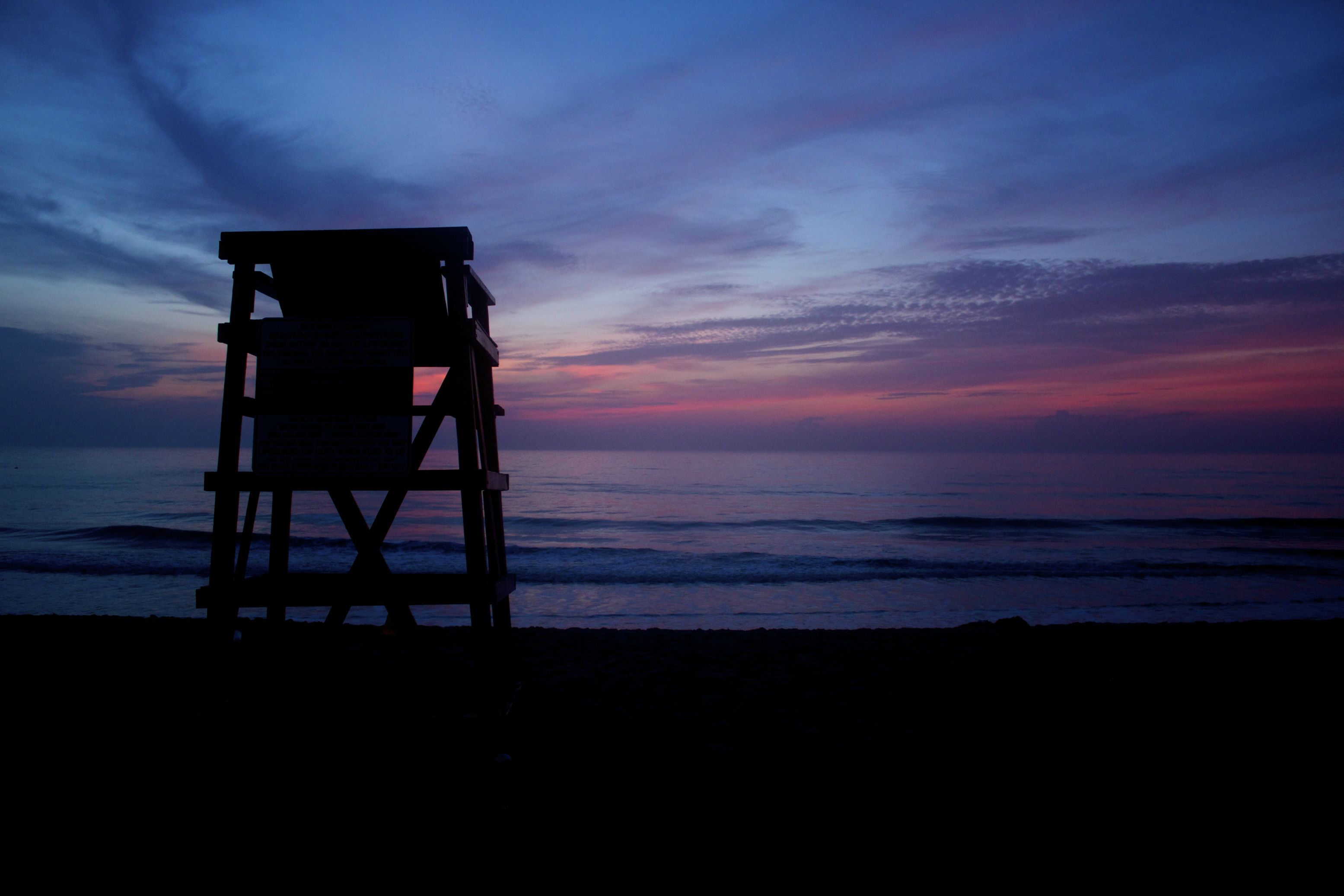 The Canon EF-S 18-55mm Kit lens is not the sharpest lens known, not if you're judging the pic at 100%. But when you're using smaller version of the image, sharpness is acceptable. Your example image looks sharp enough to me in this size, for a kit lens, its a good result.

Now, the noise. Its a very complicated term. It depends on a lot of things, one of them is wavelength of the light, or you can say color of the light. Blue channel is the noisiest channel and green is the least. Your sky is mostly blue and looks like that's the cause of the noise you're seeing.

You did not mention if you shoot raw or jpeg. jpeg images converted from raw provides better sharpness comparing to in camera jpeg. Also, T2i has a very powerful sensor, it's image quality increases a lot more when you use it with a superior lens. So, if you're not happy with it, try getting a lens known for its sharpness (rent for a day or ask a friend), shoot with it and check if it makes you happy or not.

The sharpness seems reasonable for that lens at f/4. Noise can make an image look less sharp, but you could sharpen it a little in post.

As for the noise, it's most likely the result of underexposing the image. Underexposing an ISO100 will lead to more noise than using a higher ISO! If that weren't the case there'd be little point in having ISO settings.

The reason for this is that the camera electronics create a sort of base level of noise, regardless of how much light there is. Using a high ISO amplifies the analogue signal (which will be low in low light) before it is converted to digital and thus gives you a much better signal to noise ratio (therefore less observed noise in the image).

That looks sharp enough for the gear and settings you used, and in general it looks sharp enough anyway. Pixel peeping is misleading as it's rare for people to actually see that kind of detail close up. Pixel level detail in photos is not quite as perfect as you might have expected.

Not the answer you're looking for? Browse other questions tagged canon-550d sharpness noise sunrise or ask your own question.