Why does this wireless flash trigger fire non-stop?

I recently purchased a suspiciously cheap flash remote trigger system called Jianisi PT-04TM for about $20 and set it up with my Canon EOS 40D and Sigma EF-530 DG Super external flash.

The surprising part is that I got it to work... kind of. If I position the wireless receiver and flash gun just right, it triggers when I want it to. However, if I attach the flash all the way into the receiver's hot shoe, the flash immediately starts to fire continuously.

This has led me to the conclusion that the receiver's hot shoe is causing some of the connectors on the flash gun to short circuit. The flash has five connectors located right next to each other, but the hot shoe only has one large one - and the shoe itself is metal. See picture below. 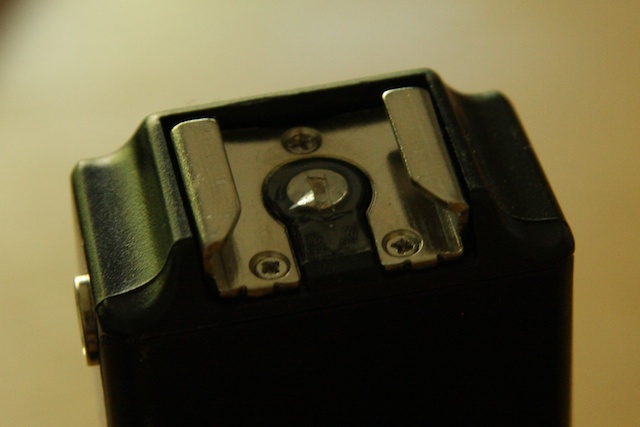 The stuff that's peeling off is transparent adhesive tape. Since I'm posting this you may have guessed that didn't help.

For reference, this is what the flash gun's connectors look like. 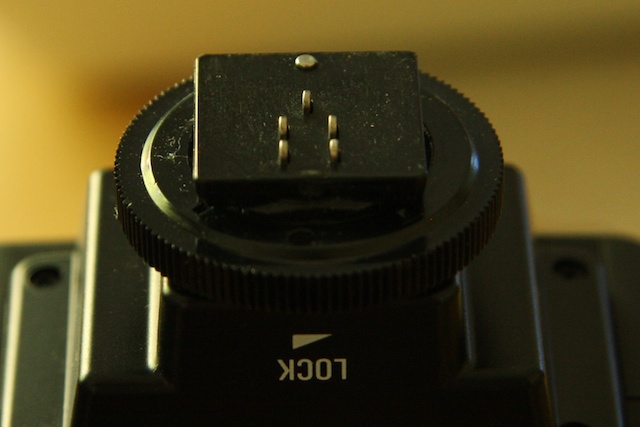 Is there something that can be done to get the wireless system working without draining the batteries on the flash while looking for the "sweet spot"? Or should I just toss it and get either a decent remote trigger system or another flash gun to set up as master?

This may sound silly..but are you sure its rotated the correct way? It doesn't look like the flash shoe would prevent it from this angle and any of those four pins resting on the ground plate could cause funky things for sure.

If not... While I can't say for sure, part of your problem could be this (although I can't imagine why it would be causing rapid fire):

If not, its either broken or incompatible.

I personally don't bother with ebay trigger sets (they almost aways say PT4 or something). They are more or less based on the same electronics inside. A cactus kit I had six triggers, two never worked and the other four fired inconsistently- this is after opening the transmitter up, adding an antenna and resoldering the connections.

You can pretty much subconsciously tell they are of the same breed/internals after awhile :\

If you want to keep this set though, have you tried putting tape on the outer metal ring too, along with the outer edge of the inner circle?

Take a look at a Radiopopper jrx system- althought the prices have gone up alot, used to be 210 dollars for one transmitter and two receivers now that will cost 270. Still a bargain considering I have never had a single misfire or failure to fire with them.

Another choice would be the Paul C Buff Cybersyncs which will go for 60 a transmitter and 70 for receiver which is the cheapest non-shady trigger you will find.

Next up of course are Pocketwizards PlusII which go for 170 each transceiver. These I've only rented these but they didn't actually offer anything more than the Radiopoppers aside from being able to take one off a flash and put on a body or vice versa.

You can checks whether it's a pin issue by connecting only the two pins that matter: center pin and hot-shoe side on the flash and with the two contact parts on the receiver hot-shoe. (Two simple wires should suffice, you can use duct tape or ask someone else to hold it while you try the wireless trigger.)

If this works, you then just need to cover the hotshoe properly, or buy a Canon-pinout-compatible hotshoe adapter and connect it to the triggering port of the receiver.

Not the answer you're looking for? Browse other questions tagged troubleshooting off-camera-flash wireless-triggers or ask your own question.

3
Can any radio flash triggers be used without a sync cable?
1
When using wireless triggers is it best to use a different wireless shutter release system?
1
How can a camera signal an electronic device that a photo was taken?
2
What setups work to trigger a Profoto B1 and Canon 600EX-RT Speedlights together from canon body
1
How do I get my Yongnuo YN-560 III to sync off-camera with a 5D Mark II and RF-603 II?
4
Understanding IR / RF flash systems
1
Can manual non-TTL flashes be fired remotely without a remote trigger?
1
The combination of transmitters to fire AND control Canon 430EX III-RT and Yongnuo YN-560 IV
1
Why can't I trigger my Yongnuo flash with my Yongnuo transmitter?
3
Why won't my Commlite T320 triggers work as a shutter release for a second camera?