How does one get these HDR effects?

While I'm not a big fan of HDR images that hase been pushed over-the-top, I must admit that most of the images found on this Flickr page strike a good balance between very vivid colors and a "natural" (no HDR halos for starters..) look. However, were could I find a tutorial that helps me create my own pictures towards this direction? What are the secrets?

I'd usually just say something to the effect that to get really good results consistently you have to put a lot of work in and that goes above and beyond simply feeding images into Photomatix, and whilst that's still true, I think in this case I can offer some more specific advice.

I pretty sure those images were done by manually blending two images, one of the sky and one of the foreground. This is based on the overall look, lack of halos, the existence of actual deep shadows, and a slight artefact on the second one that looks like a telltale masking sign.

Most scenes you'd use HDR to capture have a dynamic range that's roughly divided into two sections, the foreground, and the sky. The sky is usually much brighter as it's the source of illumination (like when you get a flashgun or the reflection of a flash in a photo, it's really bright). However the sky itself has a relatively low dynamic range, which fits into the range the camera can capture. Likewise with the foreground (to a slightly lesser extent). It's just the combination which is too much for the camera.

This leads to an alternative way of producing images of such scenes. Shoot two images one exposed for the foreground and one for the sky. Each can be processed using standard techniques to give a punchy contrasty, but not abnormal looking image. As each image is processed normally you get none of the HDR tells, the painting like effect, the lack of any deep shadows, the grungeness (where the software tries to add contrast to areas that shouldn't have any) and the halos where dark and light are blended into each other but not along proper edges:

Here's an image I produced from a 7 shot HDR image with Photomatix. It looks horrible and displays all of the artifacts listed above. I wasn't trying to create a bad image, but I didn't have long to play with the sliders. I'm sure you can do better but the resulting image will always have a lot of the same qualities.

I decided to start from scratch and took just the brightest and darkest images. Here's the darkest image, given a contrasty raw conversion:

Sky looks good, but the subject is just a silhouette. Here's the brightest image, given similar treatment:

Again subject is good but the sky has gone to almost pure white! However it's a relatively simple job to merge the two into one image. The white sky gives a basis to create a mask, although some additional manual selection is required around the edges of the guitarist. Here's the final blended image:

It still has an unreal look to it, but without distracting artifacts. There is no halo as the transition from light to dark takes place along a hard boundary (the subject's outline).

A few notes, the shadow was taken from a third medium exposure as the one from the bright exposure looks dodgy. The hair is mostly from the dark image, the light/dark boundary goes through the area of hair closest to the face. This avoids the task of cutting round hair, which can be very tricky. The bright image had to be warped slightly with the liquify tool due to subject movement, some parts of the dark image were showing through!

The results aren't perfect but I look forward to using the same approach on landscape/architectural photos when I have the opportunity.

I don't think you will find secrets in how to do this technique. HDR in my experience is a lot of pushing the values up and down untill you find something you like. It is different for each image set and each location shot. Photomatix Pro or Photoshop Merge to HDR are good places to start.

Once you have the software portion, create the HDR, then bring the rendered image back into Photoshop to do touchup work. You specifically asked how the halo effect was left out, and that can be done post HDR production if you simply mask one of the original images back in. It can be time consuming but worth the effort.

I would guess that a polarizer was used in the creation of these images, and the HDR effect also brings that out. The vivid colors are very typical of any HDR so I don't think anything special was done here.

I wish I could give you more details, but this photographer looks like he is quite good at HDR and it is not something I specialize in.

Great HDR examples by the way, the first 2 that is, the third is kind of bland I think.

do not know your camera but there are two ways: 1) camera has a built-in HDR (like my Pentax) so you only put it on tripod and choose HDR mode. The camera then takes 3 pictures and immediately "mixes" them into one HDR picture. 2) you shoot those 3 photos "manually" with Exposure bracketing function and then use some SW like free Luminance HDR and play a little with it. Some users recommend to shoot one photo to RAW and create those 3 jpegs from it, but I never had time to play with RAW, so I use jpegs. 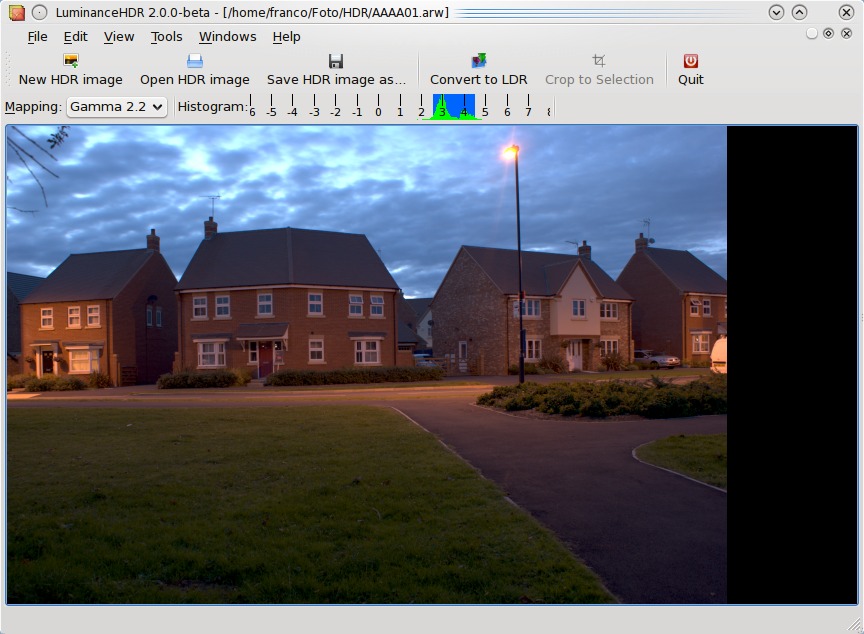 PS: the effect with nice blue sky with contrast white clouds is surely made with polarizer (CPL filter)

I think secrets are 3, using a tripod and get a camera with remote shutter and builtin HDR function. In fact except if you are using very high end models, the builtin HDR is more optimized and able to take the 2 or 3 shots a lot quicker than AEB or working with manual set bracketing, this together with wireless or remote wired shutter button reduce the chance of getting halo due to movements a lot.

Not the answer you're looking for? Browse other questions tagged photo-editing hdr tutorial or ask your own question.

37
How can I get a good HDR image from a single RAW file?
55
What is tone mapping? How does it relate to HDR?
7
How does automatic HDR software work?
4
How to take HDR photos?
2
Get HDR for part of a image
4
How to get original images when using the HDR mode on an iPhone?
2
How does Lightroom compare to Photomatix for HDR images?
1
What is the cause of these hard transitions after HDR processing?
7
How to get clear tree branches when bracketing for HDR?
8
How to avoid these artifacts around cables in HDR?