Why buy an intentionally soft lens?

While reading some reviews of older lenses, I keep reading "It's soft wide open, but that's not always a problem with portraits." Over my rather short time in photography thus far, I've come to appreciate very sharp portraits and if some softness is needed, it's easier to add softness than to add actual, true clarity.

Am I missing something here? Why would you want to buy a soft lens? (Note, I'm not talking about an adjustable "soft focus" lens, just an older, not sharp lens).

Ah, I think what you may be missing is that you're putting two things together that aren't intended to be:

They seem the same, but they aren't. The first is really a statement that, in the right conditions, the softness of the lens has really no impact. This is not a statement of desire, I think.

Anyways, all that they are really saying is that the soft lens may not be totally useless, so don't just throw it away.

I think in general, though, Joanne C is right; for situations where soft focus is acceptable (or desirable), it isn't a problem – which sounds pretty obvious when put like that.

As you note, there are some specialty lenses sold with adjustable soft focus — Canon makes one, and Lensbaby has a Soft-Focus Optic. But other lenses may be soft even without being designed with that as a selling point. In fact, it's hard and expensive to design a fast lens that does not exhibit softness at wide apertures.

Soft focus is spherical aberration, not just blur. The image is in focus, just soft. This can be approximated in post-processing, but it's not as trivial as just running a blur filter over the image. So, there's some appeal in having a lens which has this property optically. I imagine that these have always been relatively niche items, and the easy manipulation afforded by the digital age makes them even more so¹, but they're still around and I think still have their place. There's something viscerally nice about creating a photographic effect optically rather than with manipulation, even if the end result is similar.

Photography as a pursuit can be about getting certain results by whatever technical means work ("the ends justify the means" — teleological photography, one might say). But it can also be about enjoyment of the processes, with the actual results being only incidental. Or, perhaps rather, the stand-alone result gains meaning and value² because of the process of its creation. I think that for many people, using a soft-focus lens is like the Lensbaby series of products in general, or using a 300-year-old tower as a camera obscura, or, these days simply shooting with film. You don't do it because you can't get the same results on a computer. You do it because it feels better that way.

1. Especially because as Jay notes in the comments to your question, the soft focus look may not be as desirable an outcome as more selective blurring. So if that's the end result you're going for, yeah, maybe look elsewhere.

2. Even if only to the artist; and hopefully even in that case something of the artist's spirit and intention will come through in the result, maybe in a way it wouldn't were the image created a different way.

I think in a lot of cases, it's fairly simple: with a "softer" lens, you can get the smoothing with minimal effort, and you virtually eliminate the possibility of producing skin that looks unnatural and "plasticky". With post-processing, there's frequently a pretty narrow range between annoyance from blemishes, and annoyance from plastic-looking skin. In some cases (especially with older subjects, for one example) that range narrows to none at all -- the skin looks completely fake, and yet the blemishes still look pretty excessive.

A "soft" lens can often do what seems impossible in post-processing, and with the same subject under the same lighting, the blemishes become much less visible while the skin still looks entirely natural. For example, here's a pair of pictures taken at f/3.5 and f/2, but with the same lens and nearly identical lighting (taken about 30 seconds apart or so). 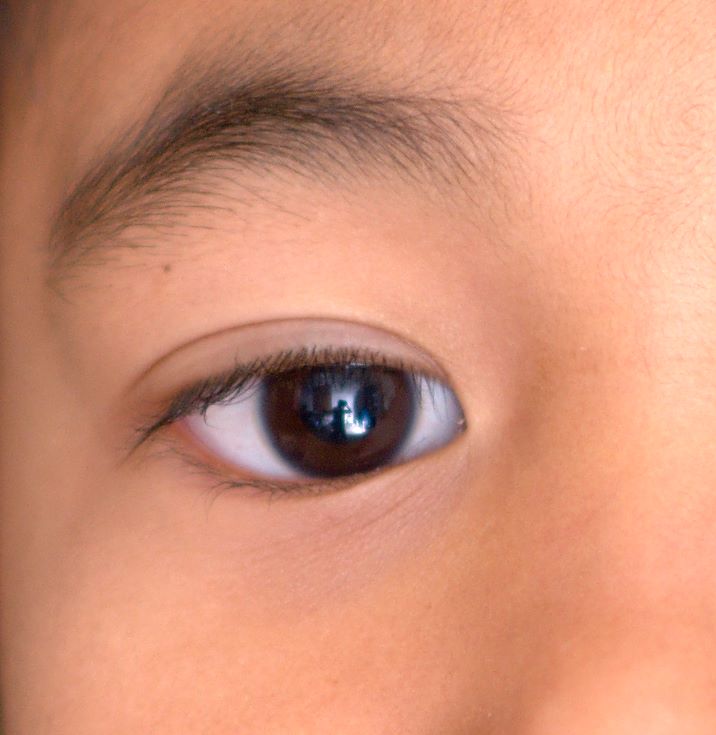 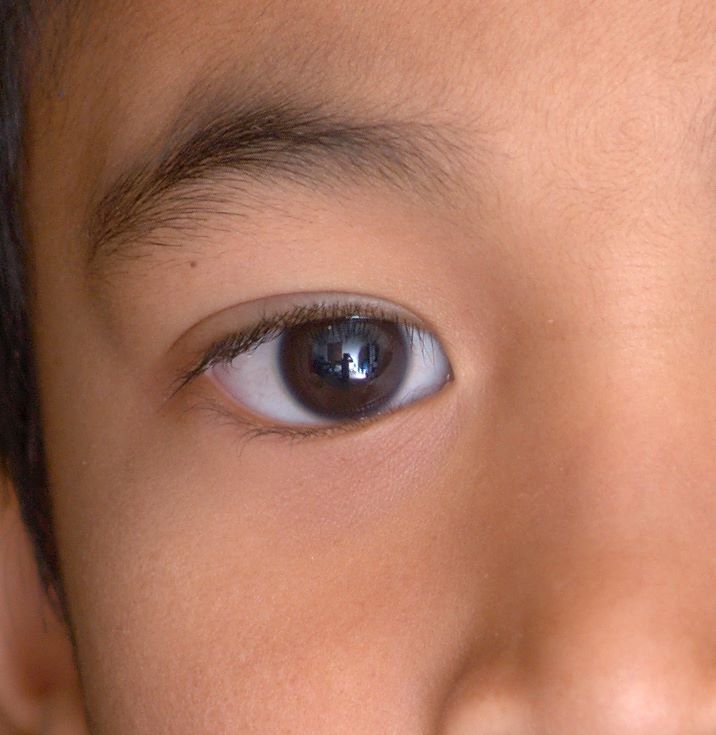 At f/3.5, there's clearly more DoF, but the skin just below the eye is in pretty decent focus in both cases -- but in the f/2.0 shot, while the skin still has enough texture visible to look natural, it still has noticeably less than at f/3.5. Of course, given that this is a 9 year-old, you don't expect to see a lot of deep wrinkles in either case.

Especially given that we're looking at 100% crops where, I doubt that most people would think of the f/2.0 shot as being terribly soft -- but I think you can see where a lot of women in, say, their mid-30's would prefer the look of the first to the second.

I should add that in a lot of cases, you can accomplish something similar even with a lens that doesn't get particularly "soft" at a wide aperture. The trick is to find areas that are relatively wrinkle- and blemish-free that will be in sharp focus, and let the minimal DoF take care of "blurring" the rest. Since this is something that's going to happen anyway, it usually looks quite (entirely?) natural -- the real trick is getting what you want to in focus without getting the person into a strange/awkward-looking pose.

Not really my area but if softness is the only real fault, then I couldn't imagine it's much different to using a soft focus or diffuser filter on your lens. It would only be a problem if the lens has other faults - distortions, excessive CA, lousy contrast, etc.

Not the answer you're looking for? Browse other questions tagged lens portrait sharpness old-lenses softness or ask your own question.

49
What image-quality characteristics make a lens good or bad?
11
How can I approximate 'soft focus' digitally?
15
What is the difference between a soft and sharp image?
9
Real-time vs post-production blurs — what's the difference?
4
Is it possible to add haze to a portrait shot?
4
Why am I getting soft images with my Sigma 24-70 f2.8?
2
If I want soft focus, should I get the Canon 135mm soft focus lens or do it in Photoshop?

4
What lens should I get with a Canon 7D for portrait use?
0
Good all-round lens for Canon XS/1000D? Is 24-105mm F4.0 IS USM a good upgrade?
2
Can a lens's bokeh be predicted by reading an MTF chart?
13
Do lenses lose sharpness when they age?
2
If I want soft focus, should I get the Canon 135mm soft focus lens or do it in Photoshop?
3
What to look for in a wide angle lens?
2
Long-end softness in a wide-angle lens
2
Need help choosing between two DSLR/lens setups