How can I photograph hummingbirds?

The rules for photographing normal birds largely don't apply to hummingbirds. You're unlikely to be able to predict or keep up with their flight path, especially with autofocus. Additionally, the wings move so fast that traditional shutters only capture them well at max speed with bright light.

What are some techniques to overcome the focus and wing-freeze issues?

Disclaimer: This is second hand information, so YMMV.

While I was guiding a tour in Ecuador, I met a photographer who spent almost 10 years chasing hummingbirds for a book. We spent an hour or so talking about how to photograph them. Here are the basics:

Hummingbirds perch and rest: capture them then. 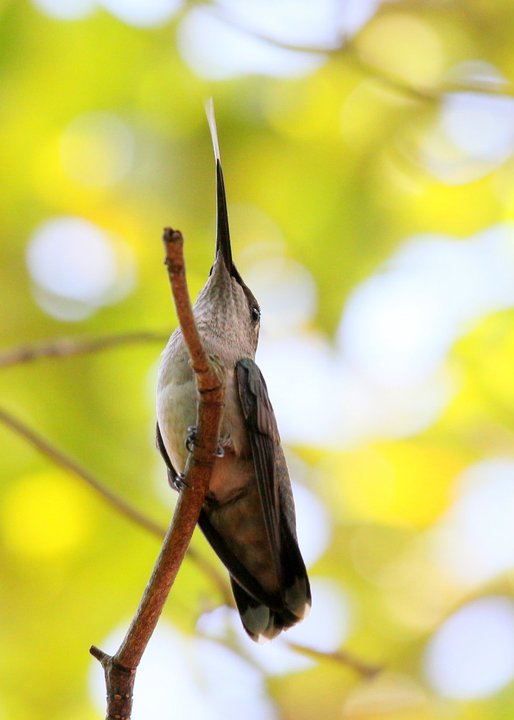 To evaluate the possibility of capturing the birds in flight without a flash, I invite viewers to decide for themselves whether the wings have been adequately frozen in this picture (f/5.6, 1/3200 sec, ISO 800). 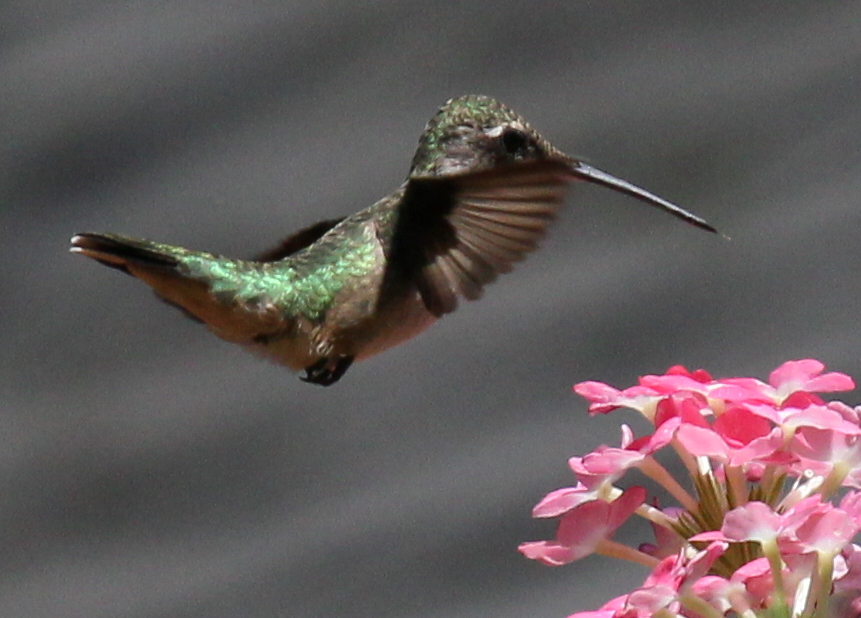 In response to a comment, @rfusca has suggested this answer be amplified to point out that exposure duration is not the only determinant of blurriness in motion. The apparent motion of a subject (like a hummingbird's wing) depends on how its velocity is projected onto the sensor. The component of the motion towards and away from the sensor contributes little to the blurring. Moreover, in complex and repetitive motion, like a wingbeat, there often are times when the velocity is relatively small. For example, the first image below was obtained at 1/4000 second and the second image, taken just three seconds later, was obtained at 1/2500 second: almost twice the duration. Yet the second is tack sharp compared to the first for two reasons: (i) almost all its motion is towards the sensor (or away from it--I can't tell which) and (ii) the wing is at a low-speed part of its cycle. 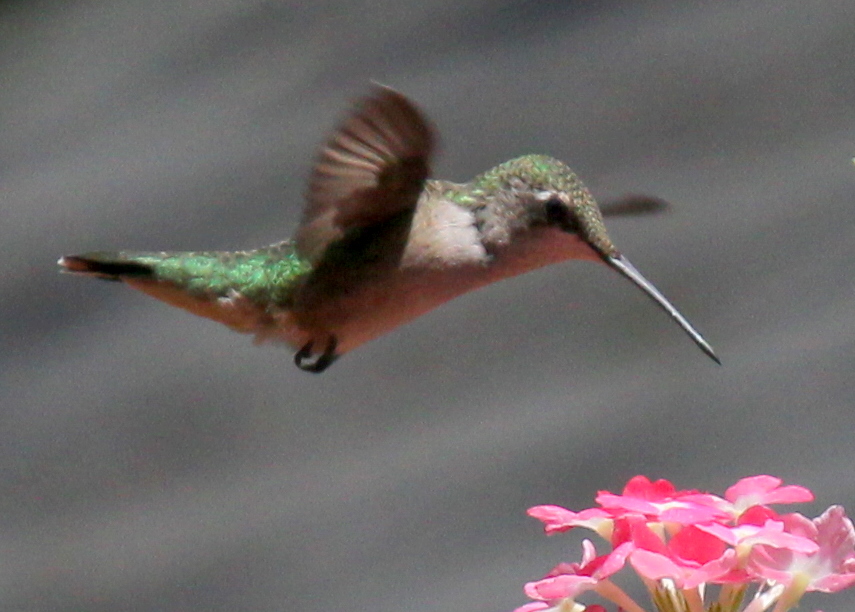 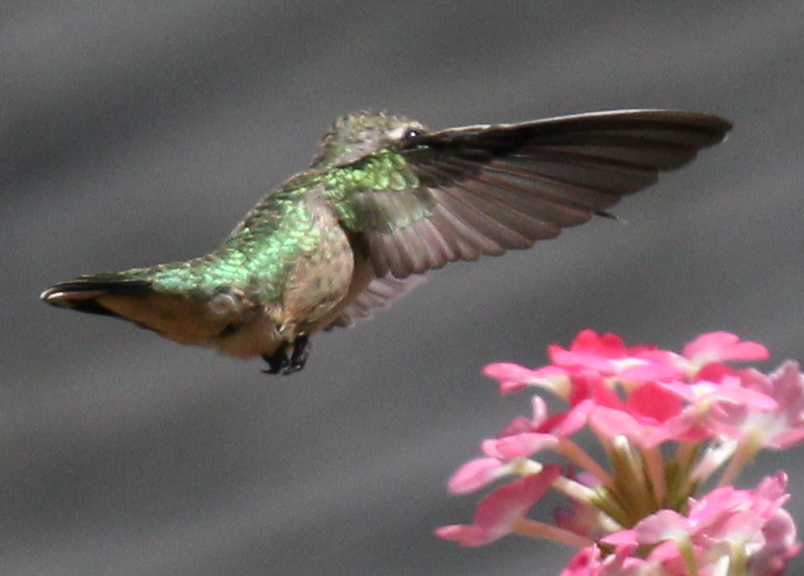 Not the answer you're looking for? Browse other questions tagged wildlife birds or ask your own question.

15
Where can I find advice on using an advanced AF system for wildlife and bird photography?
4
How can I take pictures of flying seagulls without just getting white blobs?
0
What technique can I use for shooting pet birds in cages?
4
How can an amateur wildlife photographer get good photos of urban foxes?
2
For those that can afford fancy teleprimes is it preferred to use AF or MF for birds?
9
How to get started with Wildlife Photography?
20
How do I shoot birds against the sky to be faithful to their colour?
2
How could I make the snake better stand out from the grass in this “backyard wildlife” photograph?
0
How can I set a fast shutter speed and not have a dark image?
12
How should I approach deer to photograph them?