How can I improve my photo of a night city landscape with a starry sky?

I like taking city photographs, like monuments or squares, with a starry sky. Since the square/monument is usually well illuminated, I take advantage of HDR with a short exposure for the illuminated things and a long one for the sky. The final result has always some little problem I would like to avoid:

an example of what I'm talking about: 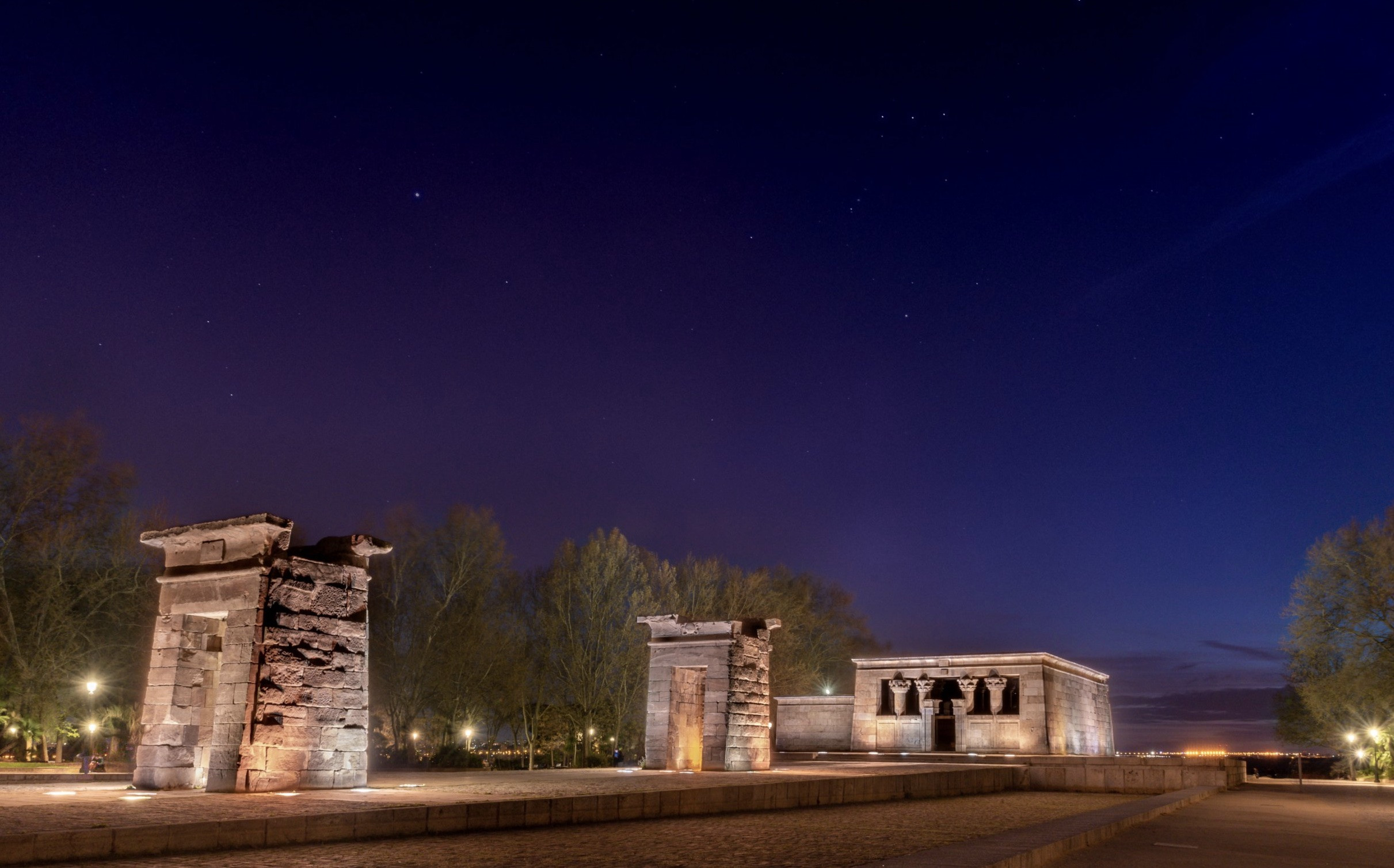 What changes can I make in order to improve the points I've listed above?

Your basic problem is that most stars are much dimmer than the parts of your scene lit up by artificial lighting. Combined with the diffusing properties of air and all of the particulates and moisture floating around in it, there is a haze from the brighter light reflecting off the stuff in the air and it is drowning out the very dim light from all except the brightest stars or planets.

Since you can't increase the amount of light provided by the stars, your only option to balance the two is to reduce the brightness of the artificial illumination in the scene. Is there a time later at night when the flood lights are turned off and you can shoot the scene while only illuminating the monuments and buildings using techniques such as light painting or controlled flashes. The advantage to either one is that the stars can be exposed for longer while the light you provide for the foreground subjects can be much shorter in duration.

The only other option if you want a darker sky with stars showing in it is to shoot a separate frame for the sky away from the light pollution of the artificial lighting and combine the two shots after the fact. HDR won't really give optimal results in this case because it will pull up the very dim diffused light that is reflected off the moisture, dust, and other particulates in the air along with the stars and that diffused light will continue to limit how many stars are bright enough to shine through the haze.

Notwithstanding the existing answers to try fix it at source, another option is to use something like Aurora HDR, which you can use on your separate shots or even the composite. The closer to the original RAW files you give it, though, the more it can work it.

This is what I managed to squeeze out of it using your uploaded jpg.
I added a little bit of burn & dodge in Photoshop.
Not brilliant, but not too shabby… 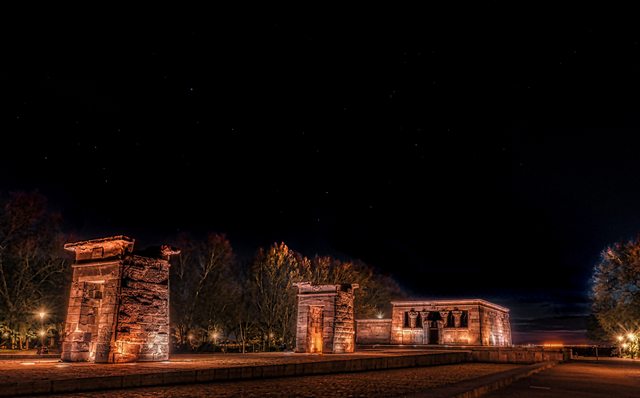 The warm glow we'll call artistic interpretation ;) I couldn't really get any detail back into the trees , but I managed to rescue a fair bit back into the stonework. From the RAW I'd bet you can get a lot more out of the stars too.

4
Are Intervalometers different for standard Time-Lapse and HDR Time-Lapse
5
How to make a landscape photo like Stanislav Perov?
6
How to achieve good scenic photos without HDR?
2
How to shoot a shot with the moon and city skyline?
9
How to recreate Liam Wong's images of city streets at night with neon lights?
8
Taking a skyline photo with a person closer to the camera during night time
0
How do I figure out the number of shots and bracketing distance for HDR photos?
1
Which programs can be used for landscape night photography stacking on a Mac?
4
Why do the stars look so blurry? How can I improve the focus?