How could a hot shoe adapter with a single contact possibly work?

I need a flash extender or flash adapter with the option of connecting a cable to trigger a flash at a distance from the camera. I'm considering the JJC Standard Hot Shoe Adapter. However, when looking at the pictures, I see that it has only one electrical connection to the central pin of the camera's hot shoe mount as is shown in the picture below: 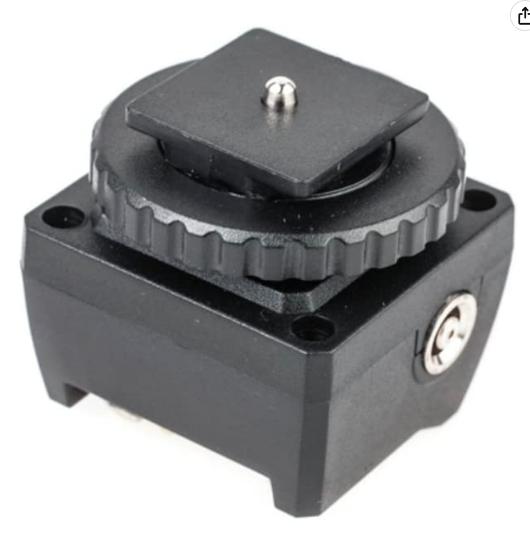 However, if I understand the workings of the hot shoe, the trigger signal consists of creating an electrical connection between the central pin and ground, which corresponds to the metallic structure that makes the mount as described in this figure (taken from this post). 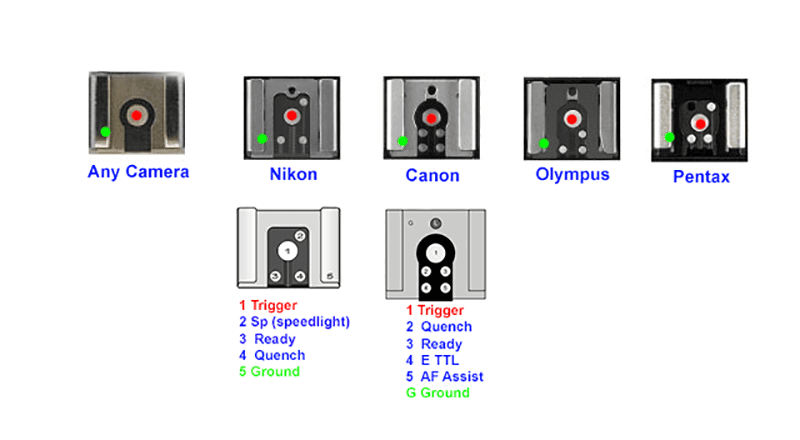 Therefore, with only one connection, this adapter shouldn't be able to pass the triggering signal to the flash connected on the top of it or to others connected through the cables. If it does pass the triggering signal (as this video seems to suggest), how does that work? Is there an electrical connection hidden somewhere under that plastic plate surrounding the central contact on the first figure? Or am I missing something?

Side note: I'm really after capturing the triggering signal from an automated camera controller I have designed with an Arduino. This would serve as feedback to confirm that the camera indeed shoot the picture. And I need the adapter or extender to properly gain access to the hot shoe contacts.

Although you can't tell from the image, I suspect that there is a springy bit of metal that supplies the ground, between the flange and the knurled knob.

If you have a voltmeter, set it to ohms or continuity, and slide one probe in the groove between the flange lip and the knurled knob, then touch the other probe to the outside of the PC socket. I'll bet you'll see the ohmmeter react, and/or hear the continuity tester beep!

Because, as you surmise, there's no way it would ever work, otherwise.

Jan Steinman was right. His answer encouraged me to get the product and there was indeed a contact to the camera ground hidden under the flange. Here is a picture of it: 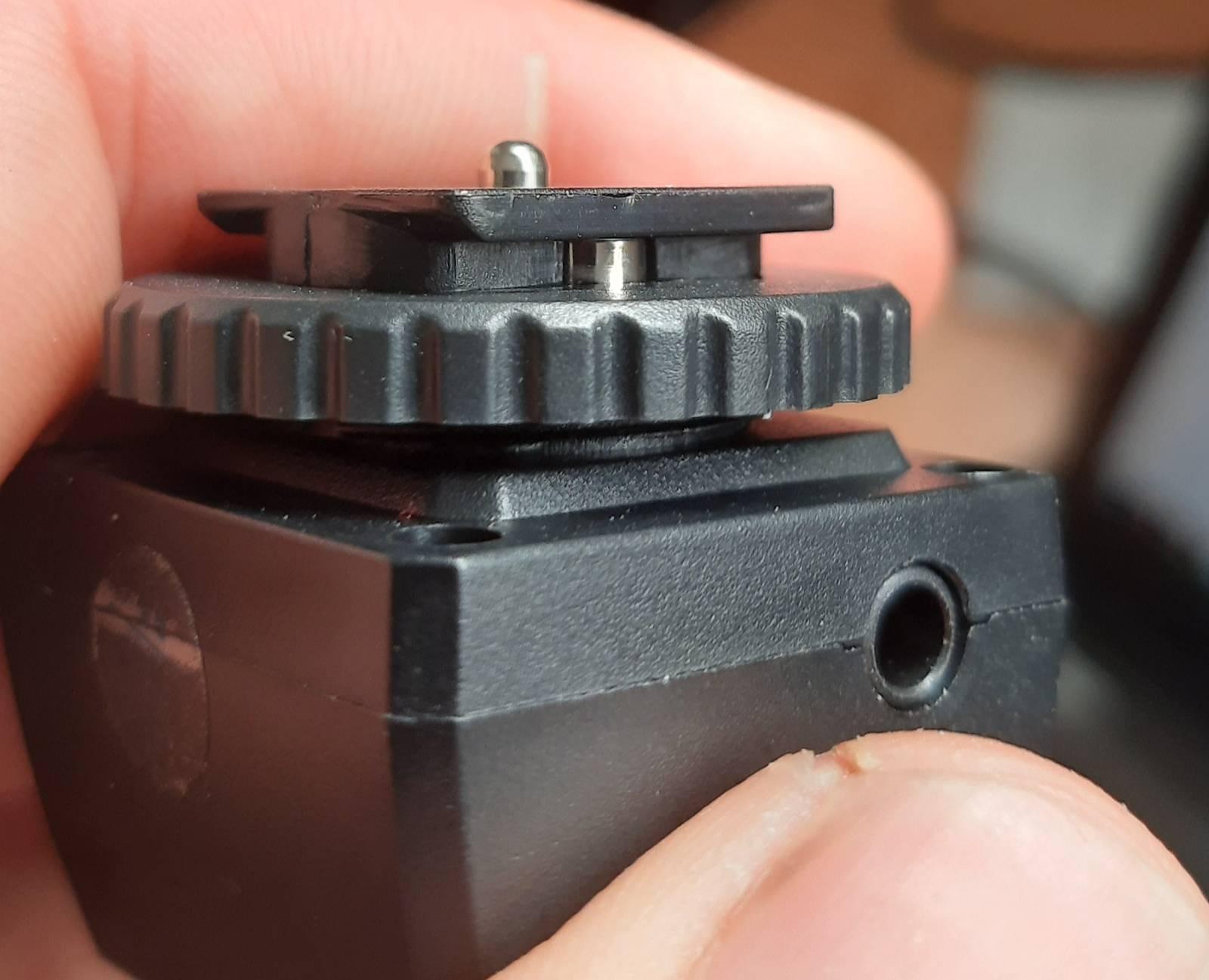 Not the answer you're looking for? Browse other questions tagged flash hotshoe-flash hotshoe or ask your own question.

5
Simple Explanation of the Hot Shoe Pins on Canon Cameras and Flashes?

2
Can I trigger my own device from a Canon DSLR hotshoe?
4
Can I use a high-voltage flash with the Cactus v5 trigger that is mounted on the camera?
7
Are there any accessories that can protect my camera from high voltage flash guns?
2
What setups work to trigger a Profoto B1 and Canon 600EX-RT Speedlights together from canon body
2
Prolong the lifespan of dslr shoe mount
5
Canon EOS 4000D Hot Shoe for Sync (with Studio Flashes)
0
Broken hot shoe for Canon 5D Mk III
3
Old-fashioned hot shoe flash does not fire on my Lumix G7
2
Hot shoe pinouts / connections - do any of them provide power?
4
How can I tell which 3rd party flashes are compatible with Canon's SL3 missing pin hot shoe mount?