Yesterday I was shooting in the sea and dropped my light meter in the ocean which unfortunately immediately broke!

This led me to shoot two rolls of Portra 400 using my Pentax 67 TTL on board meter.

While using Pentax TTL meter I usually shoot in the plus as I am a little superstitious and don’t trust the exposure.

So… When I go to develop my film do I push it 1 stop as I rated it at 160? Would this mean that the film is +1 stop as I am technically pushing it two stops bearing in mind I over expose it on the TTL Meter?

Which option you choose is up to you, but both will naturally result in different results than those you are used to when shooting Portra 400 at box speed. 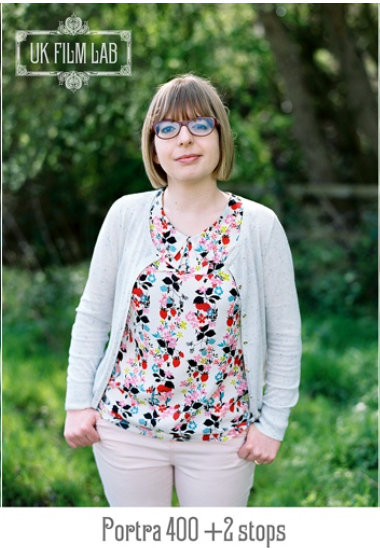 So… When I go to develop my film do I push it 1 stop as I rated it at 160? Would this mean that the film is +1 stop as I am technically pushing it two stops bearing in mind I over expose it on the TTL Meter?

Using the 160 meter setting with 400 film doesn't magically change the film to 160. The film is still 400. Your camera's meter, however, thinks there is 160 film in the camera so will recommend too much exposure and your film will be overexposed.

The last thing you want to do with overexposed film is push the processing, unless you're going for some really ethereal, almost all white effect. Push processing is for underexposed film. Instead, you probably want to pull the development. Your meter was calibrated to expose your film 1 1/3 stops too bright. You then exposed even a bit brighter than that. So use the film manufacturer's data sheets to under develop by 1 1/3 stops plus whatever additional exposure compensation you used.

Not the answer you're looking for? Browse other questions tagged film exposure troubleshooting developing pentax or ask your own question.

11
What to do when you've set a too high ISO for your film?

3
Creating Proper Exposure with a Pentax PZ10
0
Can 35mm film be developed if it's been ripped out of canister?
2
Will I overexpose using Auto mode on my Nikon film SLR when using an SB-15 flash?
0
Film Rewinded at 26 exposures, but film is 36 exposure
0
Why did my color film overdevelop? Please help!
3
Film photography with flash - distorted exposures
0
Help: only 1 out of 36 exposure 35mm film was developed
6
Can I still use film after the film door accidentally opened?
2
Need help identifying film type