I have had several hundred old negatives scanned by a local company. I am happy with the quality, but have found they are using a flatbed scanner to scan each strip, and then manually cropping each negative to remove whitespace.

Is there a batch script (PhotoShop etc) that would be smart enough to remove this whitespace from a folder of scanned images? The files each contain a single photograph rather than a strip of 4 side-by-side, however each may have one or two sides with a black edge.

For example (and not the easiest to see here) there is a white border top an bottom and black to the left and right edge: 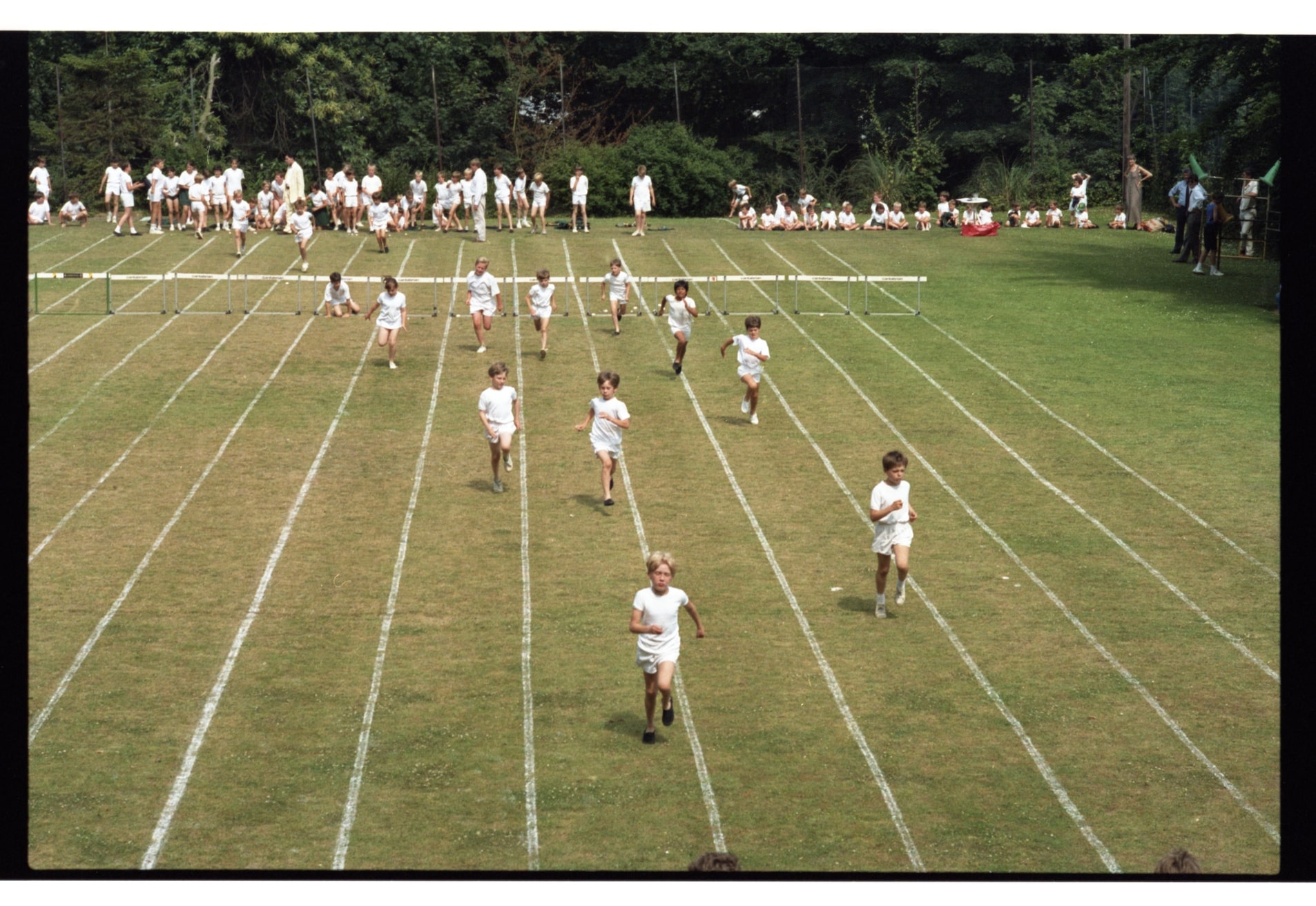 Update - Thank you for the answers so far. To add a little more detail, the images are not always the same size (dimensions) and the borders can vary depending on the position of the image on the strip of negatives (first, middle 2 or last).

For only a few hundred images, I would just get it done manually.

And since I am lazy, I would only crop images when they needed cropping. Images need cropping only when used for something that requires cropping.

Sitting on disk is not one of those uses.

You can Batch process any function you can make into an Automator Action.

I discovered Trim wasn't going to work, but Crop & Straighten was reasonably successful.
If all the images are actually the same size inside the 'spare' black/white border, then you could conform them all with a very slight crop to 1800x1200 px [or appropriate to the size of your originals]. 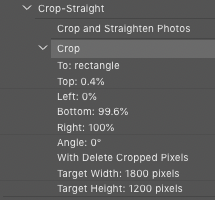 Once recorded [& tested] as an Action, you can then use it to set up a Batch process.

If the size of borders are the same over all the images you can use XnView function crop.

P.S. This method work independently of the size of the images.

If the negatives were all the same size, and the enlargement ratio is the same (e.g. all direct contact scans at 1200dpi), then you can create an action using the "Image > Canvas Size" function in Photoshop.

I made a screen shot of the image you posted and it's overall size was 1402x965 as shown in the first image (but that part is irrelevant).

I then measured the area the negative occupied with the rectangle shape tool and found it was a little over 1255x828; but those are the dimensions I used because the image has a slight rotation to it... this is where you would have to compromise and select the largest rectangle size that will fit the rotations/displacements of all of the scans.

I then set the canvas size to 1255x828 with the anchor point in the middle, a warning pops up that image clipping (trimming) will occur, select ok/proceed. The last screen shot is the result (with PS's UI drop shadow; it's not part of the image). I would also have them saved out as a new file so any that are not acceptable can be redone manually. 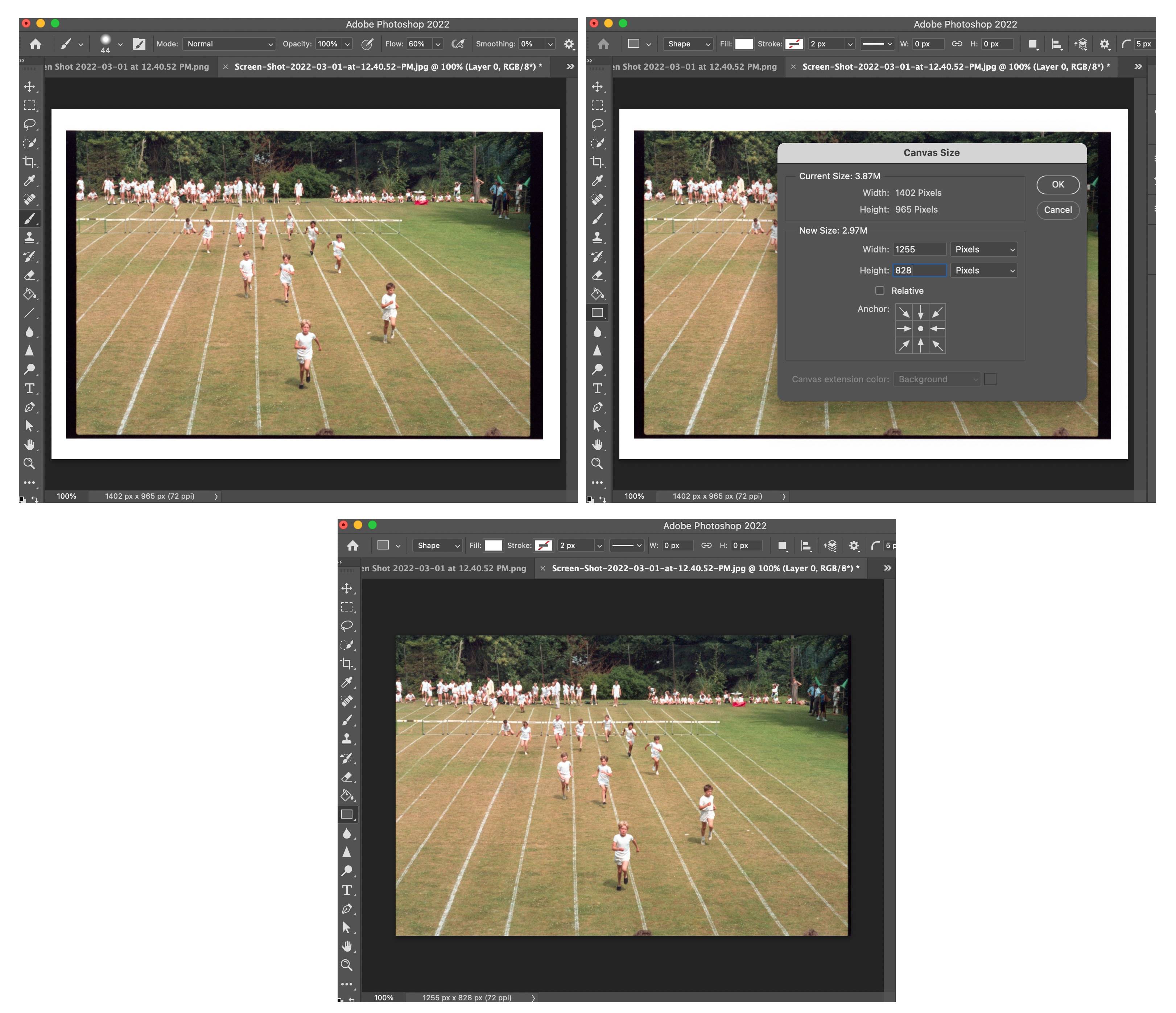 You could start your action with "File > Automate > Crop and Straighten Photos" if necessary... it might get you a more consistent starting point for the canvas clipping.

Not the answer you're looking for? Browse other questions tagged post-processing photo-editing image-processing or ask your own question.

5
Batch processing/retouching scanned film with severe artifacts
2
How to batch process dust and scratch removal in pictures with the use of filters?
0
What's the best way to remove discolouration of scanned photographs?
4
Automatic & intelligent crop 1,000 images
1
Open source Software to find and extract scanned negative frames from Kodak Disc and Minox negatives
1
Calculate white border size before printing
8
Is it common practice to apply identical processing effects to a batch of photos?
2
Scanning intentionally overexposed negatives
1
How to remove wave stripes on a scanned photograph?