What is the relation between aperture number and exposure, keeping all other parameters fixed?

My language is German, so forgive my lack in English words, especially with regard to photography.

I tried to understand at a very basic level the relation between aperture number and exposure and find me in some trouble:

Edit: sorry, there was a construction error in my image for the lens; I did it now with an animated tool and changed the text accordingly: 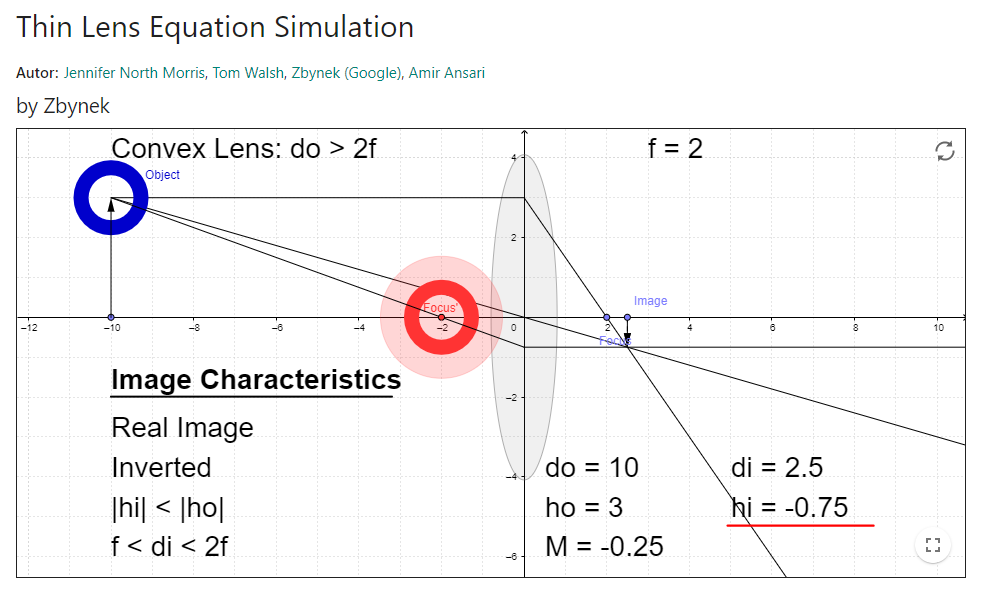 Here a lens with a focal length 4 and the other parameters same as before: Image size is 2 now. 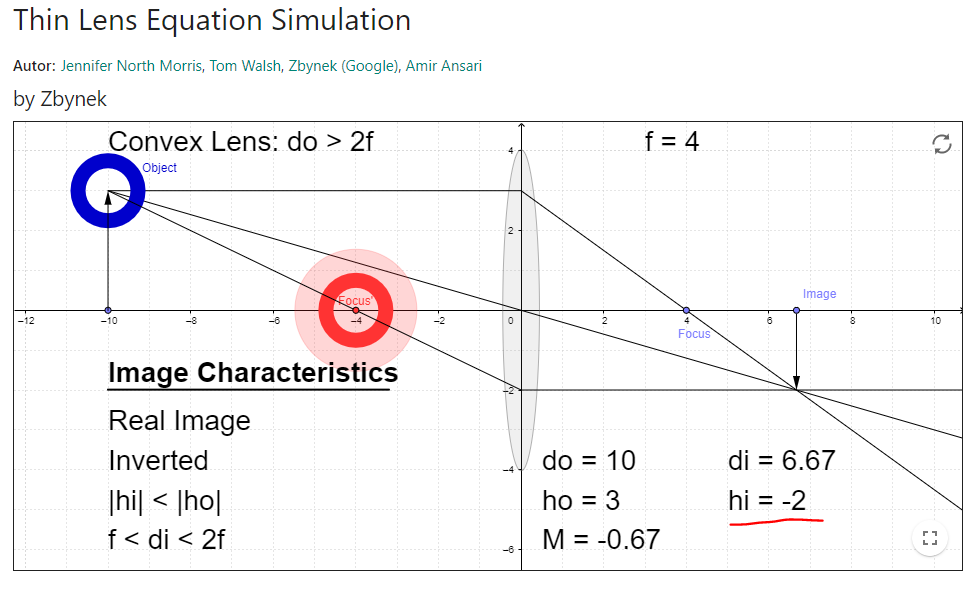 Assuming that the object is a homogenously illuminated wall, all light passing from that wall within circle of radius equal to the object arrow finds its way to a corresponding image circle on the film, whose radius is equal to the image arrow. From the diagram it is clear, that the amounts of light fetched to the image are the same. However the ratio of the areas of these circles is (2/0,75)² ≈ 7.1, which gives a ratio of exposure 1:7.1. I would have expected 1:4 instead.

Is this law only an approximation for object distances much bigger than focal length (which is of course the "regular practical usage"...)? Because for growing object distances the ratio is more and more as expected.

Is this law only an approximation for object distances much bigger than focal length (which is of course the "regular practical usage"...)?

The simple formulae for calculating exposure all break down at macro distances. This is due to the fact that the point of convergence at such short object distances is significantly different from the lens' focal length. These differences are not considered in simple formulas such as N=F/D, which also assume more or less infinity focus, just as the focal length of the lens does.

It works out the same in terms of "effective aperture": N(1+1)=2N. When you double an f-number, you're two stops darker, or at 1/4 the field intensity.

In the real world, if we set a goal of less than 1/4 stop of light loss, we need to hold the reproduction ratio to below around 11:1.

To get the exposure difference that you seem to expect, at such short object distances you need to use the same reproduction ratio for both lenses, not the same object distance. In other words, if FL2 is twice the value of FL1, then the distance of your arrow for the longer lens should be twice the object distance used for your shorter lens.

In your image, you are using an aperture radius that is fixed. The two lenses do not have the same aperture number. Since N=f/R, the longer lens has twice the aperture number. Thus, its exposure is one fourth of the exposure of the shorter lens.

If you keep f fixed and vary R, you vary the aperture number N by your equation. You also vary the area of the lens. For a circular lens, A = π R^2. Assume that you allow the same light flux to the lens. Flux is a measure of photons arriving per area per time. Your film at the other end becomes exposed (developed) according to the number of photons that arrive per unit time. When you cut the area of the lens by 1/N (e.g. by cutting the diameter of the lens by 1/sqrt{N}), you must increase the exposure time by a factor of N.

Suppose now that you keep R fixed. Your lens has a focal point f that depends on wavelength (color). Choose for example red r and green g. You send in the same incoming flux of photons for the two different wavelengths Fir = Fig. What happens?

Since the incident flux of red or green is the same and since the area of the lens is the same, under ideal conditions, the same number of red and green photons pass through the lens. The red image focuses at a different location than the green image on the image side of the lens. But the number of photons that reach those focal plans are exactly the same in a given length of time.

Suppose now that you have the same number density of pixels at both red and green image planes. Suppose your image falls within the full image plane at the further focal point and that you use the same size sensor for the closer image plane. Your image fills M^2 more pixels in the furtherest plane.

Suppose that each pixel requires the same cumulative number of photons to register an event (for the film to register as being "exposed"). Clearly, since the flux at the furtherest image plane is lower by a factor of 1/M^2, the number of photons per pixel arriving in a given time is lower by the same factor. You will therefore need to increase the exposure time for the green wavelength (the furtherest focal point) by M^2 to get the same registration as being counted at the red plane.

An alternative view is to consider that the lower flux density by 1/M^2 at the image plane for the green wavelength will make the pixels in the image plane less luminous by the same factor. So your red image will appear M^2 brighter for the same exposure time.

Finally, as a visualization, consider this experiment. Create two 10x10 matrices of 1 Euro coins lying with the same side up on the table. These are your image pixels. In one matrix, make a straight line image by flipping 5 coins in a row. This is an event in time t that activated 5 pixels by 5 photons. Now pretend that your factor M for the second matrix is sqrt{2}. Make a straight line of 10 coins but only flip 5 of the coins in that line. This is the image plane further away receiving the same 5 photons in an image that is twice as big.

where:
An = area of the aperture, commonly a circle = πr^2
fn = f-number (f-stop) = focal_length/aperture_diameter
SSn = shutter speed in seconds

I'll publish another answer since the question was updated significantly with numbers and after updating, it doesn't seem to be about the different exposure but rather why the exposure difference is larger than expected.

You have to remember that the focal length of a lens changes as it is focused.

Normally a lens that is twice as long gives an image twice the size. However, that's only when the lens is focused far away, practically to infinity.

Your f=2mm lens is 2.5mm at that focus distance.

The ratio of the image sizes (and thus, effective focal lengths) is 2.668.

If the aperture diameter is 6mm, the lenses are f/0.42 and f/1.11 so their exposure ratio should be about 7 (you'll find it's 7.12 if the aperture numbers are expressed with more decimals).

I wouldn't surprised to find that this is actually a different way to explain the same effect that Michael C explained in his answer.

Not the answer you're looking for? Browse other questions tagged exposure aperture focal-length photography-basics or ask your own question.

2
Why are the area of aperture, focal length, and amount of light specified in these terms?
4
How to calculate the size of the image circle at infinity focus?
3
What's the difference between real and effective aperture?
2
Help me understand effective f-number
5
What is the relationship between field of view and focal length for fisheye?
3
Why does illuminance stay the same for a given f-stop even when focal length changes?
1
Pixel diameter of a given field of view calculation equisolid (equal-area) fisheye lens
0
Effect of increasing sensor size or focal length on resolution of target object