I took a photo of a guitar. Do I need a property release to sell it as a stock image?

I recently took a photo of a guitar. The logo of the company that makes the guitar is not shown in the photo. Do I need a property release from the manufacturer or the owner to sell it as a stock photo?

In the case of a picture of a product, the potential issue is trademark infringement (passing off). And sometimes the shape or some other aspect is also trademarked... e.g. both Fender and Gibson headstock shapes are trademarked (see Lawsuit Guitars); and the Gibson Les Paul, SG, and other body shapes are also trademarked (among many other things)... so it may not be only the brand logo that is of concern.

If an image might infringe copyright/trademark, and there is no release that can be transferred with it, then the stock agency may list the image as being for editorial use only (which falls under the fair use/fair dealing exclusions); such as this example on ShutterStock. 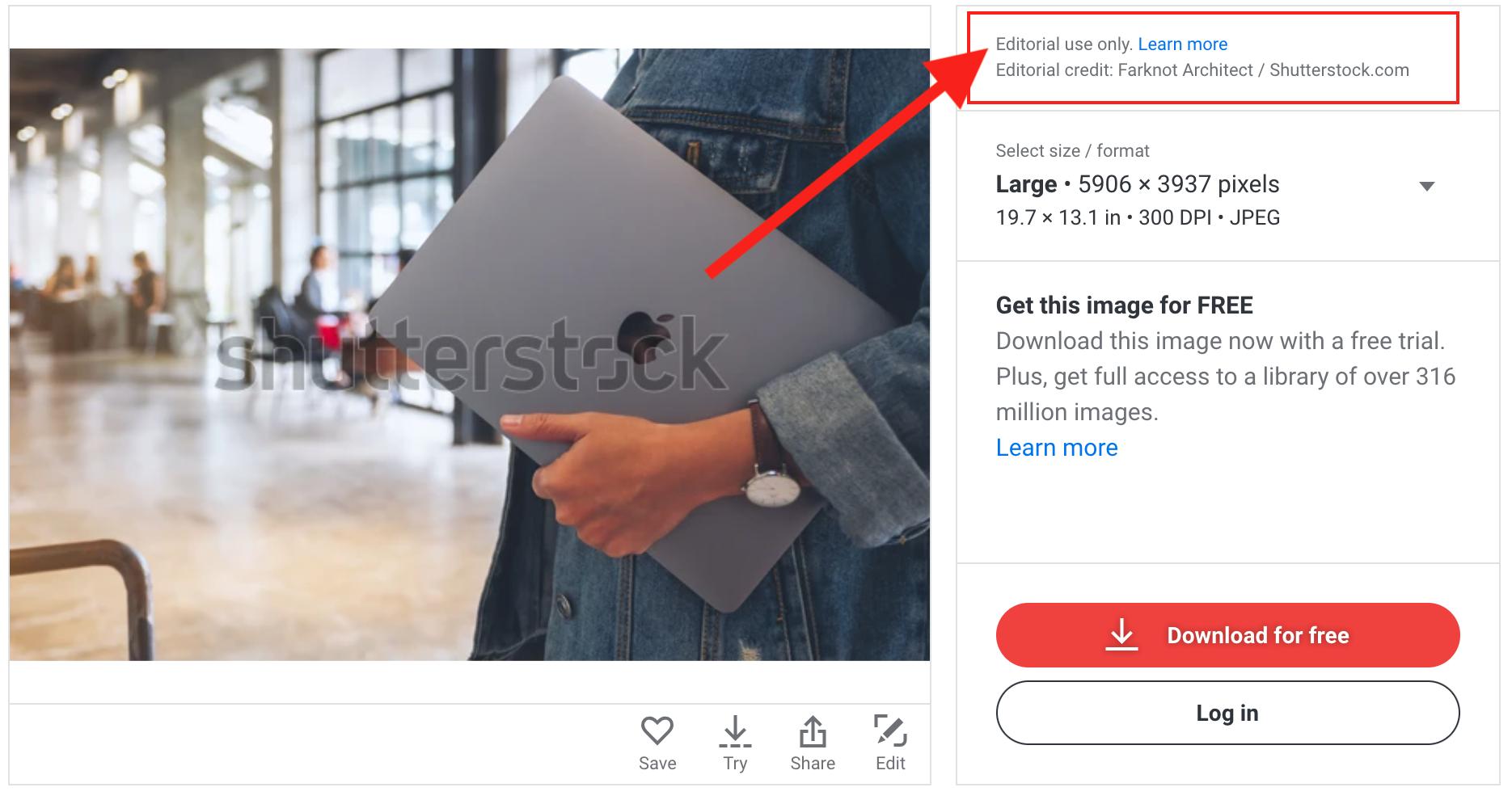 Alamy presents it a little different by disabling commercial license sales, and changing "website" to "editorial website" license (personal use is always allowed). However; the "magazines & books" license could be a little erroneous... incidental use of one image in a magazine/book would be fine; but aggregate use in a photo book could be problematic. 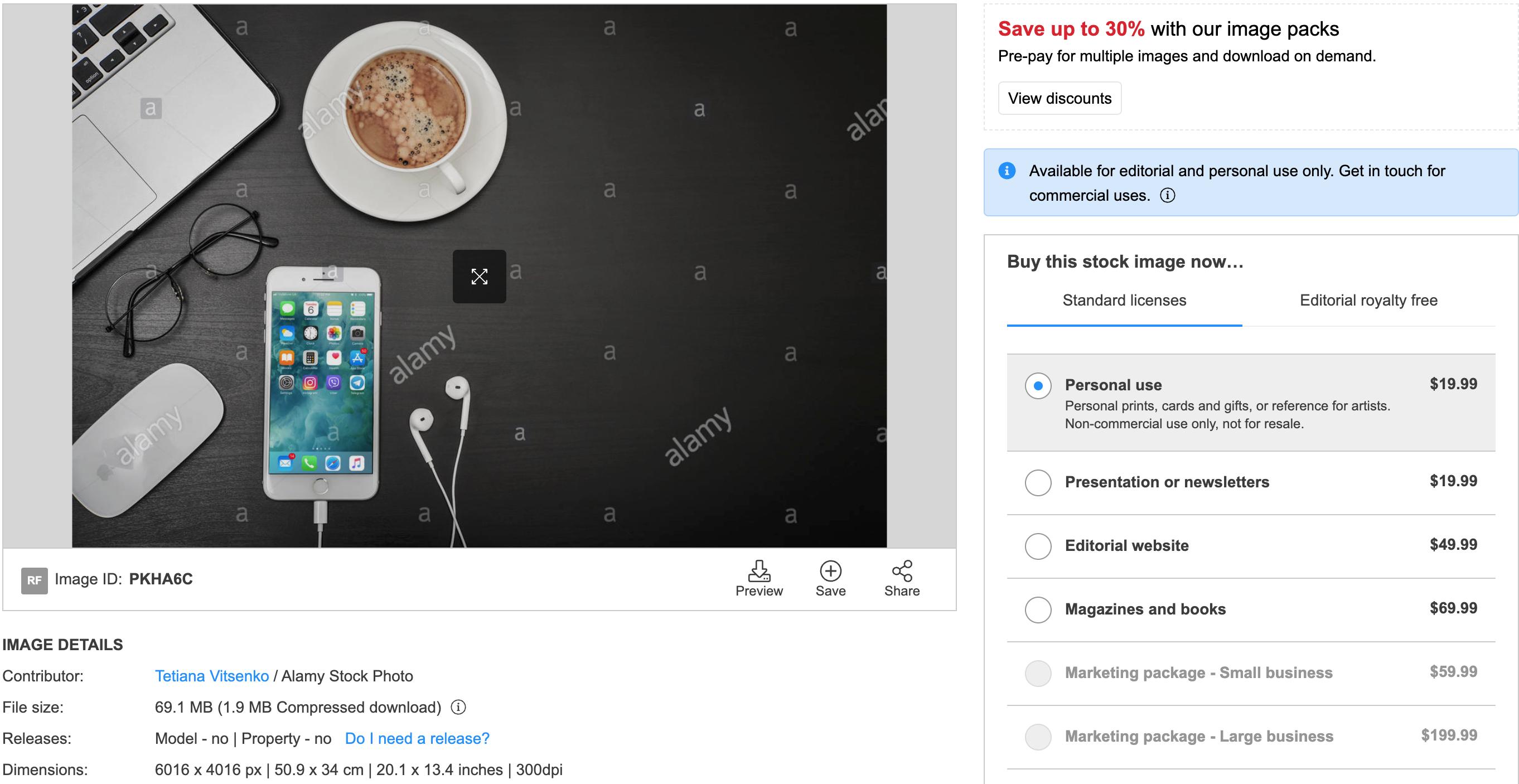 In any case, it is not their responsibility to ensure the end user has the appropriate release for the final use... they don't actually have to tell you what you can/can't use it for, nor categorize/disable the sale (but it is good business).

**there are some situations/countries/etc where you may need a release/permission in order to initially take a picture, or to make the picture public if it is of an individual. But I am assuming a legally acquired image of a guitar as described.

DISCLAIMER: IANAL and so this answer does not constitute legal advice and is purely an opinion.

No. There is no case I can think of where you would be required to present a release for an ordinary object. It is, as far as we know from your comment, simply a guitar that is one among many nearly identical productions. It would be the same answer for most objects.

Releases are generally required when a commercial photo includes something that is uniquely identifiable and recognizable. This is why sometimes a property release is required when a famous building is included as one of the main elements of a photograph.

Even though the guitar is the creation of a company. The photo you are making of it is a derivative work. It is your own vision that makes your photo different from other photos of a guitar. You would own the copyright on that photo unless it was made as a work-for-hire (where applicable by law) or would have otherwise given up rights by virtue of a contract.

If the guitar were on private property, then you may be liable for breach of privacy if there were other information in the shot. The more unique the guitar the more of an issue. If it is just an item for display in a shop that would be innocent use. Use your head to see if publication could be aproblem. Taking a shot of a guitar painted by an artist... would be a breach. Agiant guitar, work of art in public space is fair game

Not the answer you're looking for? Browse other questions tagged legal selling stock-photography property-release or ask your own question.

5
Stock Photo that is not strict with the quality?
17
Is a model release needed for all commercial photo sales?
8
Has there ever been a ruling on the necessity / legality of a property release for non-trademarked property?
10
Can I publish (online) a photo I took of someone else's house?
0
If a runner in a race signs a model release, can I use the photo for commercial use if I buy it on a stock site?
7
Can I sell photos of public property?
5
Someone used my photo. I didn’t have a release signed. Legal?
2
Where can I find information about what things require property releases and what don't?
0
Do I need a property release to sell a stock image of an object when the location is not identifiable?