What are these strange lines that are visible at sunset?

I see those lines, you see on the picture, on my iPhone 7 jumping random on my display while taking pictures. It was sunset right in the sea in Zakynthos. I would like to know what that is. 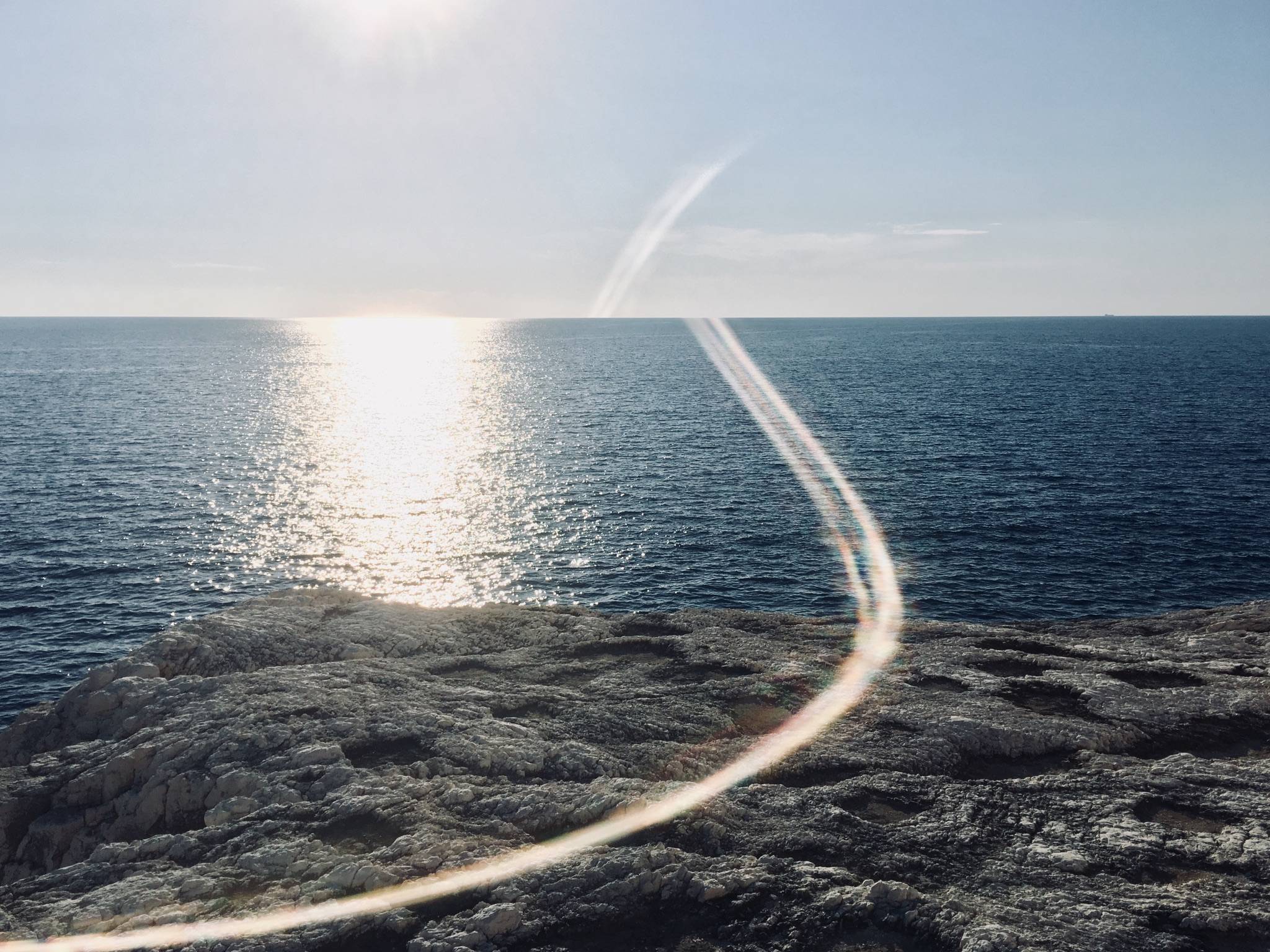 It's called lens flare. Light from the sun that is just out of frame is striking the surface of your camera's lens or surrounding housing and bouncing around inside the lens. Some of that light is included in the part of the image circle that falls on the camera's sensor.

There are many different types of lens flare. In addition to the more well known cases of veiling (a general lose of contrast over a portion or even all of an image), ghosting (an inverted and flipped reflection of a bright highlight within the frame directly across the center of the image from the primary highlight), and specular (those 'circles' that show the shape of the lens' aperture diaphragm) there are other, less common types of flare.

This example, in a photo released by NASA, was taken by the Mars Perseverance Rover. NASA had to clarify to many people who thought they were seeing a photo of a rainbow in the very thin, very dry atmosphere of Mars that the "rainbow" was the effect of lens flare. 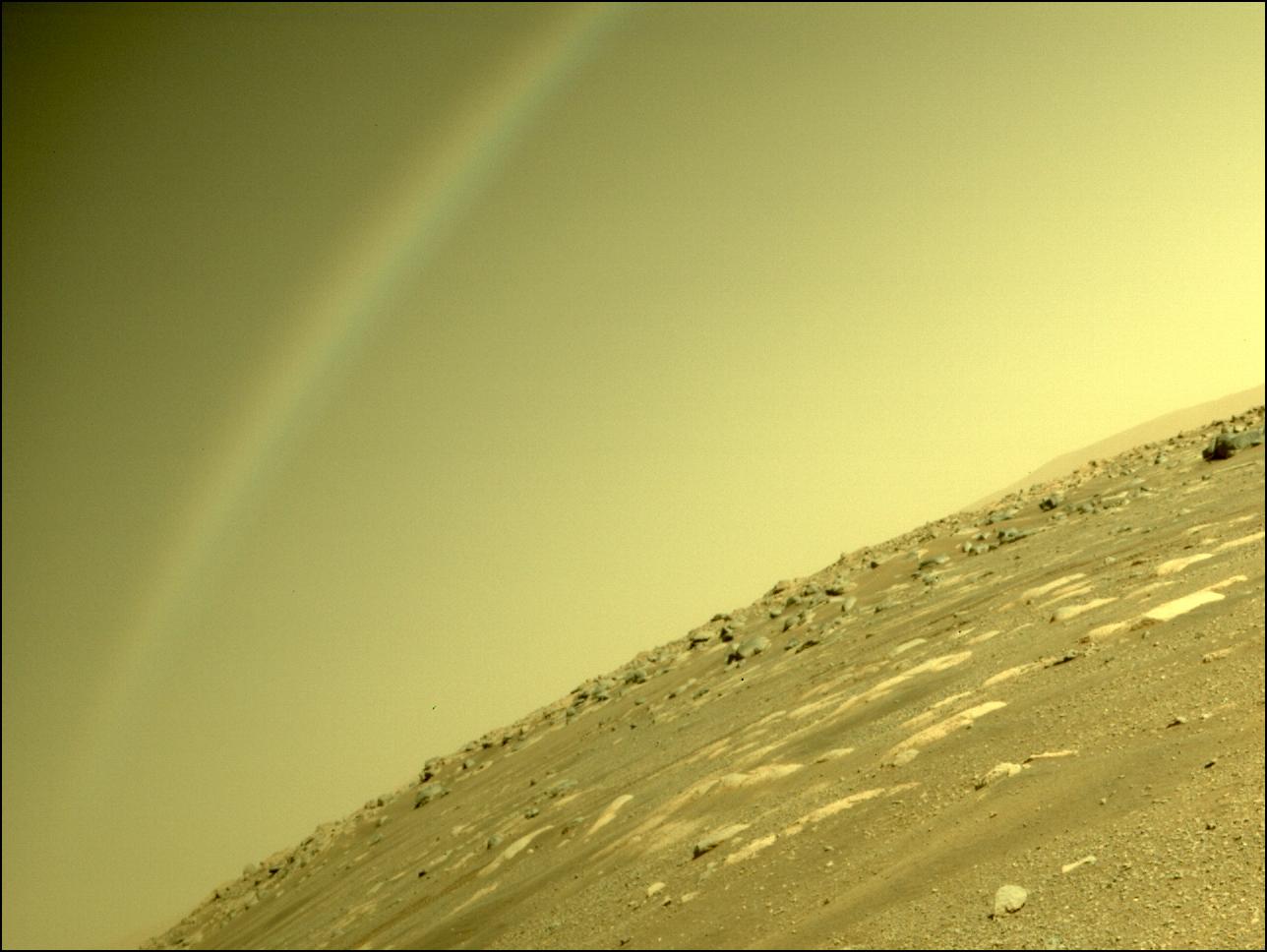 If one looks at the iPhone 7 Plus, the housing (rotated 90° for landscape orientation) around the lenses is shaped much like the lower flare in your photo. 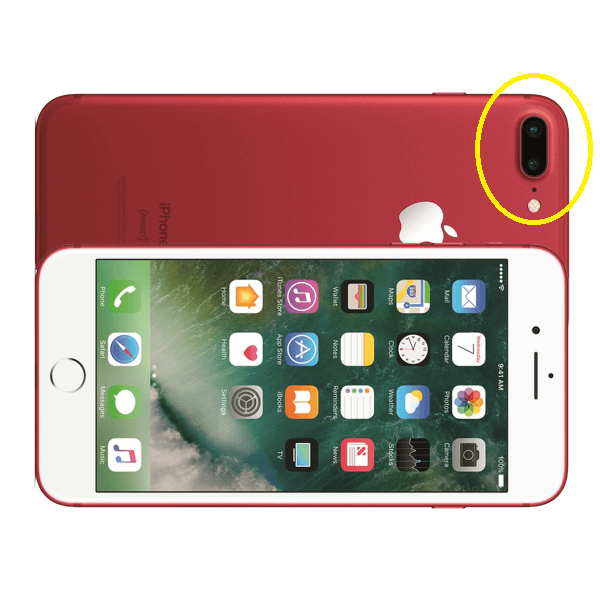 The lower flare is marked with a yellow oval (that covers part, but not all of it). It looks suspiciously like the shape of the edge of the cover glass over the entire lens assembly. 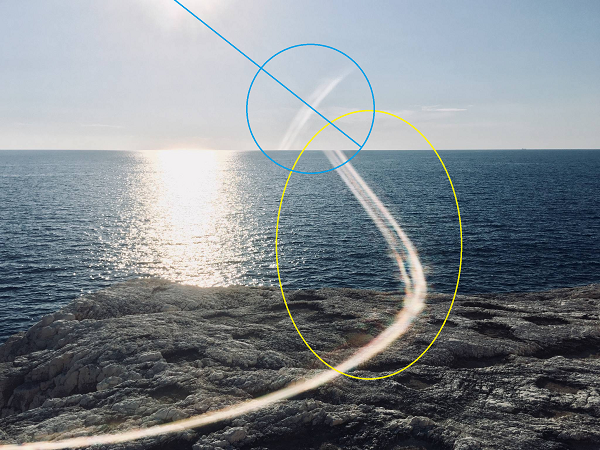 Reducing lens flare is the reason many lenses for interchangeable lens cameras use hoods. The hood prevents stray light from out of frame from falling on the front of the lens. Unfortunately, with a phone camera any kind of hood would require a protrusion out from the phone's surface.

Not the answer you're looking for? Browse other questions tagged lens iphone lens-flare sunset or ask your own question.

18
Are there any mobile applications that calculate sunrise/sunset based on location?
19
How can you tell when a sunset is going to be spectacular?
5
What creates this strange flare and how to prevent it?
1
What are some artistic techniques that can be performed with lenses?
3
What do I need to beef up my iPhone for my go-to camera on my travels?
4
What is causing the strange lighter circles in images taken with my Canon 15-85?
0
What creates a bright green orb "lens flare" with silver or metalic dots on it?
2
Helios for Android / Timing Sunset pictures in general
1
Iphone 12 zoom in while taking photo without cropping