Ask Question
Asked 11 months ago
Modified 10 months ago
Viewed 353 times
0
Closed. This question is opinion-based. It is not currently accepting answers.

Just saw a YouTube video of the Blackmagic Ursa Mini Pro. It’s a professional cinema camera shooting 12K resolution with up to 60fps. 12K amounts to 80 Megapixel. And I guess their color science is also top notch.

My photography noob question: Why still use a traditional camera and shoot each picture separately? Why not rather film (e.g. a model) a couple of minutes in different poses and then scrub through video and take the best fitting shot? (As you would have several thousand of photos with 80 megapixels each)

Wouldn’t that be far more efficient and effective? What am I missing?

Wouldn’t that be far more efficient and effective?

No, it would not be more efficient. The cost of a camera such as the one cited, not to mention storage of the massive output of data is certainly not efficient compared to still cameras capable of the same resolution.

No, it would not be more effective. Video is shot to look best at dozens or more frames per second, and video cameras are designed to shoot for video, not for still frame grabs. In order to make the video look smooth, longer exposure times are used that cause individual frames to often show motion blur. Our brains compensate for this when watching videos or motion picture films. Not so much when looking at still frames captured from motion pictures or video.

The hours and hours spent looking at each of tens of thousands of frames to cull them to the "best" ones?

The massive amounts of data to be processed and stored?

The use of flashes and modifiers to create photos that would be highly impractical if not impossible to produce using continuous lighting and video frame grabs? 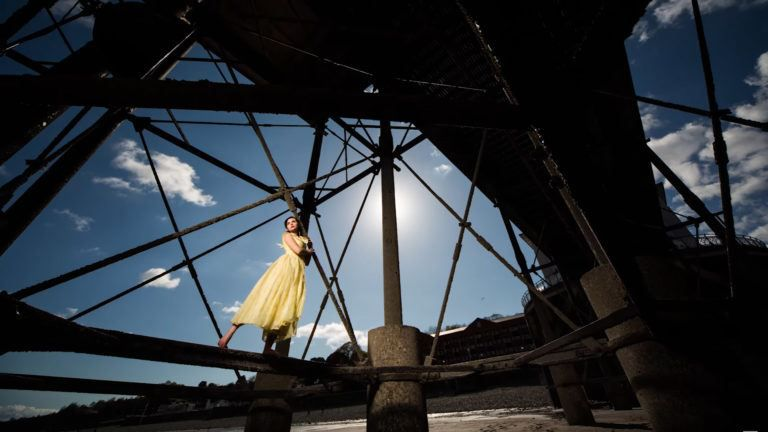 Beyond all of that, the best photographs are very often those that are carefully calculated to capture a specific instant in time. Careful thought and consideration goes into the various compositional elements of a scene and the lighting. Shooting video at 60 fps and saying, "I'll find the best composition and lighting by looking through thousands of more randomly captured frames" isn't very efficient nor as effective as using a still camera set up to shoot stills and used by a skilled photographer. Rather, it seems to be the ultimate example of spraying and praying.

While it is true that motion pictures can do the same kinds of careful planning, executing such plans at 24 fps can get quite expensive in a hurry. Massive amounts of lighting and modifiers are needed, and a small army of electricians and grips are needed to set up and operate them as the actors and/or the camera moves during footage capture.

As it is a moving picture, a video can have a lesser image quality. So i you want to keep still shots, you need very little compression (in video standards).

80Mpix, as a photo-quality JPEG, would be around 40MB (my 20Mpix camera makes JPEGs in the 7-11MB range). So in one second you would produce about 500MB of data (assuming a low 25 frames/second). This is already way more than the data rate of SD cards.

A "couple of minutes" is a hundred times that, so 50GB. So each shot is going to fill a 64GB SD card. And transferring the SD card contents to your PC (assuming a not so realistic sustained 100MB/s transfer speed) would take about 10 minutes per shot. Of course you would not have that many shots to work ith before your disk is full.

And we haven't yet considered the CPU power to compress/decompress the images (especially on the camera side).

And quadruple these figures if you shoot raw.

Will plays ever replace portraits?

There's a difference in technique to capturing a single moment compared to a period of time - they only look similar because video hasn't come up with a truly analogue way of capturing time, so it's based on a progressing sequence of still images which the eye/brain resolves as movement.

True, you could shoot high resolution video rather than using continuous shooting, but you'd really only be doing the same thing, and with burst rates of about 5fps for DSLR/mirrorless cameras, the chance of capturing something you'd miss would be pretty small for most shooting scenarios. There might be some useful application for fast action (eg. sporting events), but those would be rare. And where would it leave you for long exposures that intentionally blur action?

Effective? Maybe. Efficient? Definitely not. The flip side of capturing a lot more images is processing and rejecting most of them. It's bad enough sorting through studio shots taken with a 5fps burst rate - imagine five or ten times that work. And others have already raised the cost and data storage implications.

I suppose it could happen. But only when bicycles replace canoes.

Also, don't underestimate the amount of light necessary to shoot video with the intent of using still frames.

Photography requires massive amounts of light to stop the action. Video requires rather less because your brain just sort of handles the motion blur within the frames as the images flash by. (In fact, without the blur the video looks "unnatural" to most people, meaning you can't really use what you shoot as video.)

My hot lights, at their brightest, work great for video, but if I try to use them for photography, I start having to crank my ISO pretty quickly. For photography, I use strobes which can dump much more light in a much shorter period of time (about 1/1200 of a second for my kit) making it possible to "freeze" the action much better.

There are many factors involved here which make that video camera impractical. One obvious factor is the cost. The blackmagic ursa mini pro costs almost 2-3 times more than a 50-60 Megpixel DSLR. I mentioned only this factor because it is the easiest to answer in one line.

There are other factors also involved , which make a DSLR better if you want to shoot just photos

For general photography, there are zero advantages and a lot of disadvantages of your proposed application of a video camera for still photography.

Disadvantages include, but are probably not limited to:

And what's the supposed advantage? you have 60 frames per second, as opposed to ~12 of a good DSLR. A good photographer doesn't rely on mass and dumb luck, but prepares their shot carefully.

The only application i can think of where that would be an advantage and not a liability is anything where you want to capture fast action. A football game photographer who wants to get the one money shot needs to shoot like crazy. But even there, too many frames present a problem: you'll need more time to find and extract the best shot, and in journalism, time is money.

It's all fun and games pretending screen grabs of 12K video would look just as nice as still images until one tries to use the flash lighting necessary to get truly good portraits and fashion images.

High end large studio lights can often take longer than many camera's flash sync speed to fully discharge their full power pops and then take another half second or more to recharge the capacitors so they can fire again. It takes cheaper strobes several seconds to cycle. 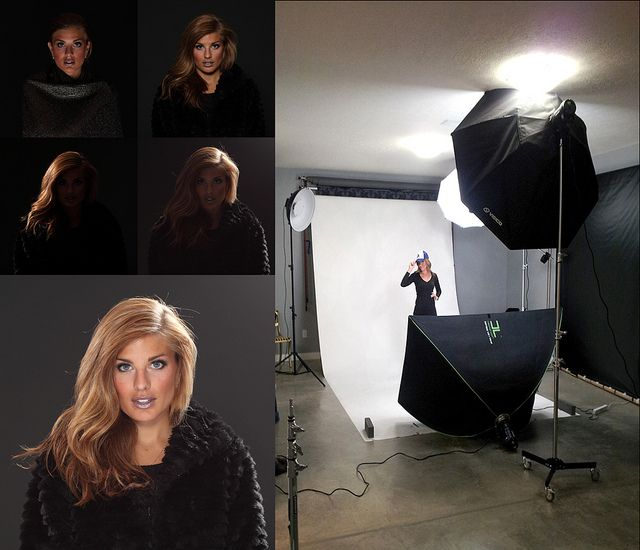 Then there's overpowering the sun outdoors during the day. How many thousands of Watts would one need to continuously provide this much light sixty times per second?

21
What is the advantage of a digital still photo camera over digital video for nature photography?
10
Will there be a need for cameras at all once we have 4k video?

10
How to set up lighting for stop-motion photography?
10
Will there be a need for cameras at all once we have 4k video?
3
Can video recording be used as an alternative to timelapse photography?
3
Will my old Canon Digital Rebel lenses work on a 7DMkII?
2
What is the role of cameraman/photographer in 360 video and photography?
2
Photography vs videography in resolution
21
What is the advantage of a digital still photo camera over digital video for nature photography?
0
Using macro lenses for portrait photography/videography IS