I have a Hasselblad C12 back that has a gear synchronisation issue with the body. It has been tested on two working bodies, one of which has been serviced very recently, so the issue lies definitely in the back.

I performed a CLA with this video as my basis. I turned the indicated spring loaded gear 1.5 turns after initial tension was felt, and placed the gear with the dog leg so that the notch on the bottom of the gear was on the right of the white plastic lever, as per the video instructions.

However, this did not fix the gear sync issue. I expect the indicated gear to be the culprit. Do I need to turn this gear more than 1.5 turns? Could it be that the spring inside this gear is worn out?

EDIT;
This photo was taken before (rather, during) the CLA. This also explains the missing pin. 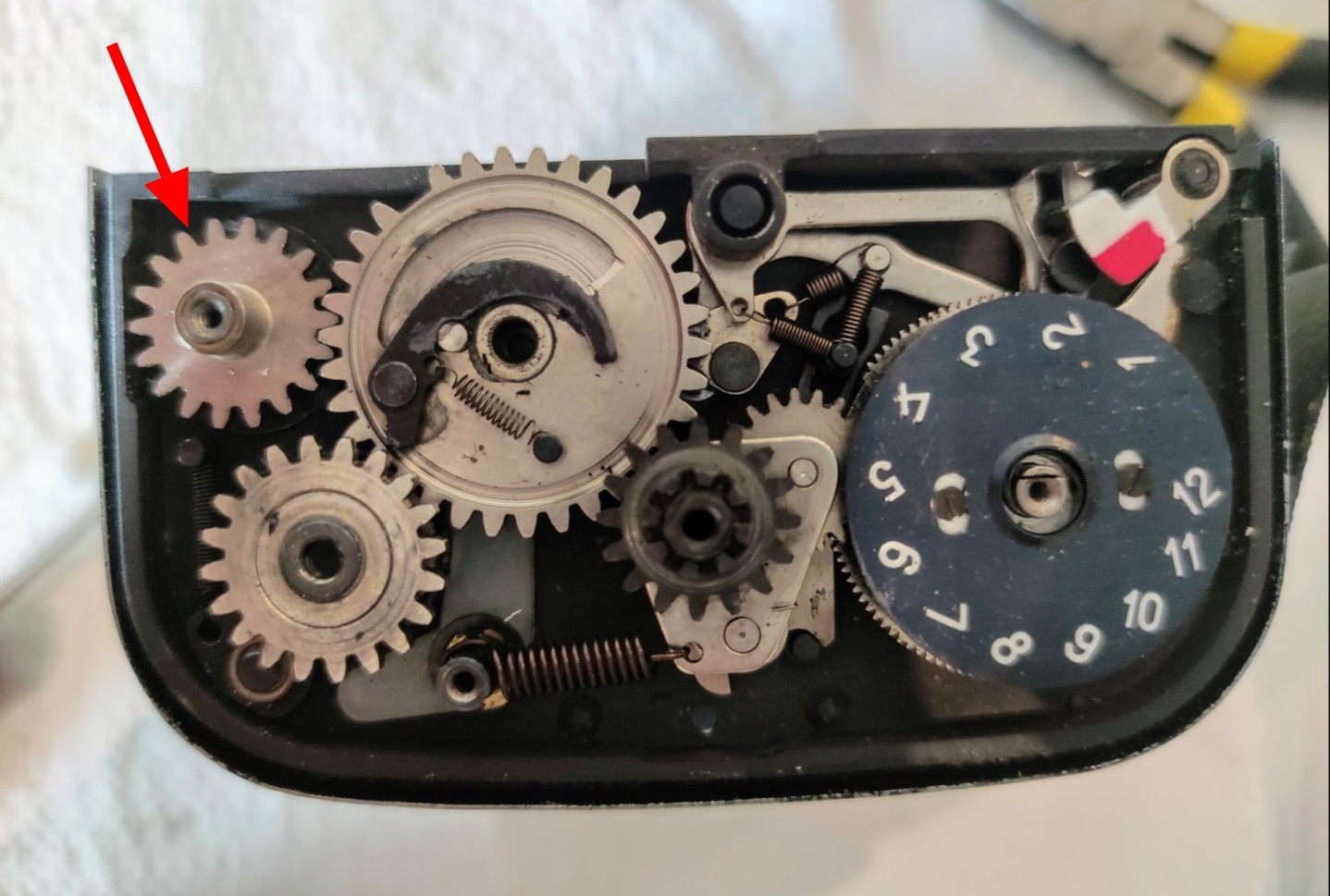 Browse other questions tagged film repair hasselblad or ask your own question.

3
How would I go about re-covering a Hasselblad?
0
Are older Hasselblad H series cameras worth investing in?
1
Does the Hasselblad X1D have a PC socket?
2
How do I unjam a Hasselblad 500 C/M body when the lens was removed uncocked?
2
A12 back not locking into Hasselblad 500 body
1
Hasselblad 503CXi Loose Film speed selector
2
What can Hasselblad Phocus do with JPEGs?
4
What is causing the light leak in my Hasselblad A12 back?
0
Hasselblad: Which lenses mount on which cameras?
3
Hasselblad H cameras. How does the viewfinder image correspondent with the photograph?