previewing exposure and af with flash in low light studio

yesterday i had my first portrait shooting in a studio. I already had preimagined my lighting setup: a single softbox flash on the right for the general exposure and a big reflector on the left to soften and brighten up the depths. During the shooting however my liveview preview was almost pitch black, which is understandable when i use 1/60th, f2.2 on iso 50 in dimm lit studio. The only light source for the AF was a light through the softbox which was turned on when the flash wasn't firing.

Thankfully my Sony A7 III did an amazing job keeping track of the models eye to focus on. It seemed like it brightened up the liveview everytime i took an picture with prefocus on. I could most of the times could work the composition with the little time i had when the liveview exposure was increased during AF. All planned pictures of poses exceeded my expectations so everything turned out fine.

I think i should improve my workflow in this studio situation and realized i dont know enough of studio flash usage with my camera.

How can i preview the flash exposure and simultaneously use AF in liveview? 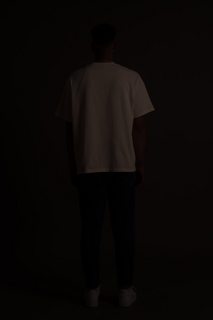 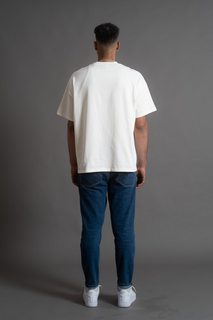 Many cameras allow you to set your live display to "preview" or "framing". "preview" adjusts the brightness and depth of focus to match the expected photograph, "framing" is supposed to help with, well, what you were doing.

In a few of my cameras, "preview" effectively reverts to "framing" if you switch on flash mode (but not if you use "slow sync" in which case the flash is supposed to be more of a fill-in). What your camera does in which circumstance and whether there are controls for changing the mode of your display between "framing" and "preview", I don't know.

PostScriptum: from the manual of your camera available from Sony's web page:

That sounds like it should cover your use case.

You simply cannot preview the exposure of light that does not exist at that moment. You had modeling lights on, which is about the best you can do.

You do not have to use such a dimly lit studio environment. But you do generally want to start with a dark frame exposure (or nearly). To help with AF/live view you could turn up the modeling lights if available (but "proportional" is usually the better choice), or bring up the room lights some and use a higher sync/shutter speed. You could also use a smaller aperture, if that was suitable for the desired image (often is for a studio pic); as long as you had more flash power available. And make sure exposure preview is disabled; otherwise you will see your dark frame exposure.

Comments tell me my initial assumption was incorrect, but I'll leave it here, just in case.

You cannot use the rear screen on many cameras to preview exposure, as they auto-adjust to try to give a 'best view' in all lighting.

I'm assuming your softbox flash was a regular strobe light?

That's why the pros use studio flashes, which contain modelling lights. These let you see the general shape of the lighting before the shot is taken, and is also hugely useful to just be able to actually see in the room, and as something to help out auto-focus.
The idea is that the flashes almost completely overpower the modelling lights, so they don't really interfere with the end result.

Being in a similar position, I only have regular strobes, I often use video lighting squeezed in tight to the softboxes to mimic modelling light. It doesn't quite work, because you cannot achieve the exact same angles, but it's a reasonable close-approximation, for zero additional budget [as I have them anyway, for video].

I have considered trying to squeeze some small consumer LED spotlights, rear-facing inside the softboxes to better approximate my angles - but this is a project currently awaiting trial.

While technically my answer was answered by Tetsujin, i wasn't satisfied and digged a bit into it.

It seems i've had a misconception about the EVF because it obviously simulates the picture you're getting when pressing the shutter button. When using a flash, of it won't know anything of it and can't calculate that in.

There is however a workaround it seems: disabling live view in the EVF. doing this allows to see what the sensor sees, without using the dialed in exposure for my flash. As long as there is some light hitting the sensor, it helps alot on AF/Composition.

The Option is Called "Live View Display" and is located under "Display/Auto Review1" on my Sony A7 III.

Assigning a Button (i used C3) will then allow me to switch back and forth when necessary (on, when using the camera in natural light, off when in studio).

This does not eliminate the issue of "previewing the flash" but rather in combination with a small light source and some test shots it will be alot easier to make composition and focus adjustments, without touching the settings.

Thanks for all the answers!

Not the answer you're looking for? Browse other questions tagged off-camera-flash sony studio-lighting mirrorless live-view or ask your own question.

2
Does flash tube size matter for studio lighting?
1
Can I use auto exposure with studio lights?
0
How can I take 'balance flash' pictures with studio lights indoors?
2
How can I trigger a non-TTL studio flash with a TTL flash?
2
Which studio light setup to for this linked image of a dog
2
Canon Live View: How to capture the exact image displayed on the screen?
1
Why does using my built-in flash in wireless mode to trigger my studio flashes not work?
2
Unable to trigger my Speedlite YN565EXIII via optical trigger using a Canon 750D (Rebel T6i)
1
Transportable mini-studio and power management
3
Why accurately measure incident light in studio photography?