Is my image exposure off due to shutter problems?

I've recently noticed an issue with my dslr regarding exposures. Most of my time is spent using shutter speeds under 1/100s for landscape photography but the other day I was trying to under expose a shot early on a sunny morning and found I could not do so using shutter speeds. As I am an Olympus four thirds user I'm restricted to low ISO's (due to noise), and larger apertures (due to diffraction and depth of field) than other larger formats.
My initial experiments showed that shutter speeds faster than the camera's flash sync speed weren't working. The exposure didn't change as I took shots in shutter priority mode from about 1/160s to max at 1/4000s, and I wondered if the sync speed setting was somehow stuck on despite the built in flash being set off and the display showing fast shutter speeds.
I took the camera out again recently when snow had fallen and as the light increased I started to struggle again, being forced to use small apertures and eventually ND filters to get images in the strong light.

Is this a sticky second curtain? It has been cold recently but I suspect this is the end for my much loved, 12 year old Olympus E-520. Are there any possible fixes I can try before finally put my hand in my pocket to replace this now defunct system (Oly gave up support before selling the imaging division to JIP)?

EDIT: Some more images to answer the points raised in comments.

All the following images were shot in shutter priority mode in whole E.V. steps with auto iso on to help achieve the various shutter speeds.
This set have been taken as single shots through a window, handheld and very shaky but that might be of help later on I think.. 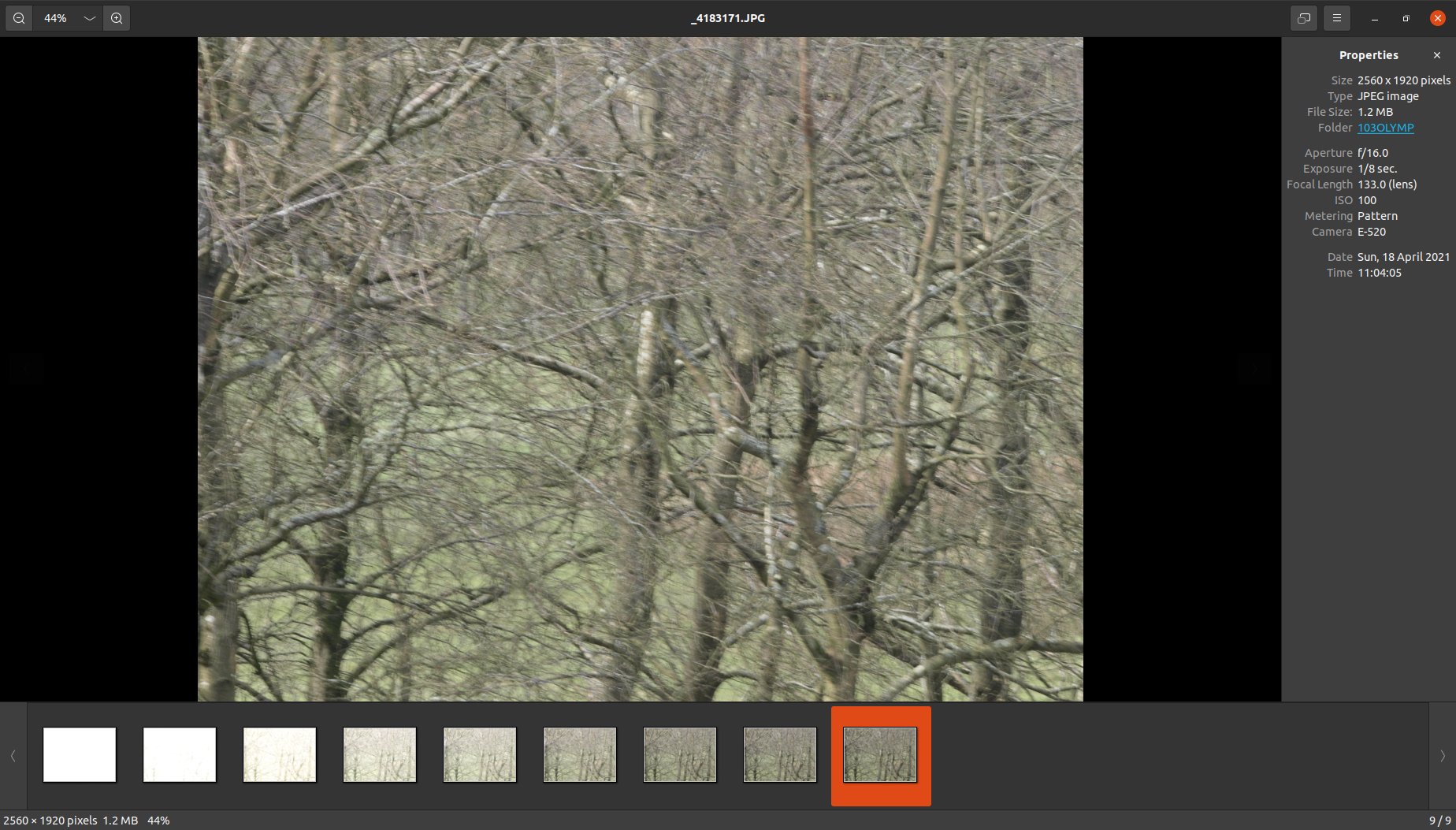 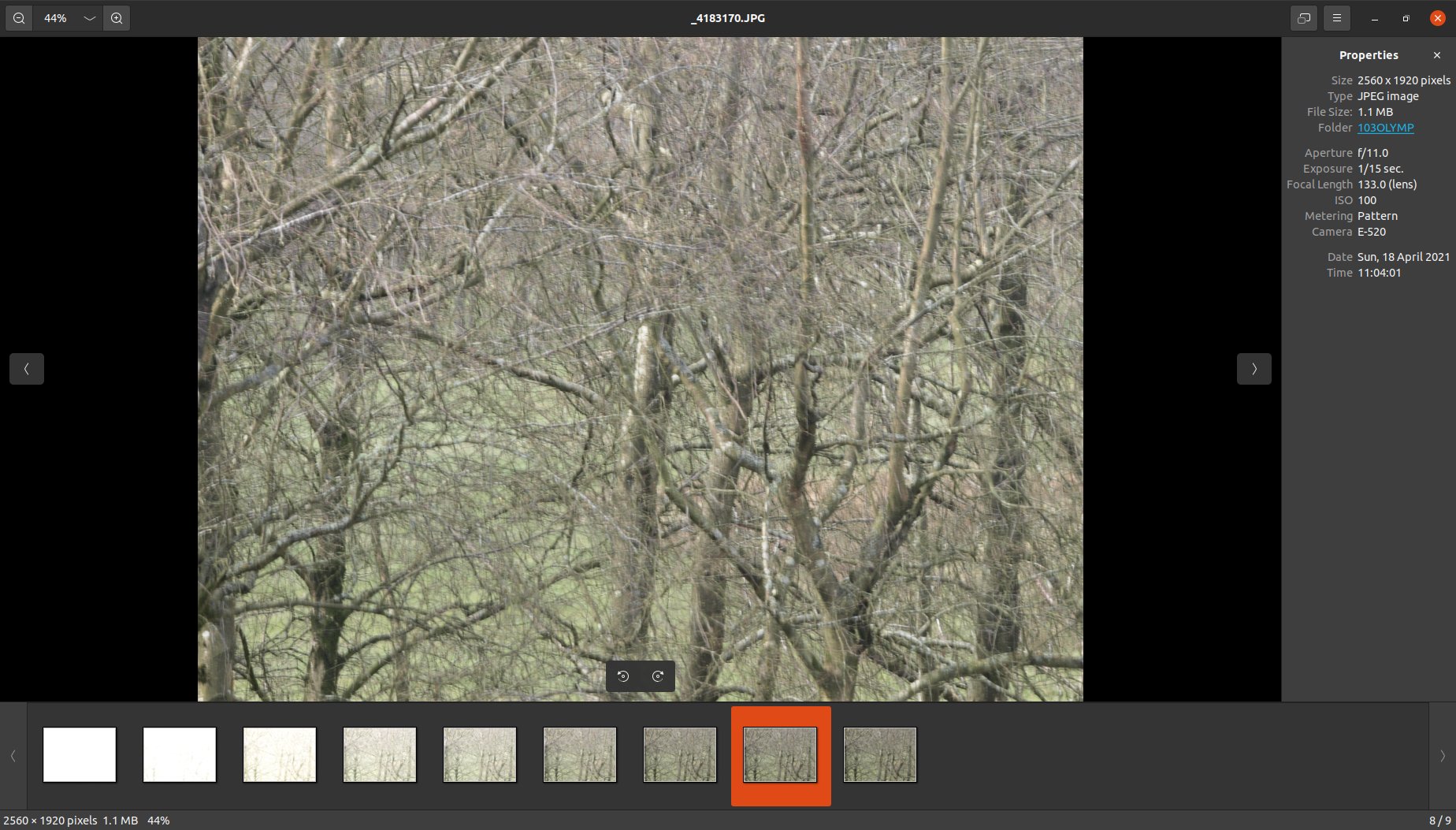 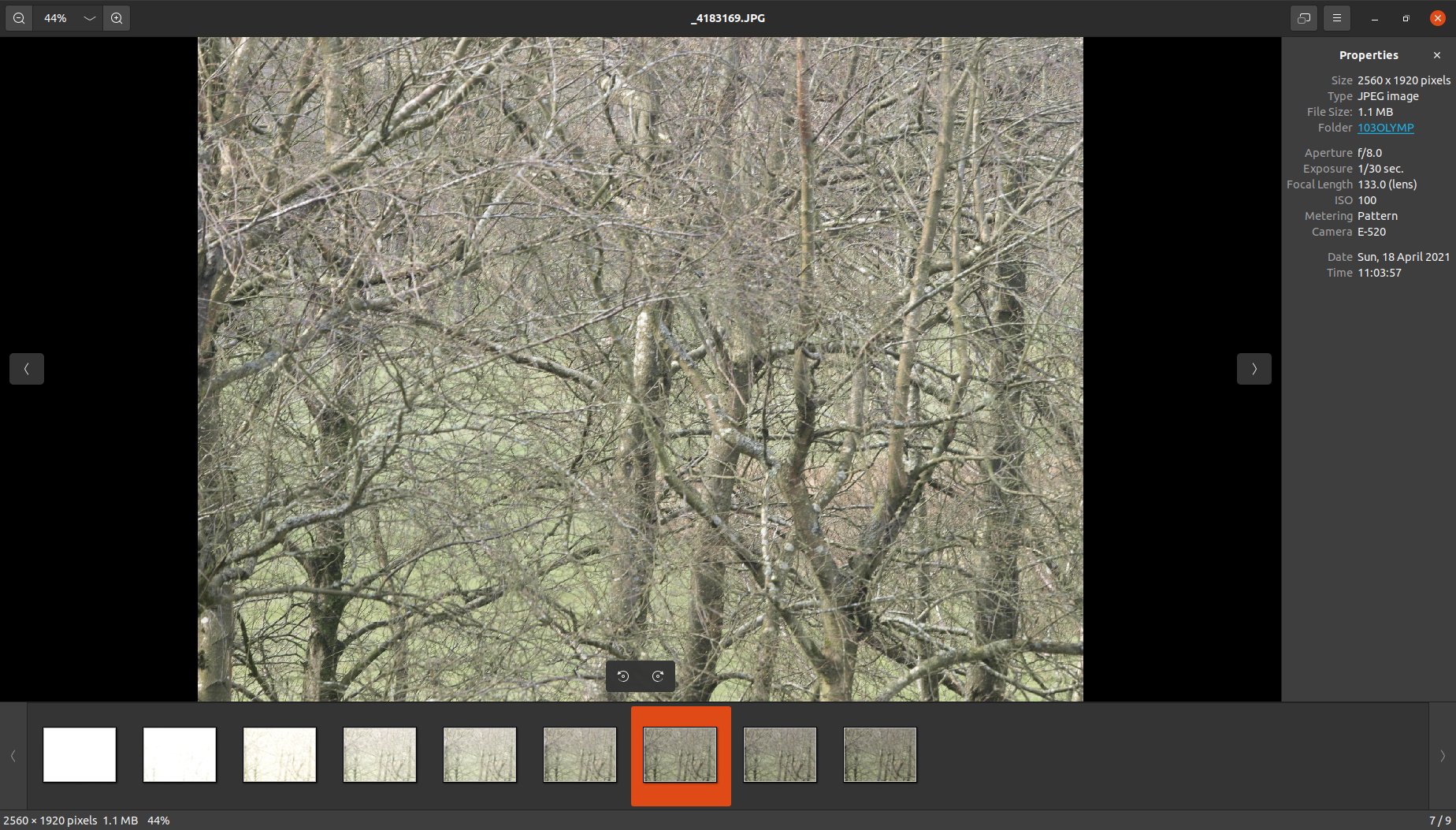 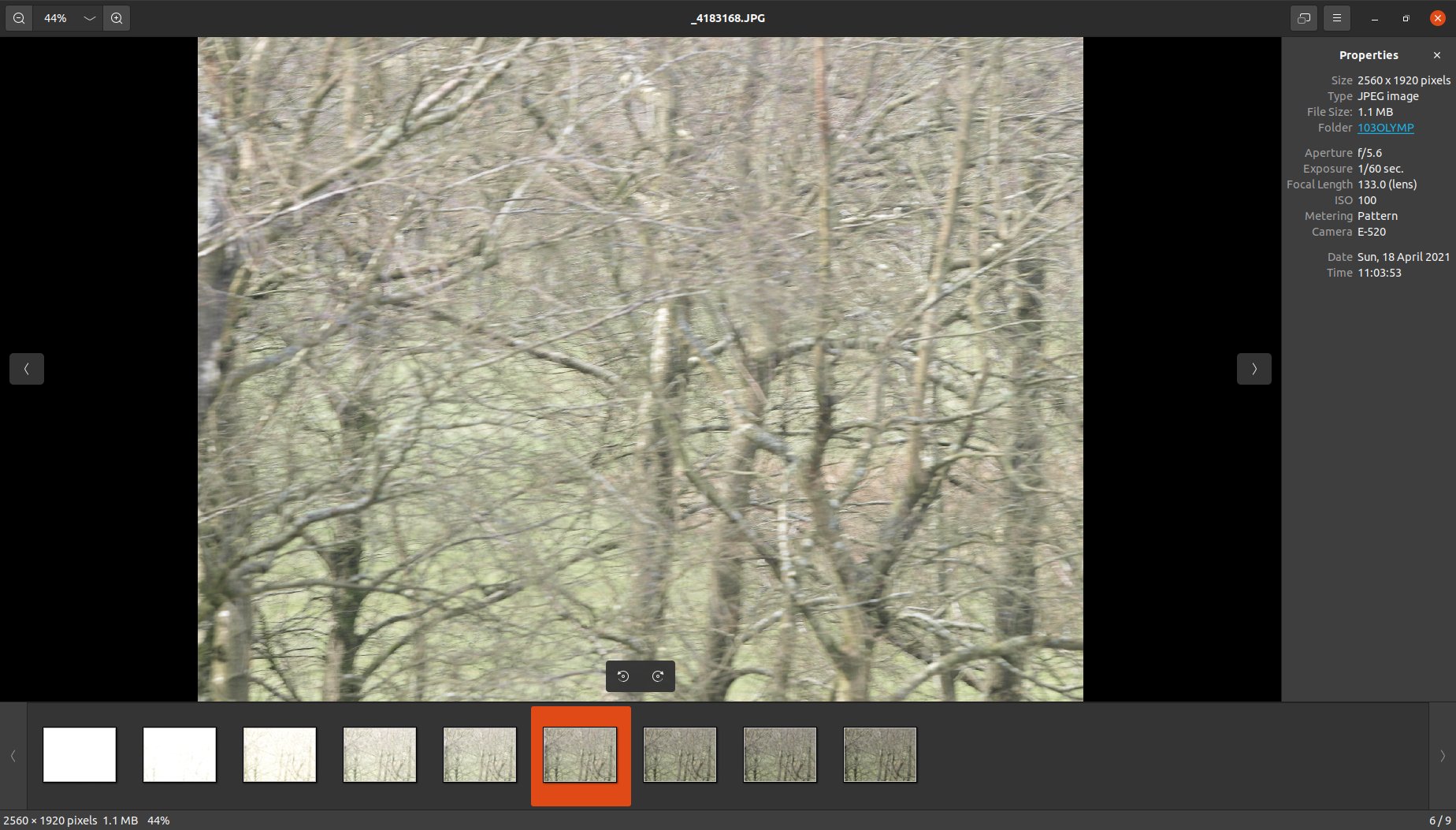 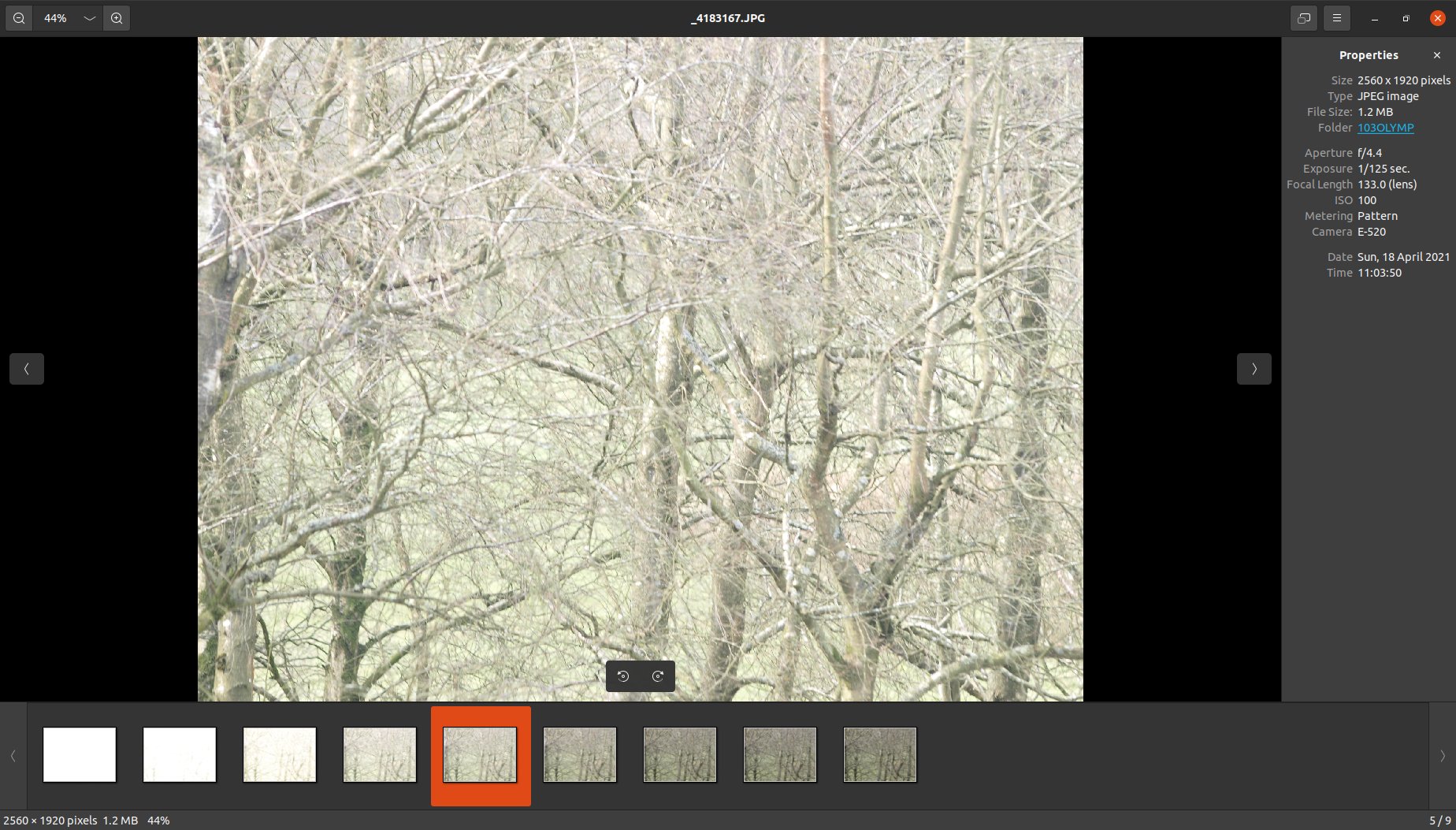 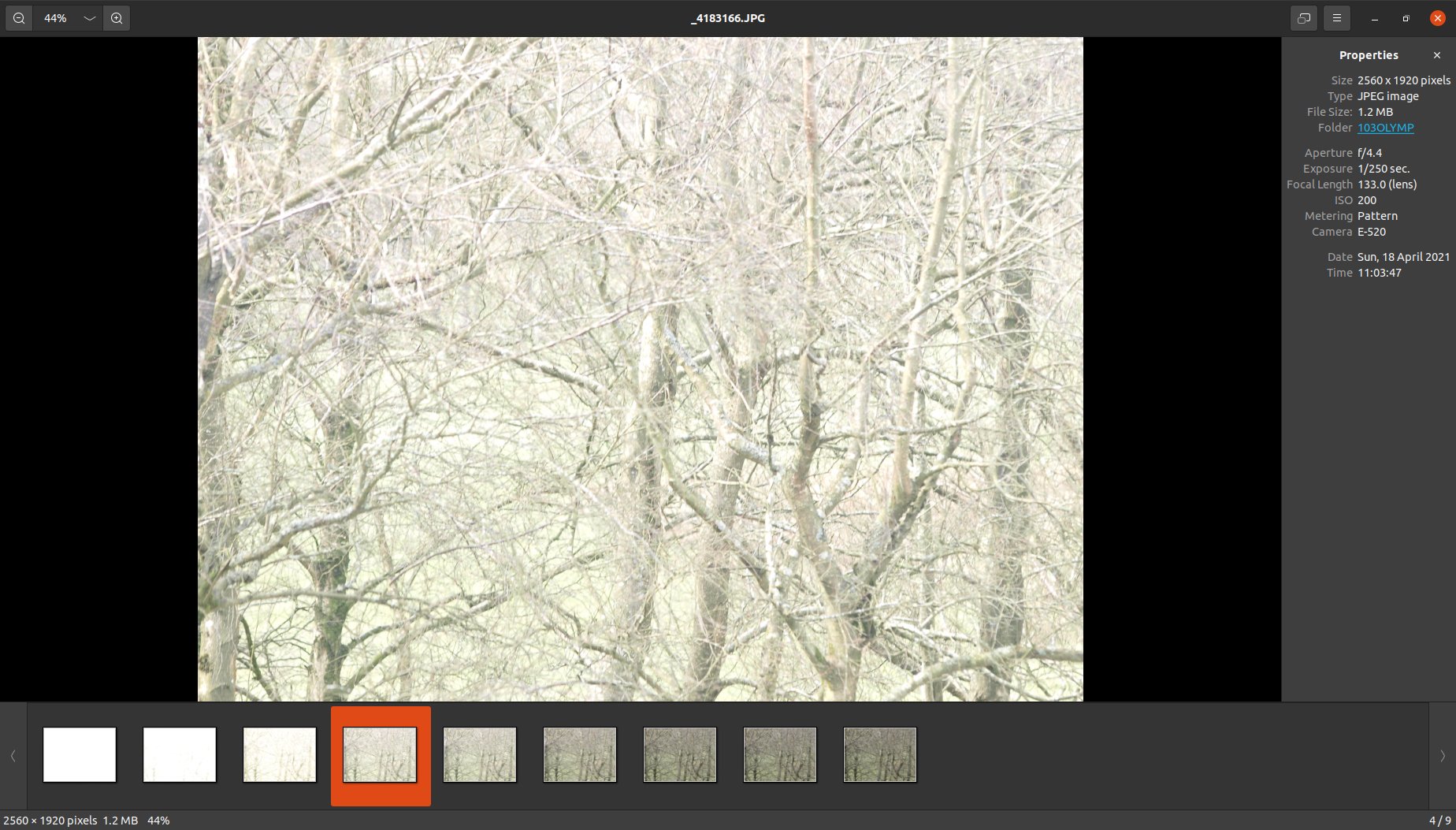 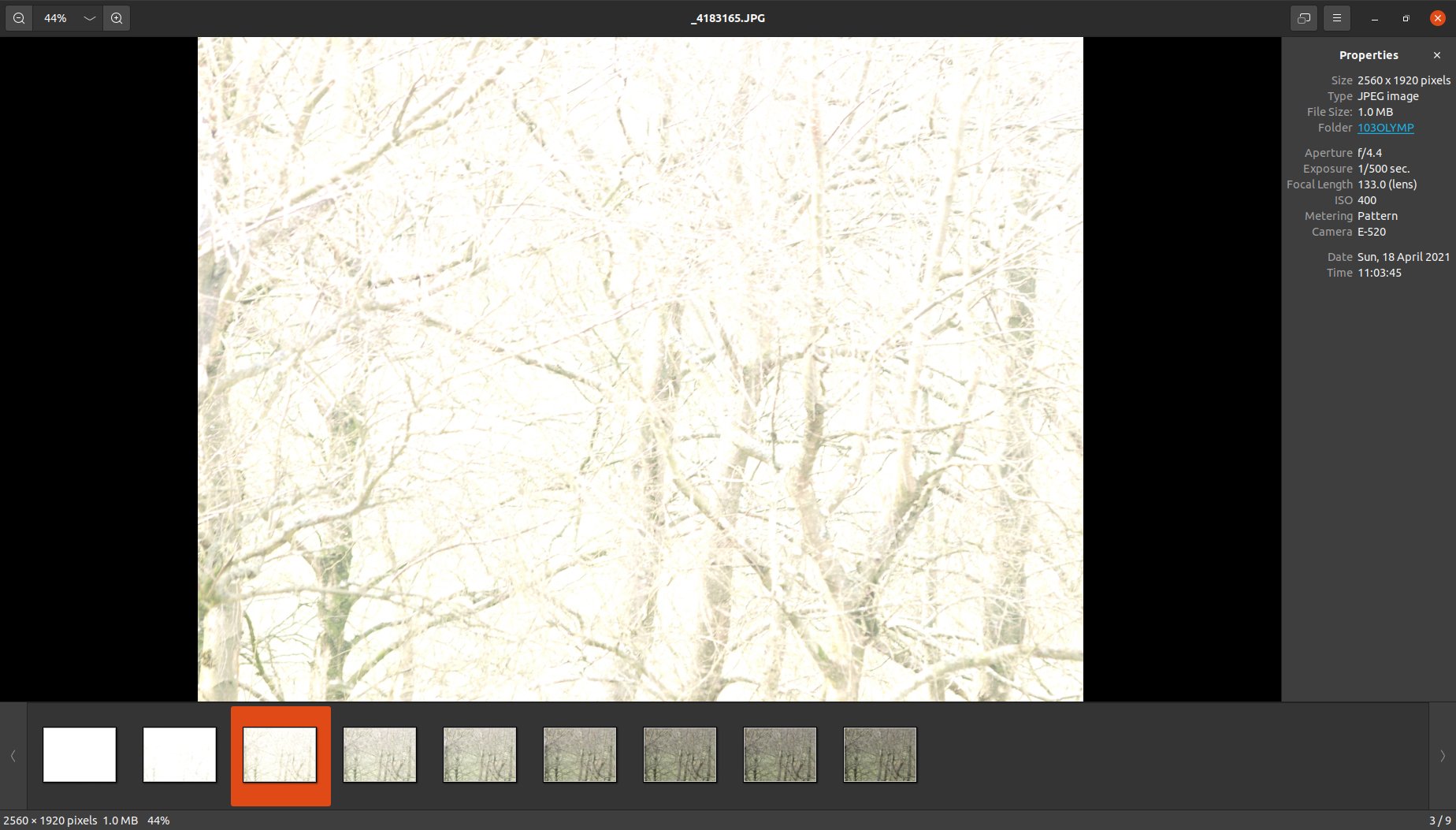 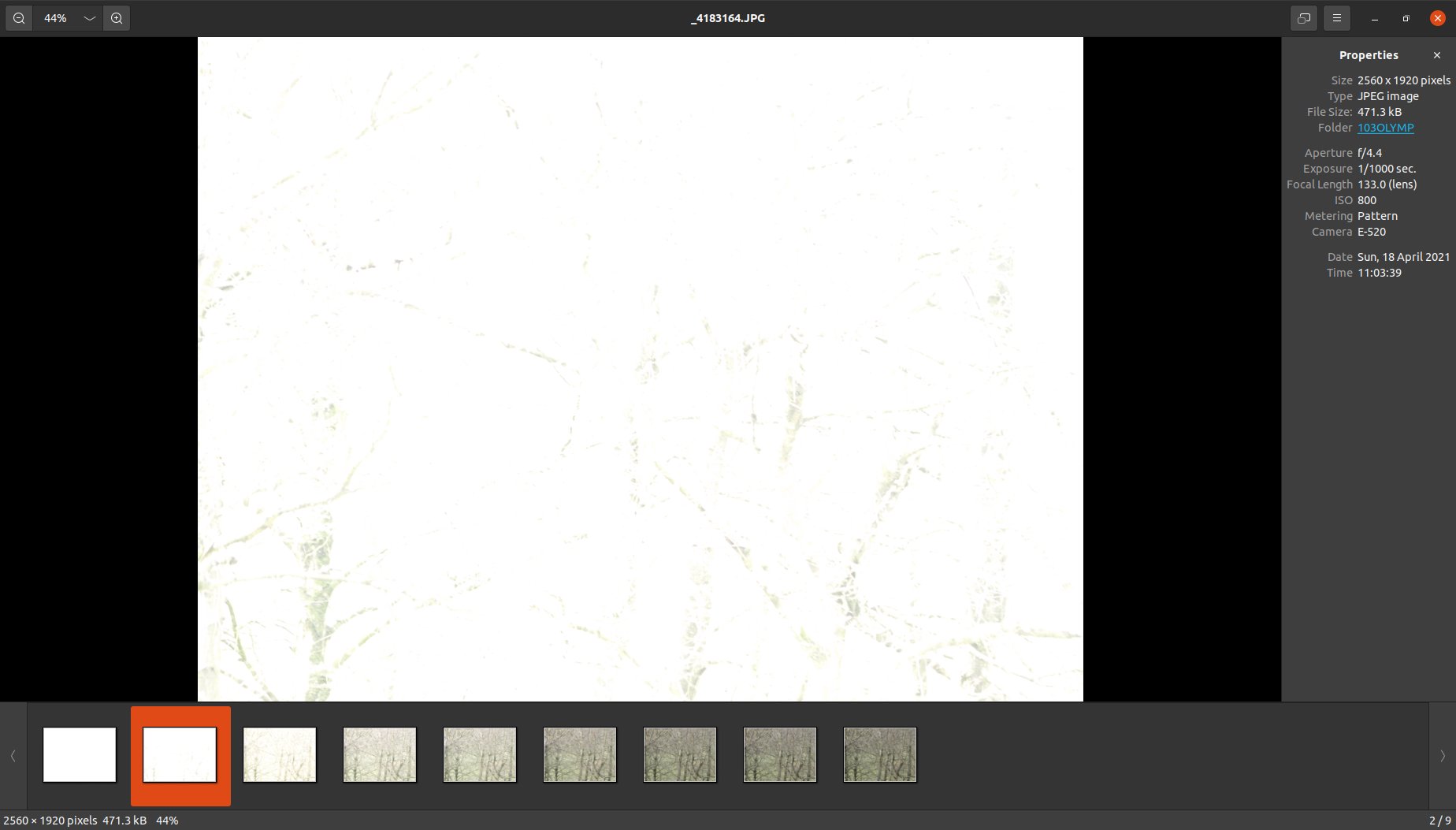 To me they appear to show that exposure is failing on the 1/60s image which is slightly brighter than the previous image at 1/30s.

The following set (which I don't seem to be allowed to upload) have been shot vertically in burst mode. The bright strip occurs on the right of the image, again the bottom of the sensor, showing I think the direction of shutter travel. One thing I did notice though is that the bursts all featured image 1 overexposed, images in the middle of the sequence properly exposed excepting a bright strip, and the final image of the sequence correctly exposed with no bright strip. This happened no matter what the length of burst I fired off. Also one of the middle images was reasonably steady and sharp except for the bright strip which was horribly wobbly, this to me indicates a longer exposure time for this area.

EDIT: Those vertical images - there were three shot at f/4 1/250 ISO 100. For some reason one of these will not load though it was created in exactly the same way.. 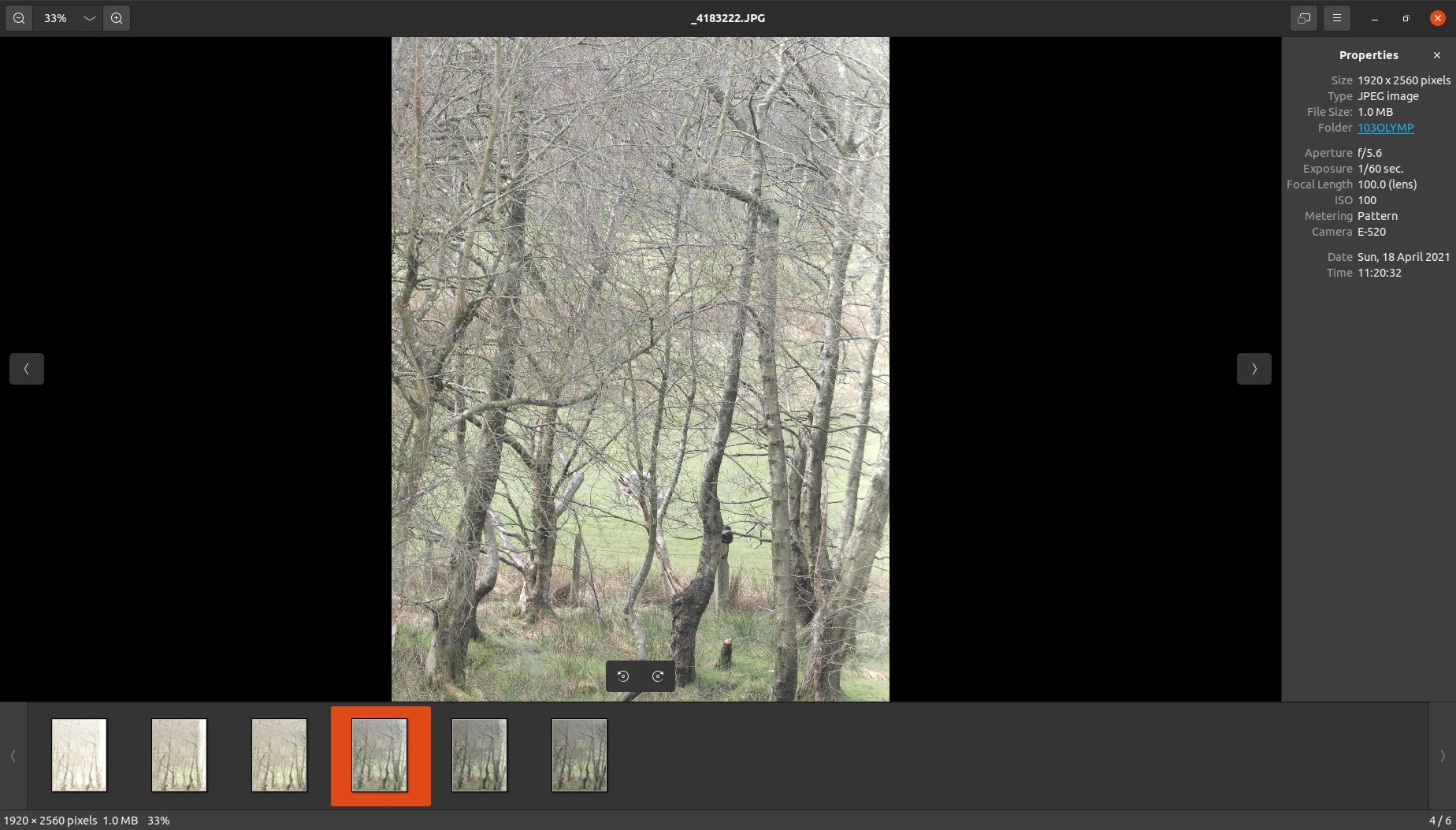 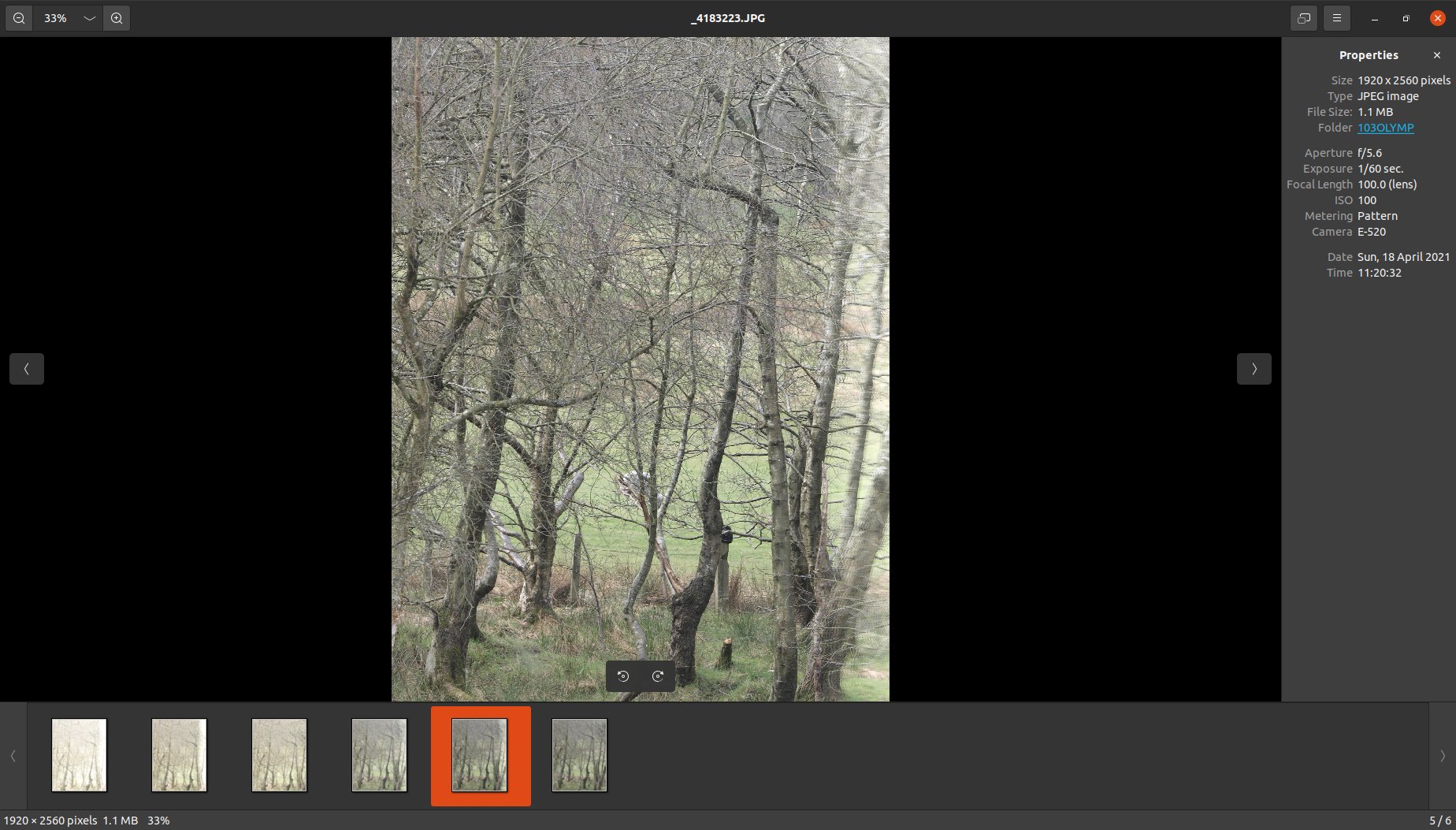 detail from the above 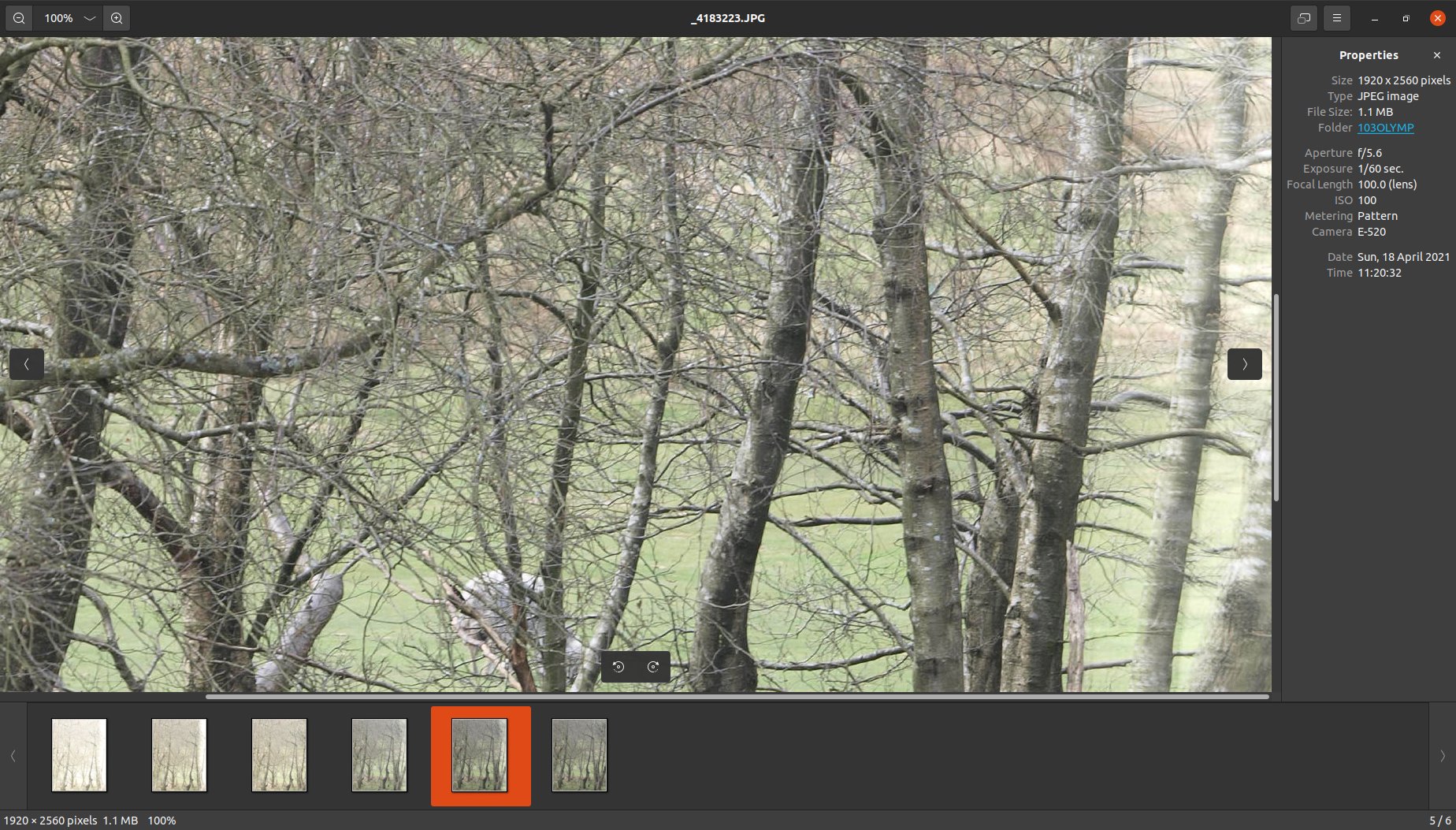 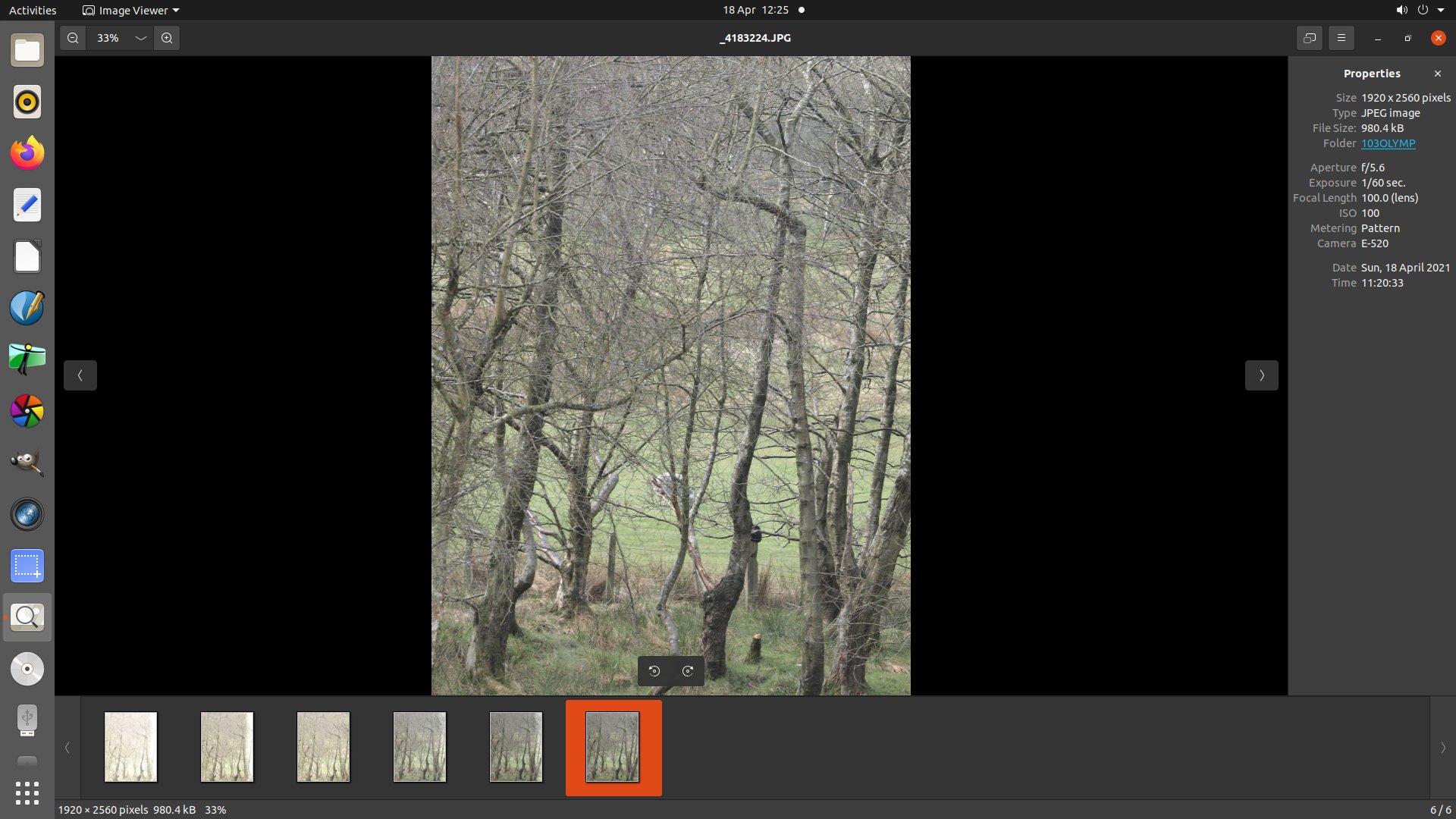 The symptoms would indicate a sticking second curtain (if the shutter travels from top to bottom across the sensor).

2
Why has my processed film come out in cold colours/blue?

9
Are these images symptomatic of shutter failure?
3
Nikon D80 shutter problem
3
Nikon d5100 producing extremely underexposed images
2
Canon f-1 shutter and mirror jammed when speed is below 60
2
Exposure preferences
0
Overexposed and not clear photos Olympus stylus 1
3
Is HSS open or closed loop? Does it work in complete darkness?
4
How does a camera determine aperture when in shutter-priority mode?
1
Do Olympus OM-D cameras count two shutter cycles per exposure in single shooting?