I'm a hobby film photographer for a few years now having a basic understanding of photographing, developing and scanning + postprocessing.

In the past months i've shot only few photographs due to some global pandemic. I've developed with Cinestill CS41 for some time now with great results. As the first negatives last year had the desaturated look, i've thought the chemistry soup was overused.

Yesterday i cooked a fresh CS41 Soup and bottled it up. Afterwards i developed a fresh roll i shot last week in the mountains just to find out that the problems persist:

I've used a Canon AE-1 which light seals have been replaced last year and worked fine since. Maybe i should check them. Portra 400 was in the Camera, set to ISO 200 and i metered for the shadows (even though it looks muddy, i think its obvious i overexposed +1). Developed as always: 3:30 at 49°C Developing and 8:00 at BleachFix. Final rinse with demineralized water + a splash of ipa for better drying. All inside the labbox 2. Scanned as always with the Epson V550 in Vuescan. The Epson has a Anti-Newton-Ring glass inset. Cropped the image, took a bit of the orange as white balance, used negative lab pro, with default presets. Never had this look before with these settings. If i invert the colors myself by using the "RGB Curves Method" i get a huge bluecast which also would normally never happen in this method. 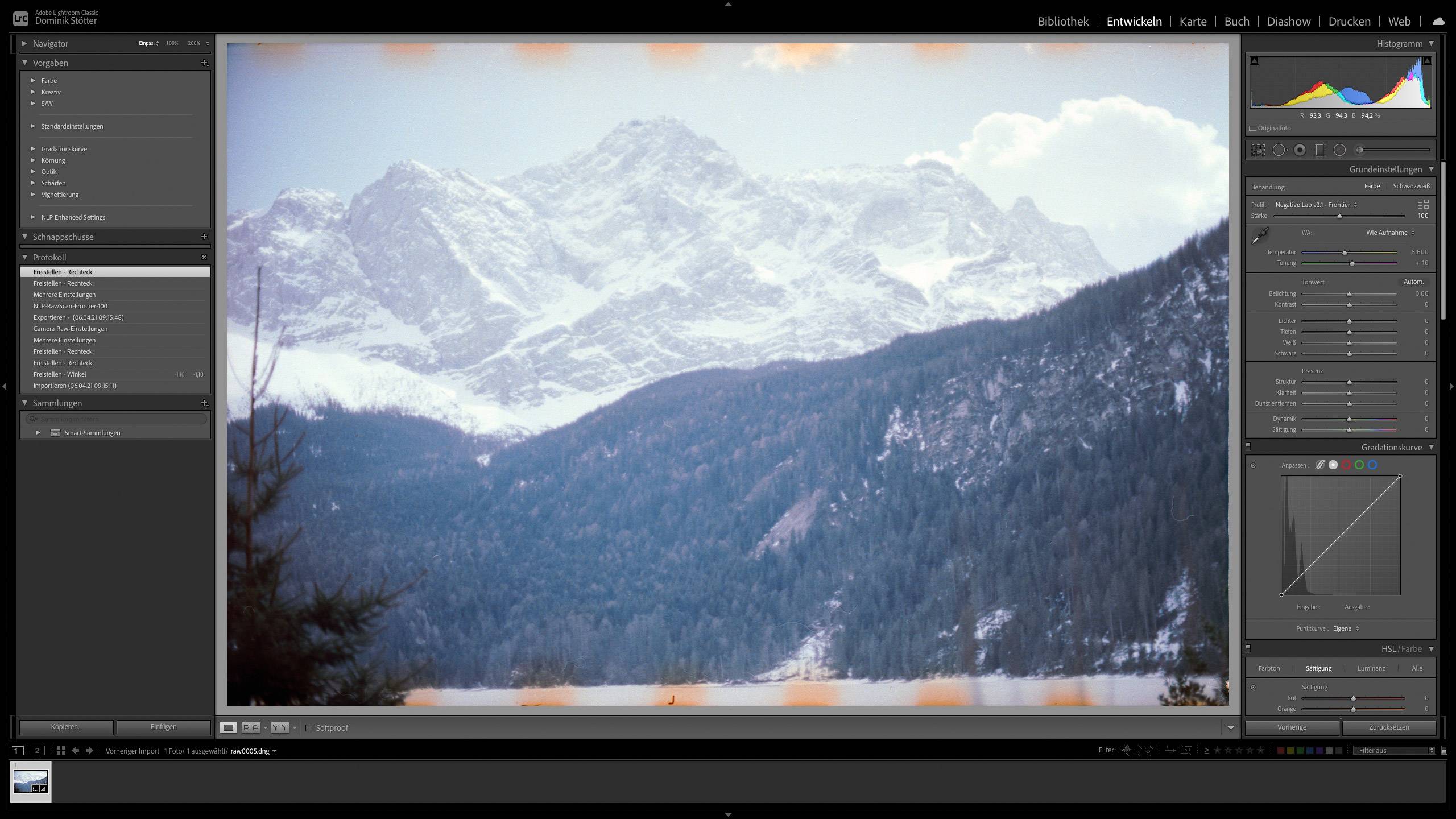 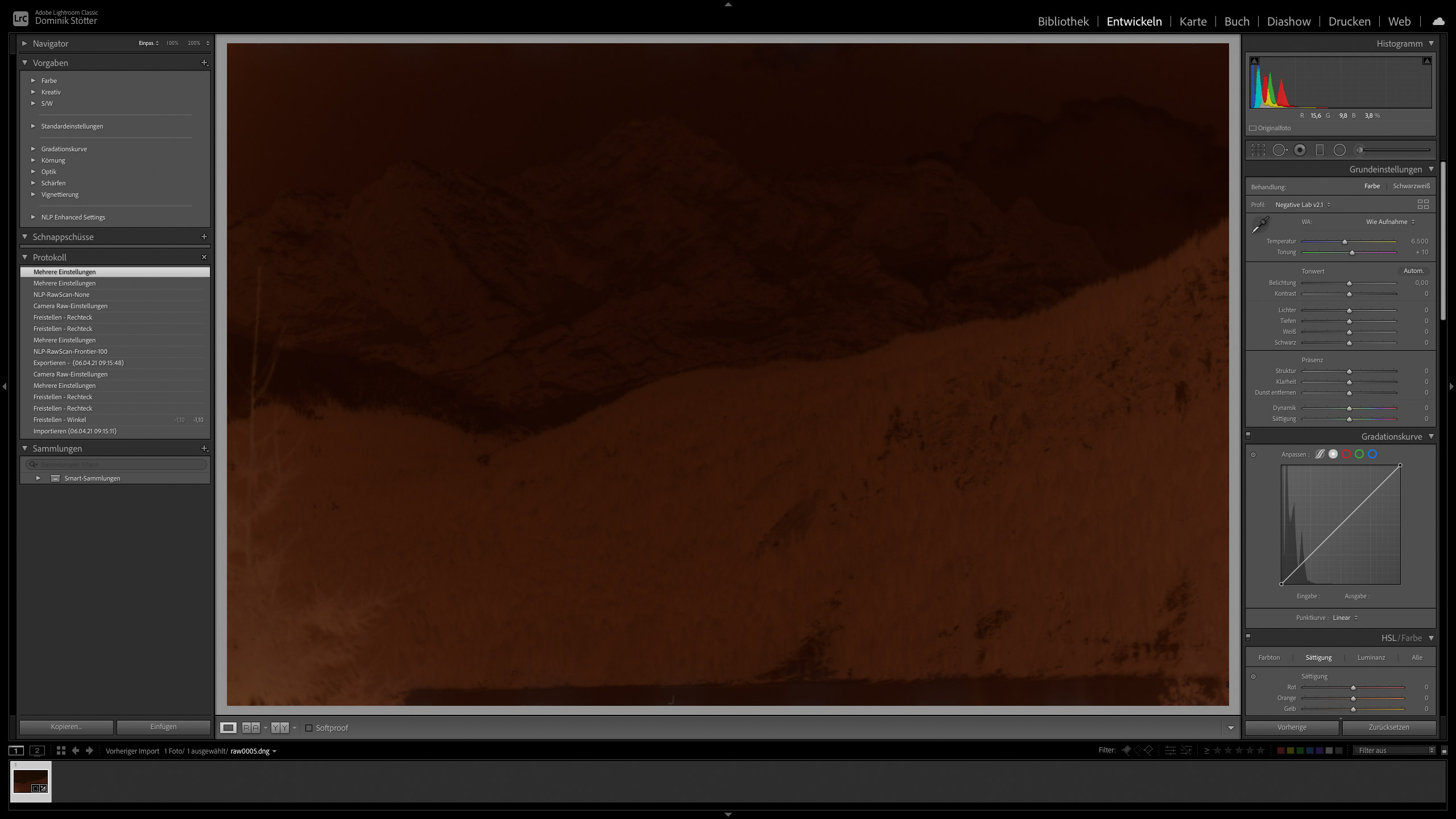 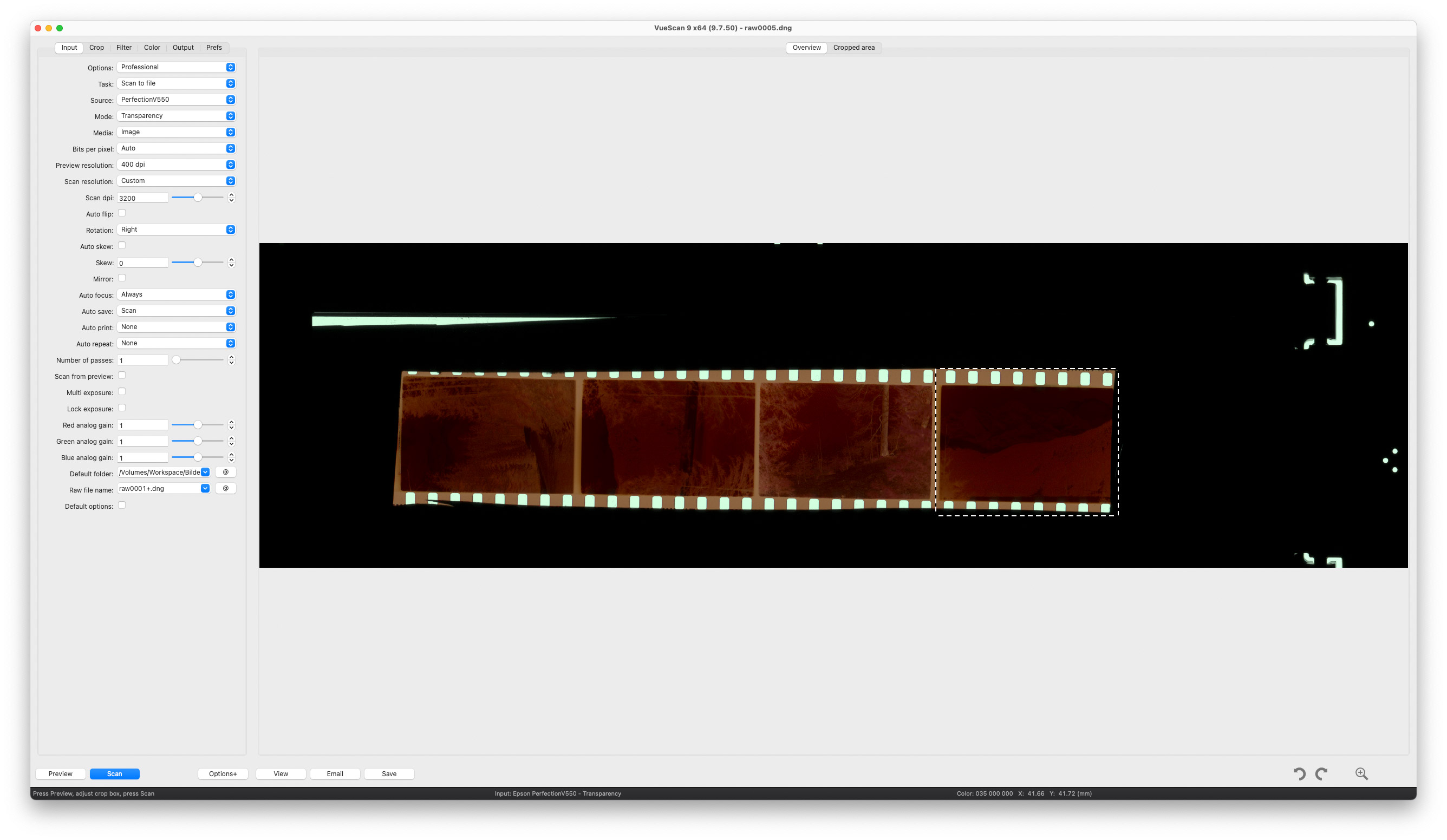 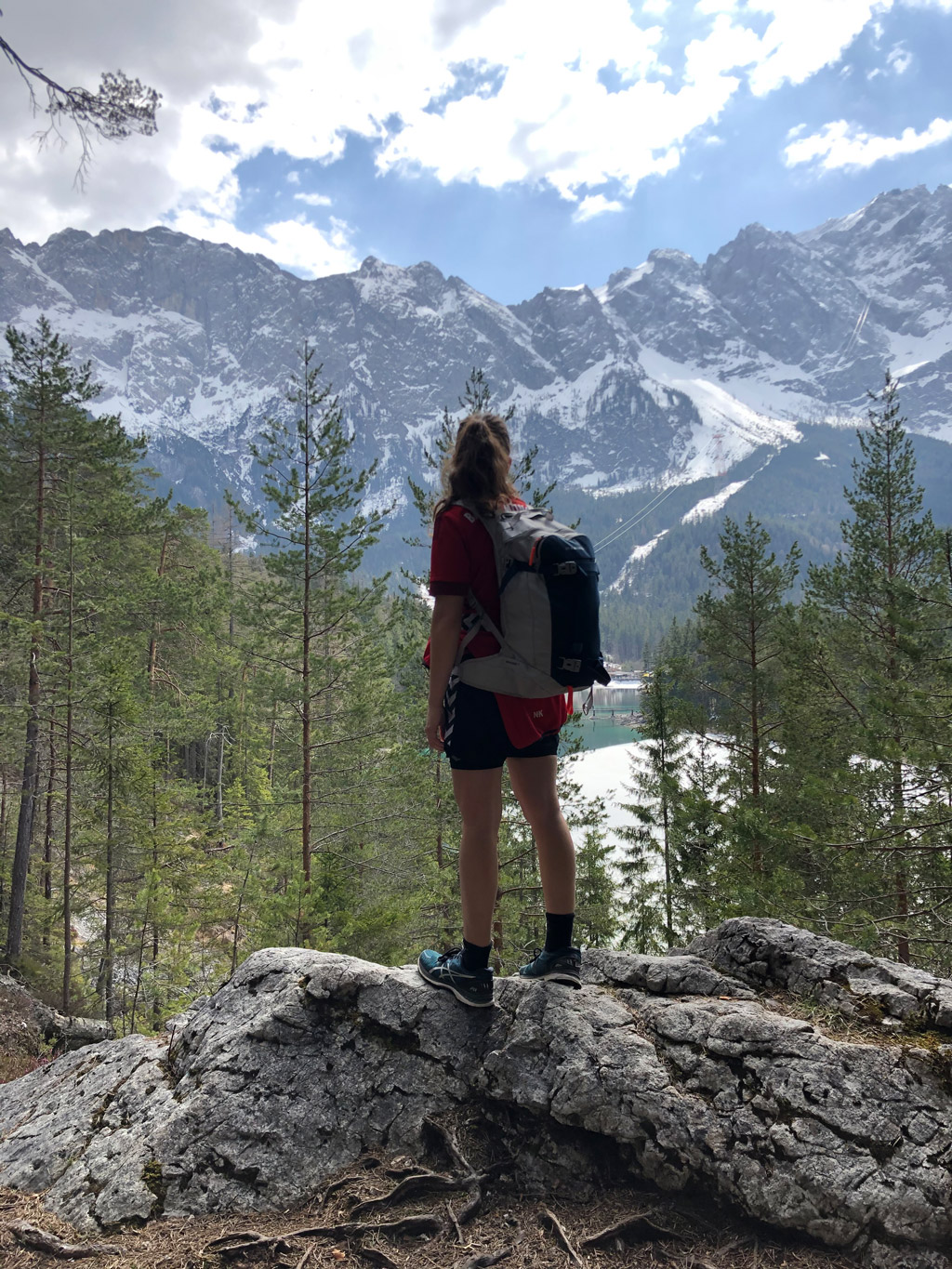 What it actually looked that day

Your "sprocket light leaks" don't cross into the negative rebate, so they're not light leaks.

The marks are blue/cyan on the negative (hence orange in the scan), and darker in the scan than the surrounding image area, suggesting they're due to local underdevelopment. This is what I'd expect from bromide drag, which is caused by insufficient agitation.

Standard C-41 process normally calls for either continuous agitation or five seconds agitation every thirty seconds -- if you're agitating less than this latter you could have problems with bromide drag, even with fresh color developer.

Another potential contributor is overexposure -- the more exposed your film is, the more bromide it releases during development, meaning more exposed film (for instance, film that "saw" the bright sky) is more prone to bromide drag.

Combination here is overexposure and overdevelopment -- you're 10C too high on temperature as well as exposing a stop over (the latter alone usually doesn't cause trouble, though it will produce denser negatives). The muddiness is most likely from your scanning software compensating for this combination.

So, to correct this (aside from observing recommended chemical life in terms of weeks since mixing and rolls processed), be sure to agitate sufficiently, keep your temperature within tolerance (Cs41 wants to start at 102F = 38C, which is calculated to give an average of the C-41 correct 100F after the developer cools during processing), and watch your exposure. Color negative film has a lot of latitude, but this is one of the ways overexposure can have a negative effect.

Not the answer you're looking for? Browse other questions tagged developing scanning negative-film light-leaks or ask your own question.