Why is there a bright edge in my photos even though my studio lights provide even coverage?

I have shot in natural lighting before this. I am just getting started with studio lighting. I just got my Alien Bees Lighting hooked up to my Canon Rebel T3 with Cactus V6 II radios. It was a process with the radios, but it finally got figured out.

BUT NOW my camera is acting weird.

It has a strip of brightness along each image. It didn't do it on the first image, but on the rest it stays in the same spot when I tilt my camera different angles. So, it is not on my screen; it makes me think it is my lens, but I took pictures around my studio and it didn't do the same thing. I don't even know where to begin to fix this. I know it's not that the lighting is uneven, because the first image is even. 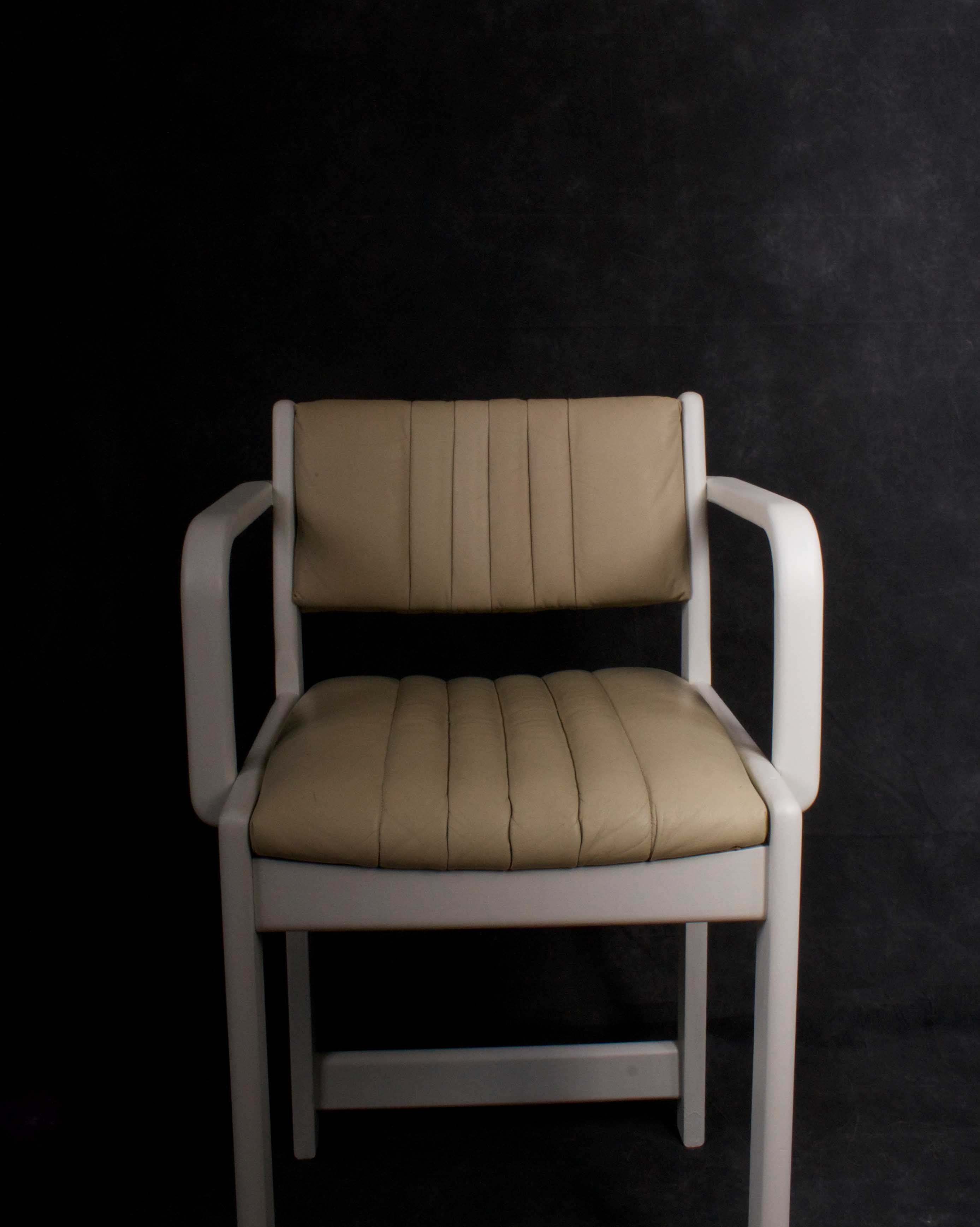 You haven't told us exactly which Paul Buff Alien Bees flashes you're using, but many studio flashes take longer to release their energy than most speedlights do. For the most part, camera's flash sync (X-sync) ratings are based on using the camera with that brand of camera's in-house speedlight selection sitting directly on the hot shoe or using the camera's built-in popup flash. This is particularly the case with cameras that do not have a PC port¹ used to send a "fire" signal to external flashes without using the hot shoe connection.

In many cases, this means you must shoot with an exposure time longer ("slower shutter speed") than your camera's flash sync setting (X-sync speed). If you use an exposure time shorter than the time it takes the flash to fully fire, the second shutter curtain of your camera will begin closing before the flashes have produced all of its light. The parts of the sensor covered by the second shutter curtain as it is closing will be dimmer than the parts of the frame not covered by the second curtain until after the flash has released most or all of its energy.

Your Canon EOS Rebel T3/1100D has a flash sync setting of 1/200 seconds. That is equal to 5 milliseconds. The Alien Bees B1600, for example, has a T.1 flash duration at full power of 1/300 second, or 3.333 milliseconds. So far so good. The flash can release 90% of its burst of light in a shorter time than the camera's X-sync speed. But then you have to factor in the delay between the time your camera signals the Cactus transmitter to "fire" the flash and the time the Cactus receiver(s) tells the flash(es) to "fire". If there is any appreciable delay, then at 1/200 seconds your second shutter curtain will begin closing before the flash has released all of its light.

One thing I would check is to be sure you haven't accidentally dialed in some delay in your Cactus V6 II transmitter's settings. Anything greater than a delay of 1.67 milliseconds (5ms minus 3.33ms) will mean the flash begins firing too late to complete its burst of light before your second shutter curtain is closing. In practice any delay dialed in would need to be shorter than that, because it takes time for the radio trigger's microprocessors to react to the camera's "fire" signal, to then send the radio pulse to "fire", which is an encoded radio signal that has a more than instantaneous length to it, and then for the receiver(s) microprocessors to decode that signal and send the "fire" command to the flash(es) to which it is connected.

As a proof of concept that the shutter curtain beginning to close before the flash reaches T.1 is the root cause of your issue, take a few test shots with increasingly longer exposure times - 1/200, 1/160, 1/125, 1/100, 1/60, 1/30, etc. - and see if the bright area on one side of the frame gets increasing wider towards the "far" side from where you are currently getting the bright strip.

¹ PC in the context of flash photography has nothing to do with a personal computer. It is an abbreviation of Prontor/Compur. Prontor has its origins in the Italian word pronto (quick) and was a brand of shutter produced by Alfred Gauthier in the 1950s. Compur, derived from the word compound, was the shutter brand of the Deckel Company. Both companies were based in Germany and both counted Zeiss as an influential stockholder when they introduced the standard 1/8"-inch coaxial connector for shutter/flash synchronization.

Sounds like a syncing problem, your shutter speed might be too fast to fully catch the frame. Try decreasing the shutter speed. It looks like the rear curtain is starting to close before the flash has finished its pulse

Not the answer you're looking for? Browse other questions tagged studio-lighting or ask your own question.

26
Is this light stripe at the top of images from my DSLR a light leak?
4
What are the physical limits that determine a camera's flash sync speed?
1
D5200 darker area at top

4
How can I avoid light bleed in a studio shot?
4
How to deal with fabric colors? Studio strobe lighting
8
Lighting on highly reflective surfaces - chromed Dobro guitar
1
Transportable mini-studio and power management
13
How do I get rid of this orange tint and reflection while keeping my label well lit and visible?