How can I edit this photo in RawTherapee to increase the details in both the subject and the background clouds?

I recently took this photo, and by playing around in RawTherapee was able to bring out two particular aspects of the image that I really like.

First, the original (This is a "save" of the RAW from Nomacs image viewer, I created the edits below from the RAW): 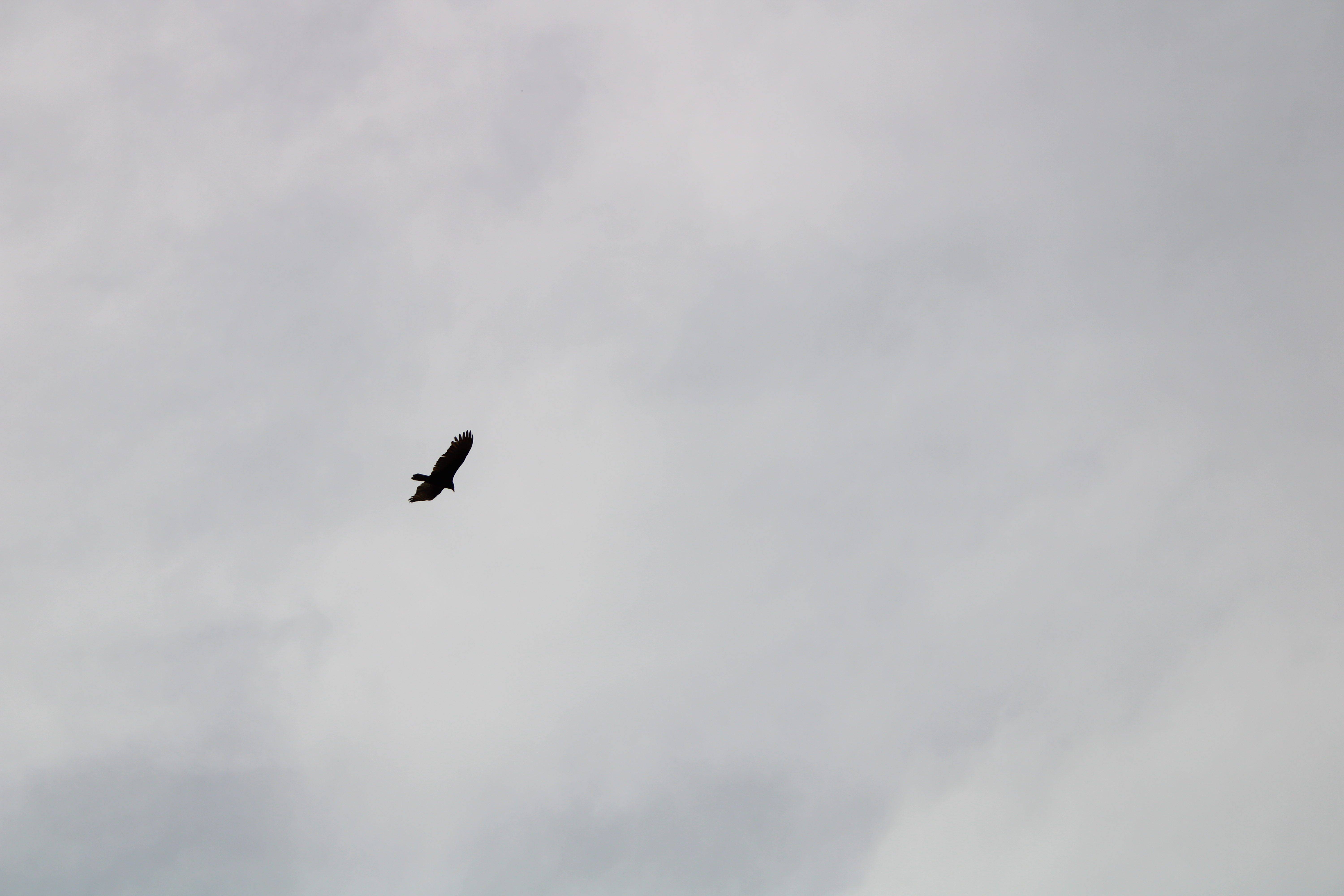 You can see some details in the clouds, but overall it is pretty gray and flat.

I created this first edit by lowering the "Black" and turning up the "Shadow Compression" in the Exposure panel. This brought out a lot of detail in the bird's wings, but the clouds turned into an even flatter gray: 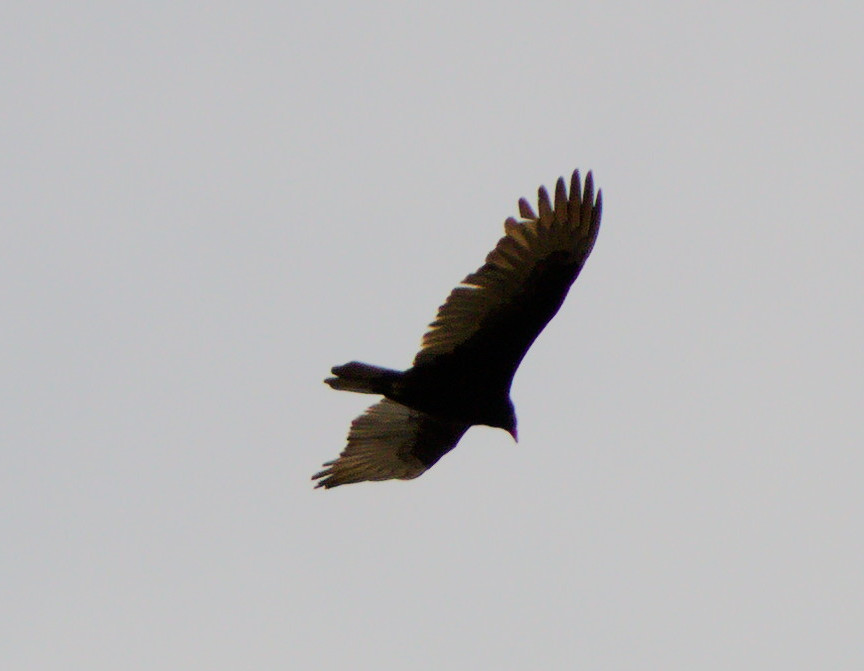 Here are the settings in the Exposure panel I used:

For the second edit, I played around with the tone curves under the Exposure panel, and ended up with a rather aggressive curve which pulled a lot of details out of the clouds after I added some highlight recovery and maxing out the highlight compression. However, all of the detail in the bird is lost: 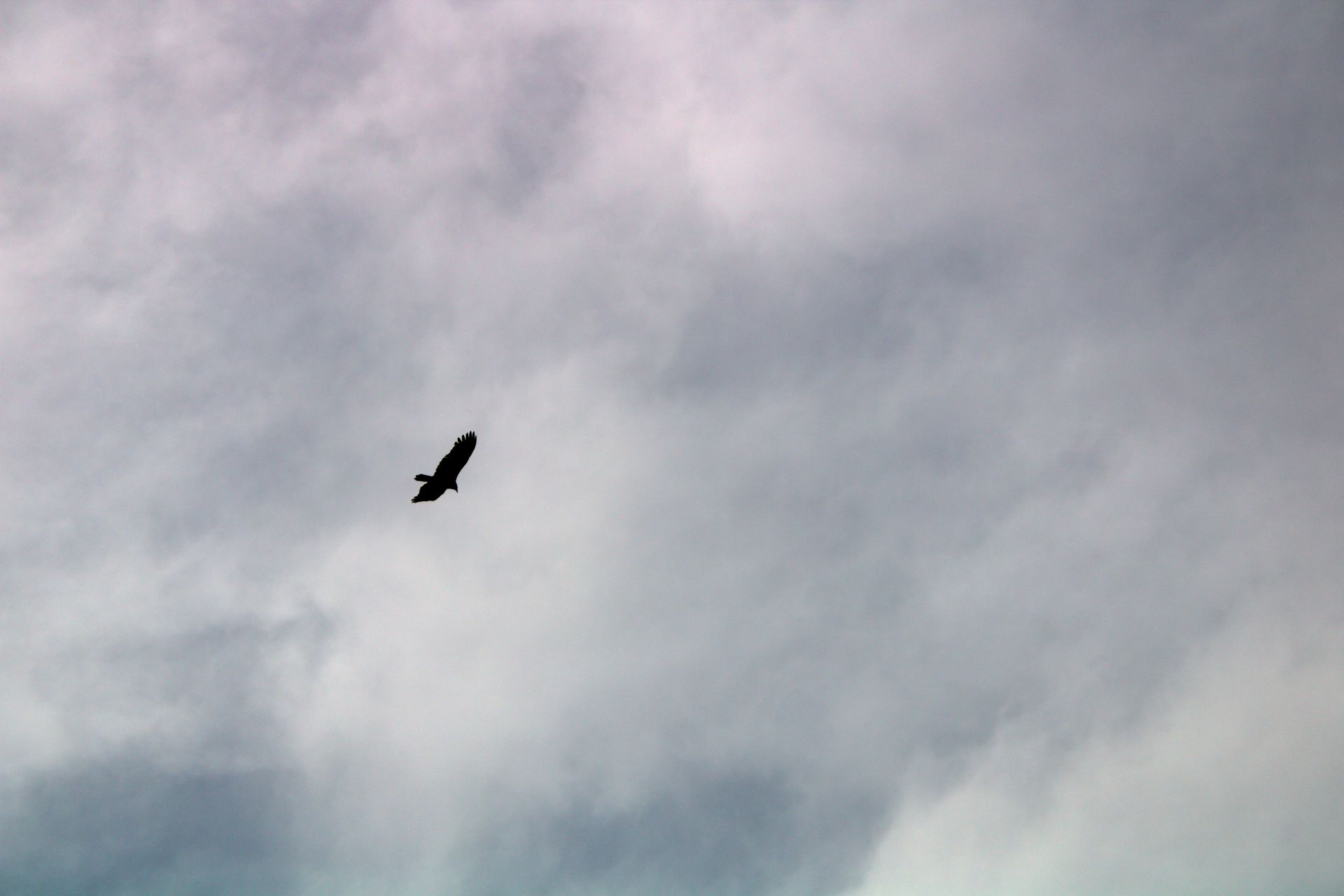 Here are the settings for this one:

For context, I've started photography as a hobby within the past few months. Any feedback would be appreciated!

As noted in comments, look into layering.

I did this in Photoshop, as I don't have Raw Therapee. You could do the same in Gimp etc.

Select the bird & separate it to a new layer, by copy/paste. Then you can treat each layer individually. Essentially you can push the sky darker & the bird lighter, without each interfering with the other.
I over-cooked these edits to show how far you can push it. It's all a bit crunchy because of the jpg start-point plus I didn't really take the required care to accurately select the bird. You could do a whole lot better from the original, though you may need to save it out as a 16-bit TIF to manipulate in this way, retaining the highest quality. I don't know of anything that can edit a RAW in this way. 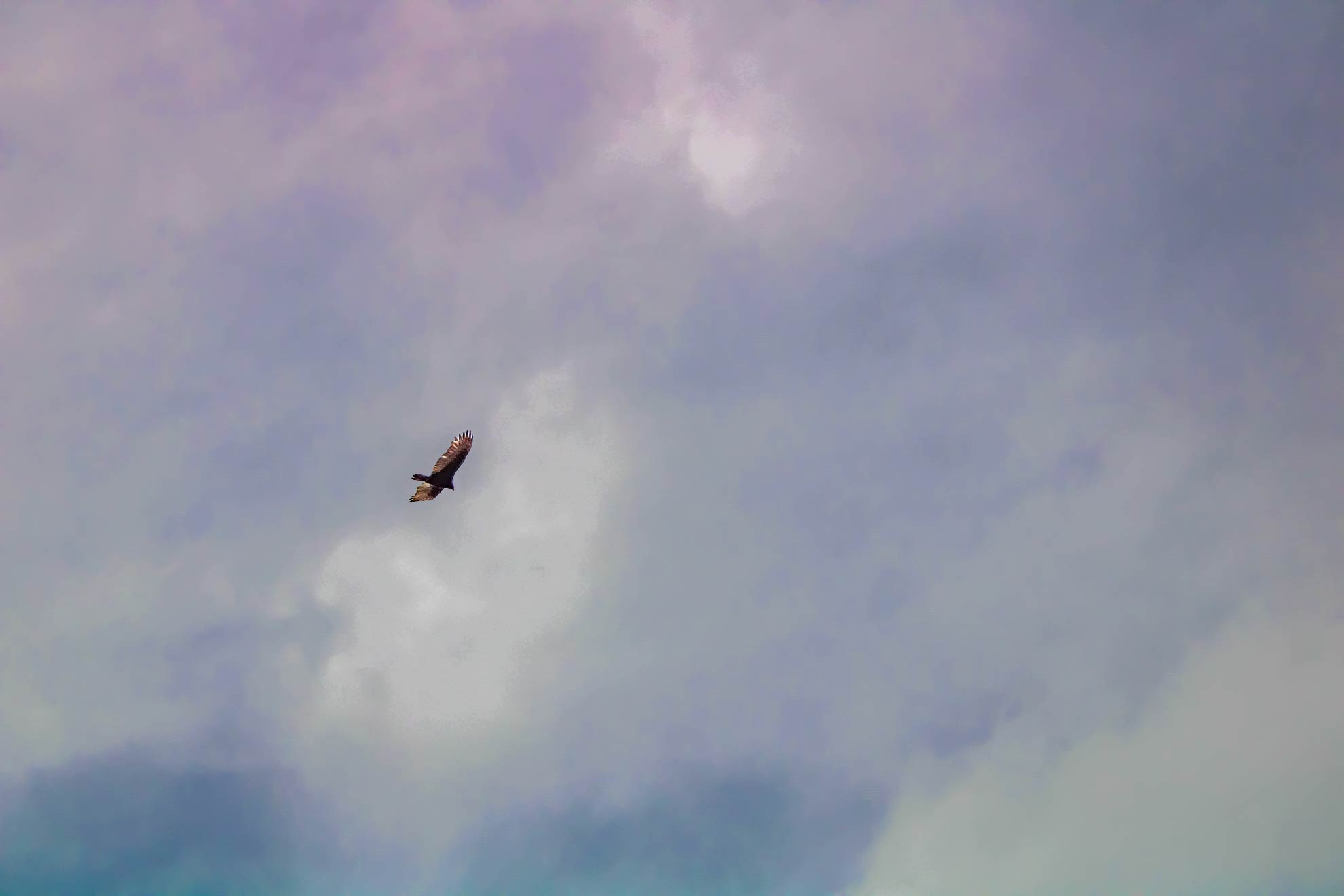 Zoomed to bird, more careful selection technique & some feathering of the edges [no pun intended] could smooth this out nicely. 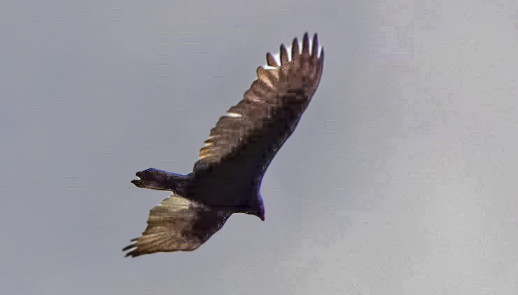 One additional trick. This type of edit where you are pushing adjacent areas hard in different directions tends to make sharp lines at the edges, worsened by the original bird in this case underneath. Use the healing brush to eliminate the bird from the lower layer, so you only have to concentrate on the upper for matching/blending.
This also allows you to use masks to in effect 'cross-fade' the edges rather than blurring them [I didn't do that here, as you can probably tell]

Incidentally, just for fun, this also allows you to then move the bird wherever you like ;) 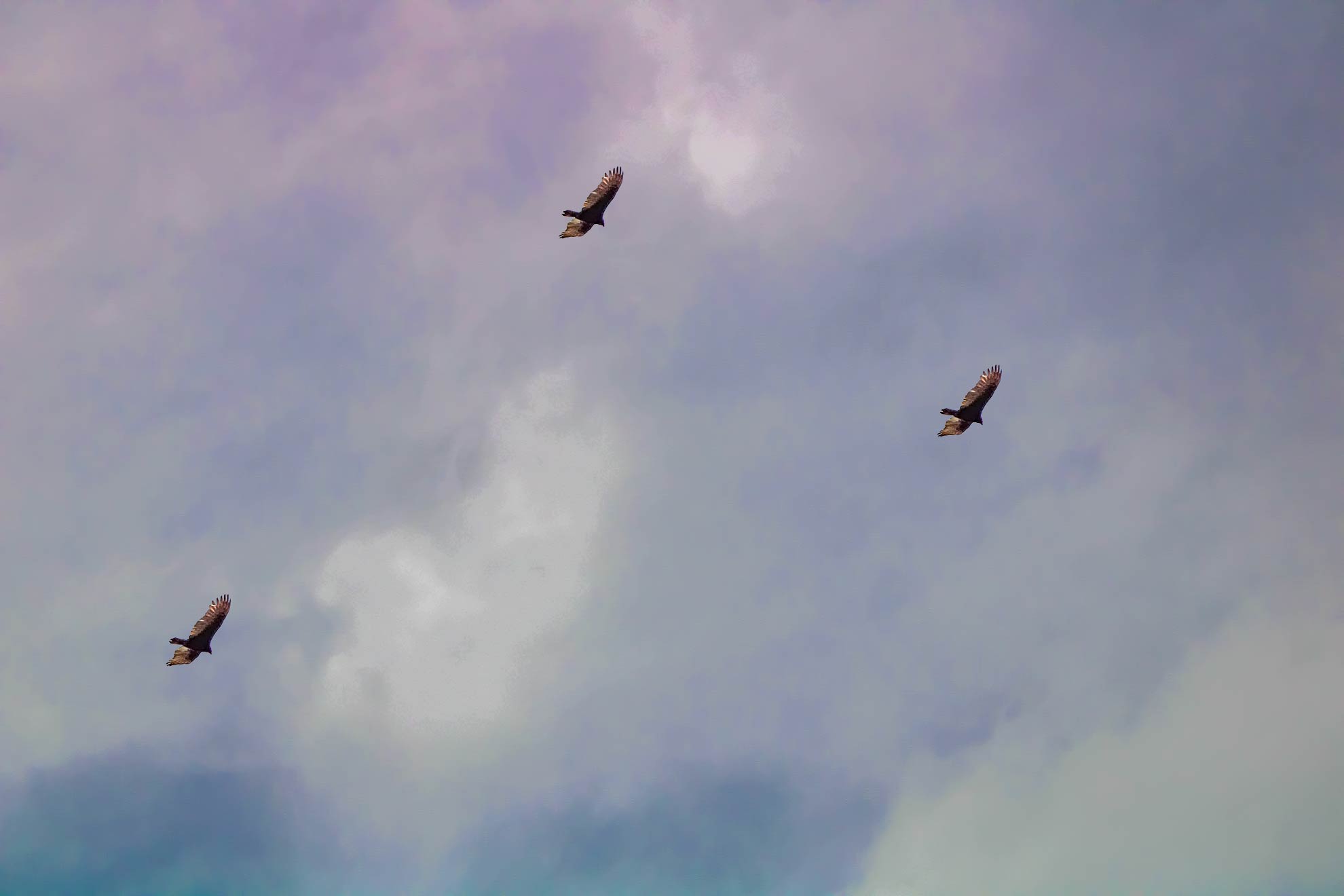 Well, I've used somewhat wonky exposure curves (they go back down after an initial steep rise), changed the white balance and put the wavelet transform tab to work, adding a lot of contrast on the small (dark) features and the large (bright) features. Naturally this does not work too well unless working from raw (and probably so-so from raw) but here you are: 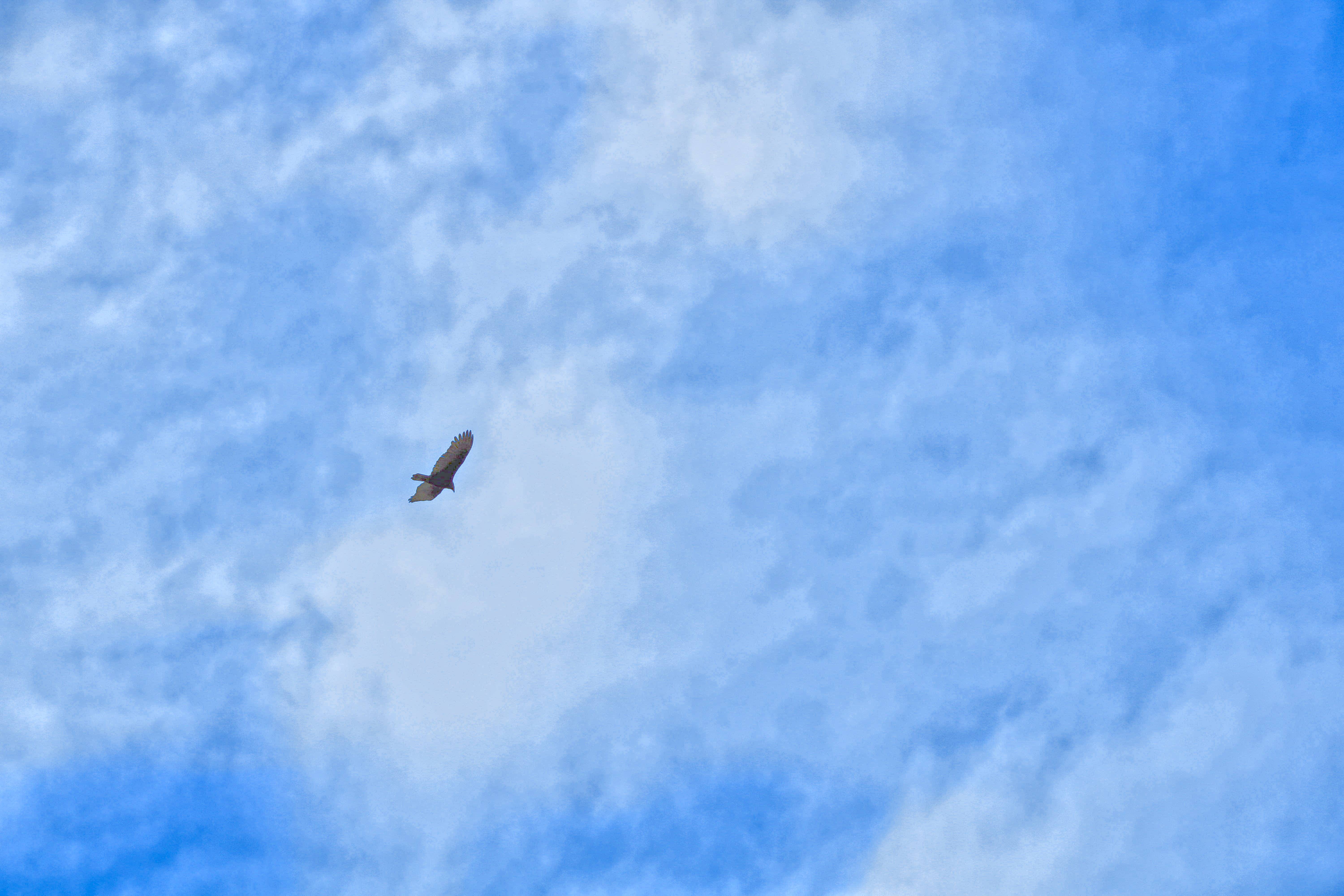 Note that RawTherapee recently gained local modifications where you can constrain manipulations to a certain region. That might help for your case. However, I am not sure there is much of a point in it given your source: at full size, details in the bird don't make a lot of sense; and with a heavy crop, bringing out the clouds is pretty useless.

Not the answer you're looking for? Browse other questions tagged photo-editing rawtherapee or ask your own question.

15
How can I remove the background of a photo using GIMP?
1
Why does raw to jpg conversion differ in different editors?
2
Why does the same raw image look different in Rawtherapee than in geeqie & DSLR preview and how to get the same preview as geeqie
2
In Lightroom, how do you make changes to the background of a photo without affecting the subject
0
How to properly edit a ".jpg" photo from Lightroom in 3rd party editor
20
How to capture a swinging pendulum?
2
What do I need to change to prevent this denim looking grain/noise in my product photos?
3
How can I bump up shadows in post without overexposing the image?
4
How can I improve the crop on this photo?