How can I improve my food photography?

I would like some help with how to achieve these kind of photo looks in my food photography – whether it be camera settings or how to edit, I'd like to achieve a consistent theme and have my images high quality.

I'm shooting on a Sony a7 II with a standard 50mm f/1.8 lens and I don't know why my photos don't look sharp, crisp or clear.

The first photo is my attempt; the rest are examples from other photographers of what I'm trying to achieve. These photos have been edited and would like to know how to get the look - seems that the blacks have been emphasized and the images are cool toned - no blue really. I don't know what else. 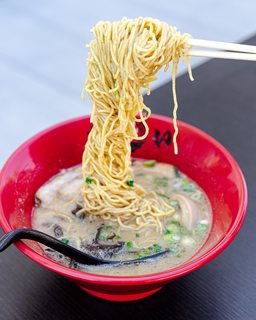 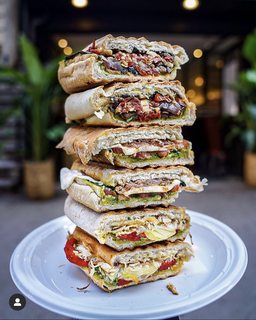 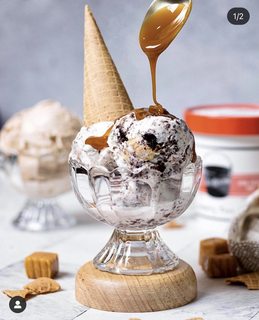 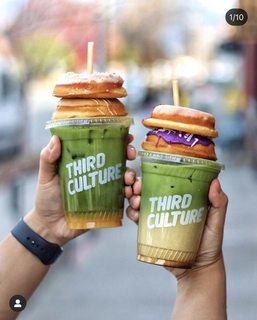 In addition to what other people have said, I would also pay closer attention to the composition. You've cropped off the left hand side of the bowl, which you'll only be able to rescue in post with some ninja Photoshop skills!

Your shot is also taken at a slightly different angle to the reference photos; those were taken pretty much straight on to the products, meaning the photographer was able to include some interest in the background, whereas yours is taken at an angle whereby the only background interest is the table.

Depth of field and angle: Look at your angle, look at theirs. Everybody else is shooting straight on, directly square at the subject. You're shooting from above, at an oblique angle. That's going to place your depth of field, especially with a bigger aperture like f/1.8, at a plane that only gets the noodles on the chopsticks and the front of the bowl in focus. If you were shooting square on, all the noodles would be in focus, though the bowl may not be. There are reasons the most common food shot angles you'll see are directly overhead, or square-on.

Aperture and (possibly) lens. You also need to learn not to shoot wide open all the time, so that you get enough DoF to cover your subject, and you can increase the sharpness of your lens. The Canon EF 50mm f/1.8 is notorious for being soft wide open and sharpens up considerably by f/4. But I will also note that macro lenses can typically achieve better close focus, and are always going to be the sharpest lenses in any lineup.

Lighting. While the first and third of the shots you want to emulate may well be done in natural light, the ice cream sundae one could be lit with a off-camera lighting gear and a modifier for the soft light, like a softbox. This gives the photographer the ability to use low ISO with smaller aperture settings.

Background, styling. Background gives ambiance and context to each of the images: a restaurant, a party, a street stand. Your shot? No context. And also strong enough graphical elements to fight for attention with your bowl of noodles. And the ramen, while I'm sure it was delicious, doesn't have the type of styling to make it look delicious. Someone else already having tucked into a dish isn't necessarily as appealing as the dish presented to you by the waiter, not yet eaten. Again, note how the shots you want to emulate are pre-consumption, not mid-consumption. But more than that, the spoon, chopsticks, bowl, bowl logo, and ramen bowl toppings could have been used as graphic elements before you mixed things up.

On the plus side, your light was good (that slightly high key look is spot on), and your white balance is terrific. Those are typically the two things food photography beginners get wrong.

If youre shooting a 1.8 prime lens I would suggest you to stop down to F/2.2 to get sharp results with a decent background blur. Of course this might not be necessary for each lens but most lenses tend to be a little bit soft wide open. If you are uploading your images to instagram then I would suggest you to try out the highpass filter in photoshop to sharpen your images. In my experience the sharpening in lightroom is good for prints but since you might not look at your images from very close I think the highpass filter creates a much sharper looking "small image".

However I dont think the images you shared have any kind of edit in common. Before I would think about getting good pictures from edits I would try to improve my lighting. Lighting is everything. The most contrasty, colorful and sharp looking images come from flash photography.

I'm not really seeing that this can be done "in the edit". A lot of what I'd change would have to be done before the shutter is released.

Minor point - are we supposed to be able to read, or at least recognise, that logo on the rear of the dish?

Overall I think the lighting is flat enough, but your background pulls emphasis away from your product. Hardening up the contrast & pulling back the highlights would be a 'quick fix', but a re-frame, better focus at the point of interest & better-contrasting background might do a lot more. 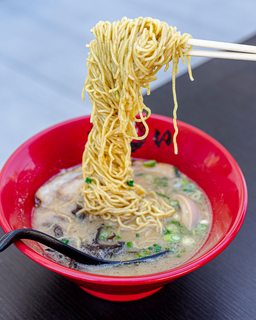 Not the answer you're looking for? Browse other questions tagged photo-editing food-photography or ask your own question.

10
What can I do to improve my composition on rejected food photos?
3
How can I improve the composition of my food photos?
21
What surface to use for food photography?
11
In food photography (using a nifty fifty lens) how can I make my food shot more in focus and not blurry?
4
Does a marketplace exist to offer specific photography jobs?
1
What is the easiest way to take a shot to remove the background?
2
How do I read these two Lightroom histograms?
0
Can vscocam/filters get me “bright, white” fashion photos?
8
How do I get this oversatured-but-not, blown-out-but-not, subtly surreal look?