I'm getting very poor focus particularly at the long end of an 80-320mm tele lens that I am using with my Pentax K10D.

The lens was originally bought for my 35mm Pentax SLR (maybe an MZ5 or something, I don't remember, and it's at teh back of a cupboard these days), and worked very well with the film camera.

Theoretically the lens is compatible with the K10D, though obviously the different sensor sizes mean that it's not a direct 80-320mm equivalent.

The problem has been present since I first bought the camera about 15(?) years ago, but I encountered it a couple of nights ago again and the frustration led me to post this question in case there is a solution.

The photo below shows the issue. 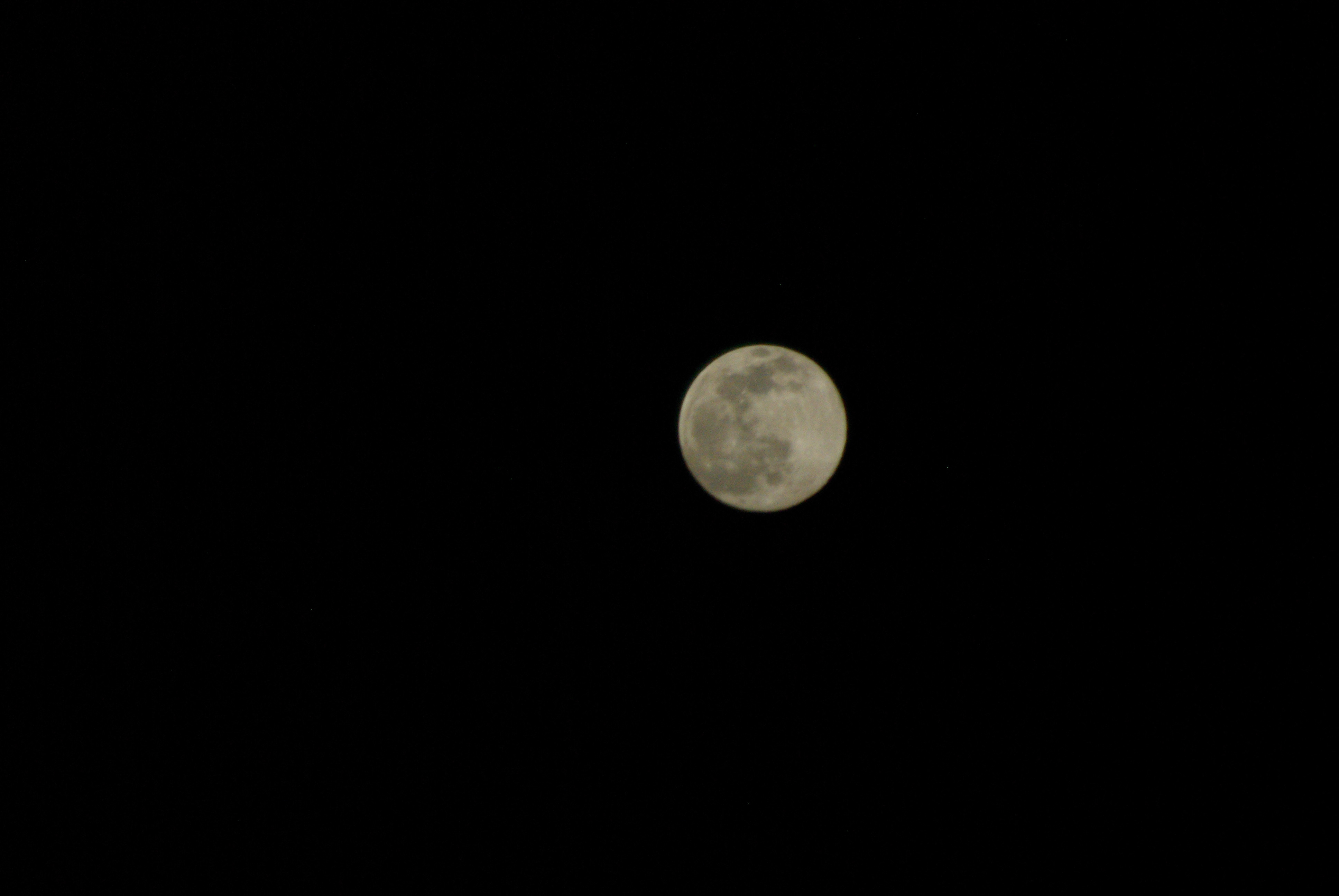 The image was shot at the '320mm' end of the tele lens and the settings are shown below. 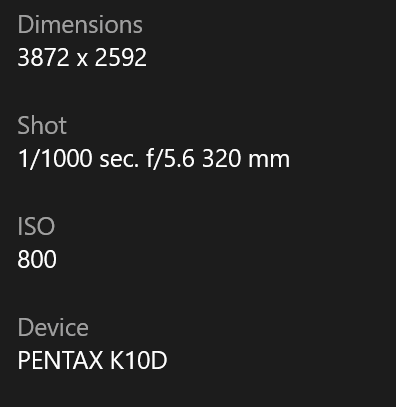 The image is absolutely pin sharp in the veiw finder, but as you can see the resulting photo is blurred. Not only that, but the 'in-focus' beep and dot are on when the image appears to be in focus.

A while after gettng the camera I swapped the focus plate for a 'Katz Eye Optics' split prism partly to see if this led to any improvement and partly because I always loved this type of focus on my dad's old Pentax film cameras. Sadly it made no difference so it seems that the problem was not that the image was out of focus in the VF.

I haven't seen the problem with the 28-80mm lens supplied with the K10D, but I have assumed that that is because it has a max focal length of 80mm and the problem only seems to manifest at the long end of the tele lens.

Is this problem likely to be lens incompatability, an issue that is only noticeable when shooting subjects like this at a distance, or something inherantly wrong in the body (like the AF / back focus issue)?

Edit: I forgot to mention that I also had a Circular Polarizer fitted for this shot as the moon was very very bright that night, but the same blur occurs without when shooting other subjects.

The following is all guesswork, and should be a comment on the question rather than an answer, if it weren't so long.

First off, motion blur could be the reason, but the uniform dizziness around the moon's border suggests to me that it's not the case here.

I do see a little bit of chromatic aberration on the right side of the moon. Are we looking at the full picture here? If the moon was in a corner section of the image, it could suggest that this is normal for an old, cheap lens of this type (although, this is a full-format lens on an APS-C sensor, so it's not that far outside of the center either way).

It could be that the mirror or sensor system is somehow out of alignment, as that would cause the image to be sharp in the view finder but out of focus on the sensor plane. I've had this happen to my K3.

To verify if that's the case, use the camera's Live View and have it focus. Use the widest aperture possible in order to get a small depth of focus. Note the position of the focus ring. Then switch back out of Live View and have it focus again. Compare the results. If you consistently get a different focus positions, or if view finder is out of focus if Live View was in focus, and vice versa, then there's an alignment issue (which is probably not fixable other than using the Camera menu to adjust the AF offset, although that won't fix the issue that the view finder will show the image slightly out of focus then).

If the focus positions are the same, then it's rather likely that your lens is bad, such as having gotten the dreaded lens fungus.

As to the question why it's only visible with the tele lens: I guess it's the smaller depth of focus you get with the long focal length. It could, however, also simply be that the lens is not sharp at the end ranges. I remember having had cheap lenses in the 80s that would be like that, and even today's lenses still suffer from that in the corners, especially the zoom ones. Although that effect is more likely to happen in shorter focal ranges.

Not the answer you're looking for? Browse other questions tagged lens focus manual-focus telephoto pentax or ask your own question.

5
Why are my photos of the moon blurry?
11
How can I achieve more clarity in my photos of the moon?
7
Do cheap filters have an effect on image quality?
9
How do I diagnose the source of focus problem in a camera?
3
What factors affect the detail and clarity of a photo taken by a digital camera?

29
How does one get manual focus right with a fast-aperture lens?
5
Can't auto-focus at full zoom
5
Why am I getting poor AF results with my Pentax K10D?
1
Pentax DA L 55-300mm lens very soft--is it broken?
1
Why does this lens lose focus when you zoom in but not when you zoom out?
0
How do I work around a problem where my lens won't focus on distant objects?
1
Manual focus working in AF Mode with an STM lens - is this intentional?
0
Focus Issues With L-Series Lens
0
Calibrating a lens...is auto focus less reliable when zoomed?
1
Lenses/camera recs for documenting art