Developer has particles floating and testing strength of C-41 kit. Is it still good?

I have a question regarding the usability of C-41 chemicals. I had mixed a batch of Unicolor C-41 development powder kit in distilled water back in late Nov 2019. I had stored the chemicals in a complete;y black bottles with all dirt squeezed out and in refrigerator. So, until February 2020 I had developed 7 or 8 rolls of film (Fuji Superia HQ 200, Xtra 400, Fujicolor 200 & Ultramax 400) in this mix until now.

The developer had turned from light yellowish to pink color now. I guess that from the film dye though I give them a prewash, mainly the fuji films. I tried a film strip test and the results are shown in picture below: 1- Film cut from roll, 2- Dropped in developer, 3- Dropped in Blix. I noticed there are some particles in the developer. Does it mean it's bad? Can I just vacuum filter it to remove the particles and keep using it? My Blix though seems to have no floating particles and is brownish red color. What is the longest duration you guys have used and store a C-41 kit? Oh and one thing I noticed is with a 4 piece of strip was that after dropping in developer for 4 mins and then in blix for 6.5 mins the film turned out green. I assume this is because the strip got exposed to light completely?

Since C-41 kits have started becoming pricey don't just want to throw it away if it's good. I might use this batch of chemicals only for non-important rolls since I wouldn't need to worry a lot in case something goes seriously wrong. What do you guys think? BTW can the exhausted chemicals be discarded down the drain or they require special handling? 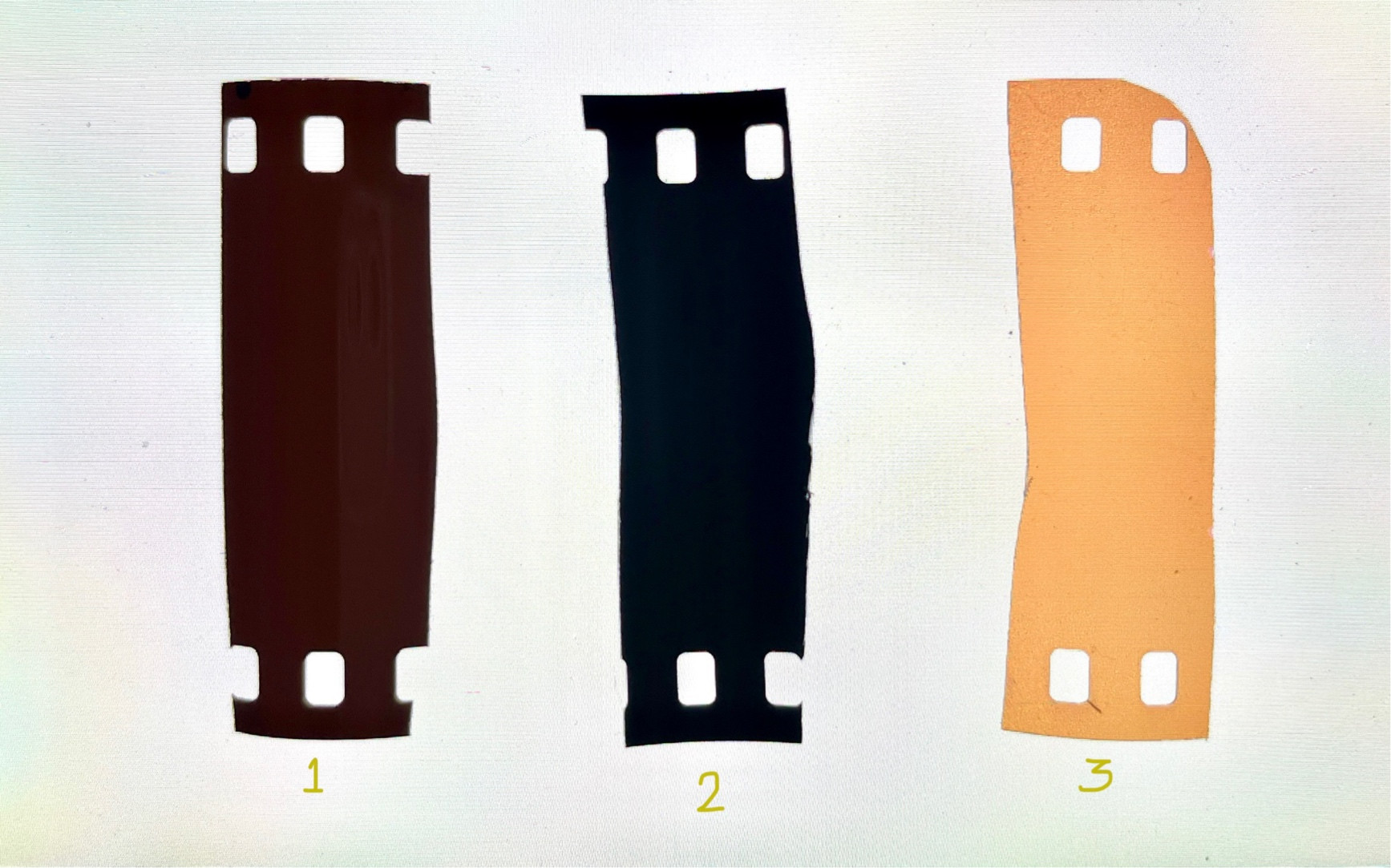 Your test strip should develop to fairly dense black, and that's because it was exposed to light. Something other than that probably indicates an issue with the developer. Time wise you are probably beyond recommended, but normally the first signs of the developer failing is weaker colors and requiring longer development times... i.e. it's gradual and can be compensated for to an extent. If it is failing due to oxidization it would turn dark brown-black in color. It should be fine to filter the particles from the developer.

You generally should not put darkroom chemicals down the drain. It's probably best to contact your local hazardous material facility (here the city waste facility will accept from individuals) and see what they say about the specific chemicals.

I think you are pushing your luck, but people have pushed longer/farther and have been happy with their results (like 3-4x the recommended time/rolls).

Update: the test strip looks good to me... the developer is certainly working, and if you didn't extend the time then it appears to be working well.

Not the answer you're looking for? Browse other questions tagged darkroom developer or ask your own question.