Why doesn't my pinhole image cover the film?

I am not sure why this image here resulted in a tiny circle on the 120 film. Why is it not covering more of the negative?

I thought the image would cover more of the negative... The light leaks don't concern me, those are easy enough to fix. 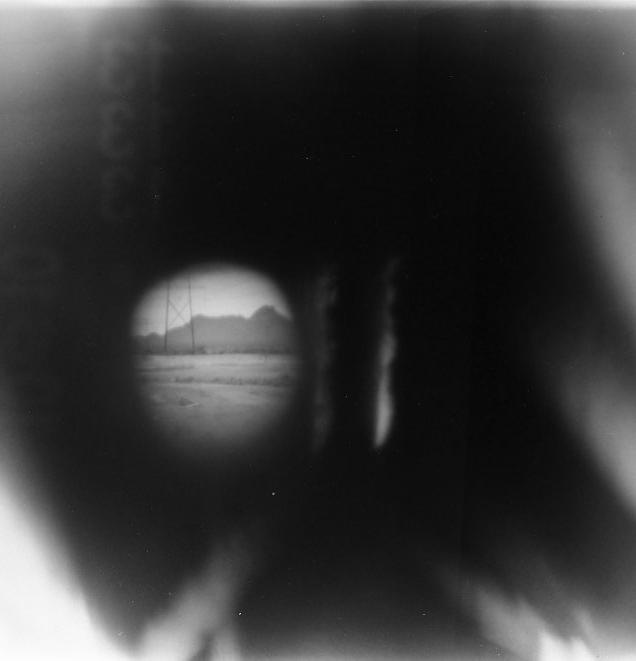 And here is the back or inside of the 'camera' 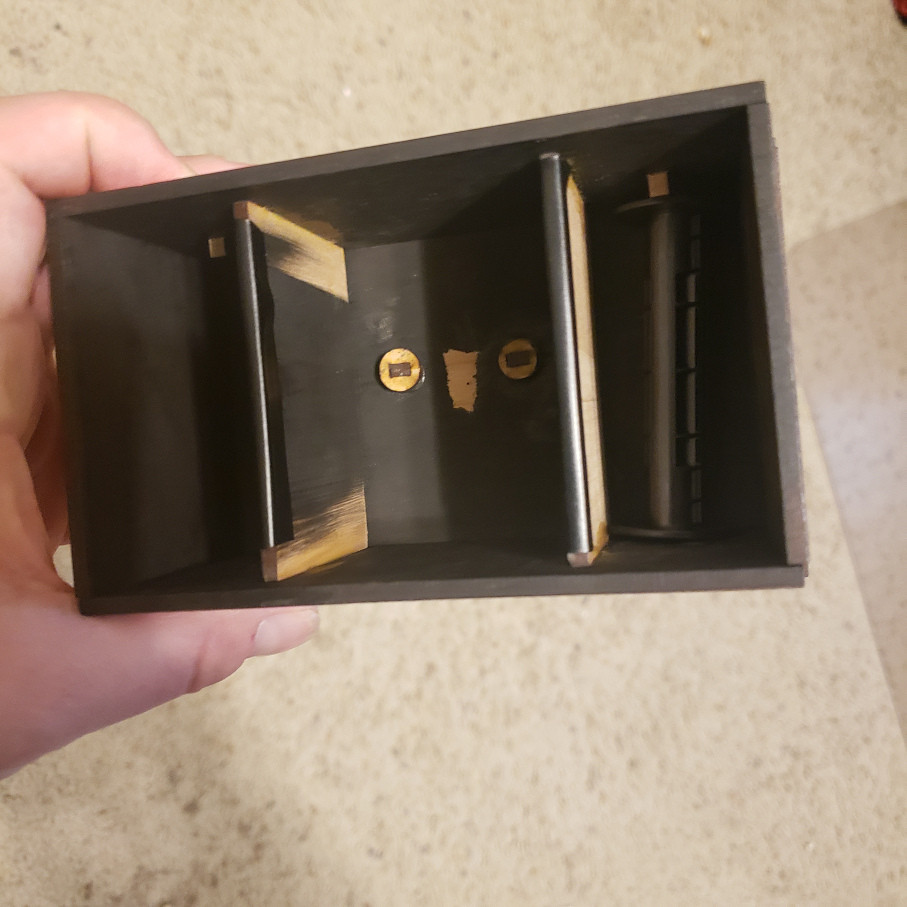 I am guessing the film negative is too far from the hole maybe?

I base this in part on the shape of the vignette -- if it were an exposure related vignette (as can happen if you don't account for the change in distance to center of the film vs. corners of the frame), it would be perfectly circular and the drop-off would be very gradual. In your case, the vignette has a distinctly non-circular shape and a moderately sharp edge.

Try opening your shutter and looking through the pinhole (at a bright background) from the corners of the film frame -- I think you'll find the light will be blocked. The solution to this is to bevel the hole in the front panel where the pinhole is mounted, so the hole doesn't block the light to the frame's corners.

From comments, I understand the pinhole here is just a tiny hole in the wood front panel of the camera. This would be improved by being drilled out to a diameter at least as large as the thickness of the wood, and mounting a piece of aluminum or brass on the back with the pinhole (0.1 to 0.5 mm diameter, depending on various factors) drilled in it.

What you have clearly forms an image, but it vignettes itself.

Even though this has been answered, I wanted to visualize this interesting problem. If we assume light travels in straight lines, then the wall thickness and hole diameter both matter.

In these diagrams, the blue lines are the light rays travelling through. The yellow lines are also light rays, but they are not perfectly crossed at the center, so they add blurriness (which may be desirable up to a point).

Ideally, you'll have a small pinhole in a thin wall. This allows the light to cover the film with minimal light interference. 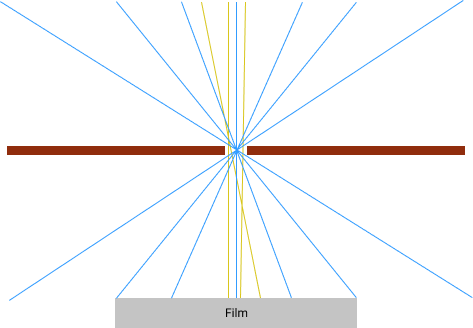 If the wall is too thick, the light doesn't reach the edges of the film, which is what you were seeing. 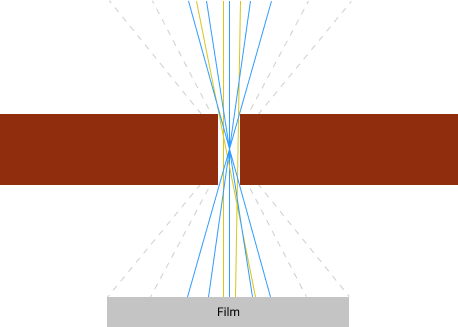 Making the hole bigger, as one person suggested, will allow the image to cover the whole film, but it adds more blurriness. If you make the hole too big, it's no longer a "pinhole". Too big, and you just get white. 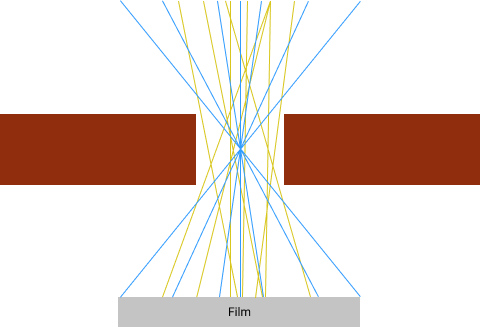 And finally, here's how beveling or countersinking can help with a thick wall. 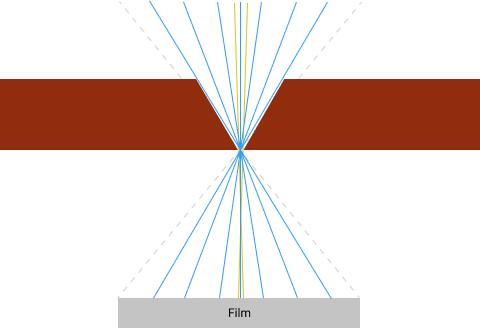 You probably do want some vignetting, so you'll want to calculate how far to place the film from the pinhole, using diagrams like these. Good luck!

Regardless of the distance from the hole to the film, your camera has a maximum field of view of ~8 degrees. This is because no light ray that is off-axis by more than ~4 degrees can make it through a hole that is 3.5 mm long (thickness of the wood) and 0.24 mm in diameter. For light from larger angles, the wood shadows the back of the hole.

As timvrhn has commented, the problem is the material the pinhole is in is too thick. Try making a larger hole in the wood with a holder for a piece of metal that has the pinhole. Some people have successfully made pinholes from aluminum cans.

You want a very thin material, such as aluminium sheet/foil. It seems you have used wood which is generally a lot thicker.

So based on the comments here it looks like one possible solution was to fix how the 'lens' was. Pictured is the old lens and the new lens as a piece of foil, .3mm hole and then tapped to the inside where the old lens was. 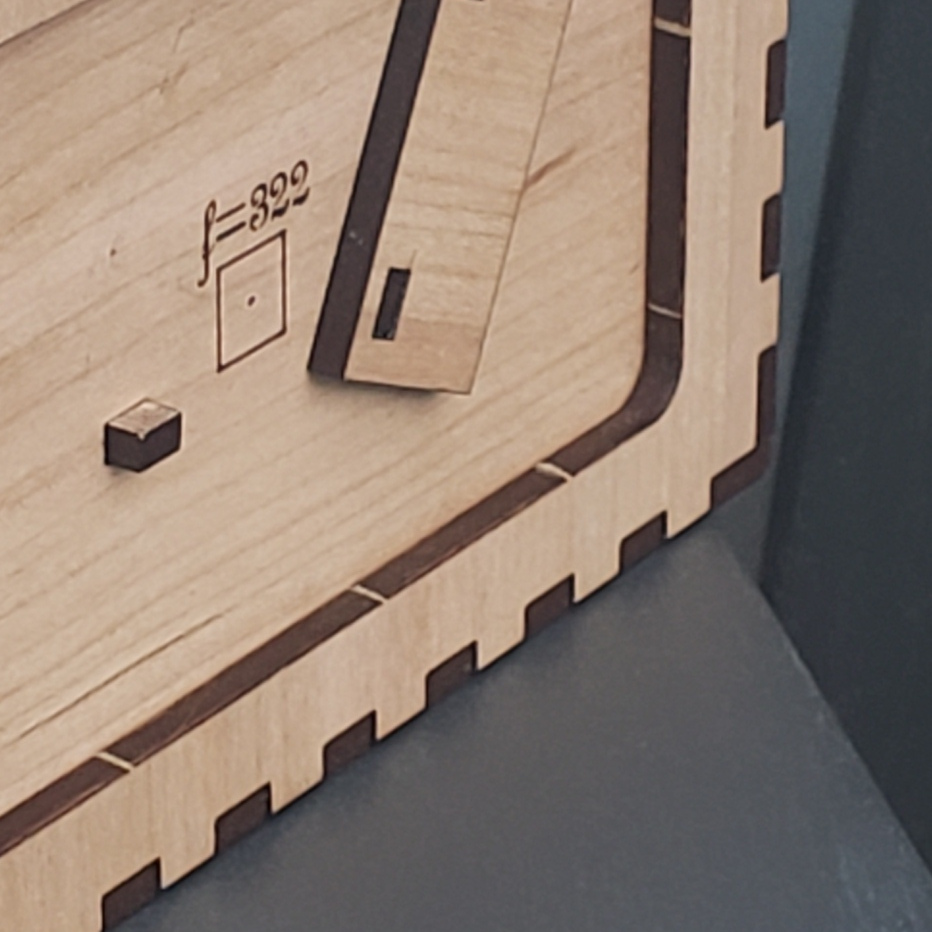 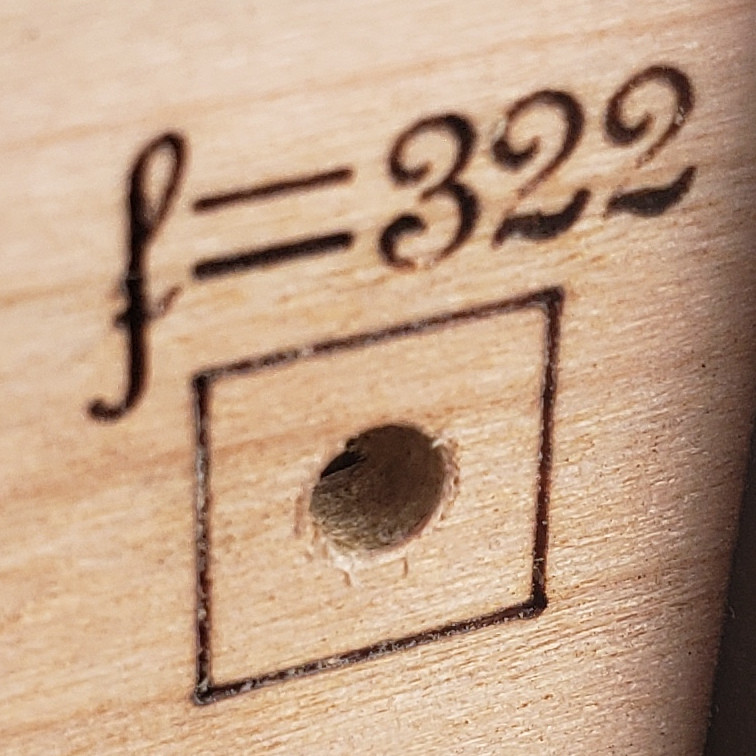 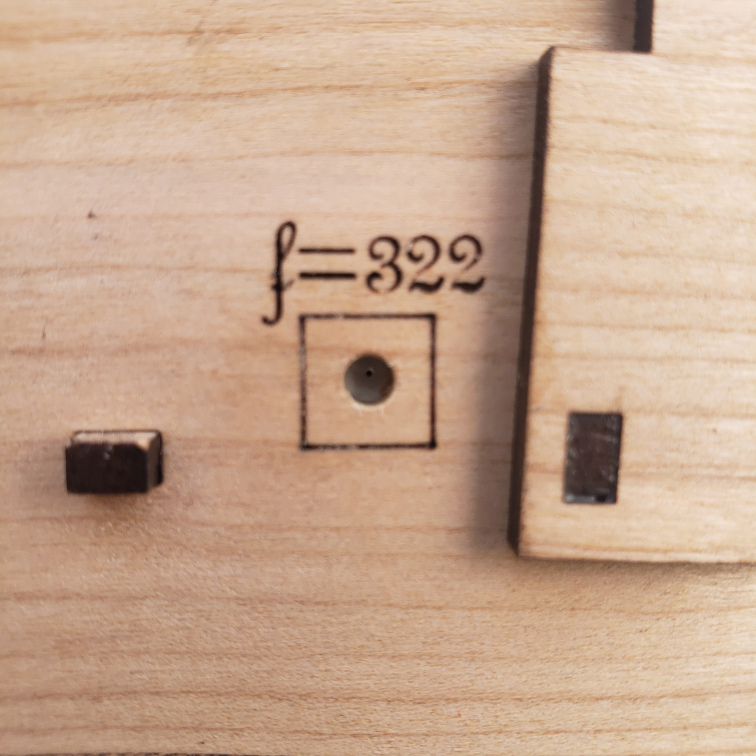 Edit: Based on comments, I did this and hoping it was a correct move? (lens not there)

So again based on suggestions, I am wondering if this is what was meant by a counter sink bevel? 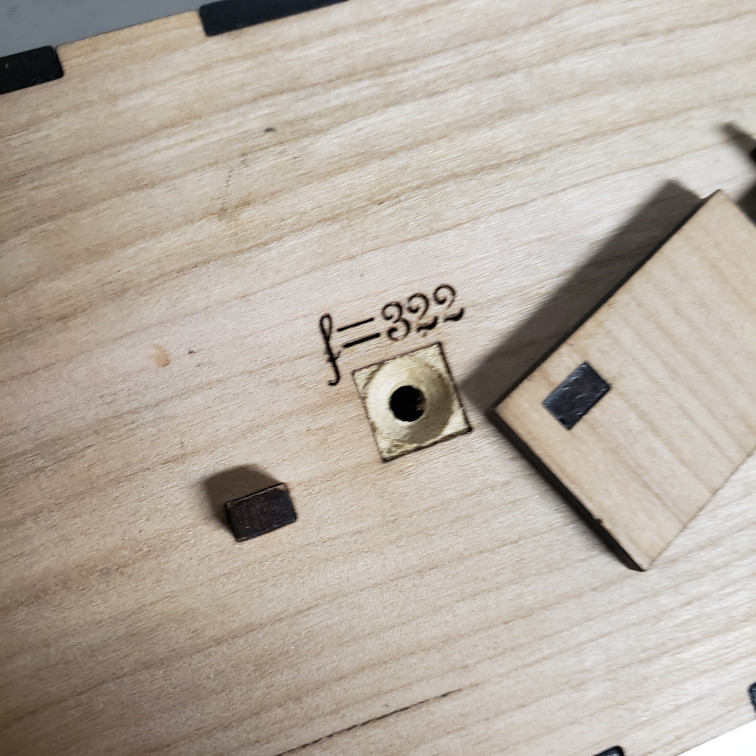 I just wanted to add one simple way to check for such problems:

Look from behind the opened camera into the pinhole, with a bright background in front of the camera. Then turn the camera, so that you finally look along the corner of the film area.

While turning, did the pinhole keep visible with more or less the same brightness? If not, you have a vignetting problem.

As the other answers already said, the solution is to have the pinhole being a hole in a really thin material (thickness ideally clearly smaller than hole diameter).

By the way, a similar method can be used to estimate the vignetting effect of e.g. lens hoods on glass lenses. If you can see the hood from behind the film plane, it amounts to vignetting.

Not the answer you're looking for? Browse other questions tagged troubleshooting pinhole-cameras or ask your own question.