Why is my film coming out so dark?

A roll of film has come out very dark, almost a purple tint.

How do I correct this for the future? 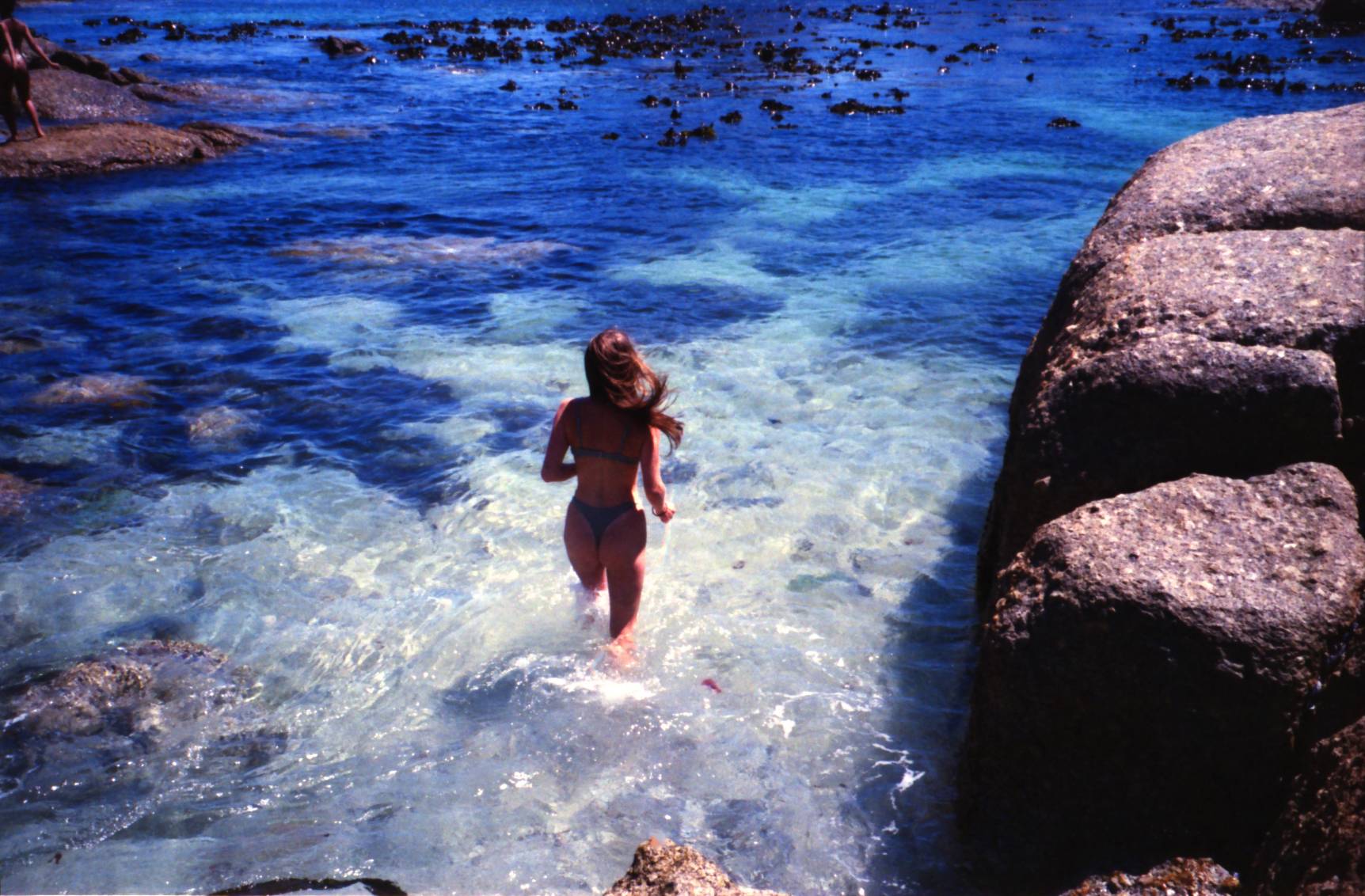 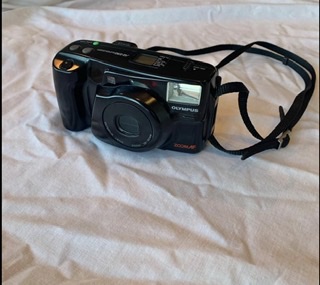 There is no purple tint in this image that I can see. That may mean that the monitor I'm viewing it on simply doesn't show it, or it may mean that it's not there. (I'm not using a calibrated monitor, at the moment.)

What I can see is that A) the surf foam is white, not blue or purple, B) the skin tones are dark, but correct, C) the seaweed is black, not grey, and D) the rocks on the right do have a purplish tinge. My conclusion is that this is a good exposure. The dynamic range (the contrast between the lightest and darkest parts of the image) is extremely wide due to it being a very bright sunny day, so the purest whites may be slightly 'blown out' (or lacking in detail) and the darkest black may be 'blocked up' (also lacking in detail). Welcome to film photography!

Because the detail losses are quite evenly divided between light and dark, this counts as a good exposure. It could certainly be improved a bit in a photo editing program but, with film, once detail is lost it's gone for good. In this case, the camera correctly decided that the whites and blacks were equally important, so it chose a middle balance, losing some at each end, rather than all of one end of the spectrum.

How do you avoid this in the future? Shoot when it's not so bright. There's a reason why we try to shoot around dawn and dusk. That dynamic range we're trying to capture (black-to-white) is like a piece of lumber we're trying to get home. If it's too wide, it's just not going to fit in the car/camera. With lumber, you can put it on the roof or let it stick out the window. With light, either it's in the camera or you'll never see it again.

You might also try a different film, since they do produce (slightly) different results, but it seems you're already using negative film (not slide film), which is the dynamic range champion. I wouldn't expect miracles. But, fresher, higher quality film is likely to produce better results in all cases than older, cheaper film. Also, really old film will produce odd color tints. I'm not seeing evidence of that here, but that's why film has an expiration date.

The other way to control light is by using filters, but with action photography that's pretty impractical. For the image shown, you'd need to use a split ND filter attached at about a 45 degree angle, but the necessary angle would change as the subject moved. So, not a high-percentage shot.

It appears you are simply under exposed a bit.

If you load your photo into a histogram program such as https://pinetools.com/image-histogram [Or in an image editor] and look at the individual channels you will see that the red and green channels are far over to the left side, while the blue channel has an arc that spans the whole width.

If this is the root of the problem then it is caused by your light meter assuming it is being pointed at something that is 'middle grey', but you're pointing it at something much brighter and not telling the camera to do any compensation.

You will need to look up the exposure compensation controls for your model of camera, and learn to apply them to help your meter make sense of what you're pointing it at when working in scenes outside a 'normal' lighting range.

This actually is a case for a UV filter, something you need not bother about with a digital camera. Sunny outdoor scenes, particularly when including water reflection and shades illuminated by skylight (which is quite UV-heavier than direct sun) have a lot of additional UV light which does affect film, tends to focus differently than visible light and washes out color and contrast and messes with color reproduction.

A polariser also tends to block UV light and tends to work nicely in such scenes, but that's more a creative than a corrective measure.

13
How to take pictures in a dark room?
0
Canon G12 vs G7 in dark
0
Why are all my smartphone photos coming out near-white?
4
Why are my NEF photos unusually dark in RawTherapee?
3
How do I take indoor photographs in dark lit rooms?
0
How do you focus a Fujinon 23mm 1.4 in the dark?
5
How do I reproduce this dark background on this photo?
4
Light source giving wrong color
2
Why has my processed film come out in cold colours/blue?