I was doing some testing to see how smooth the bokeh would be with my lens and subjects at different distances when I noticed something weird (to me). Basically by only changing the focus point in the frame is possible to see an element that was hidden with the focus point in another point of the frame.
My question: how does this happen?
Am a beginner, trying to learn. Am familiar with how aperture and focal length affect the focal plane, how a subject very close to the lens is going to make a softer background and how to play with focal length, aperture, shutter speed, ISO.
But have no clue why this is happening.

Here is the setup for the three pictures: 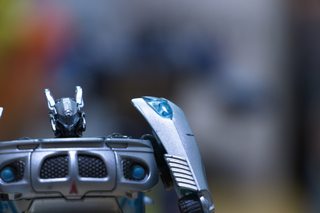 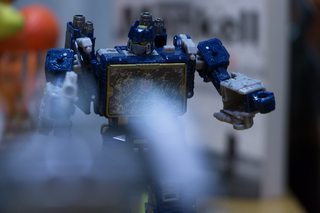 C (left) photo: Book with man on cover. Focus on man. Distance from lens to man on cover 137cm.
D (right) photo is a merge I did of A and C, showing how the bowl was hidden behind Jazz in A. 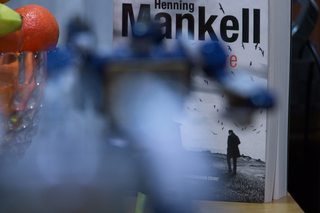 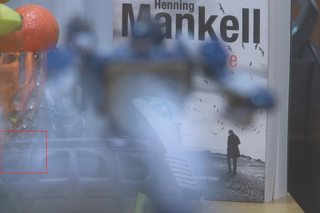 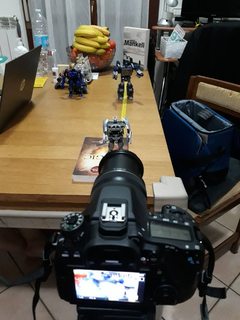 Notice I did not do any cropping or other editing for A, B, C.
All settings and camera position are kept the same in A, B, C. Only the point of focus changes.

Note that the same thing is occurring along the left arm as well (e.g. the text "scandinavian").

The first thing to understand is that; at every point on the objective lens there is a complete image of the scene, as seen from that point. And aperture (objective area recorded) is essentially the stacking of those multiple images at the image plain. That's how you can have a 300mm f/5.6 lens and a 300mm f/2 lens which both record the same field of view... the f/2 lens just has a much larger objective element (max entrance pupil) which can collect many more images (more light).

In this case it is primarily due to the very short distance to a small subject; and it's not much different from holding your finger up to determine if you are right-eye or left-eye dominant. I.e. the right edge of the lens can see around the left arm of the near subject; whichever image distance is focused will be primary and the others will be blurred/ghosted to some degree (i.e. transparent).

The three points on the lens in the first drawing represent three of the images available from the objective lens, w/ the blue subject in focus and dominating (farther points front focused/blurred). In the second image the far subject is in focus/dominating and the front subject is significantly backfocused/blurred. 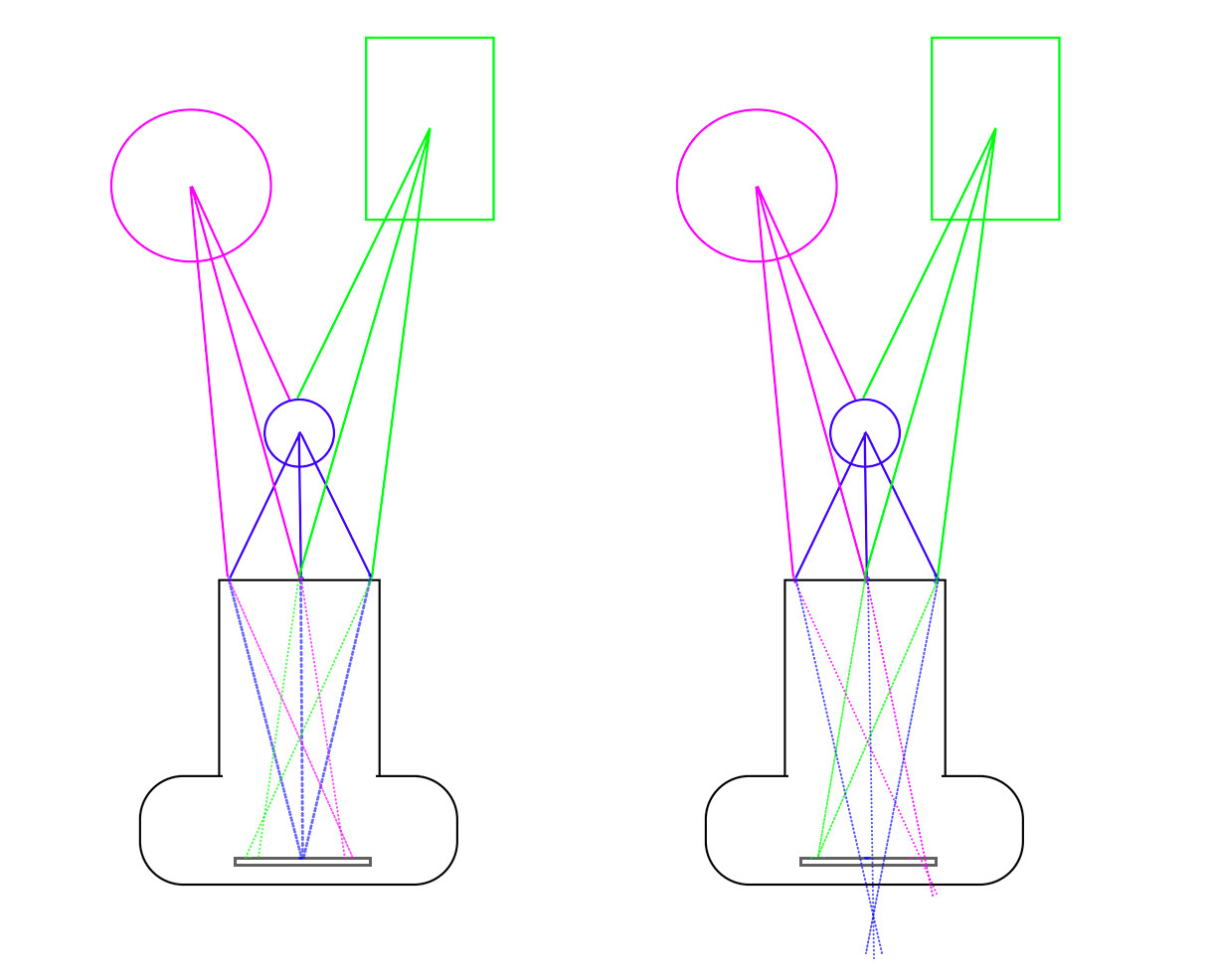 Well, bokeh (the blur) is the result of the camera looking effectively from everywhere in a disk-shaped area (the "entrance pupil" of apparent diameter f/a where f is the focal length and a the aperture number) at your subject, and all points arriving from a single point in the focusing plane, no matter where they arrive on the entrance pupil, will be collected to a single point on the image sensor.

But that means that in the case of defocusing, the entrance pupil may have some points from where some object points hidden behind an in-focus subject can be seen while from some other points they may be invisible and vice versa.

This "looking around/through objects" feature is obviously something that computationally generated blurring (like smartphones tend to provide for portraits) cannot do since there is no similarly large optically active entrance pupil that would provide a spread-out range of perspectives.

You can try imitating that effect by cutting a hole of appropriate size into cardboard and trying to spot what is behind some subject when the cardboard is fixed into place. The size of the hole will constrain how much chance you have to spot something that is not visible while peeping exactly through the middle of the hole.

In short: no surprise here. That is how the blurring of out-of-focus areas actually works.

Not the answer you're looking for? Browse other questions tagged focus-point-selection or ask your own question.

2
Is there a secret way to make the Fujifilm X-Pro 1's autofocus point selection faster?
2
Aperture priority mode in high speed lens while photographing more than one person
1
Learning from one's blurred photos: where was the focus point set?
1
How to shoot/capture the droplets of water being sprayed through a spray bottle
4
Nikon D3300 - Trouble Focusing on Birds both Stationary & Moving
9
How do I take a sharp picture of a large crowd of faces?
2
How can I effectively use the focus points (of Canon DSLR), to get accurate focus on a small subject?
5
Focus point causing unsharp images?
2
How to identify main subject of the photo and set focus?
1
What could cause the focus to be off in some images and not others?