Does a green screen have to be green and, if so, what shade?

I have a photogenic small dog and often use her for greeting cards and so on. It would be nice to choose different backgrounds according to the season etc.

At the moment, my equipment is primitive, literally a Huawei P-Smart mobile phone. Max resolution [4:3] 13 MP. I'm considering something better, especially if it will do double duty as a webcam.

I am quite skilled with editing in Microsoft Paint (don't laugh !!!) and have made some pretty good cards but finding the edges of a hairy dog isn't easy by hand.

It would make my pictures editing a lot easier if I could photo my dog and other subjects against a green-screen background and use better software to edit them into background scenes.

Does the screen have to be green? Why? Wouldn't any neutral, even background such as blanket do? What is the science?

If I decide to dye a bed sheet, is there any special shade of green that I should use? If so, what is special about that shade?

I live in a smallish flat and my dog is small so I don't need or want anything large in the way of a screen let alone a studio.

I realise now that it would have been useful to post a picture. I cut around the edges of the blanket in Paint and then pasted onto a stock background. 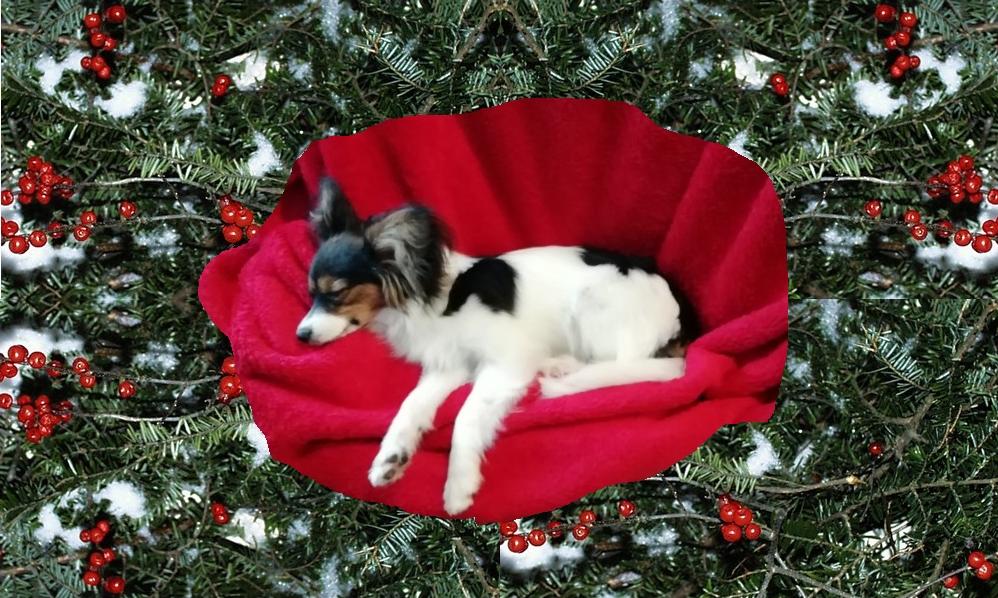 Greenscreen is technically a specific green (it registers on a display as being entirely 'green gun' nothing else - however most green screen software is pretty flexible on that, so in practice, anywhere close will do.

Bluescreen is an alternative, used predominantly in the movie industry, though I don't know why. they will use bluescreen to mask off an entire area behind buildings etc to map in landscape in CGI, but then will use green if they need to mask a character, for eg a missing arm etc.

As mentioned in comments & other answers it doesn't have to be green or blue, these are just far enough away from most other natural colours as to be easier to pick out by the software.

You can buy dedicated greenscreen in a non-woven paper-like form for a few $£€ on eBay, which is probably worth a look.

Your backdrop needs to be fully illuminated, separately from your subject.
With either green or blue there can be an issue with reflected light casting onto your subject. In an ideal world, your subject shouldn't be near enough the backdrop for this to be a major issue. In a living room with a small dog that's going to have to stand right on it, this is likely going to be a problem.

Good greenscreen software can eliminate this to quite a large extent, but the 'good stuff' isn't cheap. The likes of PhotoKey Pro though I expect newer AI-based structures will overtake this in the not too distant future. This is going to be a space to watch. A lot of the effort in this direction is being done on the moving image, with stills taking a bit of a back seat at the moment, but it will come in the not-too-distant future. The new Photoshop 2021 apparently has something along these lines, but I've not made the jump yet. I like to give them 6 months for things to settle down.

The only real way to do this used to be with a lot of care & attention in Photoshop, but in the past few years I've just left that behind as it's become too tedious compared to dedicated software.

There are some online (pay per image) sites that can even extract a subject with surprising accuracy even if it wasn't shot against a plain background.
Search "extract object from image online" to find a whole bunch of these. They usually do low-rez freebies or a few full-quality as a trial before taking your money. You might even find them good enough to pay rather than do it manually. Your call. I've tried a couple of them on just phone photos & they are surprisingly good.

No, it doesn't have to be green. You can use any color that makes this easy to do. You probably don't want to use a neutral color, but rather something that contrasts pretty strongly with your dog.

The technique you're referring to is called chroma key. In order to make it easy to select only the background for removal, you want the background to be any color that's very dissimilar to any color in your subject. So if your dog is grey, any bright color should do. If your dog is brown, probably stay away from reds. Bright obnoxious green is used a lot traditionally because most clothing doesn't contain this color, especially on newscasters, where the technique is used extensively. For example, when the meteorologist stands in front of a map with the weather on it.

6
What is the best way to photograph an object when the background has to be replaced in post?
3
What are some of the use cases for using green and black Chroma keys?
4
What is the importance of background color when removing the background?
2
Best colour to chroma key in natural lighting

11
How do I best take pictures against "green screen" background?
2
What would cause a green color shift in the same photo between my Mac and my iPhone?
4
What caused the sky to turn green in this photo?
0
Is it ok to shoot plants with a green screen for chroma key?
0
Does the d7000 have a problem with green tones?
25
How to make sky more green grey and skin more golden?
2
What does the Gamma histogram represents?
1
Does Darktable editor have vintage film filters?