Why is there a strange tint and grain in my film photos?

I'm a complete newbie to photography, and I started out on an old Nikon FM10 that runs on film.

I got back my first roll after development and most of them are either over or under exposed. Two of the pictures are given below, and I can't wrap my head around what is wrong with them.

They look really old and have a weird tint and grain to it.

Can you take a look at these photos and tell me where I'm going wrong so I don't repeat the same mistake in the future?

A modern film printer is able to custom adjust the light source and exposure time used for each film frame. This is accomplished by analyzing each frame. In other words, the printer measures the negative to be printed and attempts to adjusts the exposure making corrections. The corrections we are talking about is camera exposure errors such as over or under-exposure. Additionally, the color hue of each negative is examined and the exposing light is modified to enhance the exposure so that color balance errors are countered.

These exposure time and lamphouse color has be refined over the last 50 years. However, this system has lots of room for improvement. In other words, the machine’s logic can fail. Mostly it is machine operator error. It takes copious daily tests and adjustments to keep these machines at optimum. Color film volume has now decreased, we are reaching the end of the photofinishing business. Operator training is lax. Don’t fret your off-color pictures. You were born too late to expect optimum results from photofinishers.

As a followup to MaxW's answer.

We tend to want to think that there is such a thing as an unmodified picture. There really is no such thing, either film or digital.

The end result is your print. (Ignoring all the digital process to get it here.)

Shooting digital has very similar concepts, there is no such thing as an unmodified image. If the goal is to accurately represent reality, the modifications attempt to produce something your eye considers a close match to what you saw. On the other hand if the goal is to produce a desirable picture, your options are even greater in the digital world.

As a quick example, I took your second image, shifted the color a bit, and compressed the extremes. 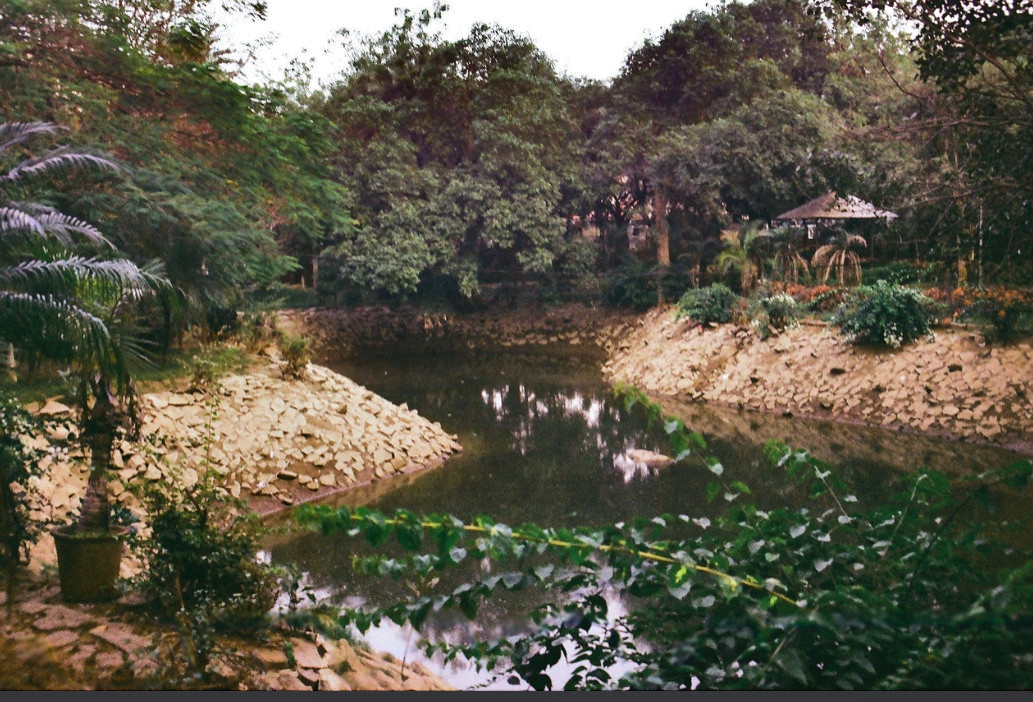 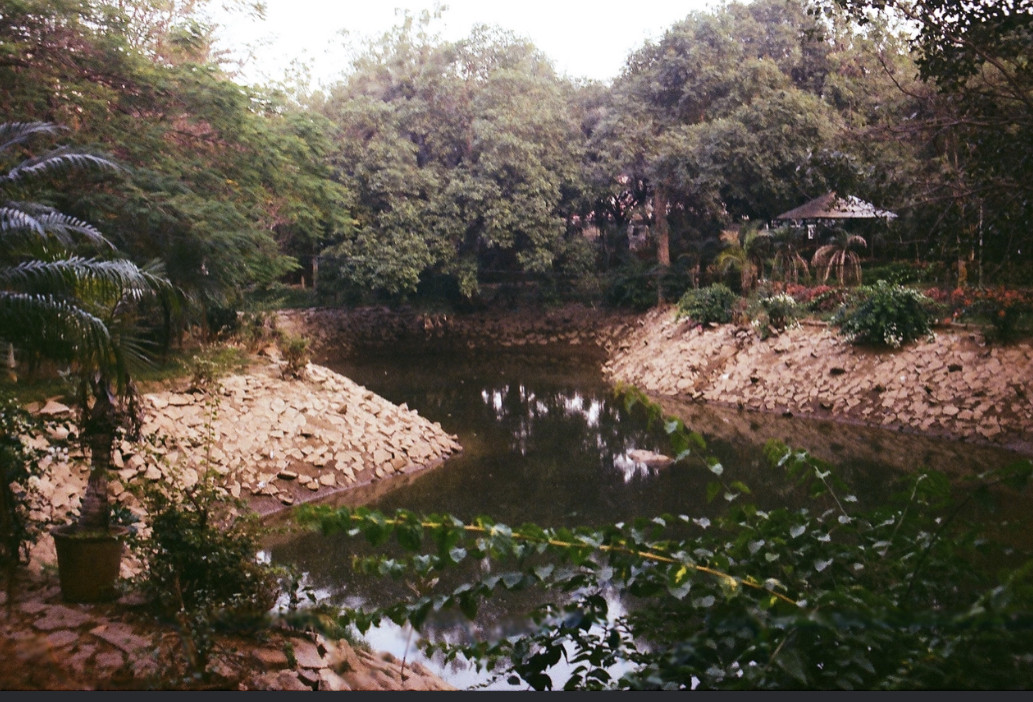 I have no idea as to reality?

I really agree with AlaskaMan but I'll assume that you're using a daylight film.

I know it isn't the question that you asked, but in this day and age I wonder why you don't invest in a digital camera. The cost of film, developing, and printing quickly add up. Also a digital camera would allow the use of various photo shopping techniques to enhance pictures. (I will acknowledge that digital media adds some complexity in that how pictures look on a monitor and how they print introduces the need for another level of calibration...)

The first pic is fine but overexposed by a stop or two. The second pic was shot into the sun in harsh light. Flare, ghosting, chroma aberrations, lack of contrast, etc. will happen when you shoot into the sun with film or digital. Film doesn't average out expsoure and grain like digital does. Film reacts variably and independently across the frame.

Not the answer you're looking for? Browse other questions tagged film film-grain tint or ask your own question.

7
With which film camera should I start?

38
What is the difference between digital high ISO noise and film grain?
7
Is this blue tint because of the film or the process?
4
What caused excessively high grain in Delta ISO 400 film developed by a shop?
3
How far can you push process an accidentally under-exposed film?
5
Film grain in negative film: is it equally distributed or in relation to brightness?
4
Weird artifacts when using Tmax 100 for black-and-white reversal processing
1
Why does grain increase acutance?
4
Developed 35mm Film Green Tinted instead of Orange
3
Mirror occasionally sticks up
1
Did i accidentally rewind my film?