Are polarizers effective against reflections from glass?

I have seen this question asked here

How do I get rid of reflections on vertical glass fronts?

I wonder if the same polarizer filters we use for making the underwater look clear instead of the sky reflections blurring the water can be used for that situation.

So is it possible to get rid of these glass reflections by using polarizers? Is there a difference between regular polarizers that if what i heard is correct change the picture as you tilt the camera (just like how twisting polarized sunglasses makes the digital displays go black) and the circular polarizers when it comes to this?

You can suppress reflections on glass fronts pretty well if they result in polarised light. That tends to be the case completely when the reflection on the glass surface occurs at "Brewster's angle", an oblique angle. So roughly speaking you need to shoot "half sideways" at the glass reflection for best effect.

Polarisers can be rotated. It's worth pointing out that you can also use them for increasing the visibility of reflections by rotating them such that the polarised reflection passes through the filter completely while non-polarised light gets reduced by half in comparison.

Yes. Here's an example image with very similar conditions to the post you linked to. In this case they are using a circular polarizing filter: 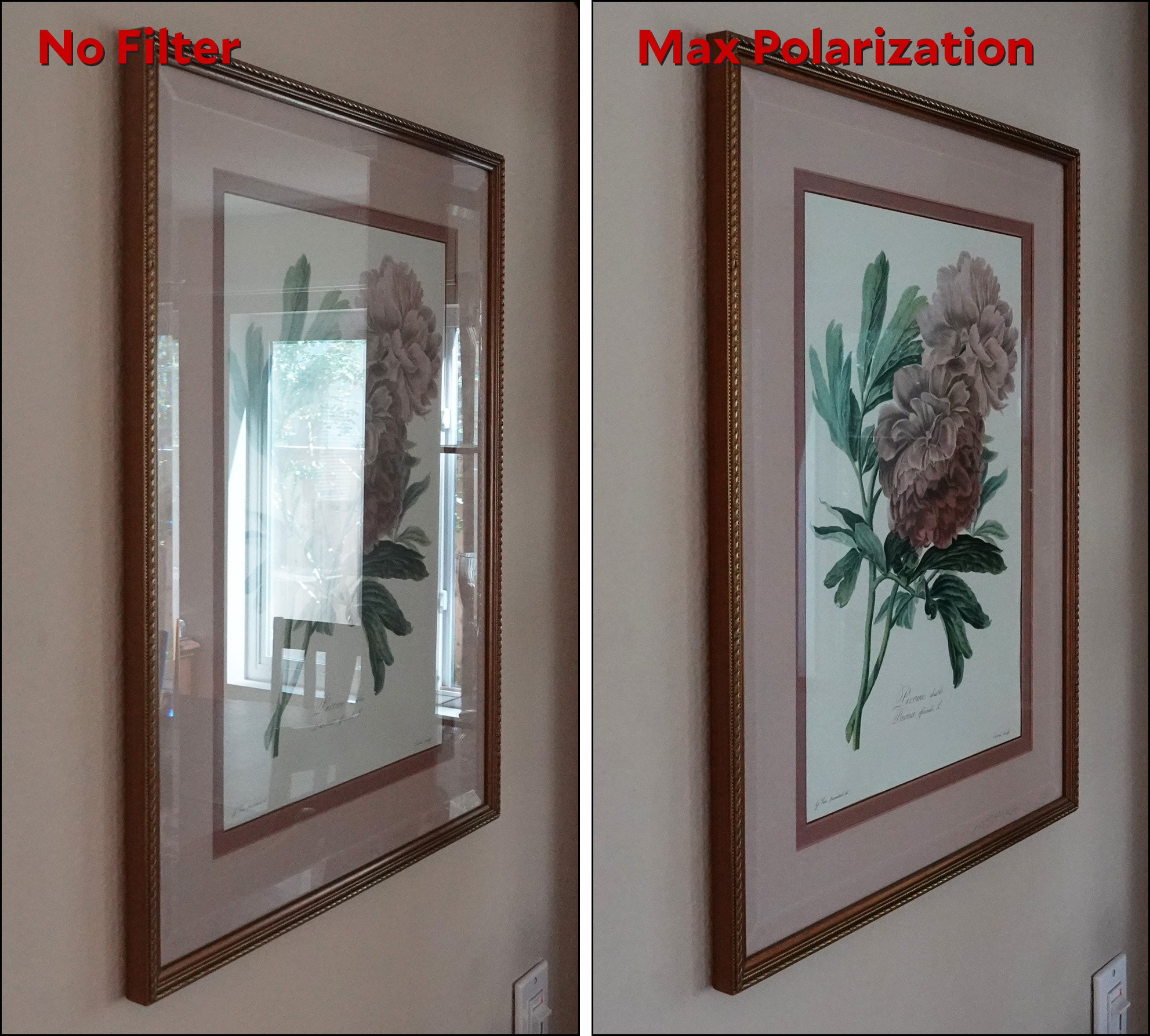 Shown in The Mighty Circular Polarizing Filter Explained in Pictures which also explains the theory behind polarizing filters.

Light travels following a wavelike path. Water waves on a pond travel in a similar manor however, water waves undulate up/down whereas light waves freely vibrate in every possible plane. Such light wave behavior is said to be un-polarized. When light waves are reflected from some surfaces, they often become polarized. Polarized light wave vibrate however the direction of their undulation is altered.

Light reflected from non-conductive surfaces such as glass undulate mainly in one plane. When first studied, scientist falsely concluded that light waves must have a north and south pole, like a magnet. While false, the term polarized and un-polarized stuck. When light rays are reflected from the polished surface of glass windows and showcases, it will likely be polarized. Polarizing filters pass light waves that vibrate in a single plane and block light waves that vibrate in opposing planes. Consider a jump rope passed through a fence with a missing picket. The jump rope when plucked only vibrate up/down and not side-to-side.

This being the case, when photographing objects behind glass, we can mitigate impairing reflections by mounting a polarizing filter and rotating it so that annoying reflections are rejected.

Not the answer you're looking for? Browse other questions tagged filters polarizer reflection or ask your own question.

7
How to digitally remove reflections on vertical glass fronts?