DSLR in sand and salt water

Doing a stop-motion by the sea, the Nikon D5200 camera and tripod got overrun by a wave and submerged in salt water, and then on sand. From reading this forum thread, this one, and watching this video, I am doing the following:

Does this seem appropriate, or would another course of action offer better chances?

Update: The camera is not marketed as waterproof nor splashproof.

Salt water is the most corrosive thing you can do to the electronics inside a DSLR that doesn't involve a vat of strong acid.

Roger Cicala, the founder of lensrentals.com, has posted at least two blog entries regarding teardowns he did of rental cameras returned after having been exposed to salt water without having actually been submerged in it.

According to Roger¹, saltwater damage is more devastating to cameras and their internals than just about anything the gear his company rents encounters on a regular basis. He covers it in depth in this blog entry, but he has also mentioned it in many others.

The results were not pretty.

This is a portion of the main PC board of a $10K Fuji Medium Format GFX100: 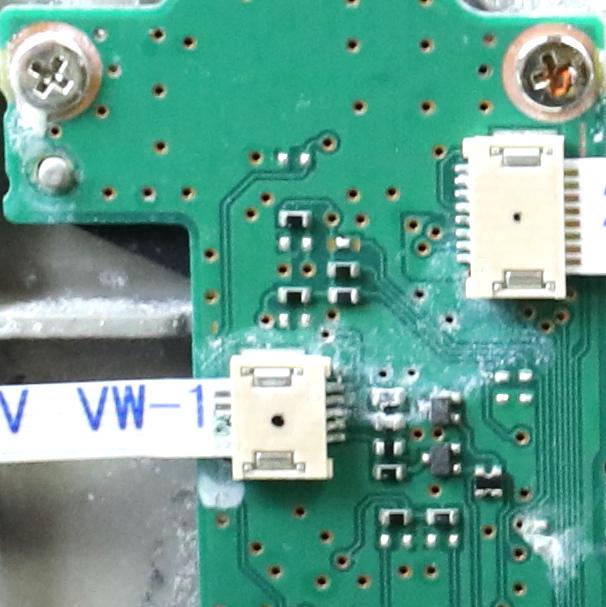 Here's another part of the same camera: 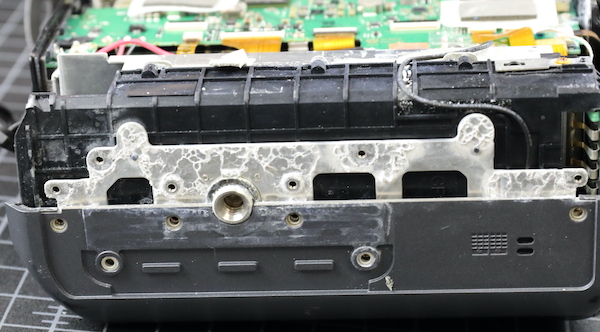 This is part of a Sony α7S II: 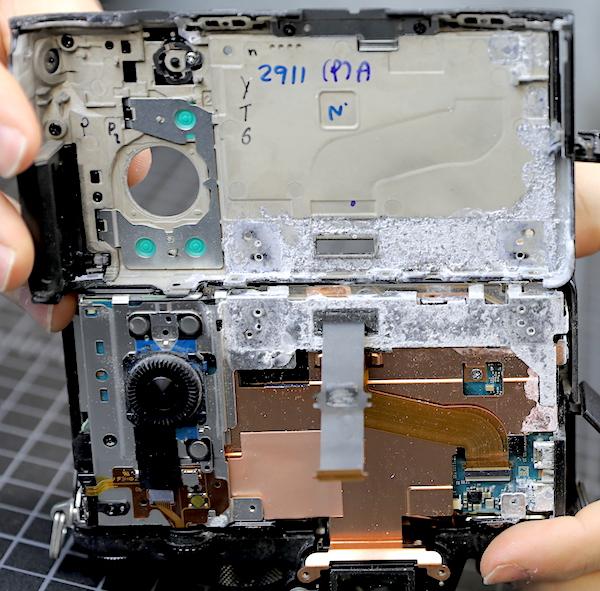 At Roger's company, they don't even part out unrepairable cameras with salt water damage due to the concern that there may hidden corrosion in those parts. Normally, those guys part out just about everything - even some full frame cameras with a single scratch on the sensor get parted out to repair other cameras in their vast inventory:

Lensrentals insider joke: What do you call a D800 with a scratched sensor?
Parts.
Because at $1,800 for a sensor replacement . . .

But in the case of salt water damage:

But the amount of salt and corrosion here and on the bottom means we wouldn’t trust anything in this camera, ever again. It can’t even be a parts donor — the chance that those parts will eventually corrode and fail is too high. That’s why many service centers won’t repair water damaged cameras; they have to give a warranty after the repair and chances are very high something they didn’t replace is going to fail during the warranty period.

¹ Probably no one in the world oversees a larger inventory of cameras and lenses that are used to take photos, rather than being stored in a warehouse as inventory to be sold, than they do.

You've got the right approach, but given that the electronics were powered up when the camera took it's swim in the sea, I think it's quite unlikely you'll restore function. Probably the best you can hope for, if the camera was wet inside, is to recover the images from the memory card.

Not the answer you're looking for? Browse other questions tagged dslr equipment-damage sand or ask your own question.

2
Can I do anything about a Nikon d750 taking 5 minutes to power on after taking saltwater damage?
2
What could cause exposure problems after my camera got wet?

12
How should a DSLR camera, lens, and battery be stored?
2
How to remove sand from the lens cap?
0
Water-damaged Canon EOS 550 giving Err 70
3
Shooting at the beach: Options for protection?
0
How best to repair water damage
9
Just Add Sand: What kind of sand should I fill my sandbags with, and where can I find some for cheap?
3
Is it safe to test a (possibly) salt-water damaged lens (Tokina 11-16mm) on a new camera body?
4
How long can an SD card last in salt water?