In searching "wholesale film", I stumbled upon bulk loading. However, I noticed that most bulk film available are either black and white, or ECN process color film.

Does anybody know why there are no C-41 process color film sold in bulk reels?

A previous answer addresses what's available, and how its sold, not the availability of C-41 negative films in what amateurs have long called "bulk rolls", and why.

The only C-41 film (as opposed to ECN-2) that I know of sold in 30.5m (100 ft) bulk rolls is Ilford's XP2 Super. This makes some sense from a standpoint of tradition and user expectations, as bulk loading has historically been the domain of the DIY photographer, who were almost exclusively shooting silver image B&W films. XP2 Super is the only film still on the global market (yes, Fuji offers one -- coated by Ilford -- but it's not distributed in North America, for instance) that offers a black and white image compatible with C-41 chemistry.

Most black and white films will yield clear film if processed in C-41 -- assuming the temperature of the chemicals doesn't soften the emulsion enough for it to simply float off the base (modern films, like current Kodak, Ilford, and Fuji offerings can take the heat, but older technology films like Fomapan and expired Efke and Forte likely can't).

Ilford's (and once Kodak's) solution to being able to process C-41 films on virtually any street corner (back in the 1980s and 1990s) but having to send your film out and pay double or more to get black and white was to offer black and white C-41 film. This gave the black and white images long time amateurs craved, with the convenience of (then) one hour processing.

Back in the heyday of film, some of the more common C-41 color stocks (and C-22 before them) were offered in bulk rolls -- professionals would use these by the hundreds of rolls a year, and often processed their own negatives and even did their own color printing. This made economic sense when this market was large -- but even then, it was only a select few films, ones most amateurs of the day didn't even know existed.

With the catastrophic shrinkage of the film market, now encompassing virtually only amateurs, there is no longer enough volume in either "professional" or consumer C-41 color films to make it economical to offer them in a form that is likely to expire, unsold, on a retailer's shelves. Therefore, we no longer see films like Superia X-Tra 400, Gold 200 and Max 400 offered in any form other than preloaded cassettes, which, based on my reading, are purchased mainly by casual photographers wanting to "try film" or amateurs who don't process their own black and white, never mind color, but want to drop their film at the local Walmart or CVS and don't mind not getting the negatives back when the prints and CD are available.

Most "wholesale" color film available in "bulk" on the consumer market is surplus cinema stock. Thus the kinds of film available on "bulk" rolls are the types of film used to make movies. It's sold as surplus to get something out of it instead of having to pay environmental fees to dispose of it.

Notice the note at this developer's page for processing ECN film: 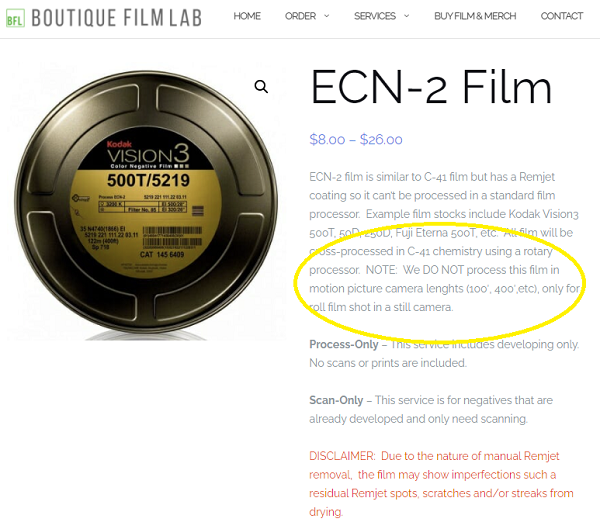 Back at the end of the film era there were a few companies that repackaged remnants of movie film left over after a production had been shot. The most well-known company that did this reloaded the movie film remnants into 35mm film canisters and branded it as "Seattle FilmWorks" 35mm camera film that was included "free" with prints from the previous roll of the same stuff you sent them to develop. 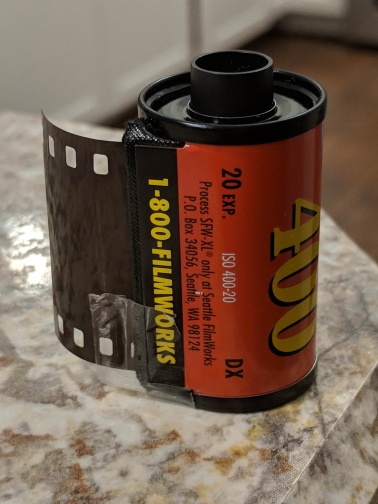 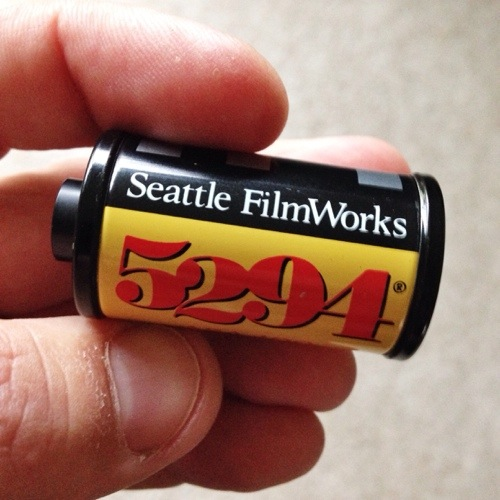