What are considerations when choosing between flash and LED lighting for macro?

I'd like to build a DIY macro-studio at home for shooting flowers and other objects. I'd like to have an option to shoot with multiple light sources - at least 4. My other priorities are low cost and also correctness of color rendering.

I'm puzzled whether should I choose LED lighting or flashes for that purpose. What considerations should I take into account?

Here are pros and cons of each option that I see.

One very important difference that hasn't been mentioned yet is when you are shooting animals such as insects or other arthropods. They are light sensitive. If you want to have narrow aperture (for getting good depth of field) and high shutter speed (for freezing movement), you need a whole lot of light. And most animals will not stay in place given a whole lot of permanent light: you want it pulsed, namely triggered by the camera. Some LED lights can do this as well, but usually needing quite longer exposure times for comparable results. As a side remark: for things like insect photography, there may be a point in not using TTL for a digital camera but rather the less precise "autothyristor" mode of a flash where the flash itself does the metering: digital camera TTL tends to rely on a pre-flash for the metering that may cause animals like jumping spiders to move before the main flash engages.

Another difference is the light spectrum. Many flowers have some very intense pigments and those tend to fall into narrow lines of the color spectrum. A flash has a continuous light spectrum and thus creates a comparatively natural color response while the result with LED lights may be less convincing.

I'm not sure I agree with your pros & cons. I use both flash & LED for macro. I don't see a colour difference between them, or not one that matters for flowers.

LED pros… you can see what you're shooting before you shoot it.
With flash you're basically trying to focus in the dark, unless you have high-end studio lights with modelling, so it's a budget thing.

Indoor macro still life doesn't need any particular shutter speed, ISO or even aperture, because your DoF is so short anyway & your lighting is controlled to the nth degree, TTL is pointless. You're in manual, for everything. 200 shots to get the lighting right… your subject never gets bored, take as long as you like.

I use LED video lighting for the subject light, & dial up some flash to illuminate my background after my foreground is set.
I paid about £300 for a pair of intensity-variable but fixed 5600k temperature video panels, approx 12"x9" but I add diffuser gel to the barn doors making them broader & flatter, & about £400 for a pair of Godox flashes & the controller. All 4 are used on the photo below. 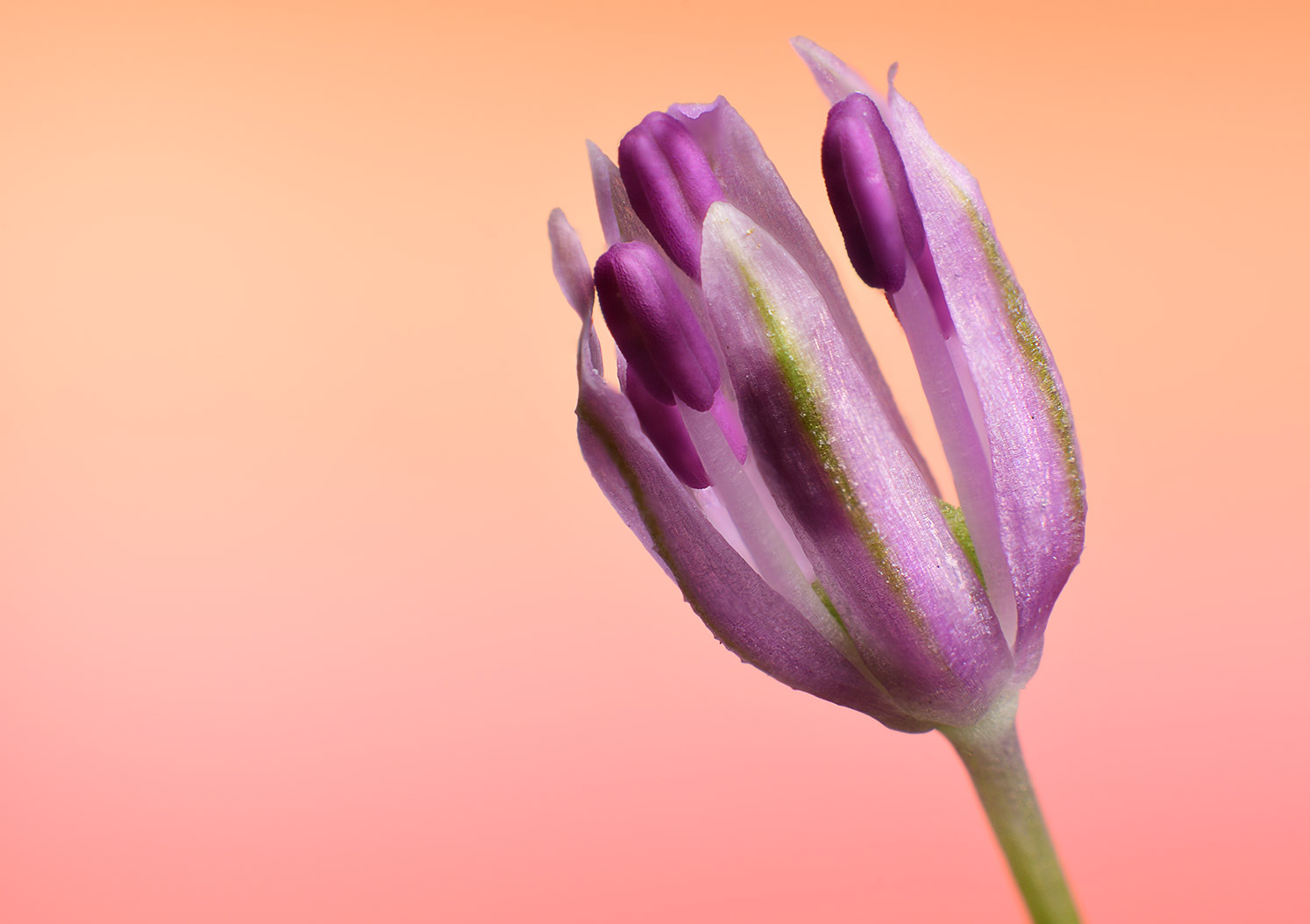 To go to the opposite end of the budget scale - this week I was on night shoots for a [secret massive budget movie] & the ratio of LED to tungsten has now really swung to LED. Almost all the floods on a massive 500m square backlot set were LED. Only half a dozen tungsten lights on the entire set, used as pick-up spots, mainly on odd dark corners of the far backdrop blue-screen.

13
What should I consider when choosing continuous lighting vs. strobes for studio photography?
12
Why do we use flash in photography?
9
What continuous light technology gives light most suitable for photo lighting?
6
How do I compare the output of an LED panel with that of a flash?

15
What are the pros and cons of using an optical trigger for external lighting?
13
What should I consider when choosing continuous lighting vs. strobes for studio photography?
23
What is the purpose of a dual LED flash?
4
What are options for macro lighting?
8
Is Flash a Must-Have For Macro Photography?
7
DIY Lighting for Macro Photography
8
What causes these bands in this macro photograph of a LED?
4
What's the difference between LED and conventional lighting?
1
Cheap lighting Vs second flash for reptile portraits?
2
Options for a 5-flash 4-group lighting set-up using Canon (compatible) gear