I have found a spot where I can take photos of owls. The problem is that they are always showing up very late so it gets quite dark. I have a Nikon D500 which goes up to ISO 51200 and last night I captured an image of an owl at 1/50th of a second with F/2.8 and ISO 25600 at 200mm. The image is very underexposed and noisy. Here is a shot I took (cropped): 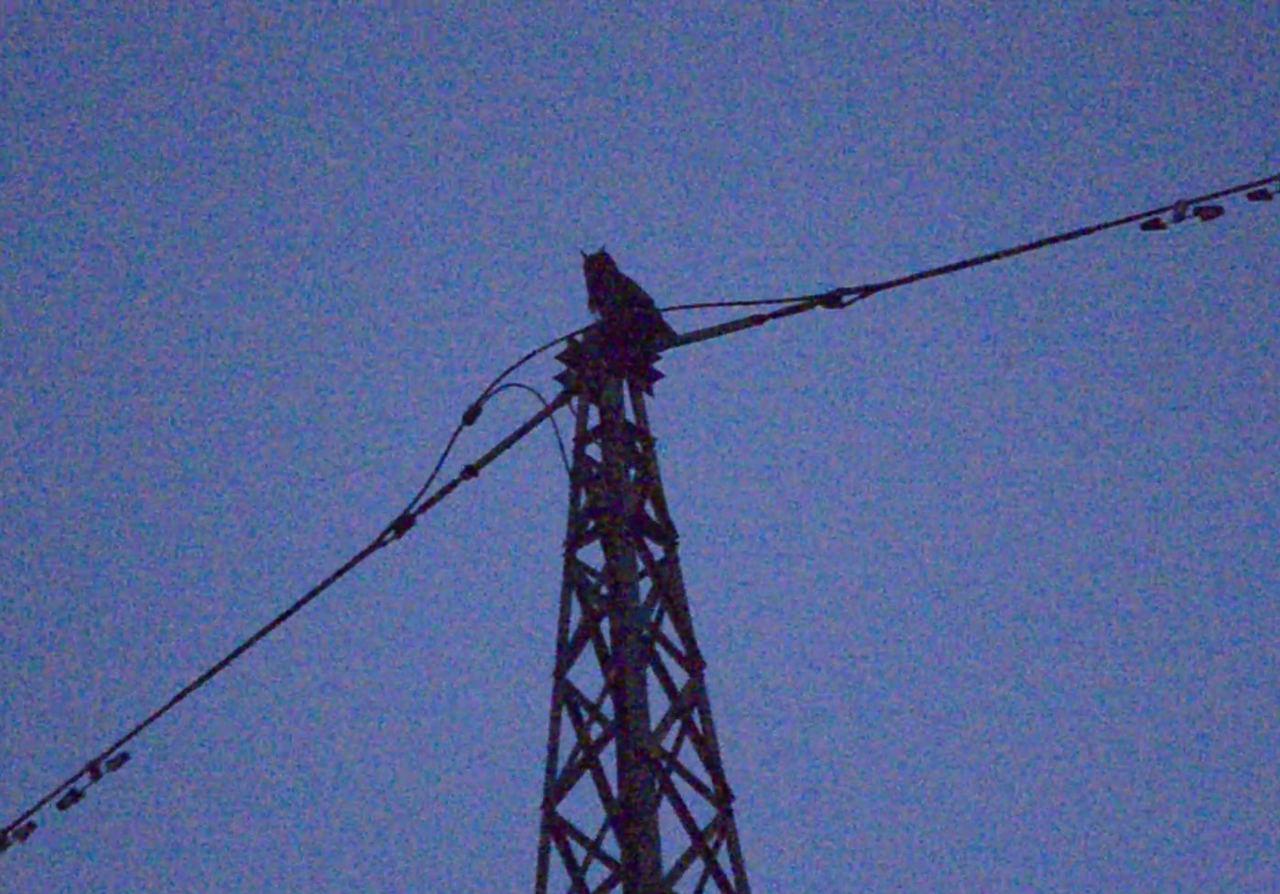 As you can see I am very far away and there is little to no detail in the owl. I want to improve the image quality as much as possible and I also own a 300mm F/4 and a 500mm F/5.6 lens. Which lens should I use to get the most out of this situation? (I know that decreasing the distance and finding the owl earlier in the day would help much more; but Im curious about the lens choice)

Have you considered flash? A cobra-head zooming flash going to 200mm tends to have a guide number of about 70 at that length. Its reach at F2.8 and ISO25600 would be 400m. For full exposure.

When working with a 200mm lens, 400m is actually quite a distance. Though you would want to work with a dark background and a lit subject, so you'll likely reduce exposure time to your flash duration (typically 1/200s) and possibly dial down ISO a bit.

Birds of prey can sit still a lot better than photographers so you could use longer exposure times, too, but particularly with the longer lenses that would require use of a tripod.

As you can see, with 1/50s and the fastest lens, your best is a washed-out silhouette against a noisy backdrop.

There are of course a number of disadvantages for a flash shot, too: probably the worst is that with a shy subject at a good distance you get to have exactly one shot per opportunity. Another is that structures such as pylons might be equipped with reflectors or reflective signs that basically halve the distance to the camera. While you can edit them out in post, they will mess with any metering (like TTL).

Also autofocus is not going to do an overly convincing job.

And there will be the red-eye equivalent of birds' eyes, and particularly eyes with good nocturnal vision will be affected.

Owls are often stationary, so mounting the camera on a tripod and using a longer exposure is one approach. I would then go with the longest lens you have, the 500. The image will be 2.5 times larger, reducing the amount of cropping. You might get away with a full second exposure. You can then step down quite a bit in ISO, reducing the grain. Take lots of shots and pick the one where it doesn't move. Nikon does make a 600mm f/4, but it is over $12k.

Welcome to what I call "the circle of equivalence"... when you get to the limits of light and reach there is no choice that is particularly better than another.

The resolvable detail is ultimately limited by diffraction/F# (if not limited even farther due to optical errors). So the longer focal lengths cannot resolve as small of a detail at a greater distance (lower MTF).

In terms of noise, it comes down to light/image area. So while the shorter/faster lens can transmit more light, it (the owl) is also concentrated in a smaller area of the sensor... so when you crop and enlarge, for an equivalent view of the owl, the light is spread back out just as if a longer slower lens had been used to start with.

Your only room for improvement that I can see would be something like the 400/2.8, which would gain you about 2 stops better noise characteristics (light/image area remaining). IMO, that's not enough of a difference to really help much in this scenario.

This isn't a full technical answer, more a series of "I failed too" anecdotes, but 'answers in comments' are frowned upon [comment now deleted], so here we go…
I feel this should be read sitting down, with a large scotch. Sorry.

Even without the lighting issues, small animals/birds from a long way off are going to make disappointing photographs.

Either get close enough… under 10 feet, preferably under 3 - 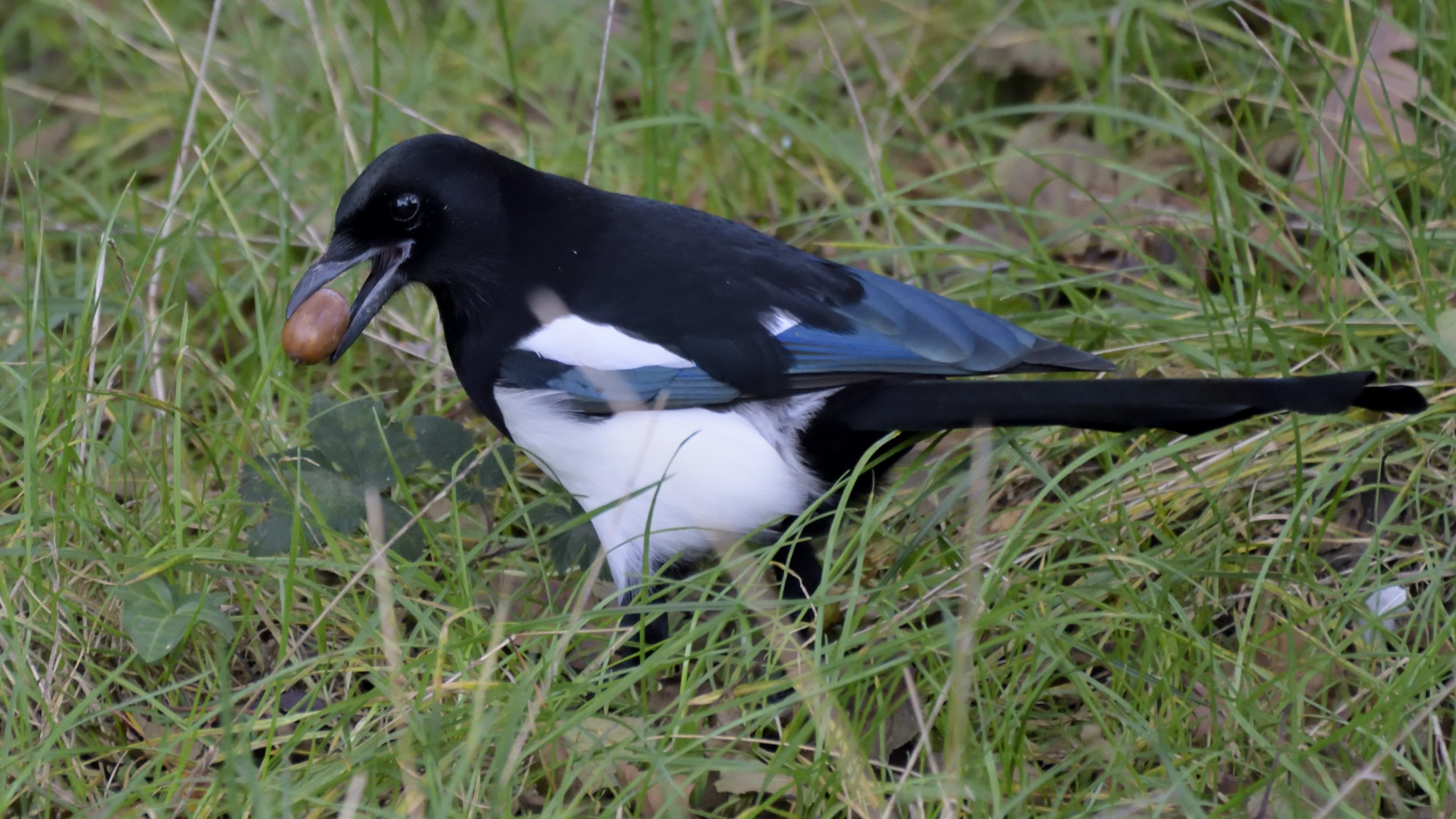 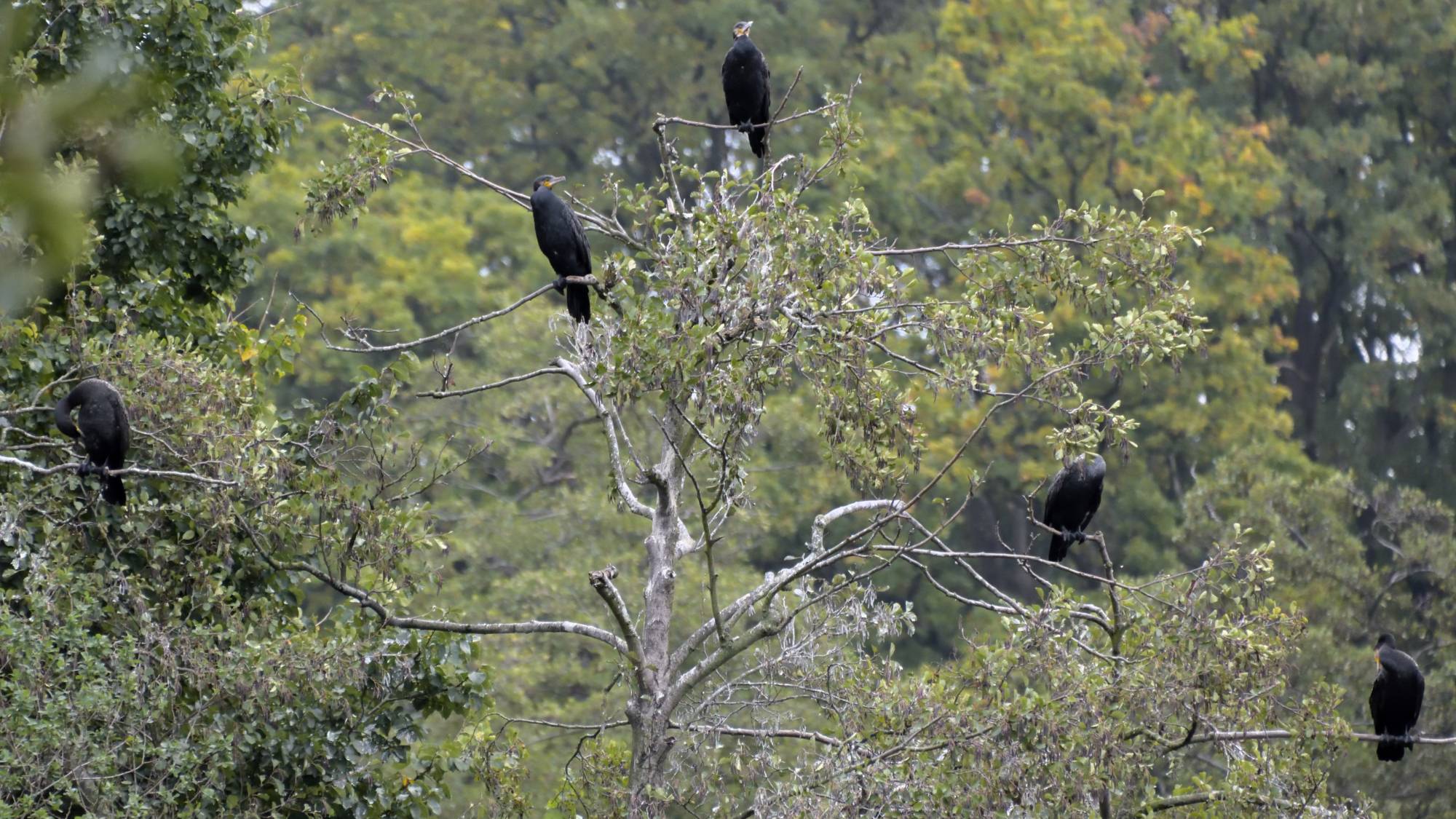 I'm not sure either of those are really keepers, but from last week's excursion, so fresh in my memory. These are both on a 300mmm, APS-C. Magpie & cormorants, if you've not got your glasses on ;)
Neither have had any significant work in post, as yet.

As you have a range of lenses to try, I'd at least go for the longest, the 500, at least once. You're not going to get anything, backlit or not, at that distance on a 200, whatever you do. I'd also go for extended exposure time over pushed ISO any day of the week on any bird that does 'staying still' for a living.

A tripod is going to help a lot. Lower ISO & longer exposure times will reduce the noise. There are arguments against that, but experience tells me the top half of the ISO setting is 'marketing ISO' rather than useable ISO. If you are relying on auto exposure to get a backlit shot, then override it with a good amount of compensation, or you will always get a black blob on a mid-blue sky.

Overall, I'd say that's a shot you're never going to get. The amount of ISO push or exposure push you're going to have to do to even get the colour of the owl into recognisable territory will be far outweighed by the disappointment at what it looks like when you crop in far enough to tell what it's a picture of. Try zooming on my cormorants for a good example. Sure, you can tell they're cormorants, but cropping to one individual bird is a pretty disappointing experience [even on the much larger original].

Flash has been mentioned, but if you've ever tried flash on a cat at night, then an owl will be a magnitude worse. Their eyes are light-catchers, they can see in the dark. Throw a flash in their direction & it will look like a bad horror movie.
That is, of course, if it doesn't simply fly off at the first flash.

…and note… even the best model can blink at just the wrong moment ;) 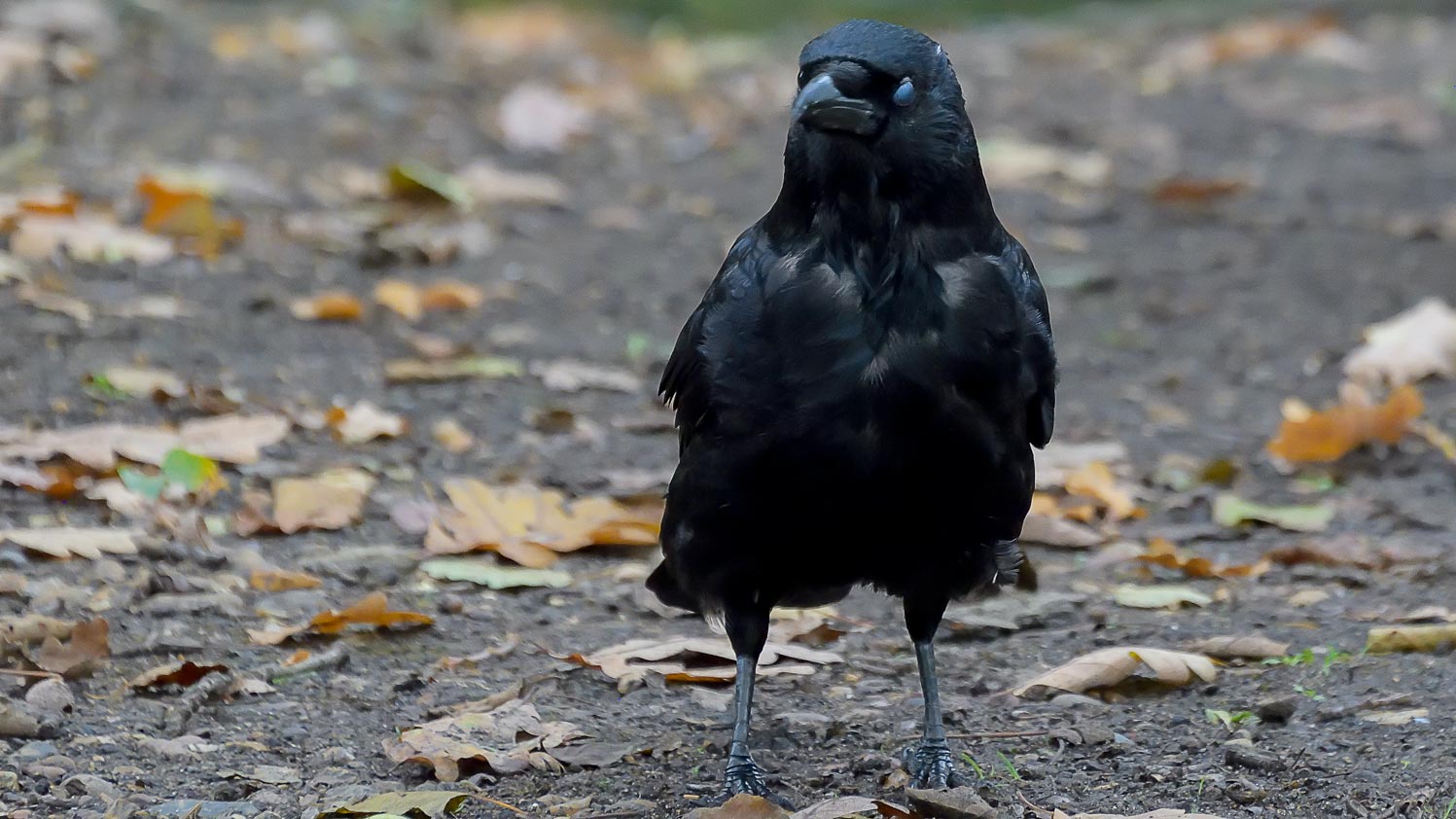 Not the answer you're looking for? Browse other questions tagged lens low-light telephoto wildlife or ask your own question.

1
Pentax DA L 55-300mm lens very soft--is it broken?
4
Should I prefer versatility or a longer focal length for wildlife photography?
6
What tripod heads are ideal to mount a large telephoto or supertelephoto lens on a tripod?
4
Nikon D3300 - Trouble Focusing on Birds both Stationary & Moving
0
How much have tele-prime lenses improved over the years?
9
Sigma 150-600mm vs 300mm prime with extender?
2
Zoom or Prime Lens(es) for Wildlife Photography on Limited Budget (Nikon D500)
0
Supertele: 400mm vs 600mm
8
How can I get sharp bird photos when the bird is further away?