What are the cross patterns in this image?

On the bottom left area of this image, we can see a very prominent pattern of straight lines in two directions crossing each other 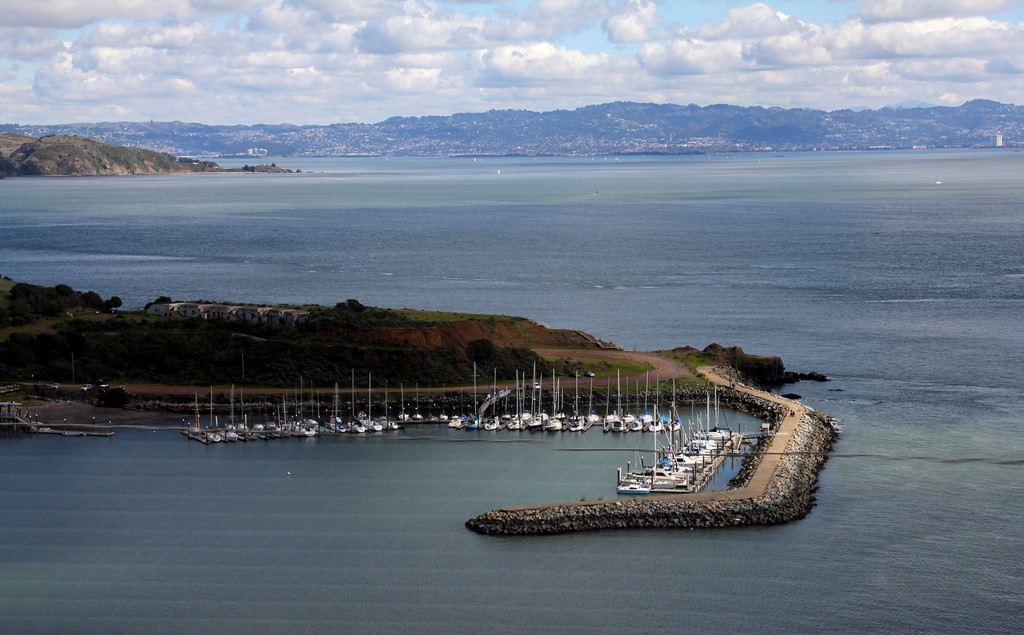 Full version of the pic is available at http://i.stack.imgur.com/NC5Ft.jpg

Is there a technical term for this? What could have caused these patterns?

Looking at the original at http://i.stack.imgur.com/NC5Ft.jpg - the pattern is caused by an obstructing diamond-mesh fence in the lower part of the photo. The 'brownish diagonal line' across the lower-third appears to be twisted two-strand wire, holding the mesh up.

The fence, being much closer to the camera than the subject, is outside the depth of field, thus blurry. The resulting uniform'ish line pattern is most likely an affect of moire.

My first thought it is some sort of structure under the water in the harbour as the lines stop where the water is clear of the harbour wall on the lower right of the image.

The angles of the lines appear to marry up with the perspective of the shot so it seems unlikely to have been caused by anything on the sensor as these would run up/down and left/right across the frame.

That said, it also seems remarkably uniform for such a large expanse... very odd!

After giving this photo some thourough examination, I can arrive at a few conclusions.

First, the funky line that streaks through the lower 1/3rd of the image appears to be a slightly out of focus cable or something...it may have just been on the inside border of the depth of field, and did not get entirely blurred away.

As for the "grid", I can't say anything definitively. Here are some facts that I see about it:

Some thoughts that come to mind are the following:

4
What is causing the cyan outline in the building in the background of this image?
12
What's the reason for this exceedingly blue reflection from buildings in this image?
2
Sony A7R Noise compared to Nikon D800/E Sample Explanation
5
What is the blue circle in this moon image?
7
What is the cause of this unusual concentric blob defect (taken in below zero conditions)?
7
What could cause this visible artifact which seems to a be a glowing inverse of something outside of the frame overlayed on this photograph?
3
What are the grey to black lines at the edges of objects in this photo?
5
Why is the bottom of this image over-exposed?